My 4th of July Adventure to Boston

This year for 4th of July my friend Kristin and I wanted to go someplace different. We wanted an adventure! Originally our plan was to head to Washington D.C. but the flights got ridiculously expensive by the time we actually were thinking about purchasing them. Kristin suggested we head to Boston, and her father generously offered to book and pay for our hotel. We were sold!

We headed to Boston on the 3rd in the afternoon and after checking into our hotel we met her friend Jon for dinner at Hard Rock Cafe. We had a couple drinks and ate delicious meals and then went to another bar before heading back to the hotel.

In the morning I woke up early and got ready while Kristin slept in. Soon enough I realized that there was a parade going on outside our window. 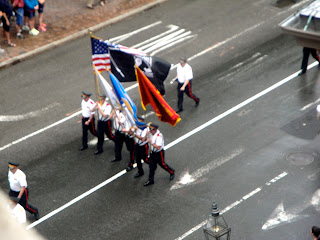 So of course I started snapping pictures... 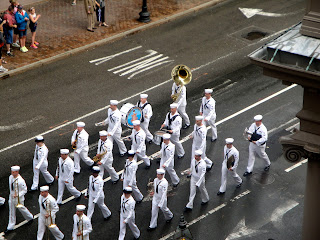 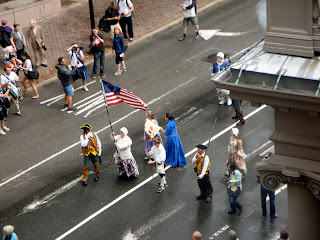 Later that day, Kristin and I met up with her friend Jack to get lunch and sit outside and enjoy some drinks. This green concoction was particularly yummy! 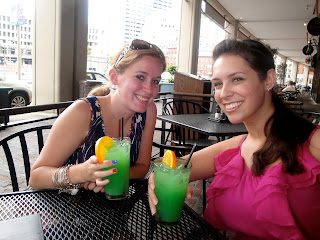 Then later that night....it was time for fireworks!!!! 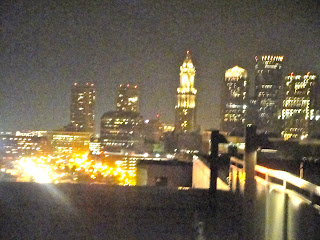 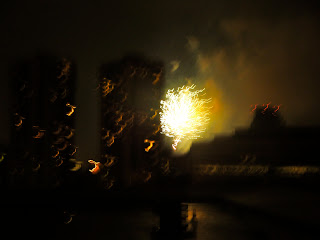 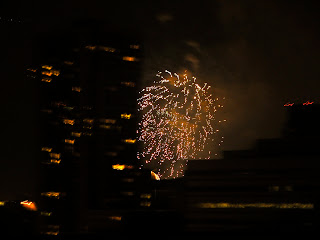 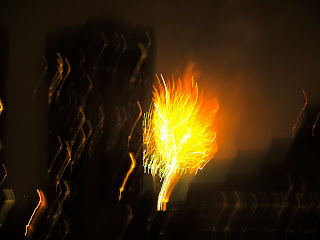 We were lucky enough to watch fireworks from a rooftop in Boston. It was amazing.

Unfortunately, I began to feel a few raindrops...and then all of a sudden it turned into a downpour!!!

Although the fireworks were interrupted, it was nice to get away for a few days and spend time with one of my best friends!!!