Narragansett, RI is where I spent a HUGE amount of time in my college days, and even after I graduated. It's heavily populated by URI students so often it is the place to be for parties, the beach, and just to hang out. Unfortunately it was hit pretty hard by Hurricane Sandy.

Before the power went out, my family and I took a ride down in the rain to see what the water looked like. 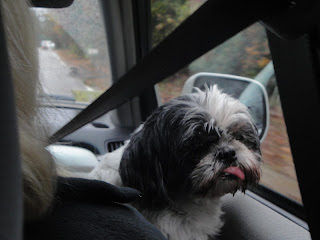 When I said my whole family didn't you assume Roxy came with us as well?! Well, if you didn't now you know she is always a part of the family! 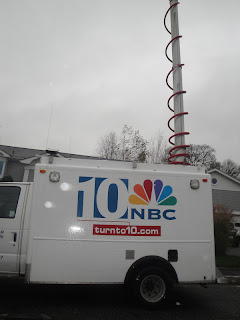 Channel 10 News was there filming footage right at the Narragansett Seawall. 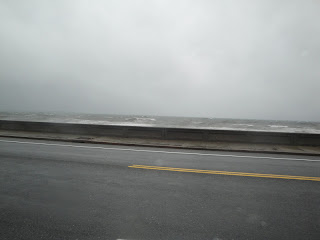 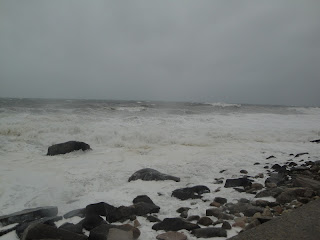 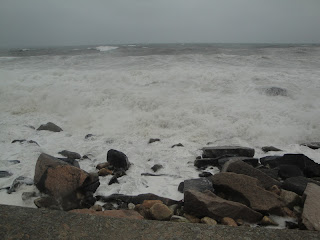 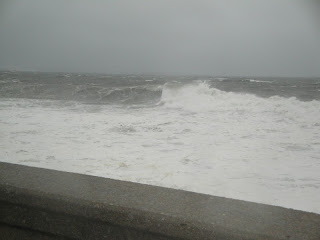 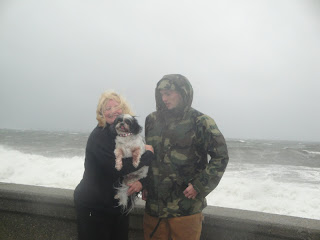 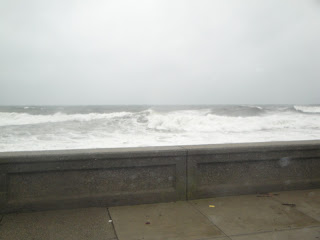 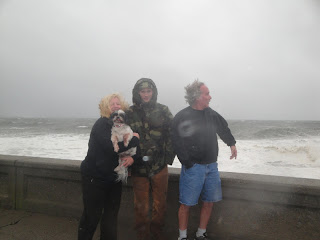 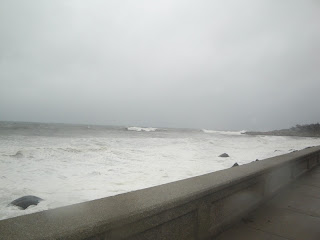 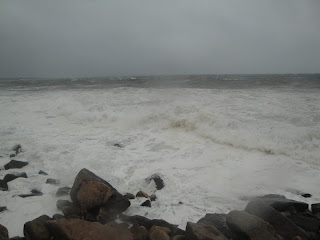 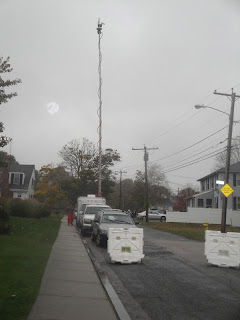 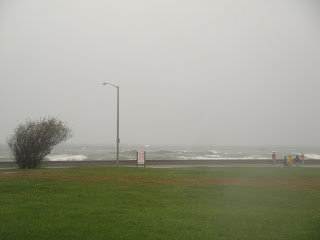 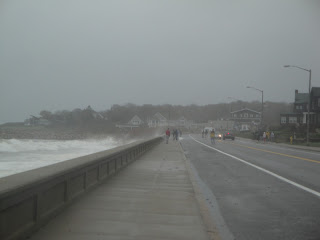 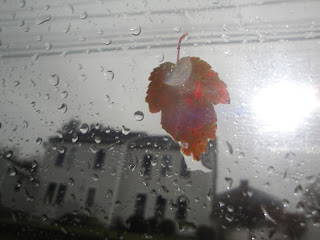 And this picture is from after the storm, you can see the sand all over the road- it is completely destroyed. So sad =( 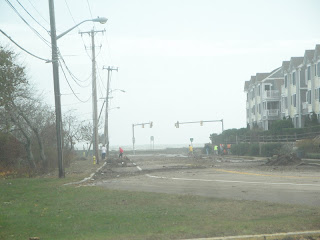 This hurricane was unbelievable. Some of my favorite places were torn apart- including the Coast Guard House in Narragansett. It was a place we had so many dance company fundraisers throughout the years.

Rachel came to Rhode Island on Wednesday and wanted to see what had happened so we attempted to drive into Misquamicut to see the damage but were unable to get through because of road closures and the National Guard. We pulled into Split Rock which was very pretty anyways- but couldn't see much from where we were. 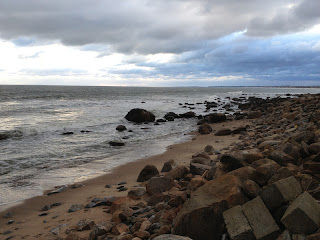 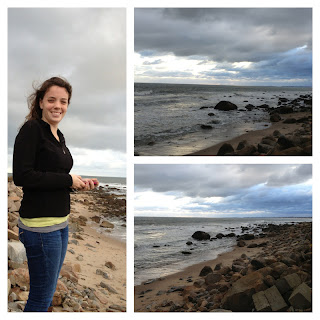 Some of my favorite places in Misquamicut took a beating as well- The Windjammer and Pattys. As well as in Matunuck- The Ocean Mist had some cosmetic damage.

A few houses in Charlestown Beach were washed away by the storm, and all the beaches nearby lost their dunes because they were destroyed by the waves. Such a sad time for everyone around here. All the people that lost so much are in my prayers- I definitely am so thankful for how little we had to deal with here. Also I wanted to mention that Rachel and her family lost her beloved grandmother (her 3rd grandparent loss in the past year) so please keep them in your thoughts as well- their family has been through so much lately...

Have a great day everyone.