This was pretty much a lazy weekend all around. I spent Saturday working on an organization project and watching Harry Potter weekend on ABC Family. I am still, after all of these years obsessed with the Harry Potter movies and books...I know so lame, but I'm sure there are plenty of us out there!

Sunday morning was spent surfing blogs and watching the last two Harry Potter movies to round out the weekend. Then it was party time.... 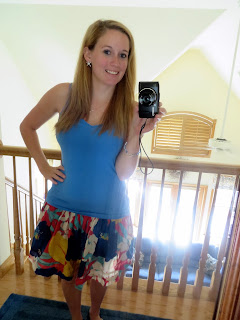 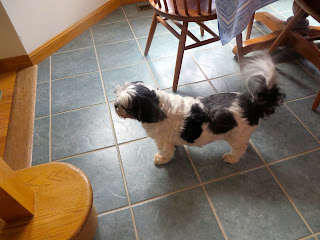 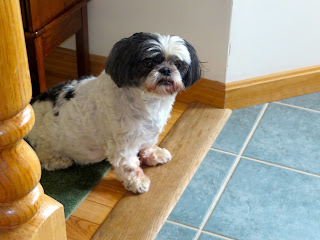 For my Papa's 79th Birthday we invited the whole family over for a little party. Annabel and Uncle Craig enjoyed swimming in the pool, but since it was so cloudy no one else opted to jump in. Cailean probably would have gone in as well, but he is currently visiting his other set of grandparents right now. 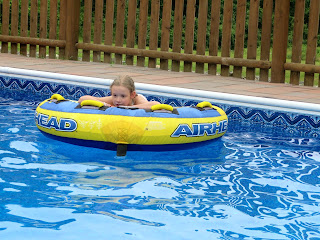 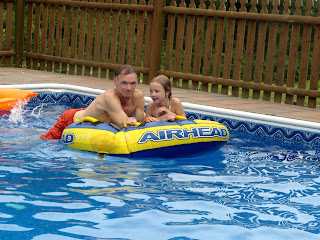 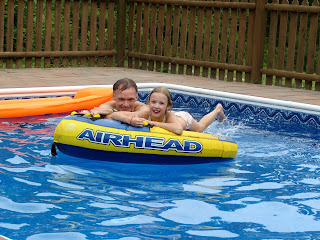 Dan and his girlfriend Nikki even hung around with us which was nice. 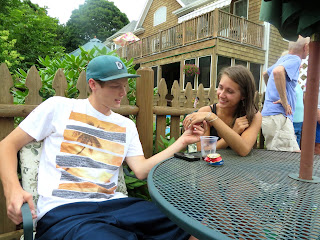 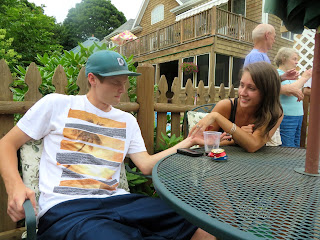 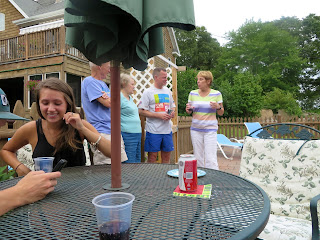 For dinner we had spinach lasagna, bakery pizza, barbeque chicken, corn on the cob, and pasta salad. I took a little bit of everything and my eyes were WAY bigger then my stomach. I was glad I didn't also take the salad and beans that were also out. 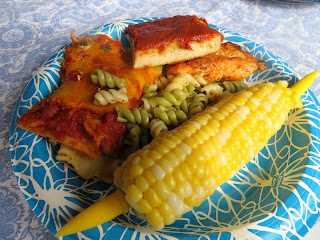 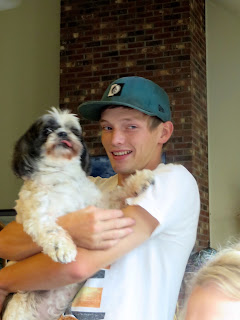 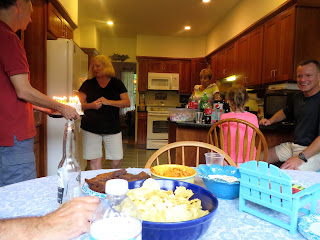 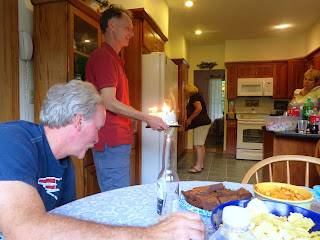 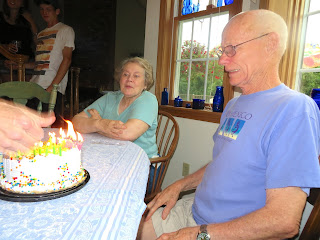 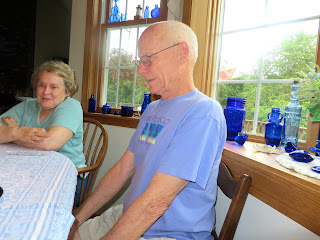 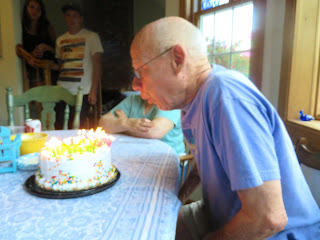 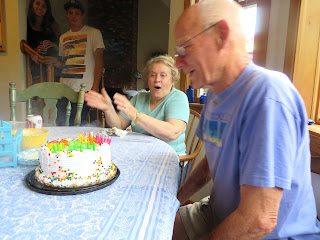 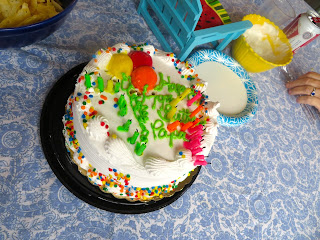 Annabel picked out my Papa's cake, but I was so full by the time dessert came around that I didn't even have a slice. We also had mini Friendlys ice cream sundaes and also brownies which I'm sure I will be snacking on for the coming days.

It was a great party and I was so happy to be able to spend time with some of our closest family members. My mom, Vivian, Papa and I had a great time talking about our upcoming trip to France! We will be going in September so it is just over a month away! =)

Well I'm off to start my week! I hope everyone else had a fantastic weekend, whether it was resting or busy!
Posted by Melissa at 8:00 AM