Day 3 at Disney World started off with the safari ride at Animal Kingdom! We had heard that early morning was the best time to go on this ride because the animals had just been fed and were more likely to be out and around during that time. It was definitely true! I saw more animals on this safari then I ever have before. Here is just a few of the pictures I snapped during the safari.... 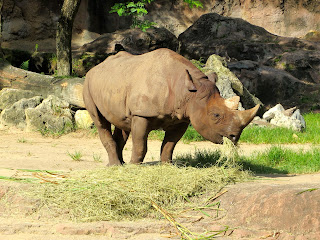 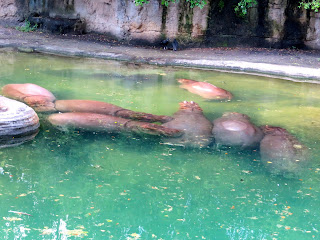 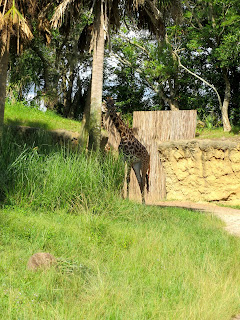 In addition to the safari ride, we also went on Kali River Rapids (where I got completely soaked!), Expedition Everest (one of the best rollercoasters ever!), and Dinosaur (scariest ride ever!). I love rides where there are huge drops, but I hate anything where things jump out at you. I would much rather ride Tower of Terror a thousand times in a row then go on a ride where something jumps out at me! 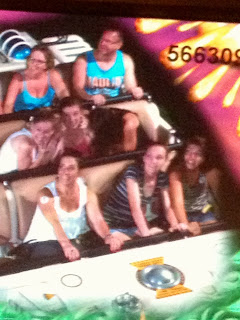 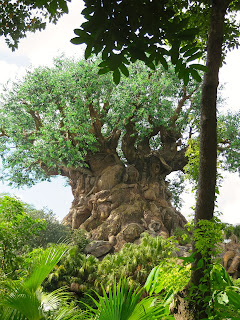 We also went to see The Lion King show, which was amazing! There is so much talent on the stage it is unbelievable. I especially appreciated the amazing dance routine and the incredible gymnasts. I truly enjoyed every second of it and think that I could easily watch it more than once in a day. 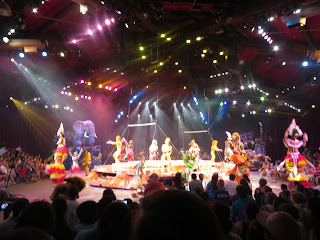 After leaving Animal Kingdom it was time to head back over to Epcot. We didn't get a chance to work our way around the countries the day before, so we took our time perusing the countries we were interested in.

I saw Duffy the Disney bear! 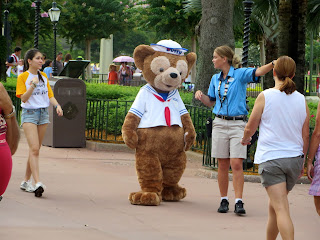 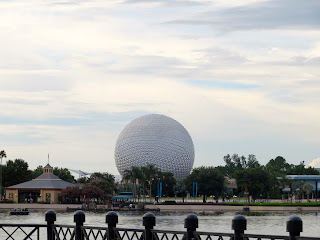 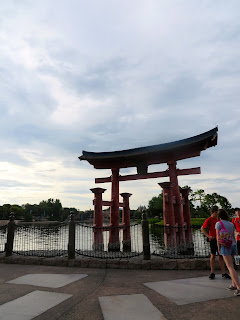 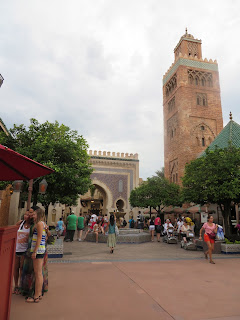 Sam got a henna tattoo in Morocco, and that gave us a chance to check out all the fabulous jewelry that was in there! 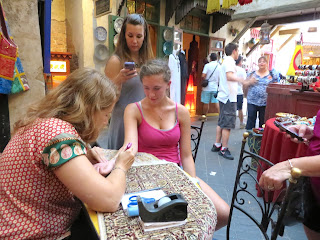 We also managed to catch a glimpse of a few other characters! 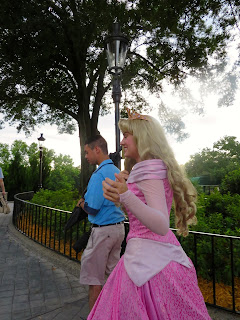 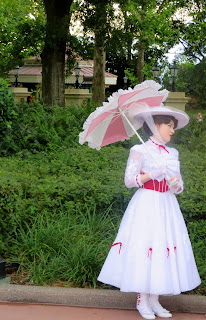 Then we headed to the Polynesian resort to relax on the beach and watch the fireworks over the Magic Kingdom. We had a perfect view of Cinderella's Castle and it was truly an amazing place to watch the fireworks, I highly recommend it!

While we waited for the fireworks Sam decided to make a "hidden" Mickey in the sand. A lot of people walked by and pointed it out and took pictures of it. Sam was grinning from ear to ear! 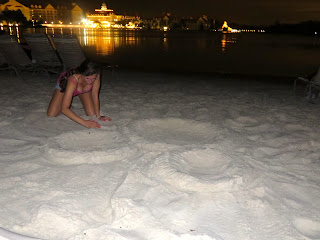 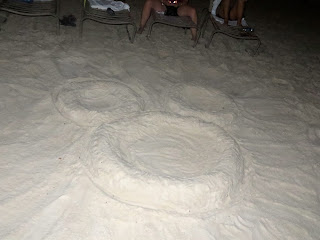 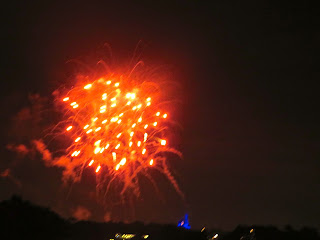 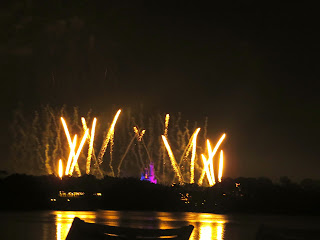 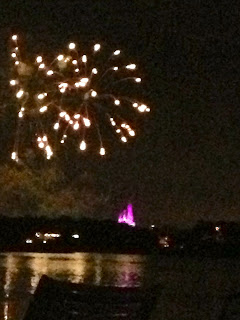 It was a great last night in Disney World, but we still had one day left to explore so stay tuned for tomorrow's post on Disney, Day 4!
Posted by Melissa at 8:00 AM