On Saturday I went to see my cousins perform in their local camp play which to my delight was The Little Mermaid! 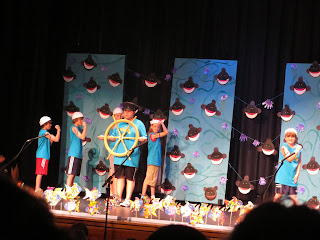 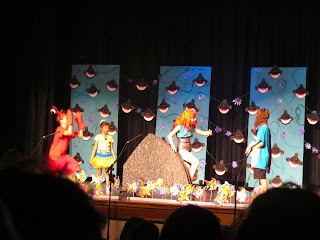 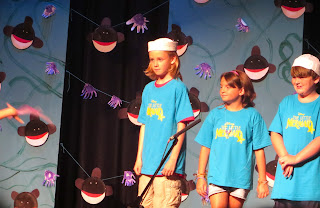 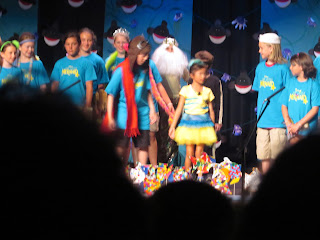 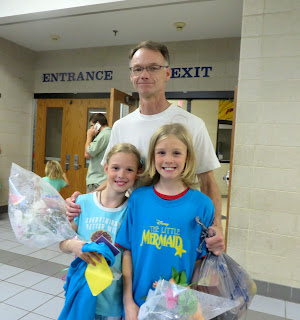 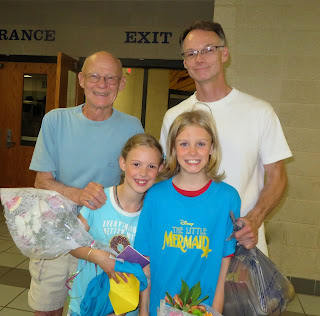 It was a terrific show, very well done especially for only 2 weeks of rehearsal! Cailean was one of the sailors on Prince Erics boat and Annabel was part of the chorus. They did a fantastic job as part of the play and all the other kids were great as well.

The little girl who played Flounder was absolutely adorable and by the reactions of the entire audience, everyone else thought so as well. She was a tiny little girl and had the cutest voice. The way she delivered her lines reminded me a lot of the way Lily from Modern Family does. It was in almost a dead-pan but sweet voice. Such a cutie!

Afterwards we (my mom and I) met up with Cailean, Annabel, my Uncle Craig and my Papa to get some pictures. Then we headed home since we were both so exhausted.

I basically wanted to organize my life this weekend with everything I've been putting off. I have been cleaning up and getting all my stuff organized again.

Hopefully that will lead to a nice organized week! =)

Hope everyone had a great weekend!
Posted by Melissa at 8:00 AM