Bonjour! I have been without wifi for a few days and finally have the opportunity to blog...

Monday was our second day in Normandy, and we started it off with a quick 15 minute stop at Omaha Beach... 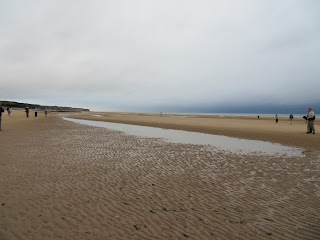 Unfortunately, it was a rainy, icky day and that put a hindrance on all our outdoor activities for the day. It didn't stop us from going to the beach though!

When we went to Omaha Beach, the tide was very low, which was interesting because we had just learned that on D-Day the tide was very high and the soldiers didn't have much beach to cross in order to get to the German/Nazi forces.

After our quick trip to Omaha Beach, we went to the American Cemetery where many of U.S soldiers from WWII are buried.

The veterans in our group all stepped forward to take part in the flag raising ceremony. 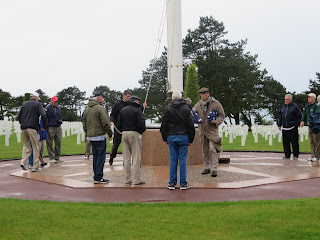 We spent some time in the museum at the cemetery, and then went to the coast again to look at some of the remnants from the Nazi/German troops. It was really cool to have a look inside the structures and see how they were built. 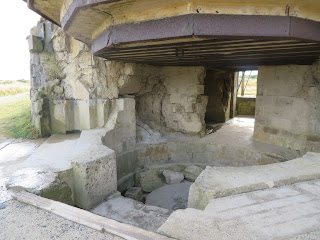 We actually got to go underground inside one, which was one of my favorite parts of the day! 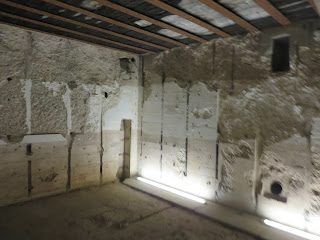 Looking out to see if the enemy troops were approaching... 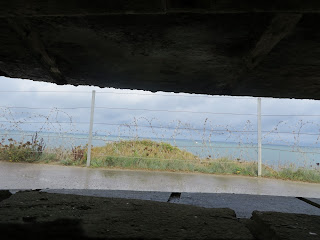 Besides being a place of historical significance, it was also a beautiful place to look out over the ocean.. 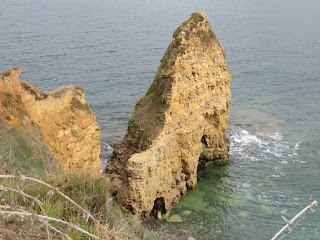 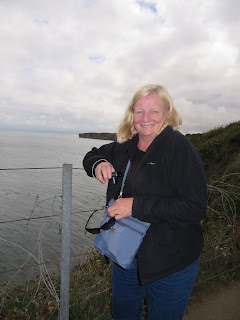 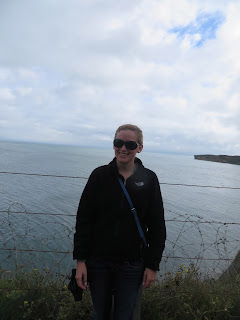 For lunch, we stopped in the small town of Sainte Mere Eglise and had a margarita pizza which was delicious! 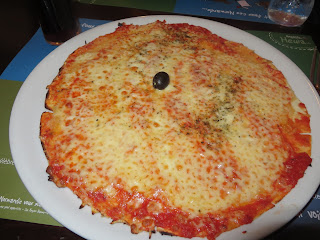 Margarita pizza is evidently just cheese and sauce with an olive on top- pretty plain, just the way I like it.

The church in Sainte Mere Eglise has something interesting hanging from the steeple- can you spot it? 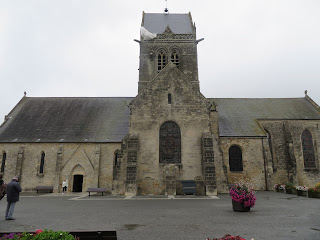 There is a silhouette of a paratrooper hanging from the steeple. Apparently, when the paratroopers came to Sainte Mere Eglise one man landed on the steeple and was captured by the German force and held prisoner.

There is a beautiful stained glass window in honor of the paratroopers that came and gave France back their freedom. 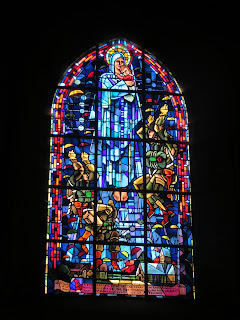 We also visited the Airborne Museum where we saw a ton of information on the pilot and airman outfits from WWII as well as some life-size models of cars and planes. 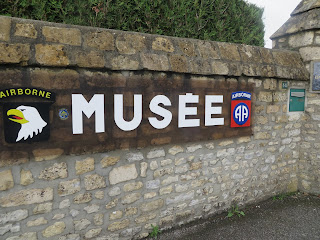 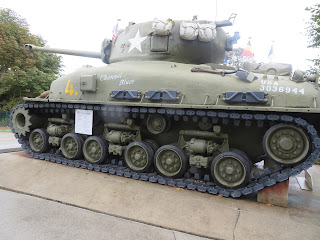 Then went to yet another beach, Utah Beach. It was just as beautiful as the others. 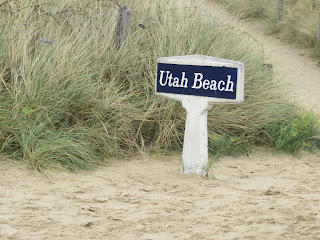 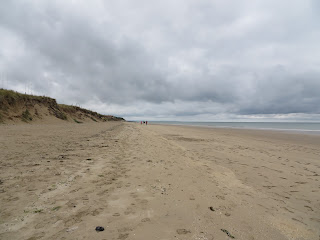 Our last stop of the day was at Ferme de la Sapiniere, a local cider farm. We were able to tour the facilities and had a tasting afterwards. 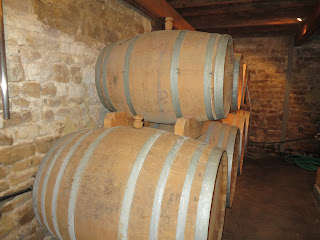 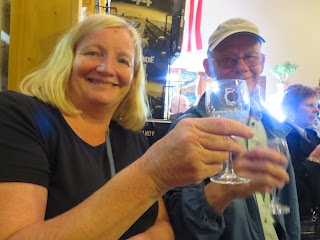 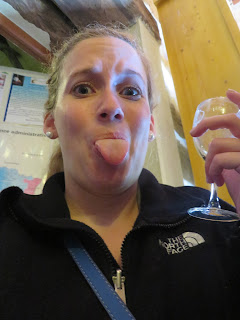 We tried different things at the cider farm. The apple juice was alright, the cider tasted like beer and I didn't care for it all that much. We tried two hard alcohols, one was delicious and one was VERY strong. I believe the picture above was after the last sip- one lady on our tour remarked "That'll start your car up!"

Dinner was at the hotel and I picked chicken and french fries. 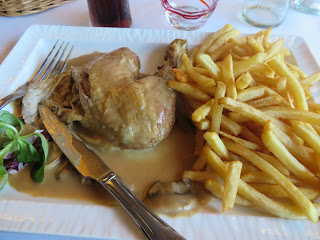 Tea after dinner came in a strange little cup... 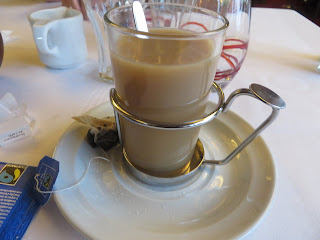 Have you ever seen anything quite like that before? I hadn't! 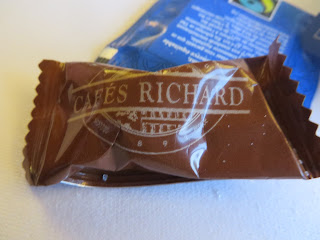 And who can have dinner without a candy for dessert?! 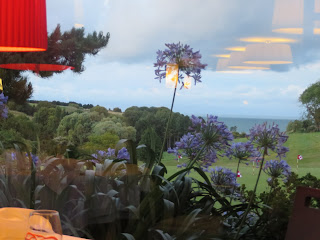 The hotel is just beautiful and we had such a lovely view throughout the dinner.

Back soon with the next leg of our trip!!!
Posted by Melissa at 4:17 PM