Last year I went to the Boston Ballet Nutcracker with one of my friends, Kristin.  We decided a couple of months ago to attend it again this year and I was super excited to head there on Thanksgiving weekend.

I grabbed a large coffee from Dunkin Donuts, met up with Kristin and we were off! 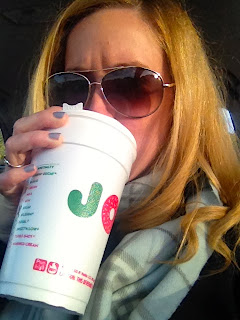 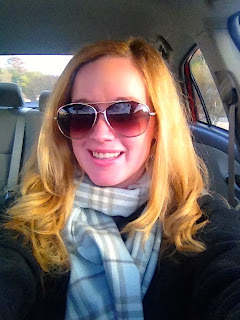 Kristin and I booked a room at the Hilton Boston so we were able to drive right into the city and stay nearby.

If you've never been to Boston before, I recommend that you go at Christmas time because the city looks so incredibly beautiful. We were able to see the tree all lit up. 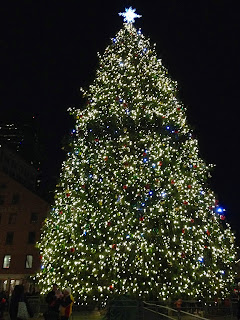 After taking this first picture, I decided to walk around to the other side of the tree since this side was missing a whole section of lights. 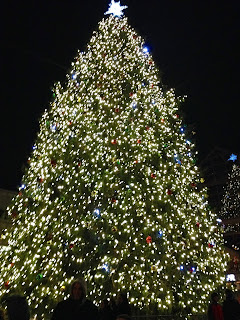 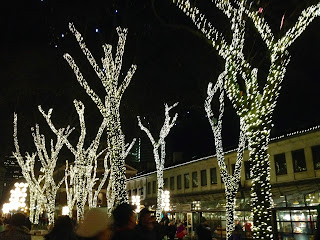 They do such a beautiful job making the city look beautiful and festive.

After checking into the hotel, we headed to dinner at Bertucci's and then drinks at Zuma Tex-Mex Mexican restaurant where we had delicious pineapple margaritas!

After a quick drink it was time to head to the show! 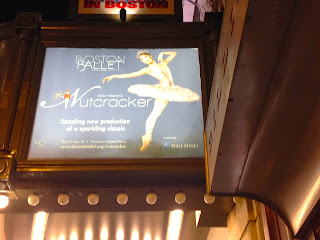 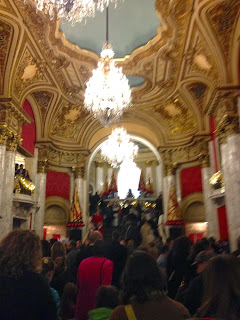 The theatre is absolutely beautiful! 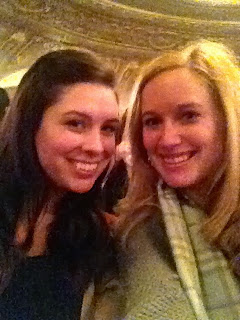 Ready to enjoy the show! 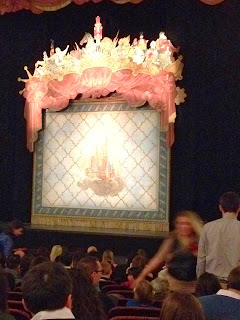 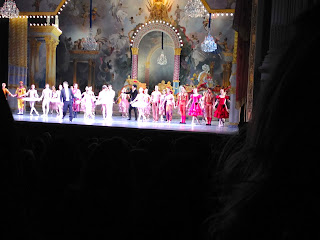 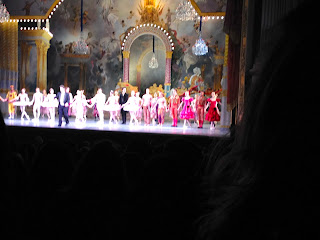 I snuck a few pictures during the final bows, figuring they could kick me out at that point if they really wanted to ;)

When the show was over, we headed back to the hotel to get a good nights sleep...until we woke up to someone singing!!! The women across the hall from us was singing at the top of her lungs... she was completely bonkers and she had her door propped open and all. Crazy people.

At least we had breakfast in bed! 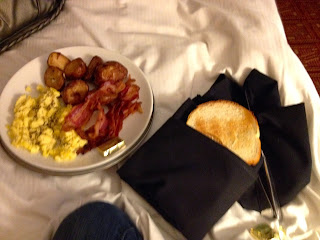 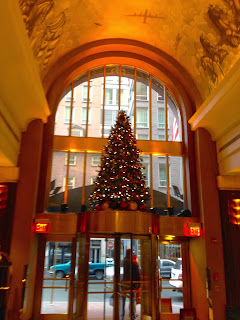 It was a wonderful night at an amazing show! I highly recommend going to see the Boston Ballet version of the Nutcracker if you are in the area, I have seen other versions of it, and this one has been the best!

Have you ever seen the Nutcracker?

Has anyone ever woken you up being crazy at a hotel? =)
Posted by Melissa at 8:30 AM