There were a few areas that desperately needed to be organized and thinned out!

The first area was our cupboard where all our tupperware containers are kept. There are a few other items in here such as kitchen appliances we don't use every day.

This is what it looked like before the clean out... 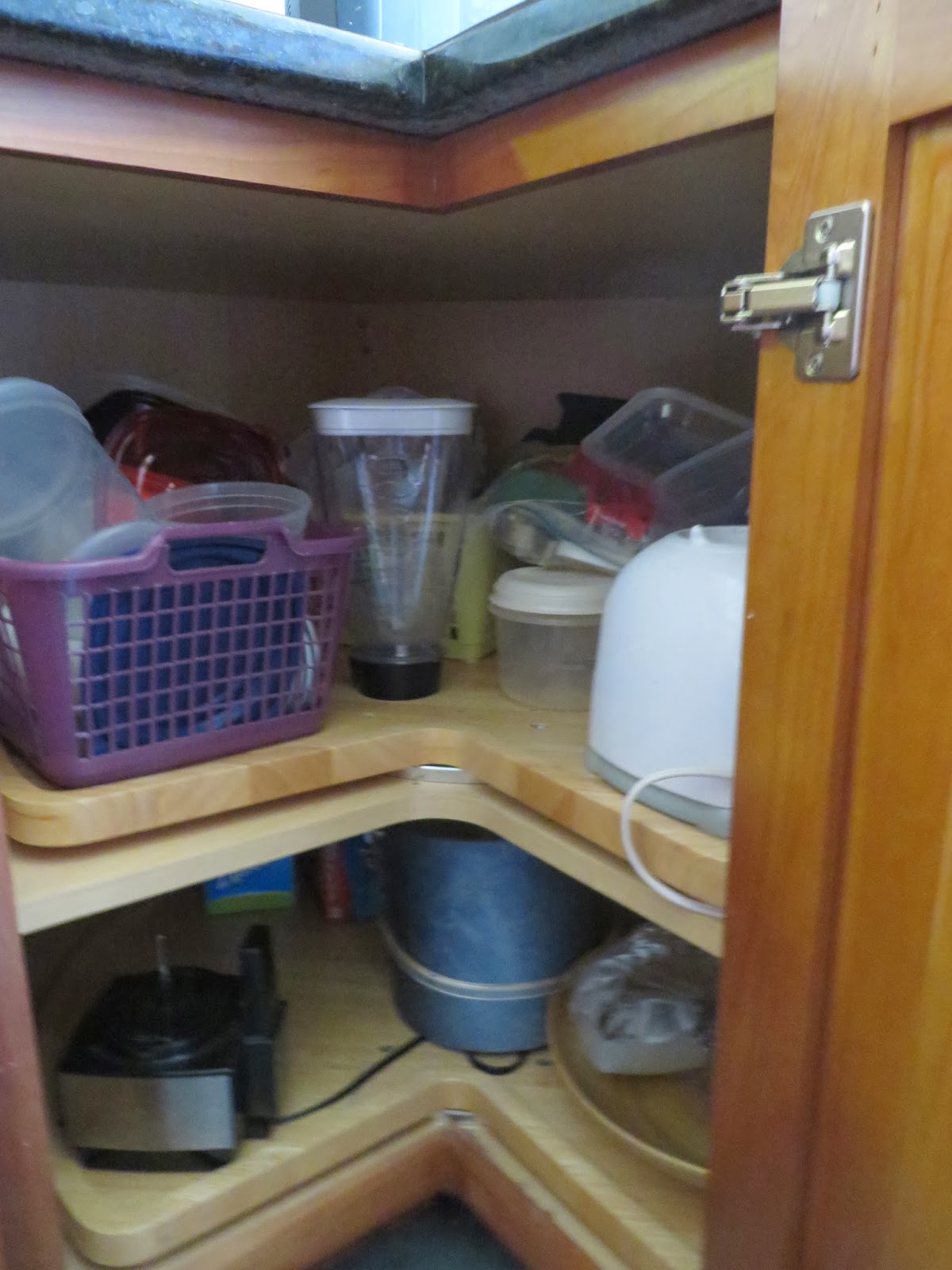 Now, my first rule of organization, empty everything out! Once you get everything out of a cupboard or drawer you can see what you have and figure out what you don't need! 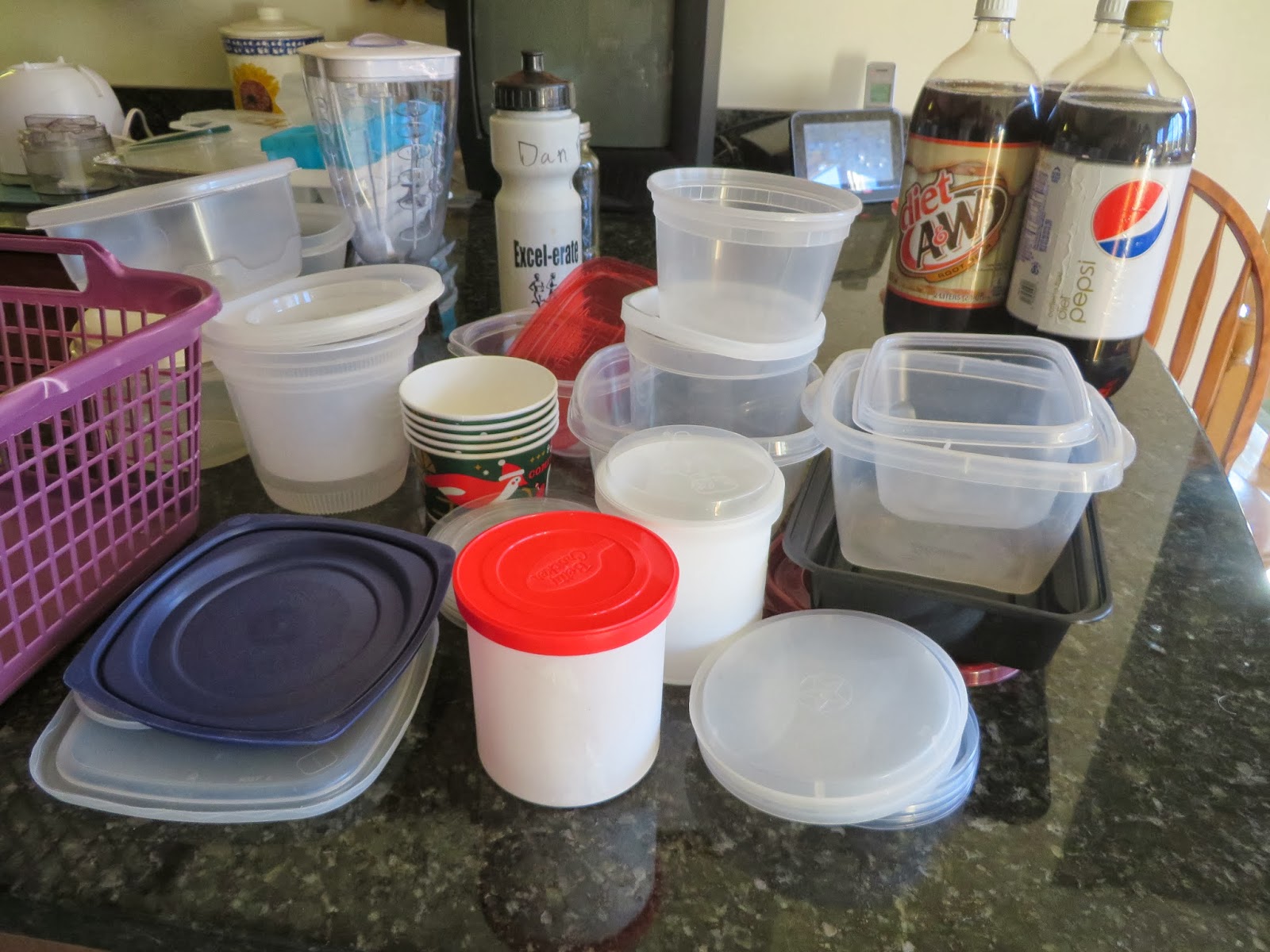 Then it's time to sort out what you no longer need and then organize the things that you want to keep. 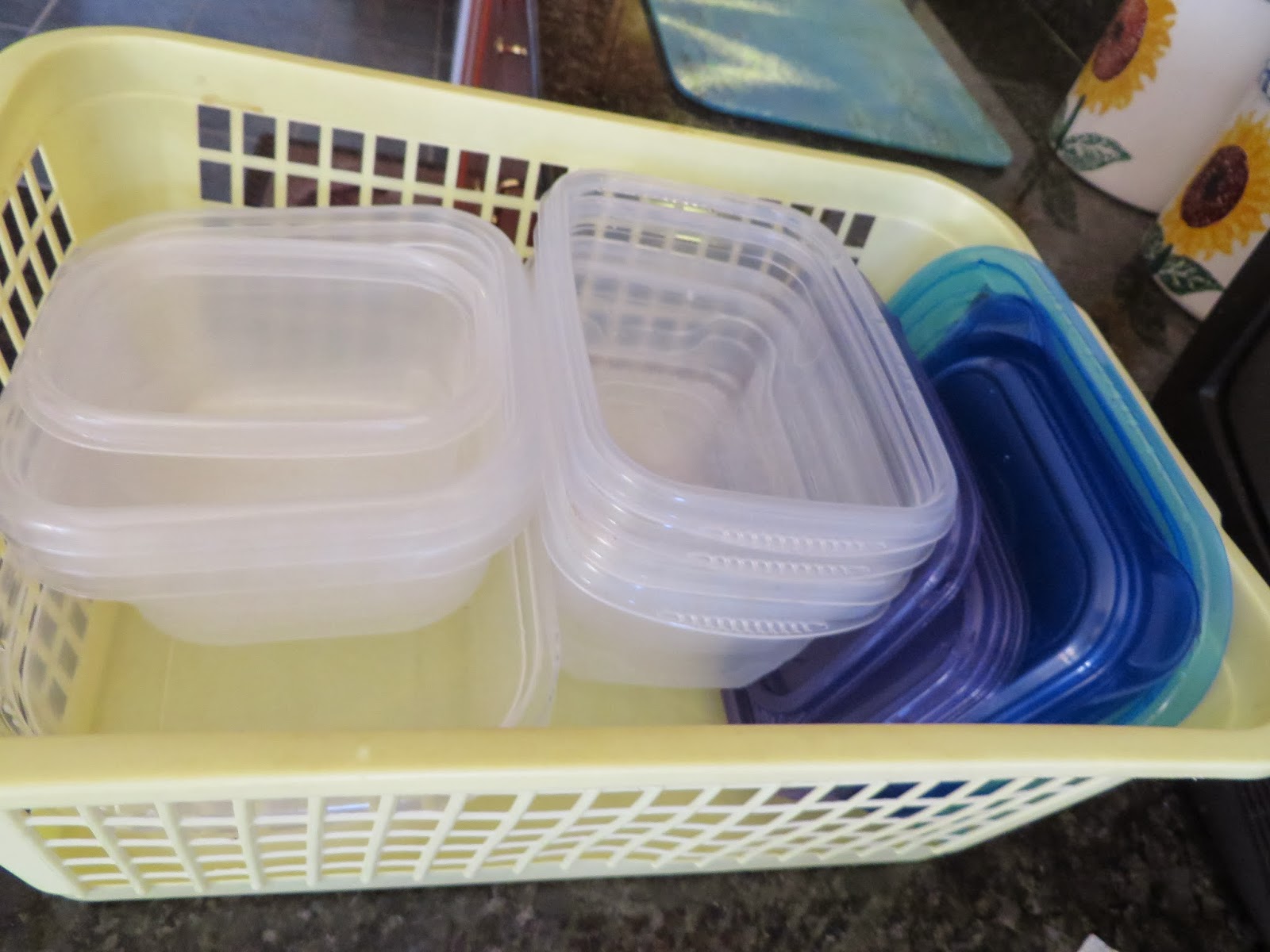 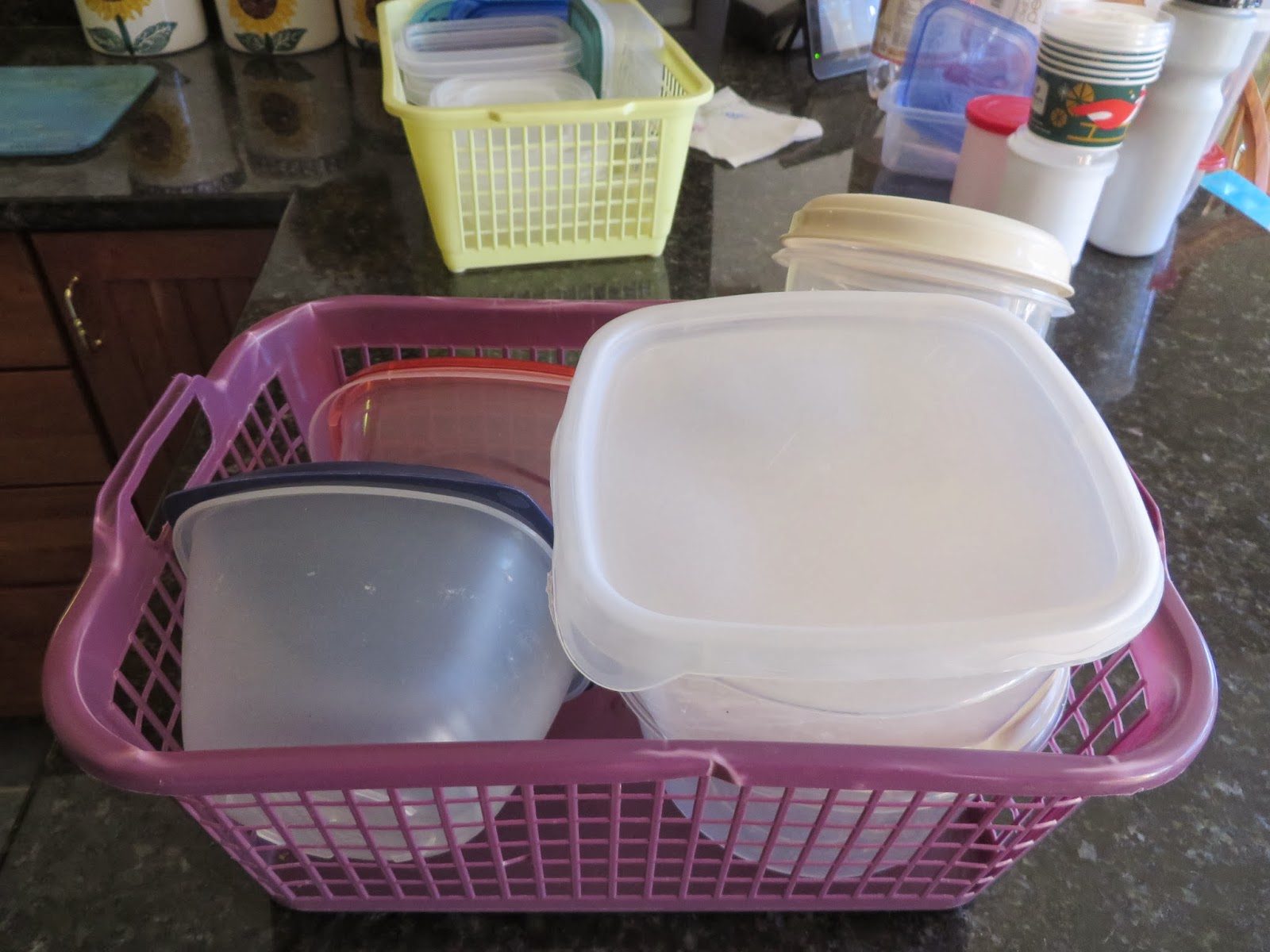 We kept a limited number of tupperware because we really don't use a ton of it. The ice cube trays were tossed, as well as a few bottles of flat soda and paper ware we were never going to use. Any items that could be donated were brought to the salvation army, but a few items needed to be recycled since they were in such poo condition. 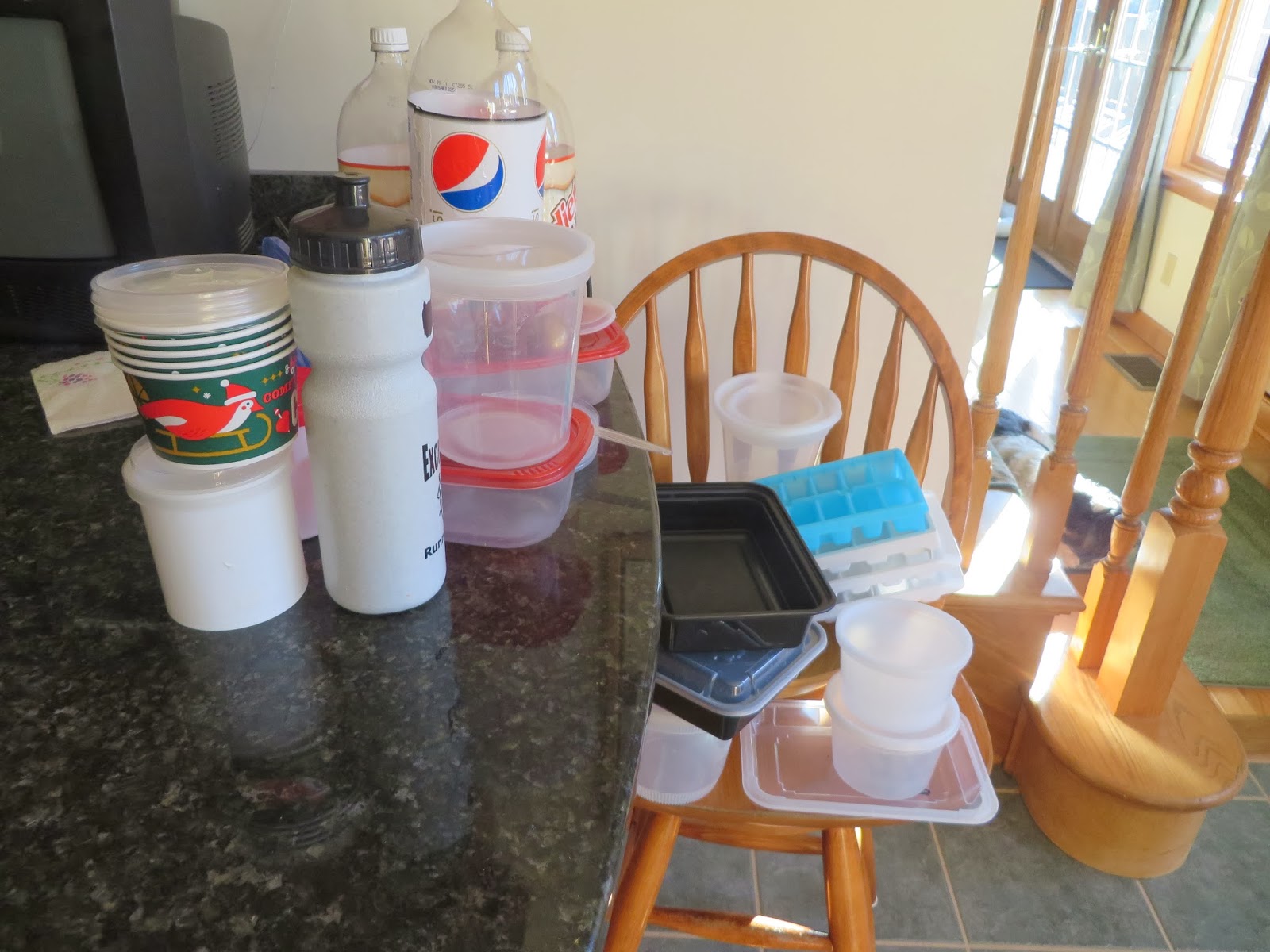 Everything fits in so much nicer now! 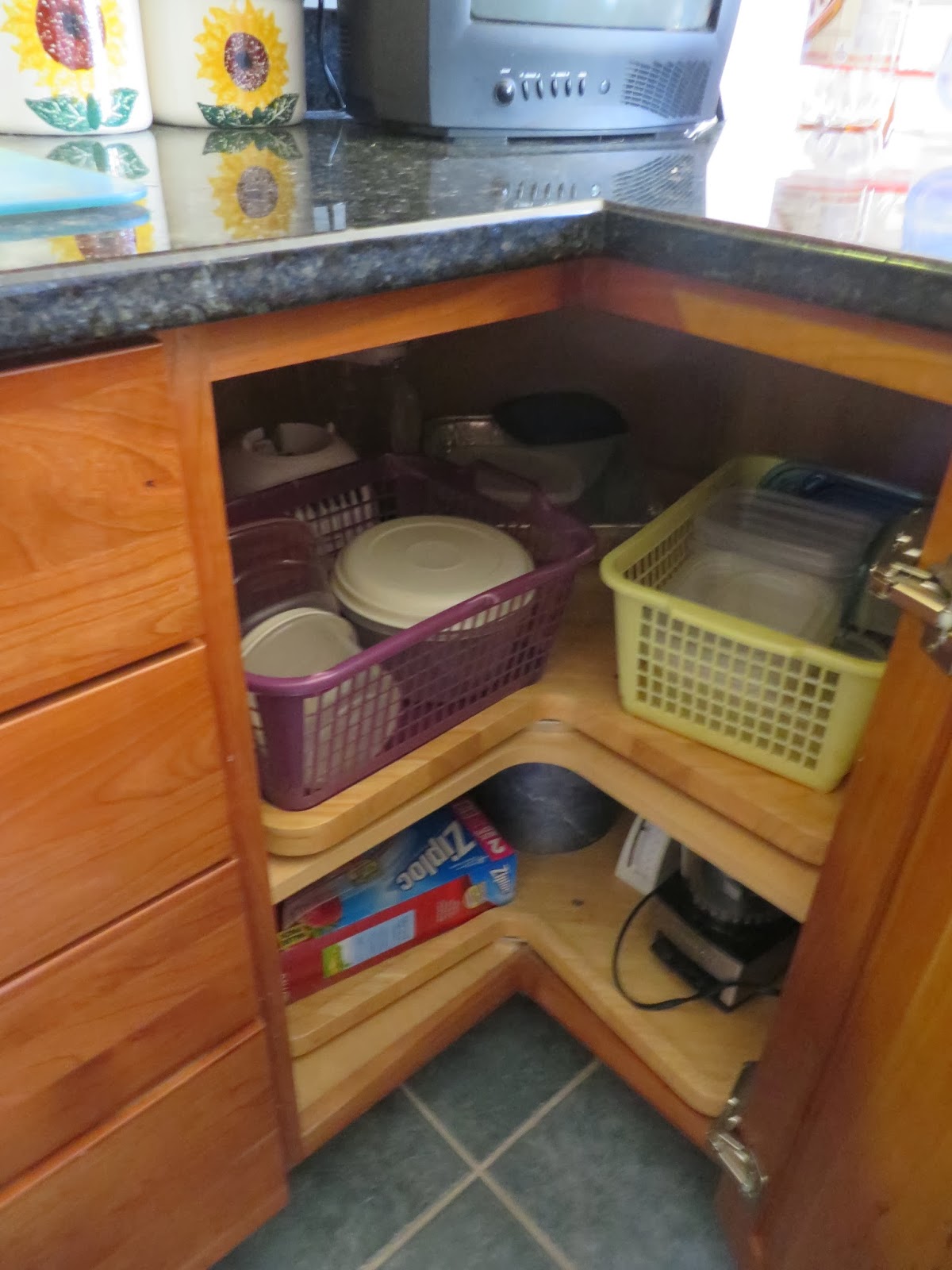 We also found some things in other cupboards that had been hanging around for years and were ready to be tossed. 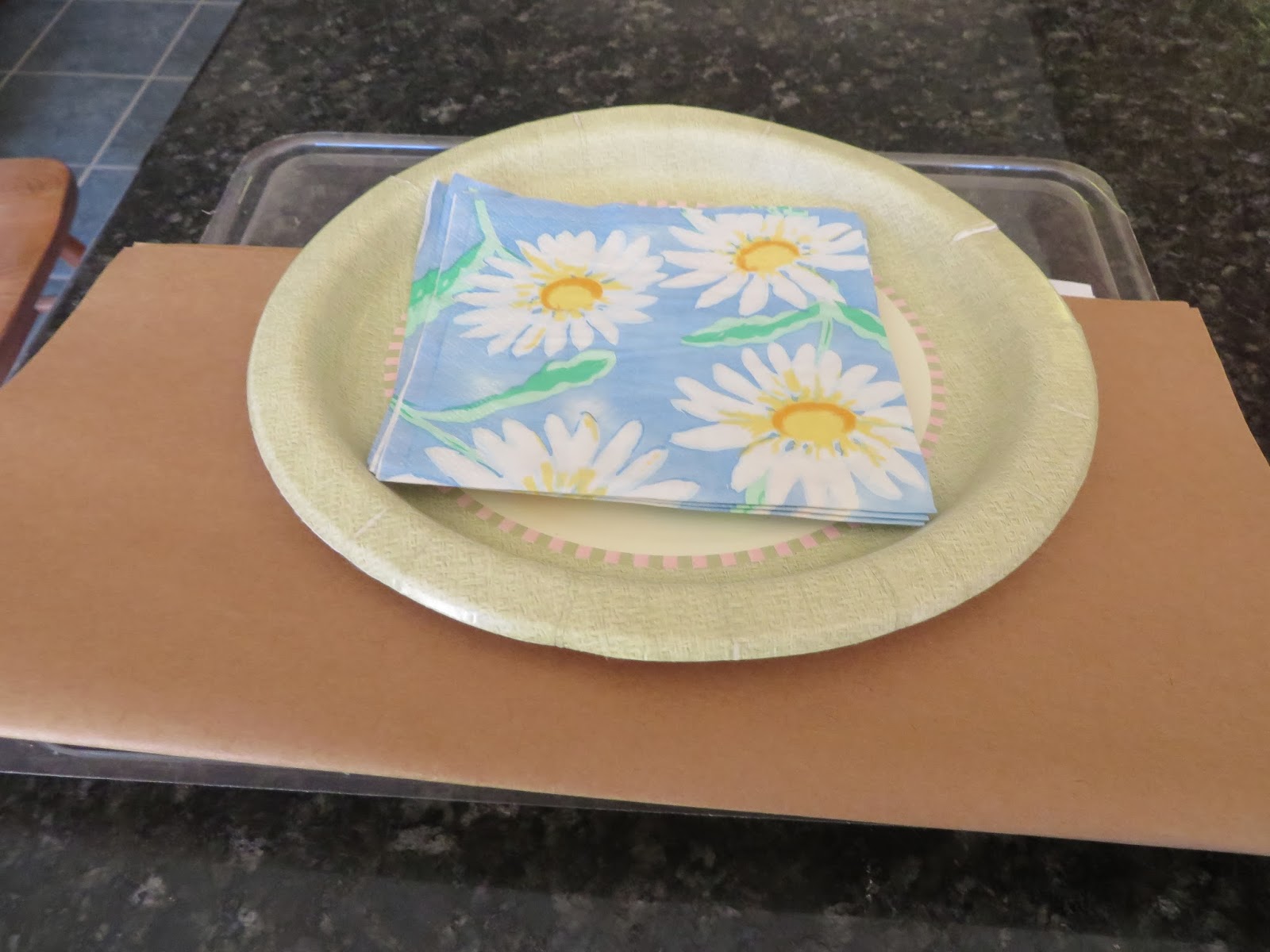 I also spent quite a bit of time organizing our pantry. There were a ton of items that had expired and need to be tossed, as well as a few things to donate to our local food bank.

Here are what the shelves looked like after I finished…no before pictures for this project but I think the after ones turned out well! 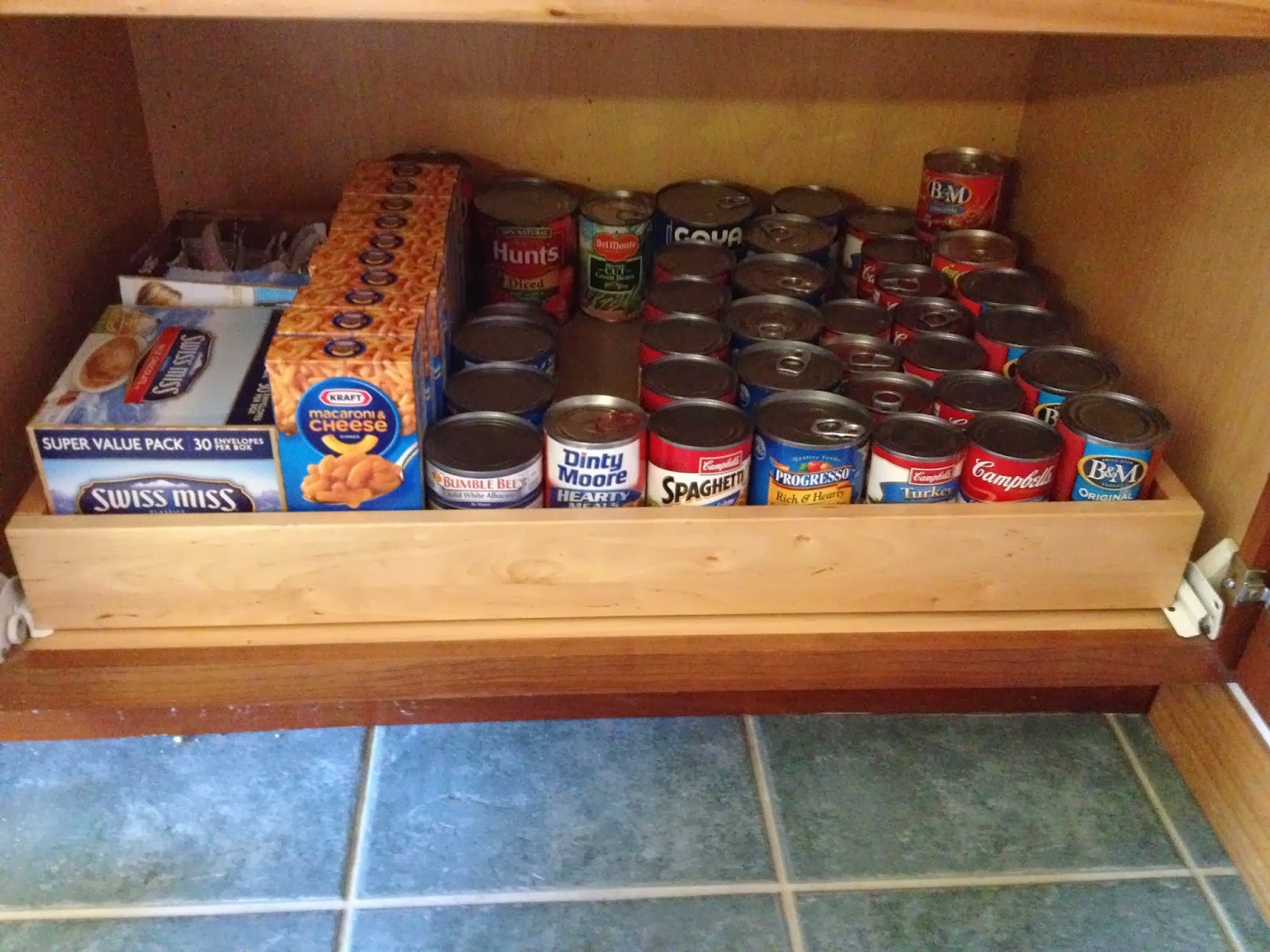 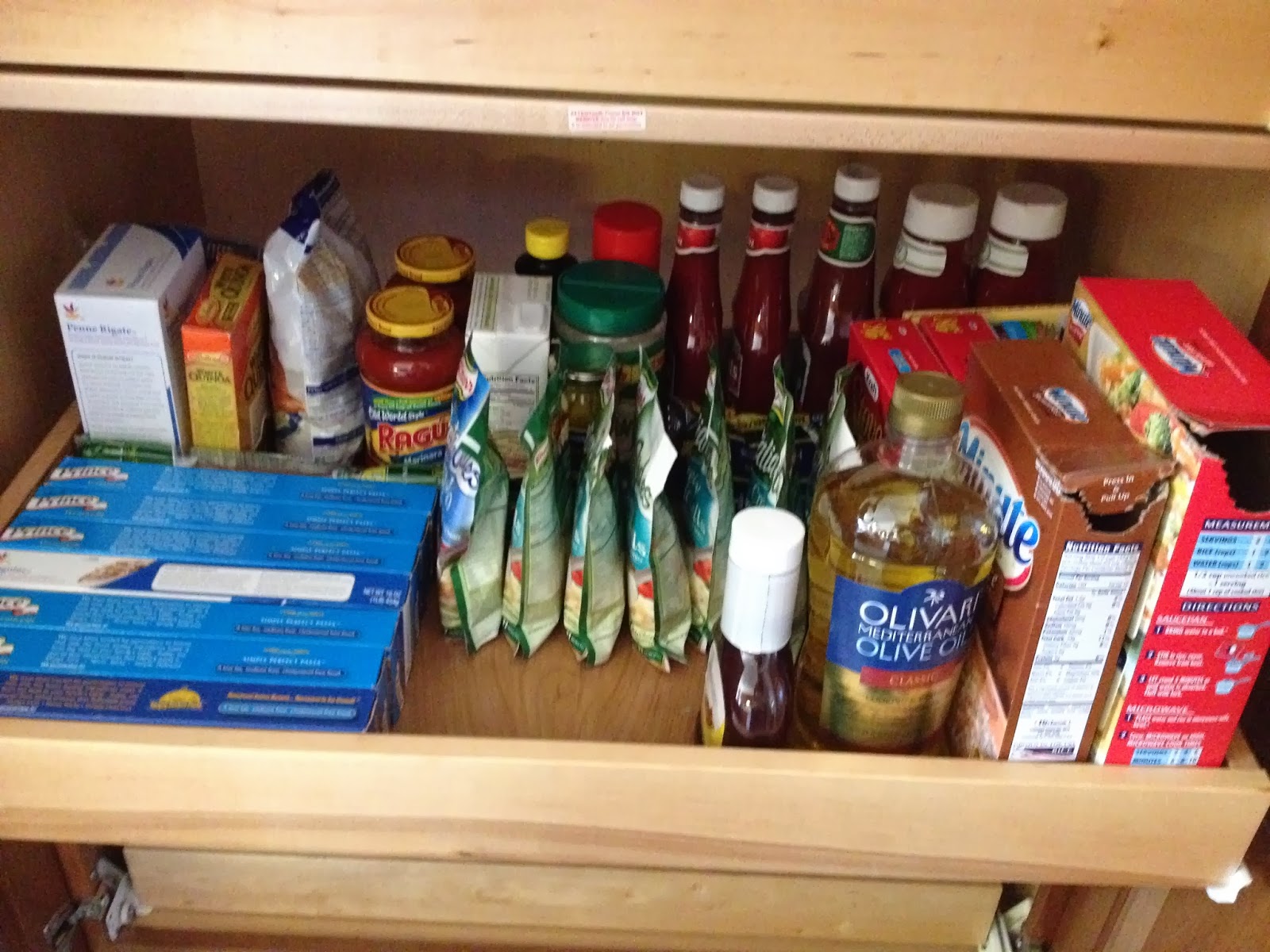 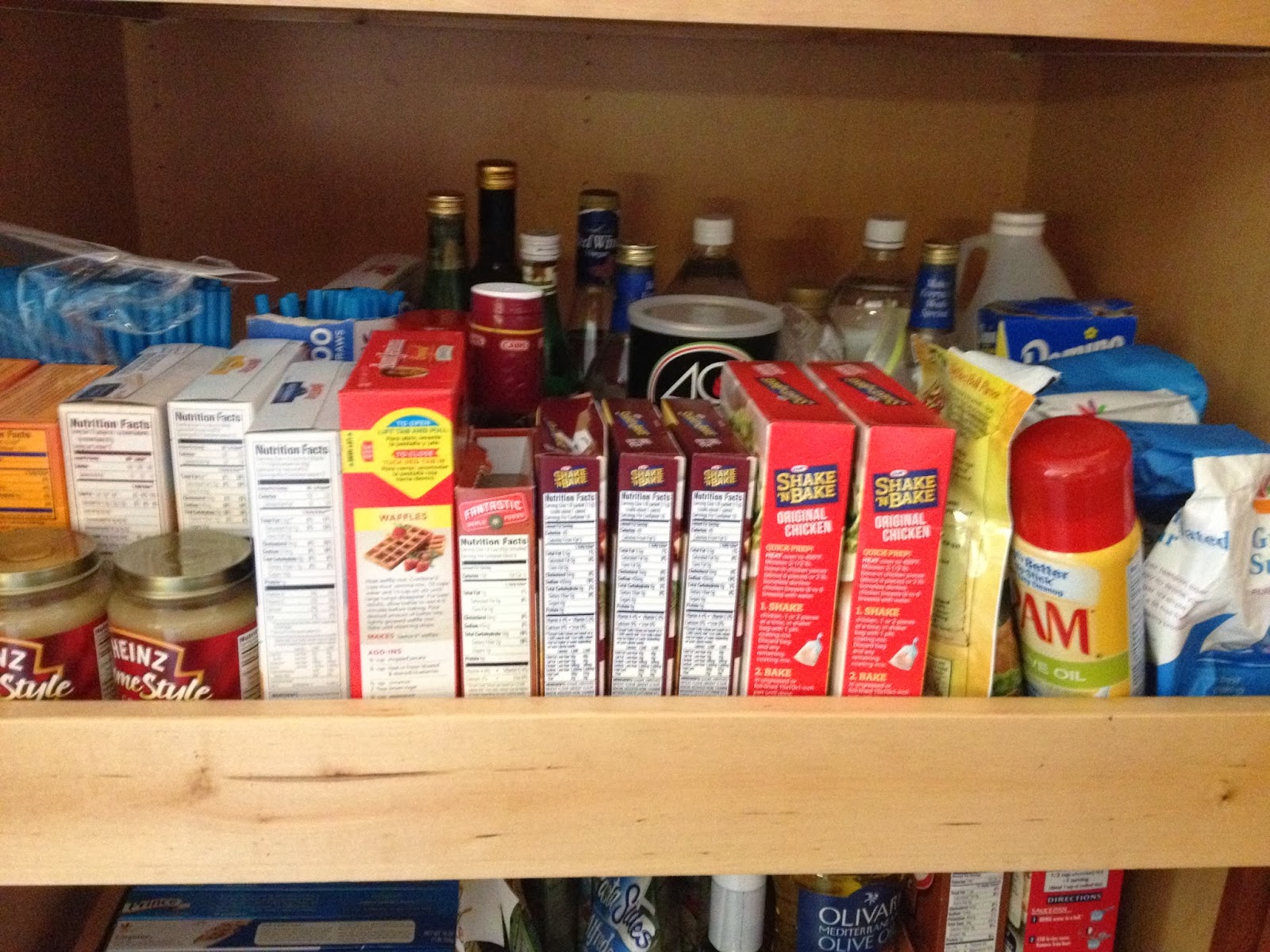 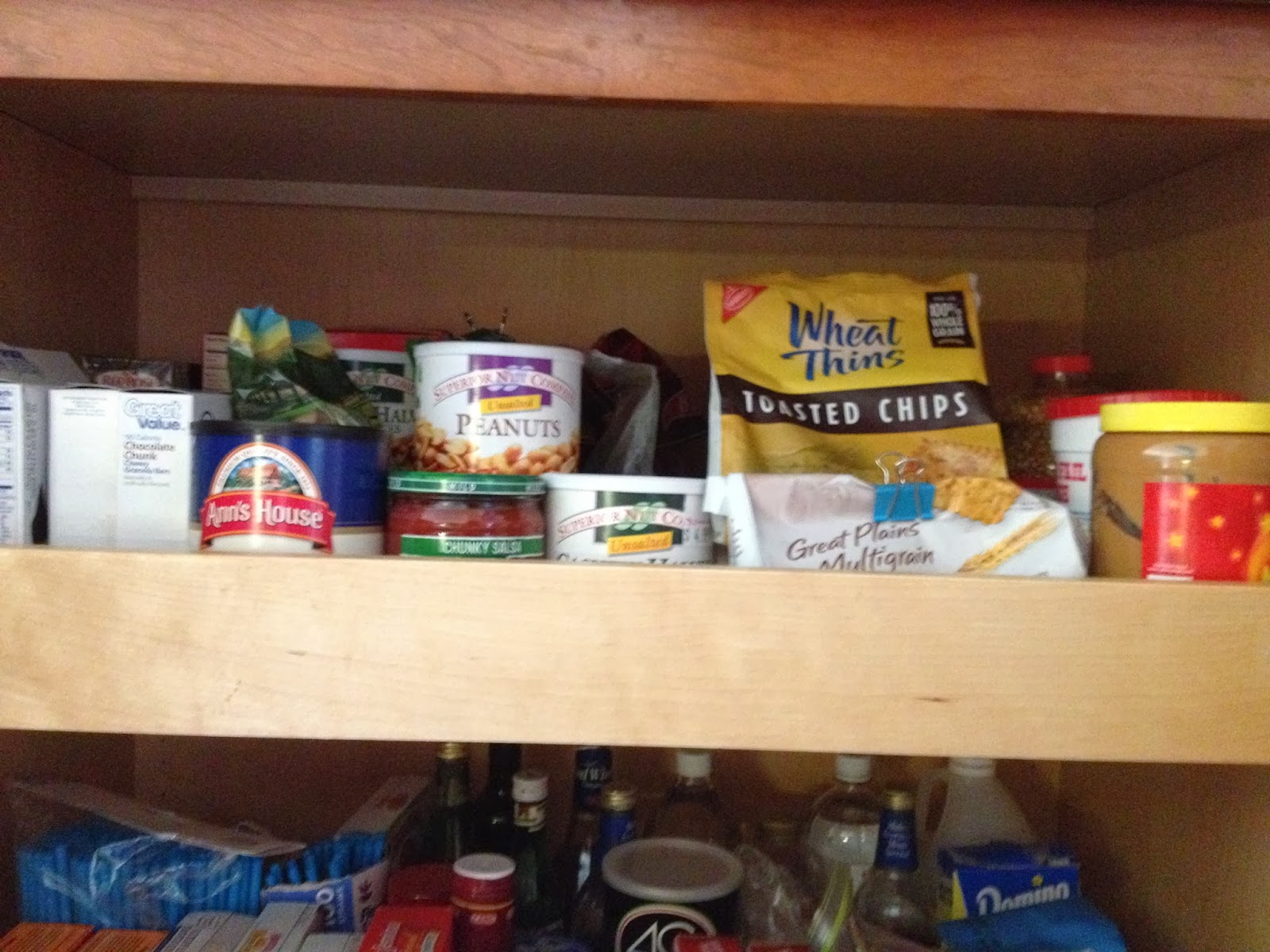 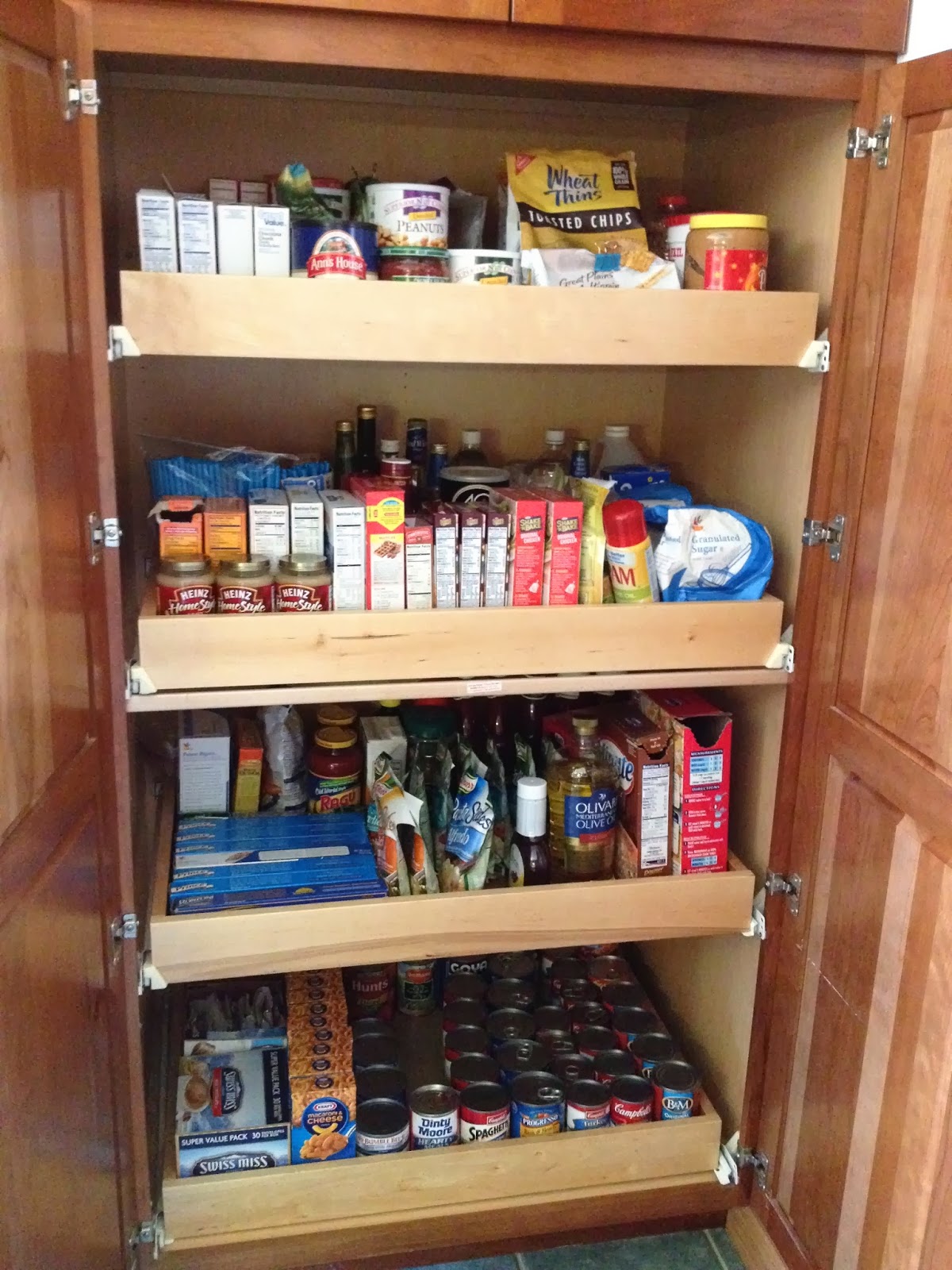 I think the cupboards look so much better and are fully stocked for some snacks and meals! Yum =)

Have you completed any Less Stuff, Less Stress projects lately?