Yesterday was a beautiful day here and an extremely special day, it was my best friend Rachel's bridal shower! This day had been in the works for months, Rachel's mom, her sisters and I have been planning for it for a long time!

The event took place in Mystic CT at Latitude 41 (which is located at Mystic Seaport) and was set up outside under a tent. 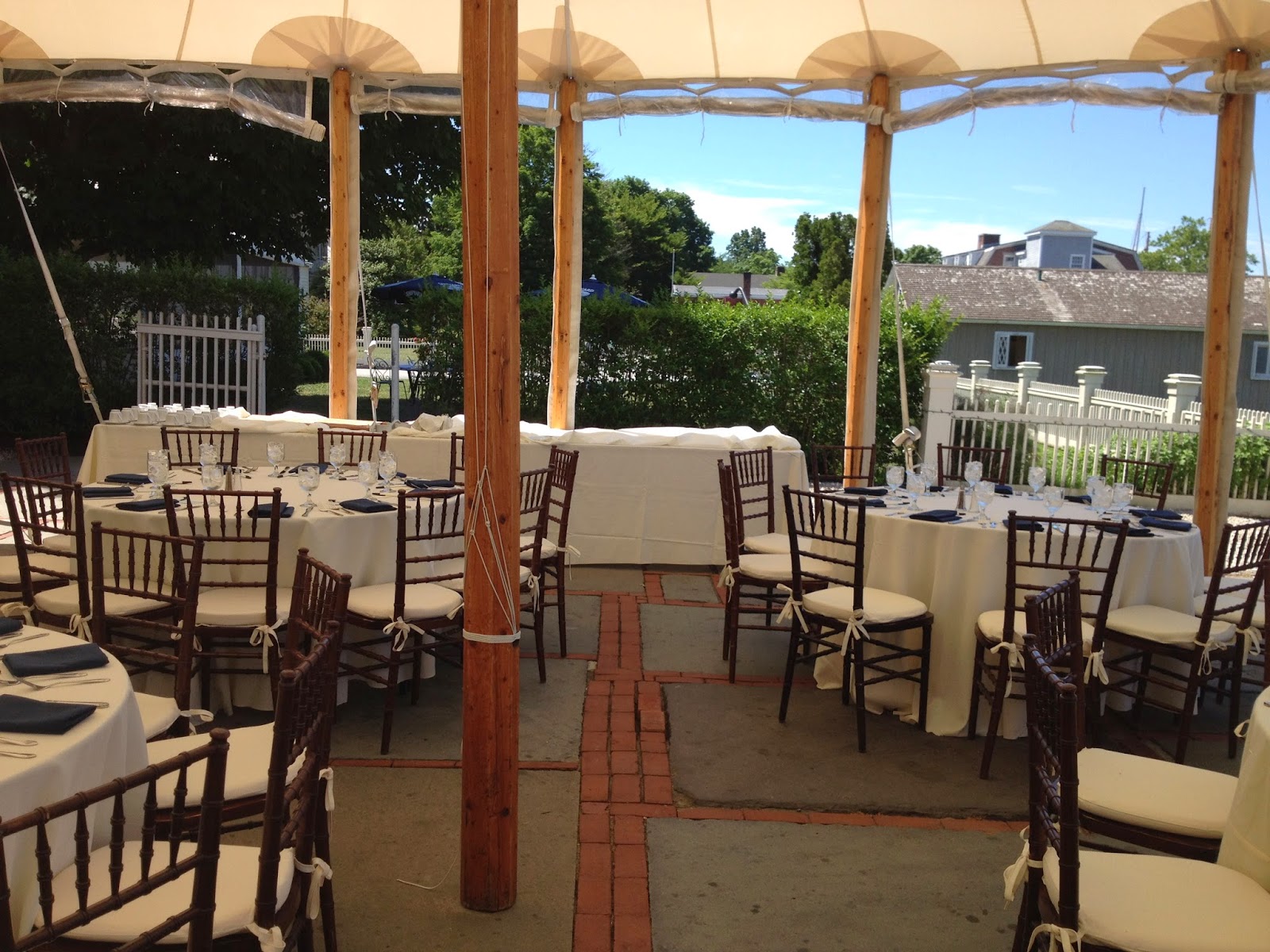 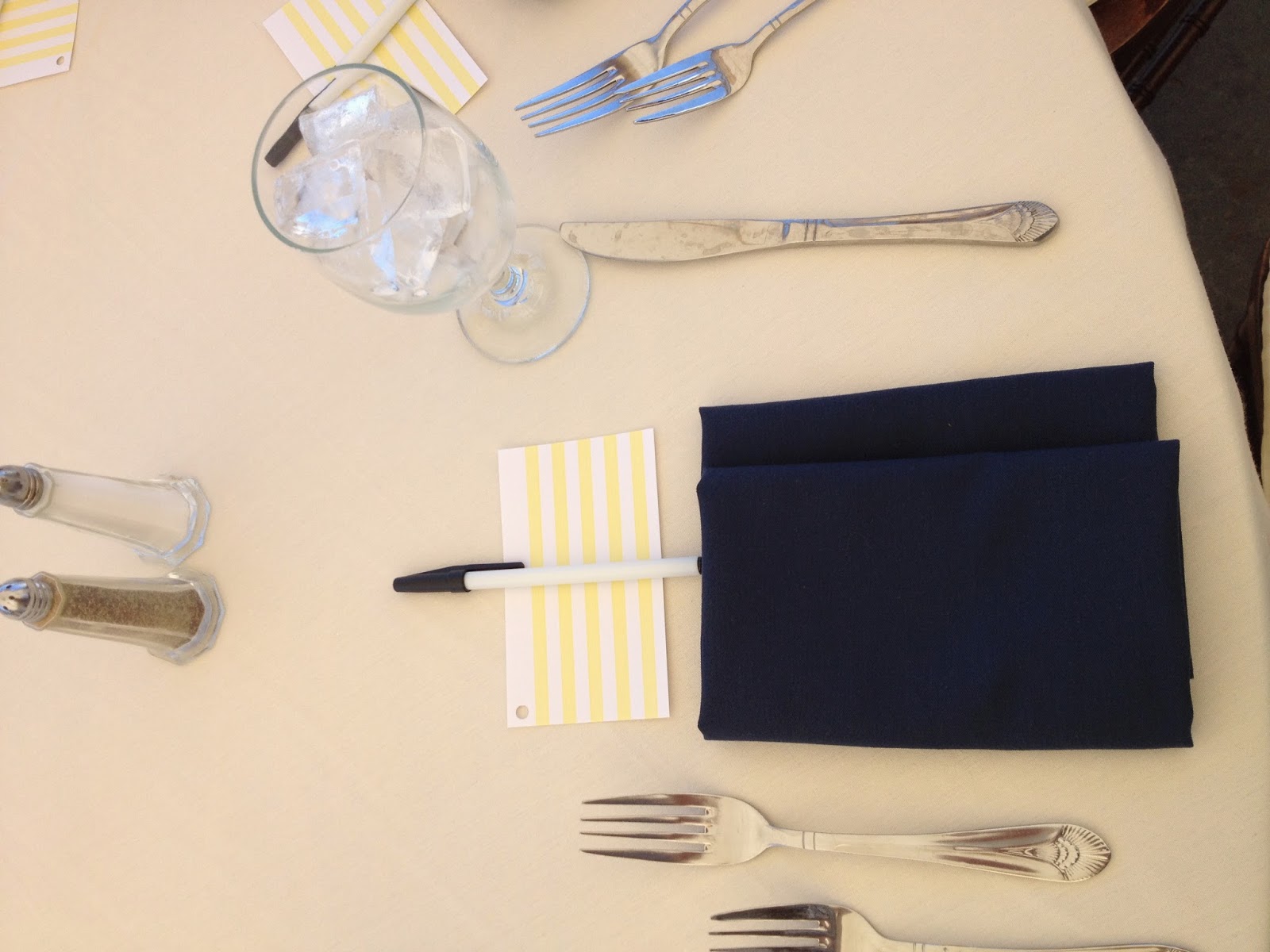 I arrived early (obviously) and hurried around setting up an index card at each place setting. I had each person write down what they thought the recipe to a perfect marriage was and gave them to Rachel on a binder ring when we left the shower. 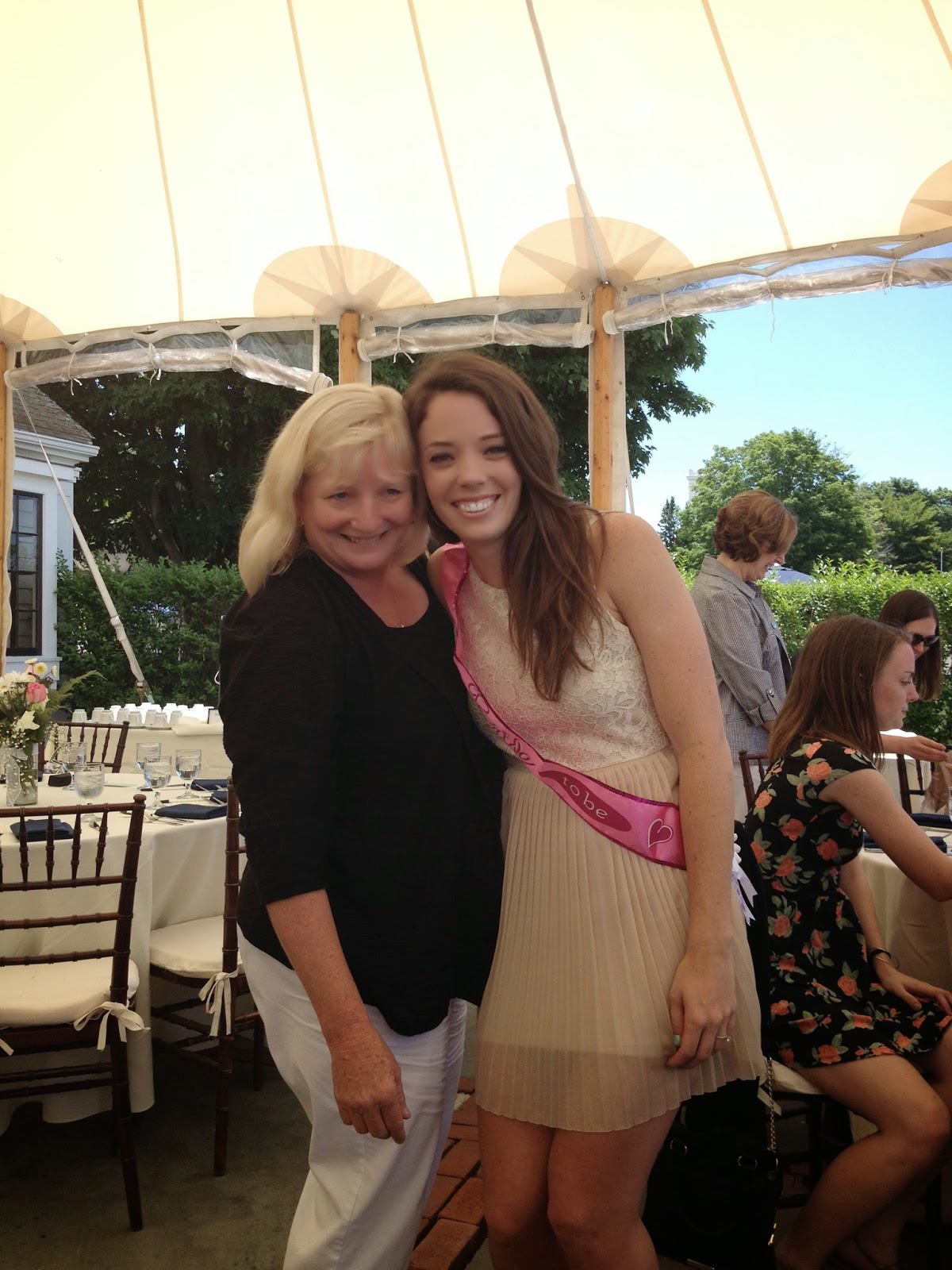 When we arrived we spent time socializing with everyone, followed by a delicious lunch. There were multiple options for everyone which was great, including a delicious pasta. I cleared my plate of course! 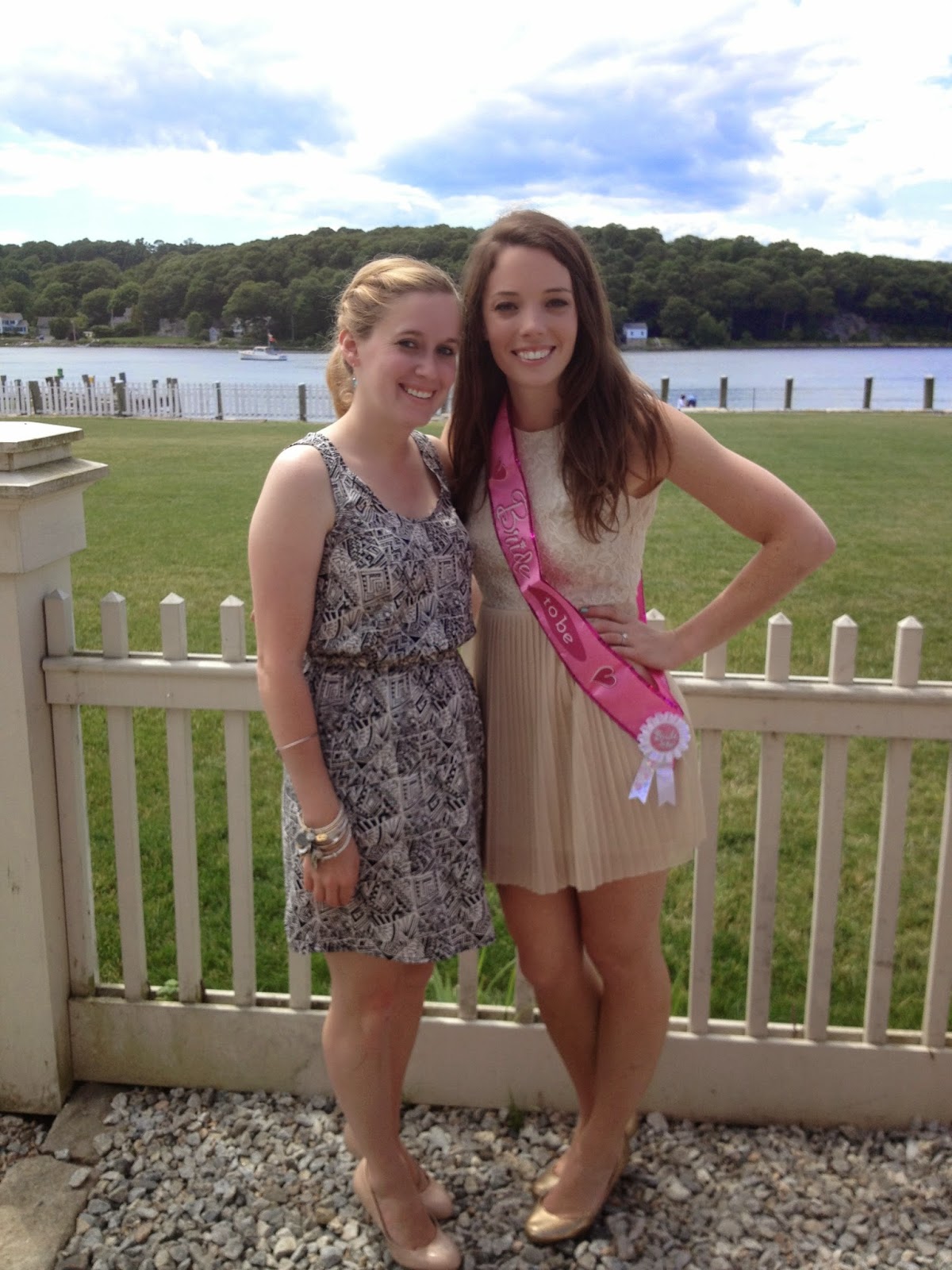 After everyone ate, we played a few games I had planned and then Rachel opened gifts. 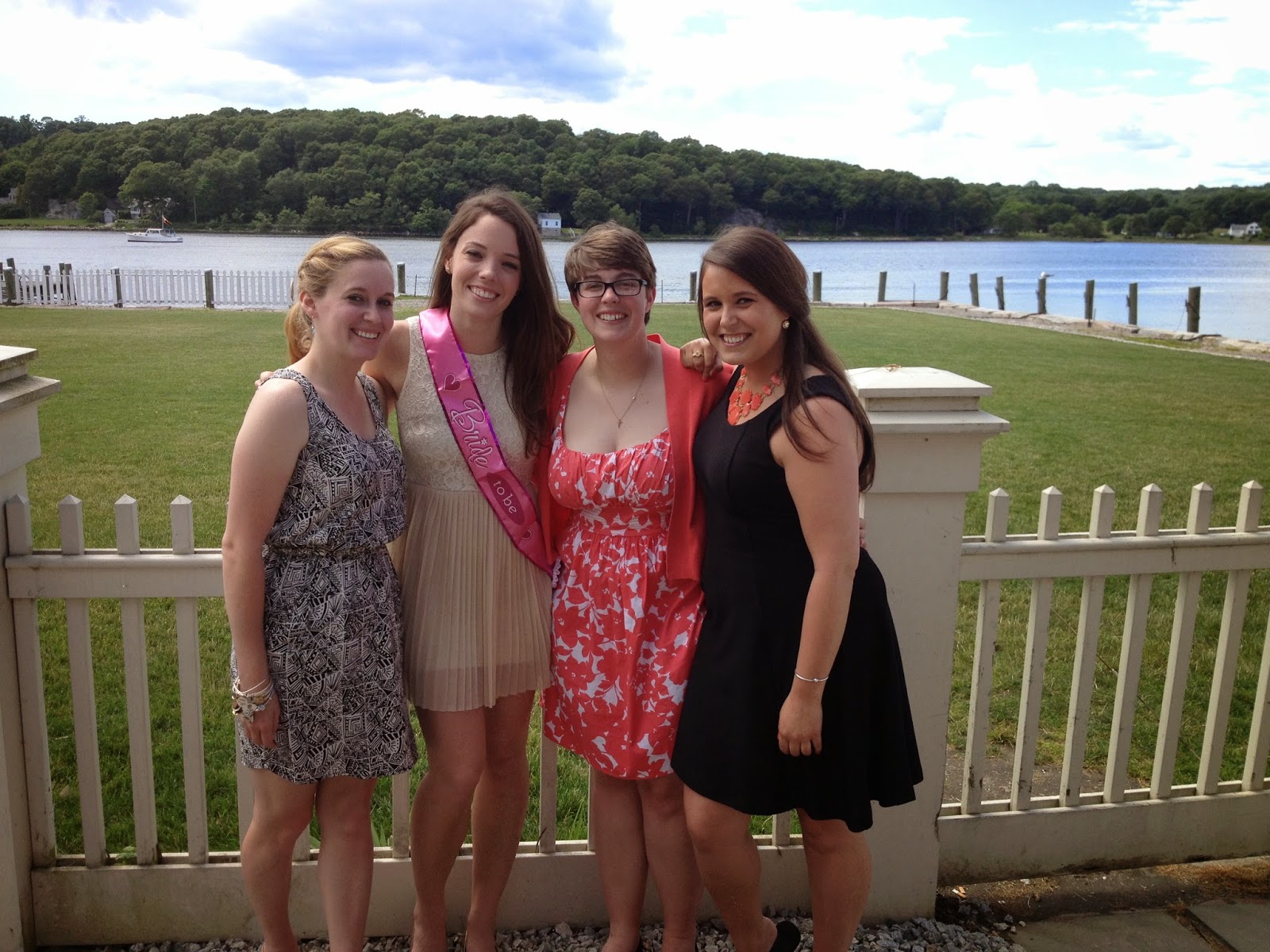 I am extremely lucky to have a great group of girls in Rachel's bridal party because when it was time to open gifts, we managed to get it done in 45 minutes! I gave everyone a job and we had quite an assembly line going. There were people collecting trash, organizing gifts, removing cards from envelopes, picking out the next gift, while I was busy writing down all the gifts in a notebook. 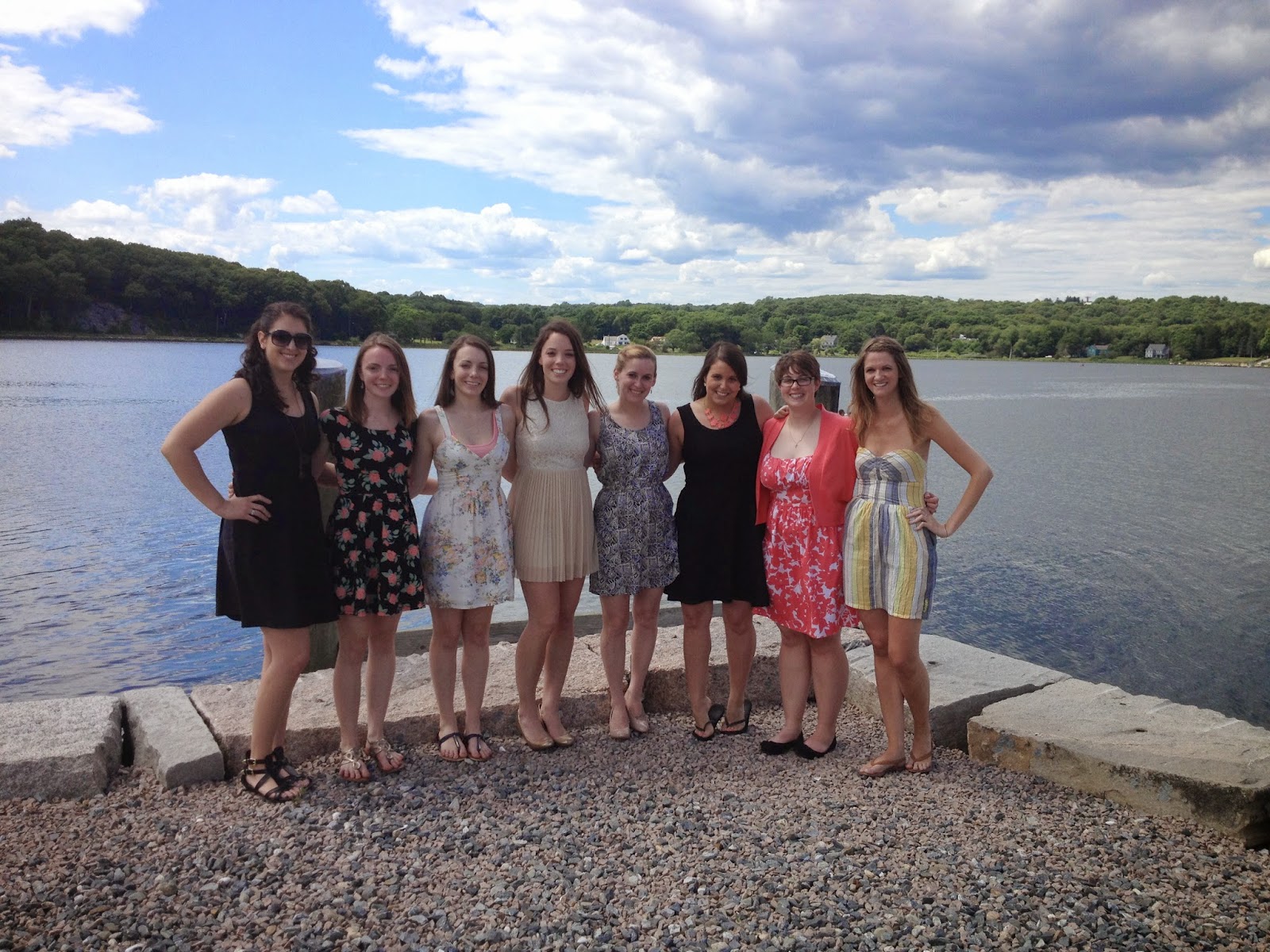 After gifts, we spent some time posing for pictures and then eating cupcakes until the party officially ended! 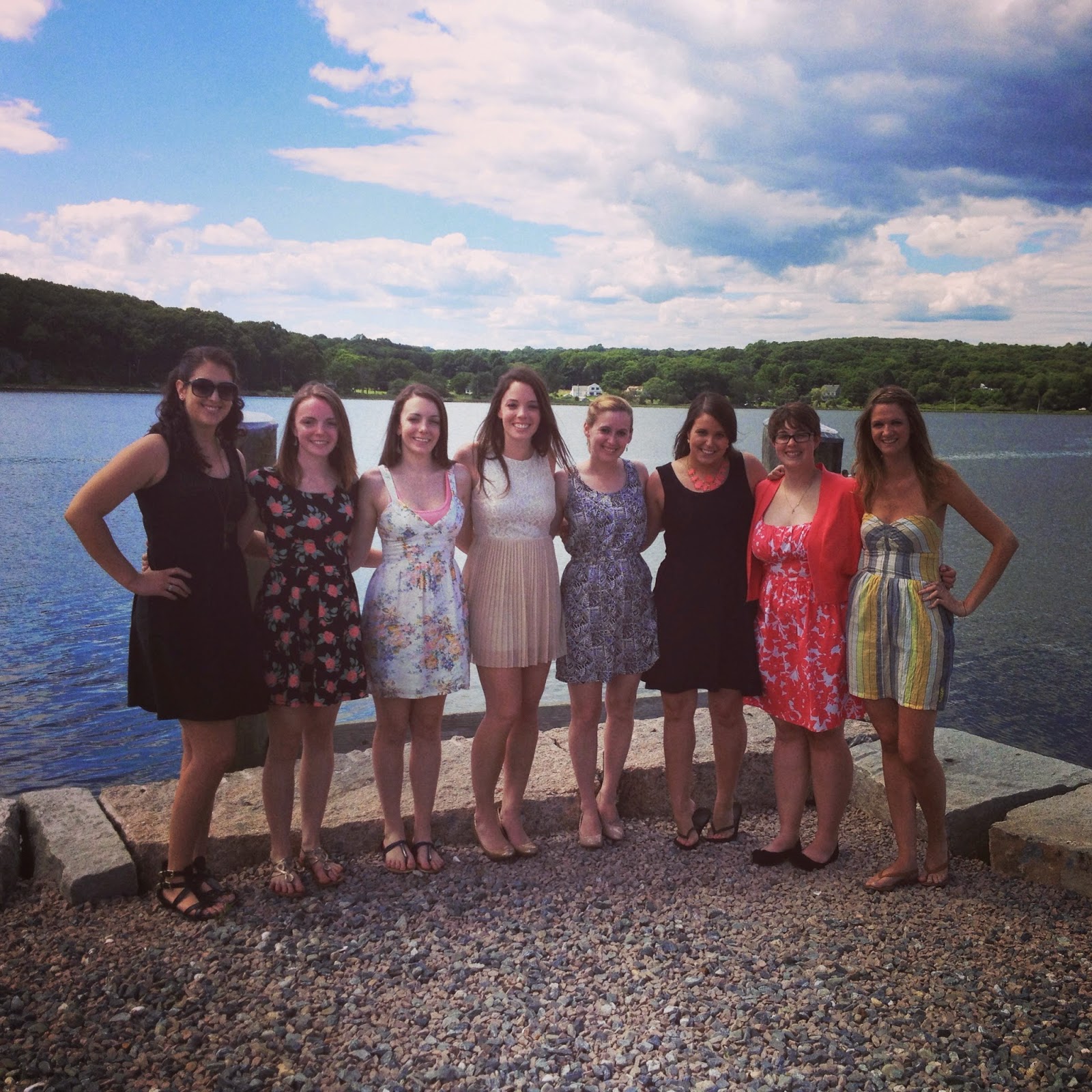 It was a great day with delicious food, amazing company and a beautiful bride-to-be!

I wanted to share a couple of the games I prepared for the shower with you if you are looking for bridal shower party games. 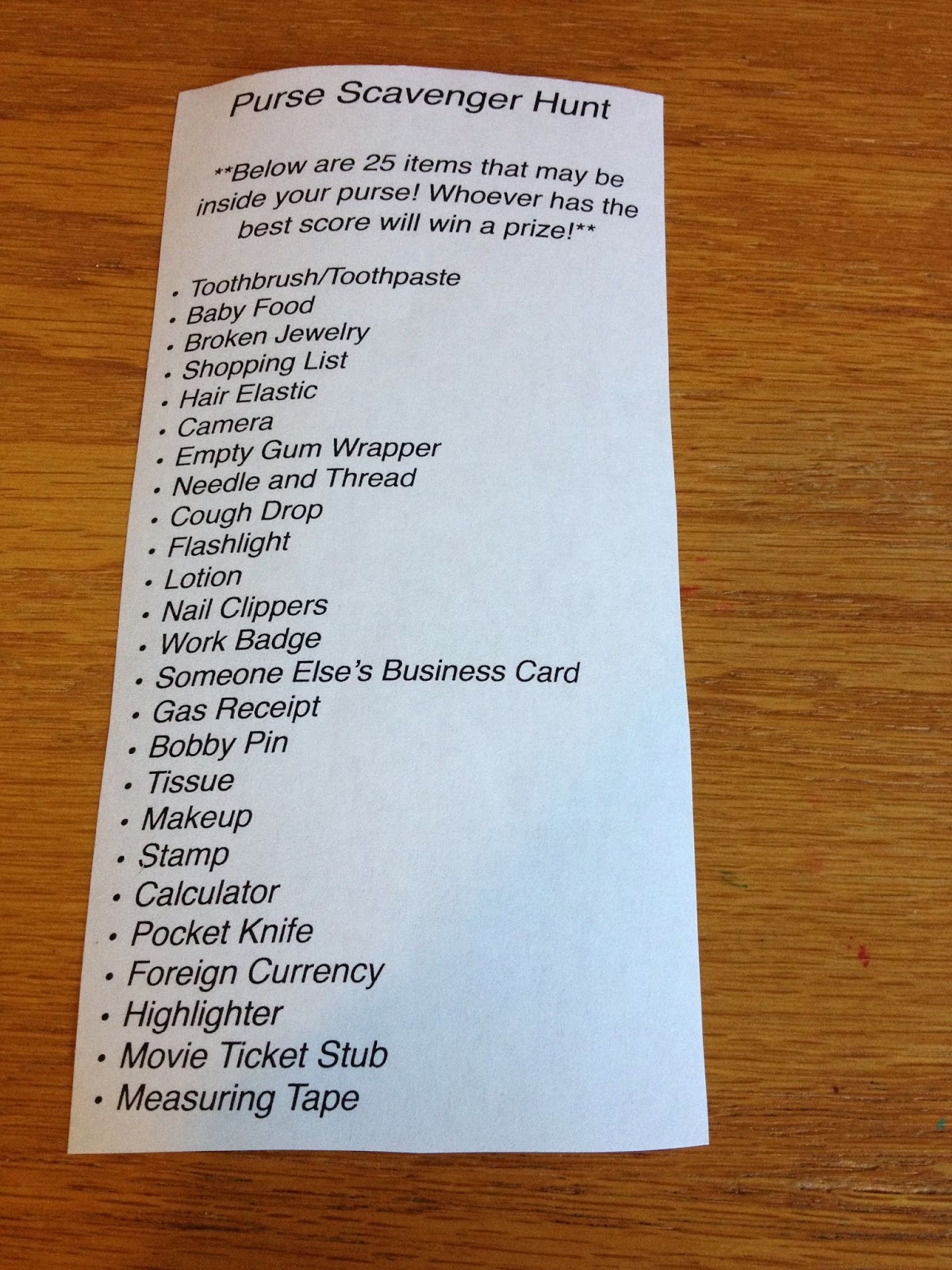 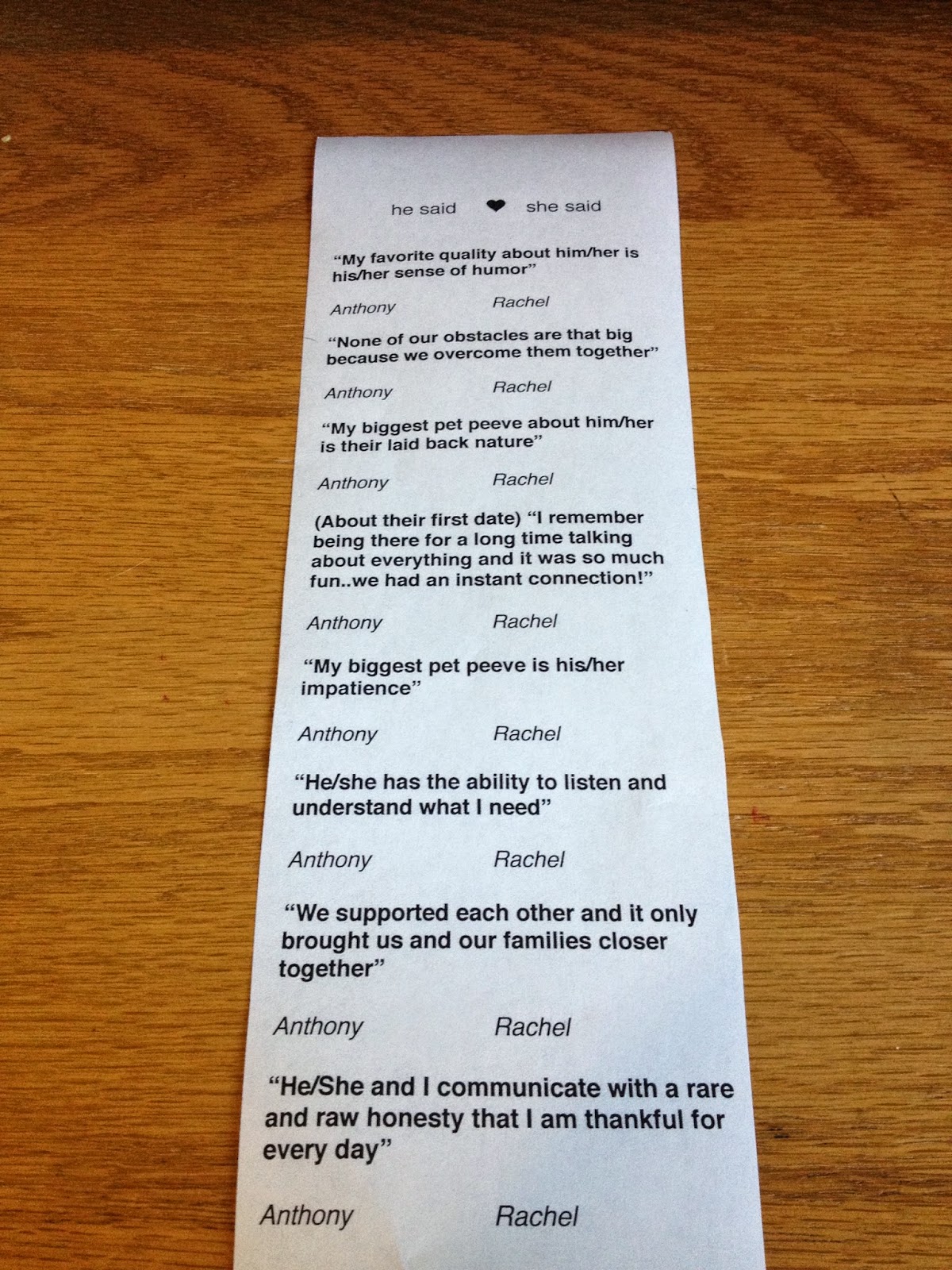 The second game we played I named "he said, she said"

I asked Rachel and her fiancé Ant five questions each and then took eight quotes from them out of context. This was a great game because they said some pretty mushy-gushy stuff which made it fun to guess who said what!

Of course I handed out prizes to our two winners. I brought two candles as prizes as well as a "mystery bag" where I put a few cosmetic items I've received couponing inside.

I've been waiting to share these details with you guys for such a long time- and I have more wedding-related blog posts in the works as I participate in Rachel's wedding this summer as well as Brittni's wedding this fall. Exciting things are happening around here!

How was your weekend? Did you have any special events?