It's Monday again...how does it always sneak up on us so quickly?!

This Monday however is extra fun because I get to share with you something really special I did this weekend- celebrated Rachel's Bachelorette!

I have been working on Rachel's Bachelorette forever and I wanted it to be really special, and also be something that everyone would enjoy! 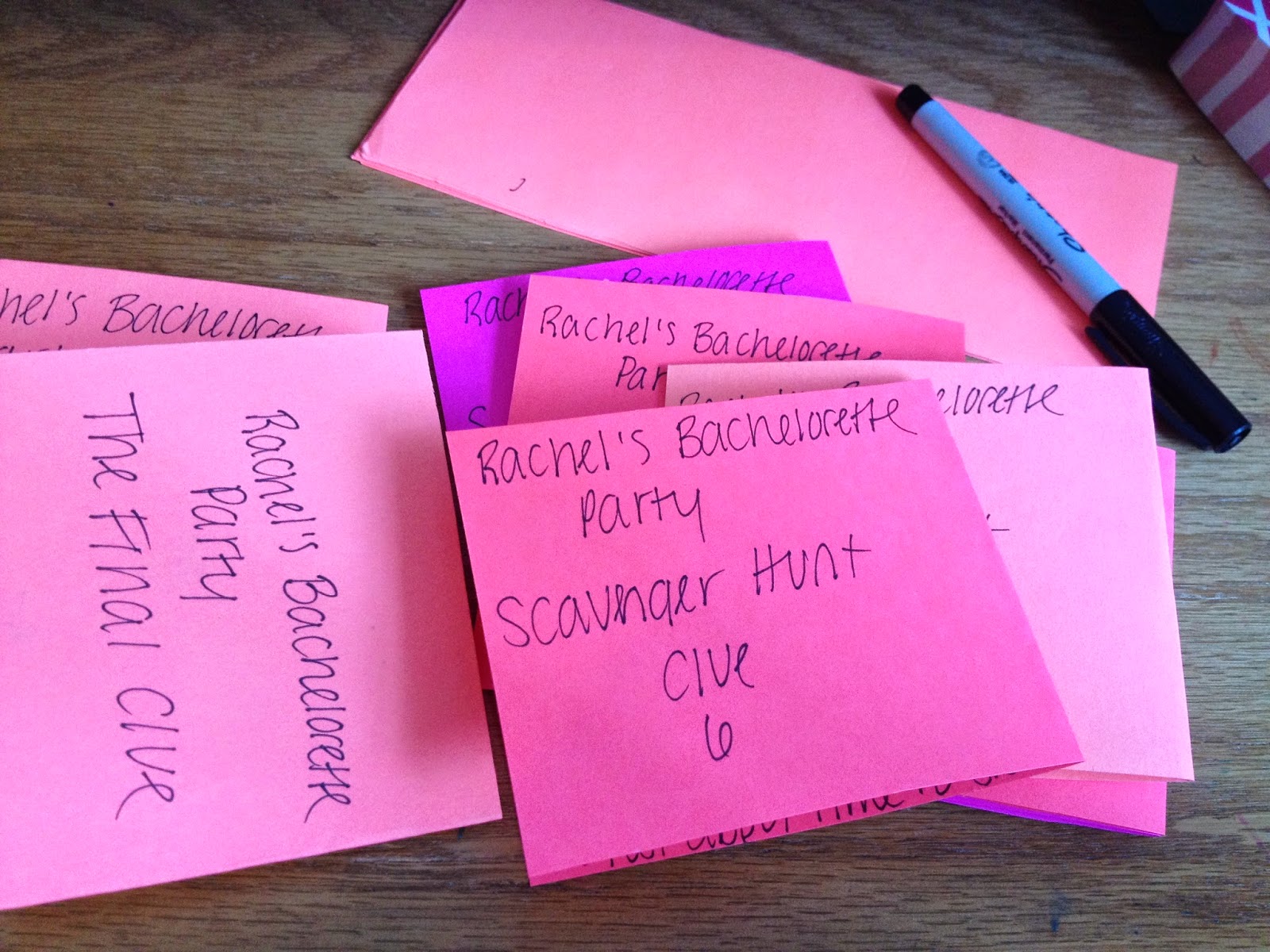 I started out the weekend with a scavenger hunt. I created all the clues after asking each bridesmaid for a special place that was significant for the two of them. On Saturday morning, Katie, Sara and I took a ride around to hide all of the clues around the places that were chosen.

Later on, I dropped them off so they could head to our secret location and get our hotel room ready while I took Rachel on the scavenger hunt. She did a great job with each clue knowing exactly where each place was without me having to tell her.

We picked up Brittni and headed towards Cape Cod, MA where we promptly got stuck in traffic. After a few hours in the car we had arrived! 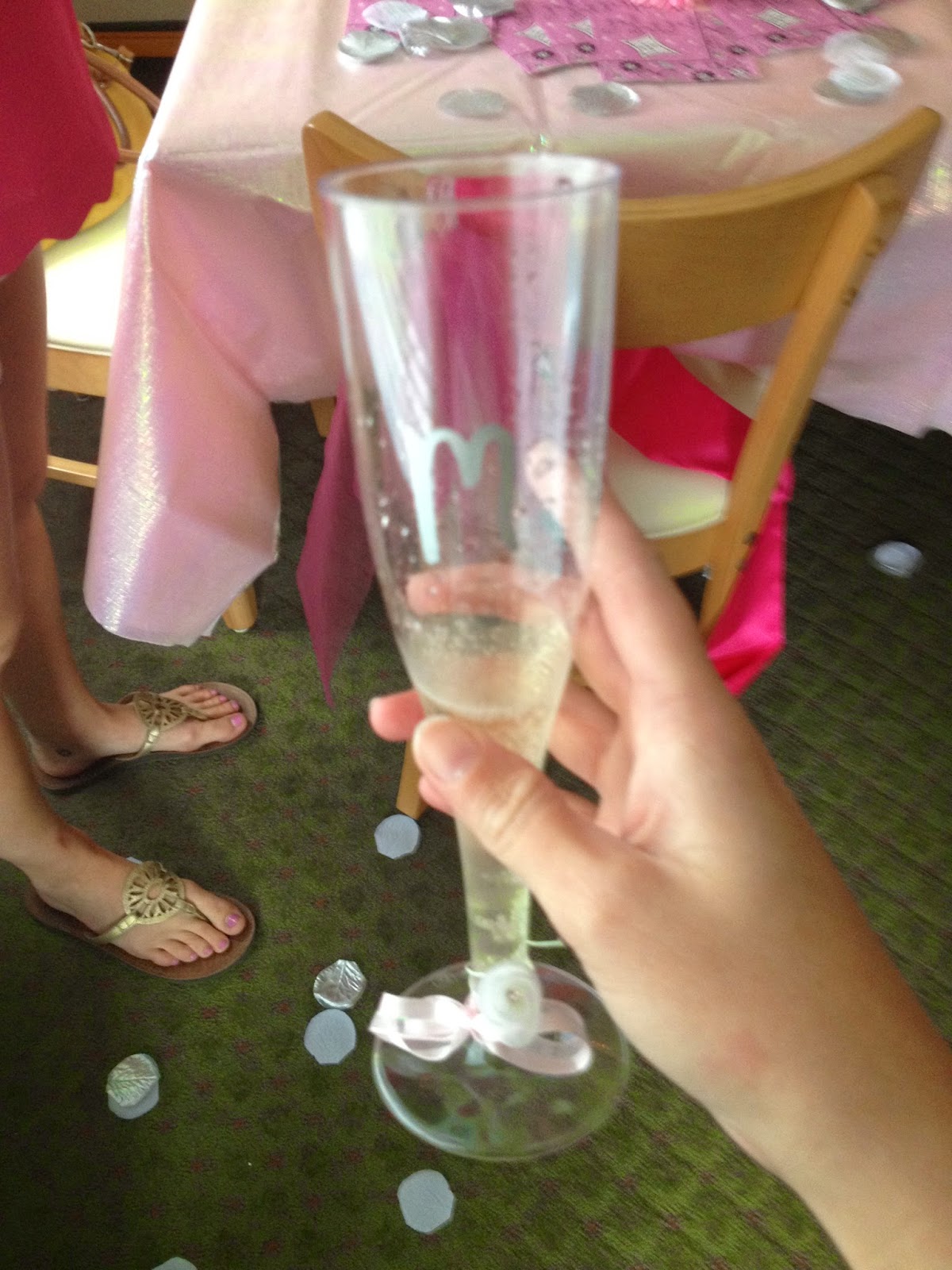 It was then time for champagne and fun! 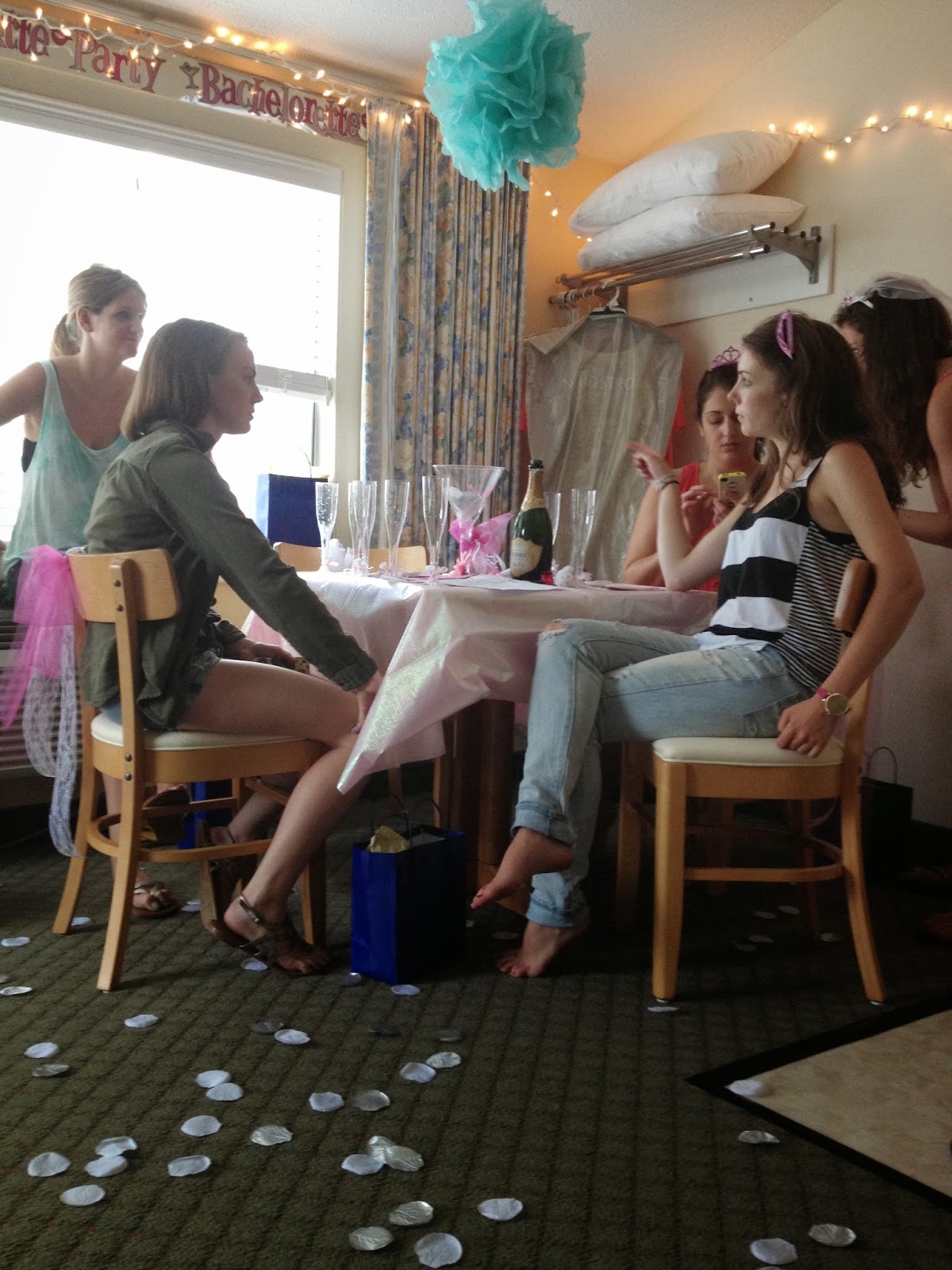 The other bridesmaids did a fabulous job decorating the hotel room. Fake silver and white petals on the floor, handmade poufs hanging from the ceiling and string lights all made for beautiful decor! 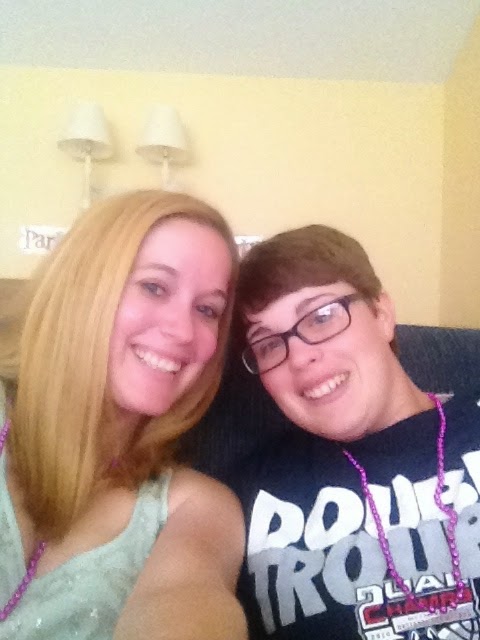 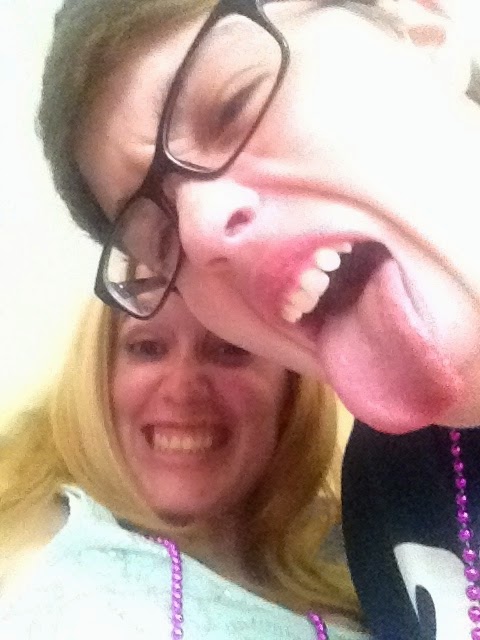 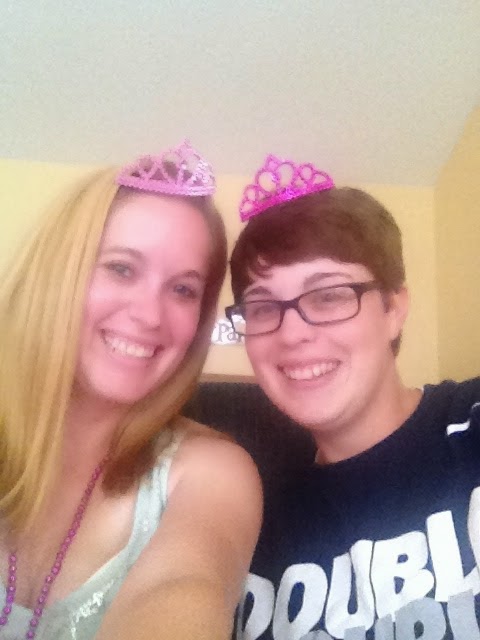 I made little gift bags for each bridesmaid (which I will be sharing in an upcoming blog post) which included fun tiaras. There was a special veil tiara for Rachel, our bride, which we insisted on her wearing late in the evening.

However, the first thing we did after toasting with champagne and catching up was to walk to the little beach located on the property. 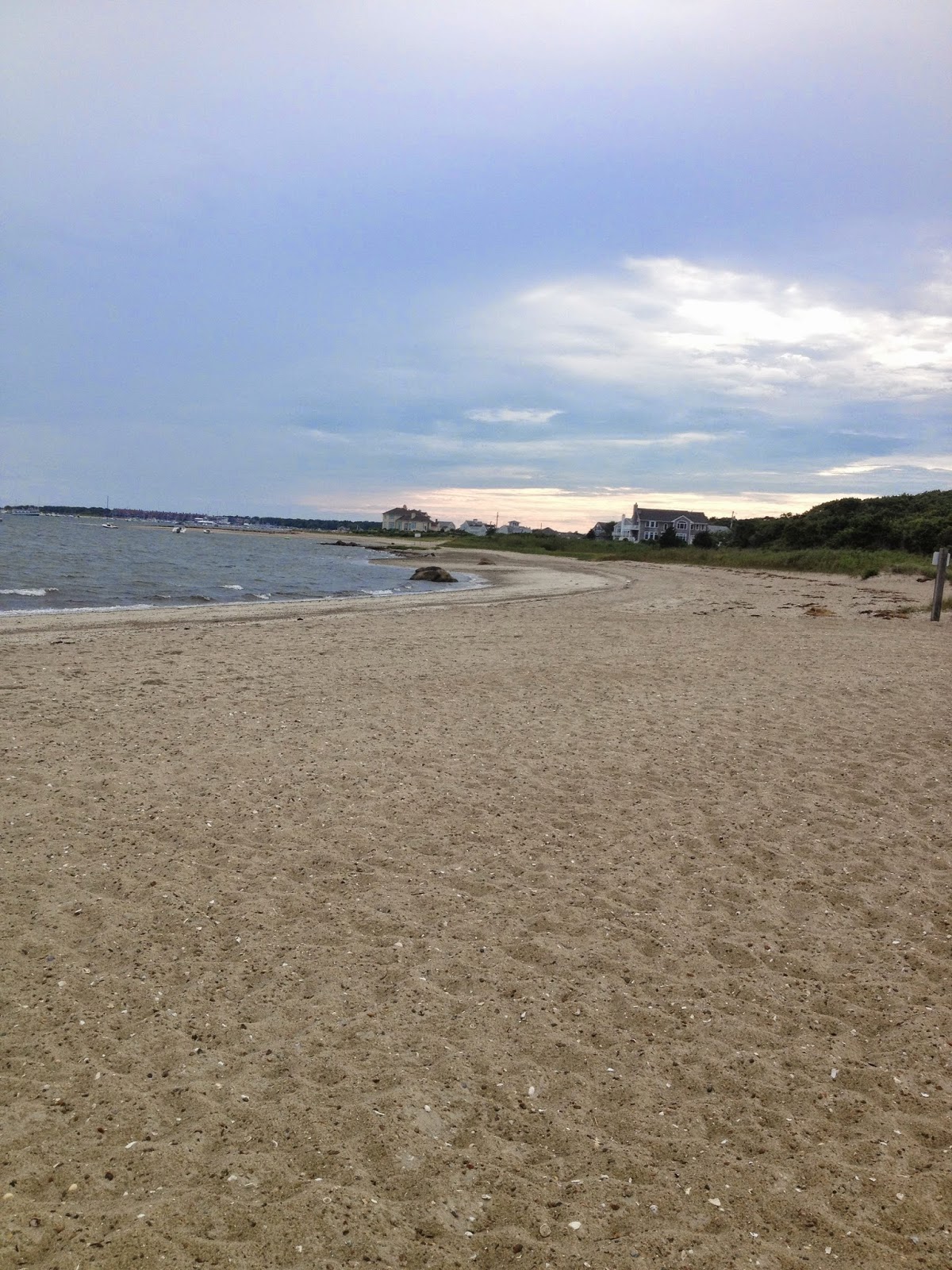 We stayed at the Green Harbor Resort in West Yarmouth MA and it was a wonderful experience. I pictured it as more of a hotel but it was actually individual little cottages scattered around the property. It honestly looked as if the owners had slowly purchased each house and created a resort in a neighborhood. It was so cute!

There was a small beach located on the property which was a great feature and precisely what we were there for. 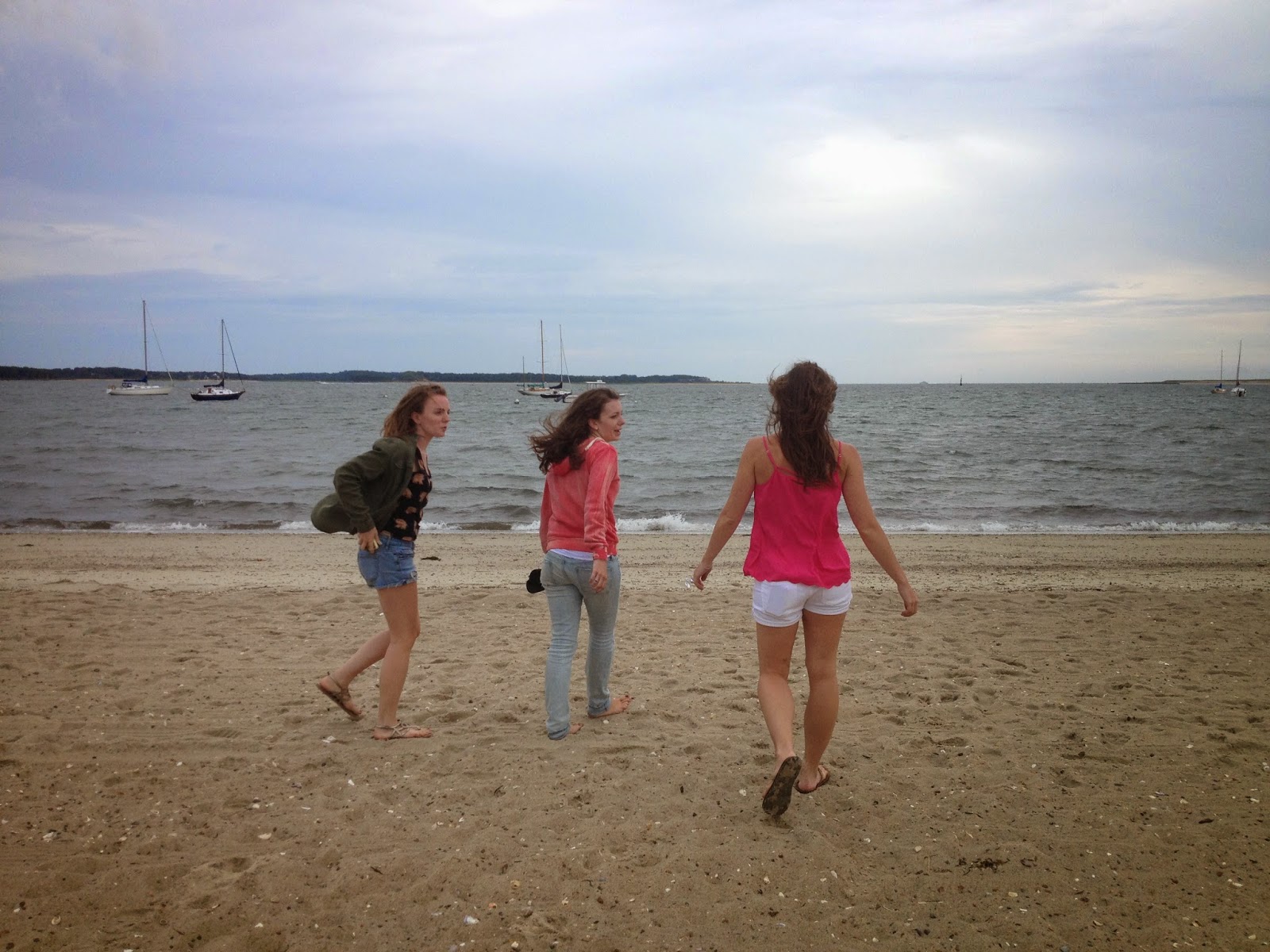 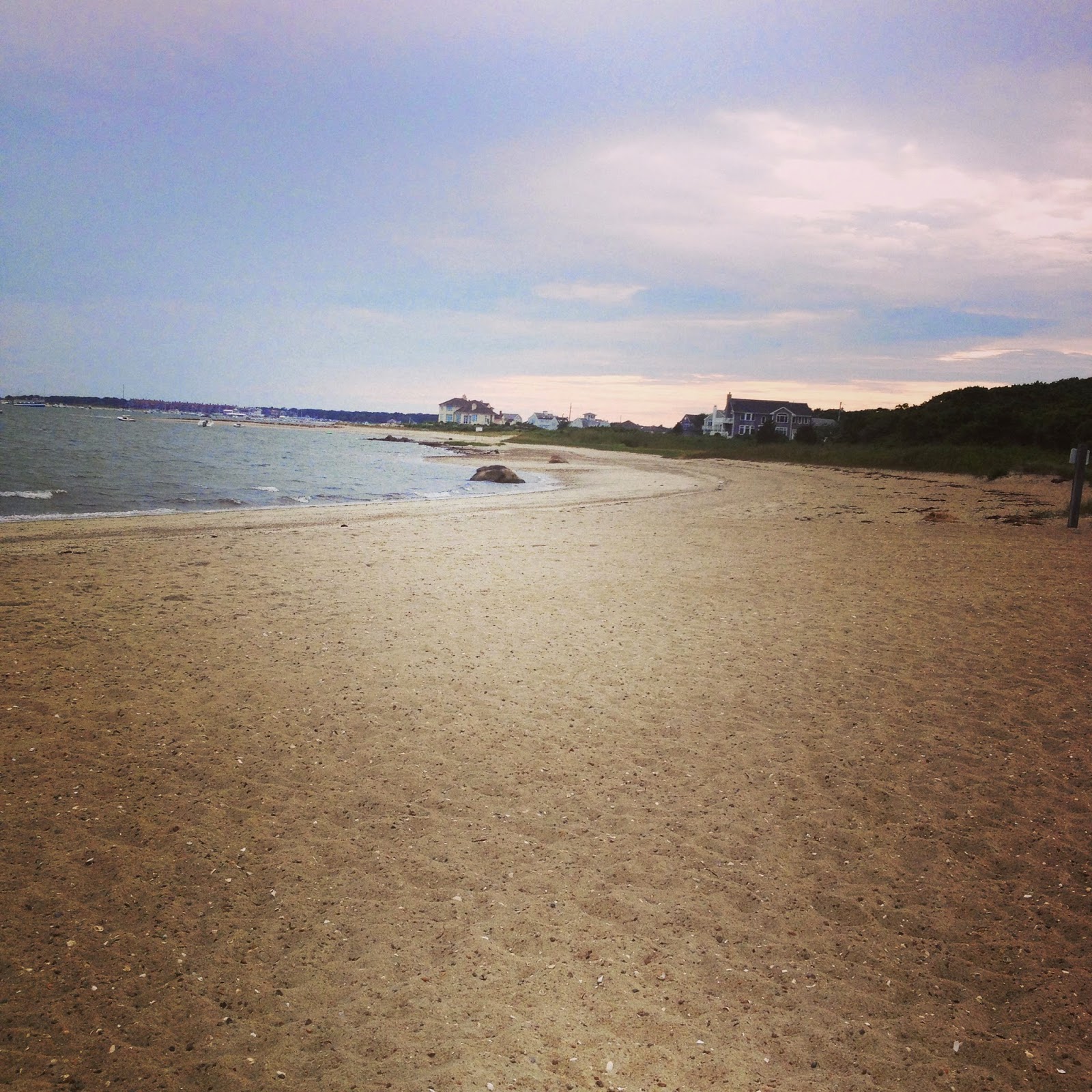 After hanging out on the beautiful (albeit windy) beach for awhile we headed back to the room to change and get ready for dinner. I had previously made reservations for Dockside Ribs and Lobster which is located right on the water. I had chosen it because of the wide range of food options and although there was initially a little confusion about the reservations we ended up getting seated outside and ordering drinks and dinner. 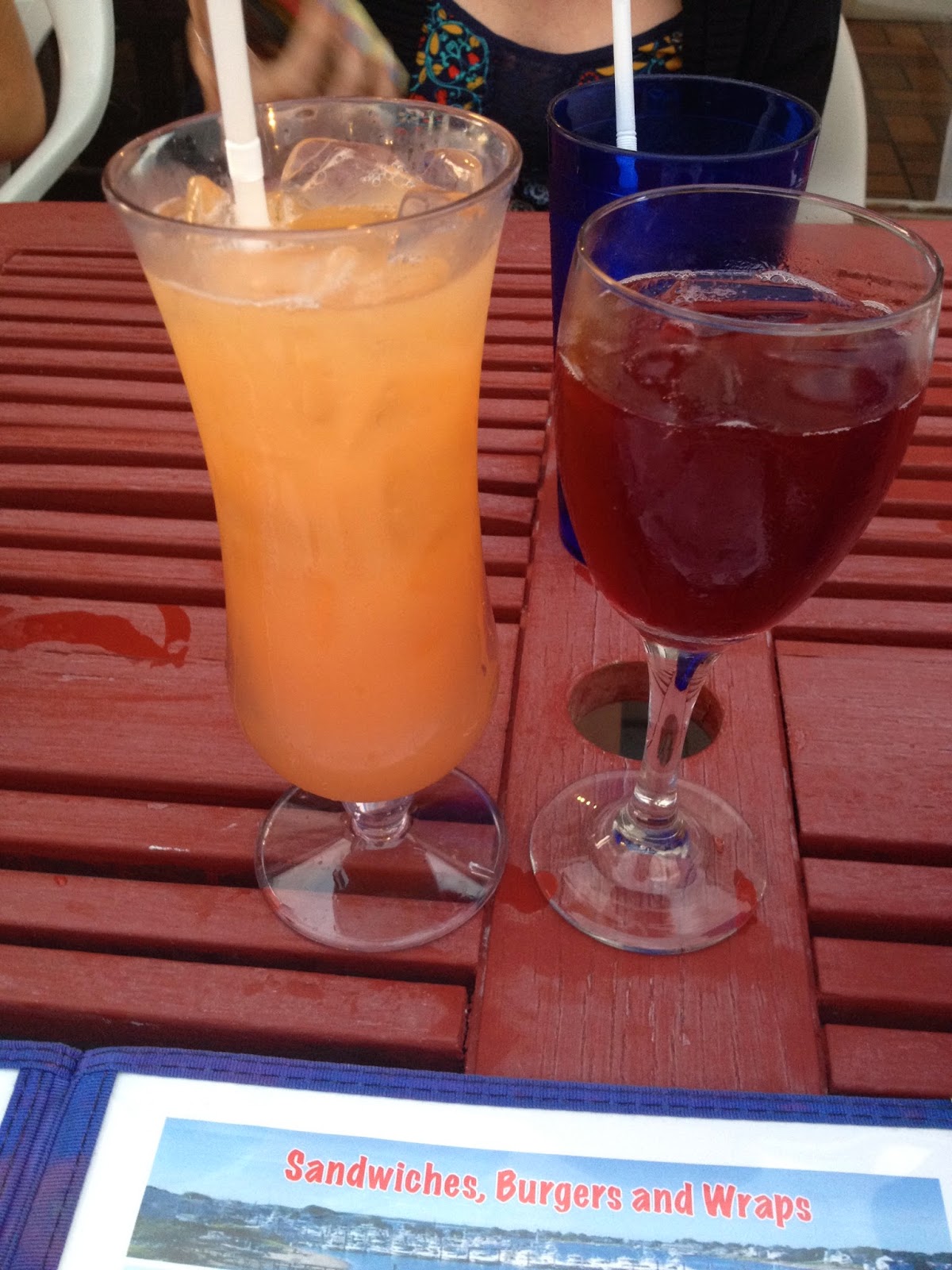 For dinner our group had a wide variety of items ranging from seafood to classic meals. Personally, I ordered french onion soup which was great but definitely not anywhere close to the french onion soup I ate one time in France and I also had an order of fries. It wasn't the fanciest meal but enough to fill me up and satisfy my taste buds. 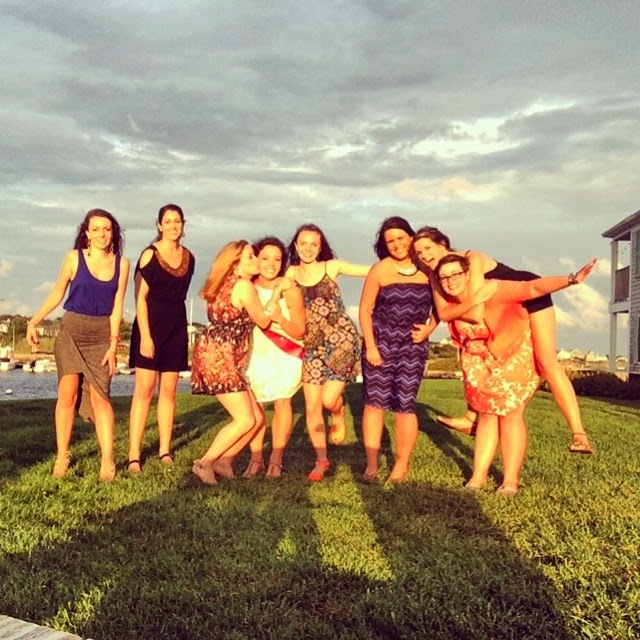 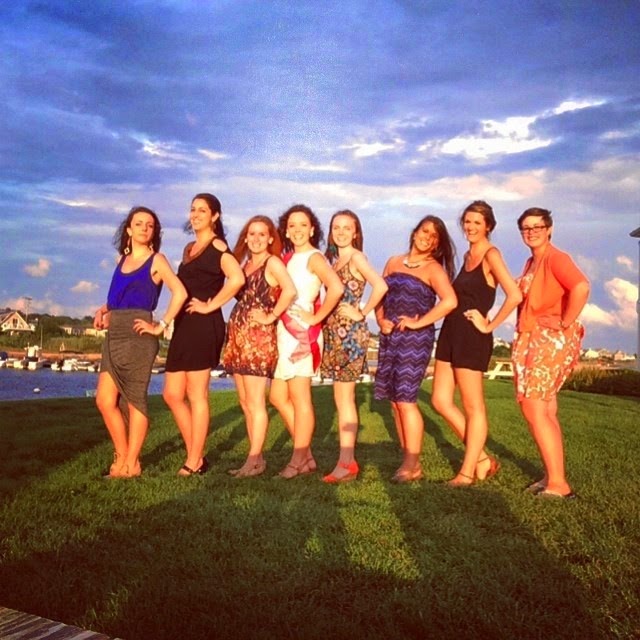 We also had some fun using Ally's new selfie taker which is a tripod she is able to set her phone up on. She has a remote that she can use to take the picture instead of us constantly asking strangers to take our pictures.

After dinner we headed back to the room to play a quick drinking game that I had set up. I asked Rachel's fiancé Ant fifteen questions that were completely random and Rachel had to answer them to the best of her ability. I made them very tricky and we ended up drinking a few times but more often then not Rachel ended up being the one drinking =)

We called a couple taxis to come and take us out to Main Street where we ended up finding a bar that had an outdoor patio and an indoor bar where dancing was going on. It was the perfect mix of activity and relaxed atmosphere. 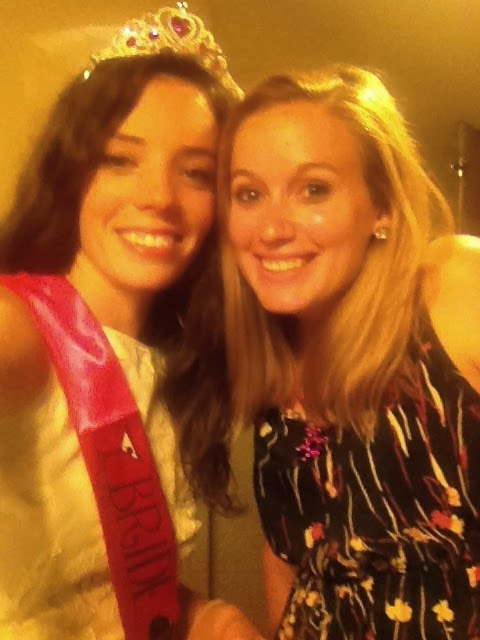 After a fun night out we returned to our rooms and crashed until the next morning. Despite disappointing weather reports the weather was clear and we managed to get in a few hours at the beach before we had to leave the Cape! 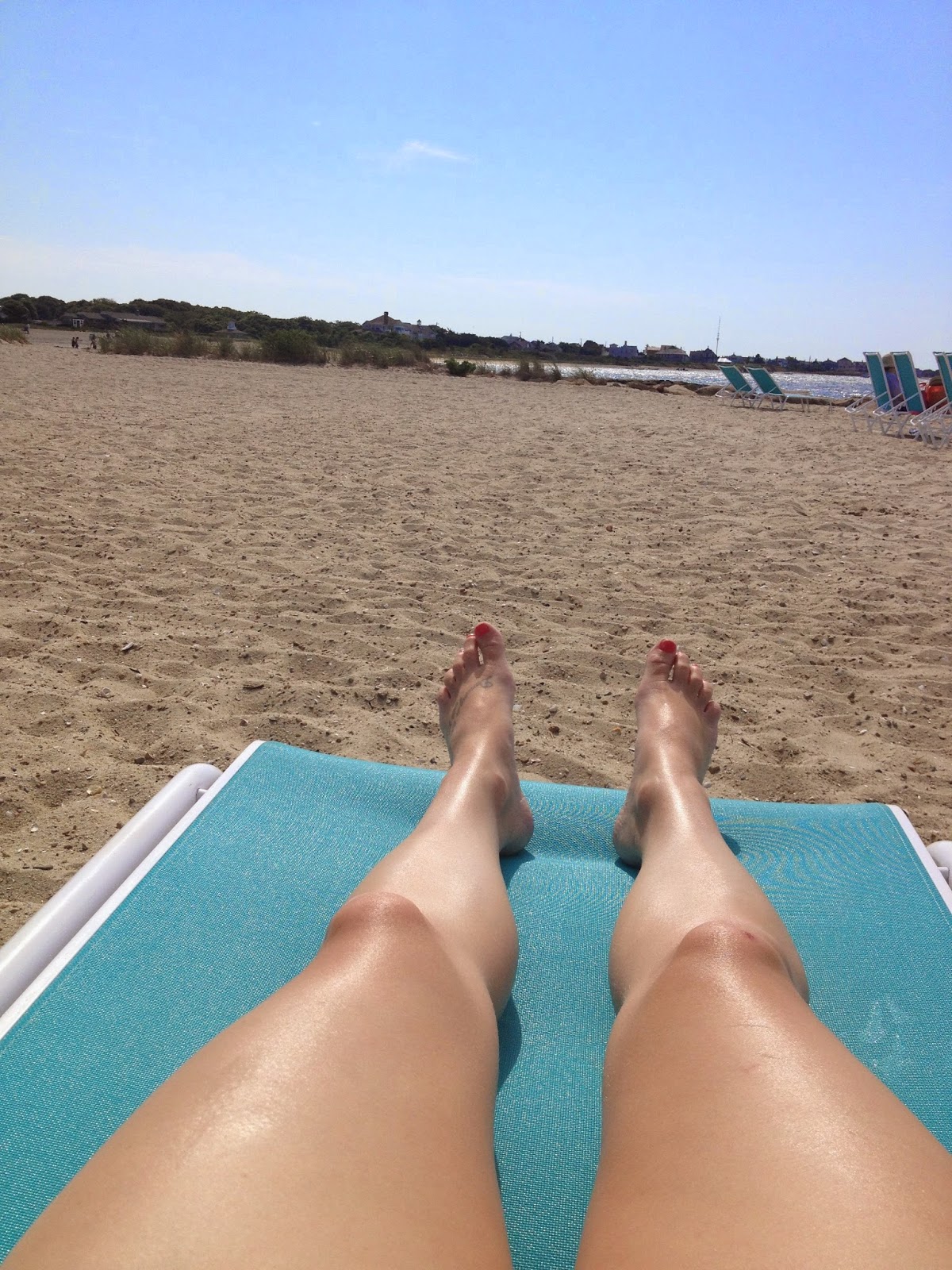 It was a beautiful morning and a great send off after a fantastic weekend! Rachel seemed to have an amazing time with all of her best girlfriends and it was so much fun to celebrate with her!

Next time we will all be together will be for the rehearsal dinner and I am so excited to celebrate Rachel and Ant's wedding!