Hello and Happy Tuesday to you!

I didn't get anything posted up here yesterday because I was completely exhausted after a busy weekend. I'm also getting used to my new schedule which is difficult as I'm sure you know!

This weekend was Brittni's Bachelorette Party! If you don't know, Brit has been one of my best friends since first grade. I feel like a part of her family whenever I am around them and always have a great time being part of anything that involves Brit and her family. 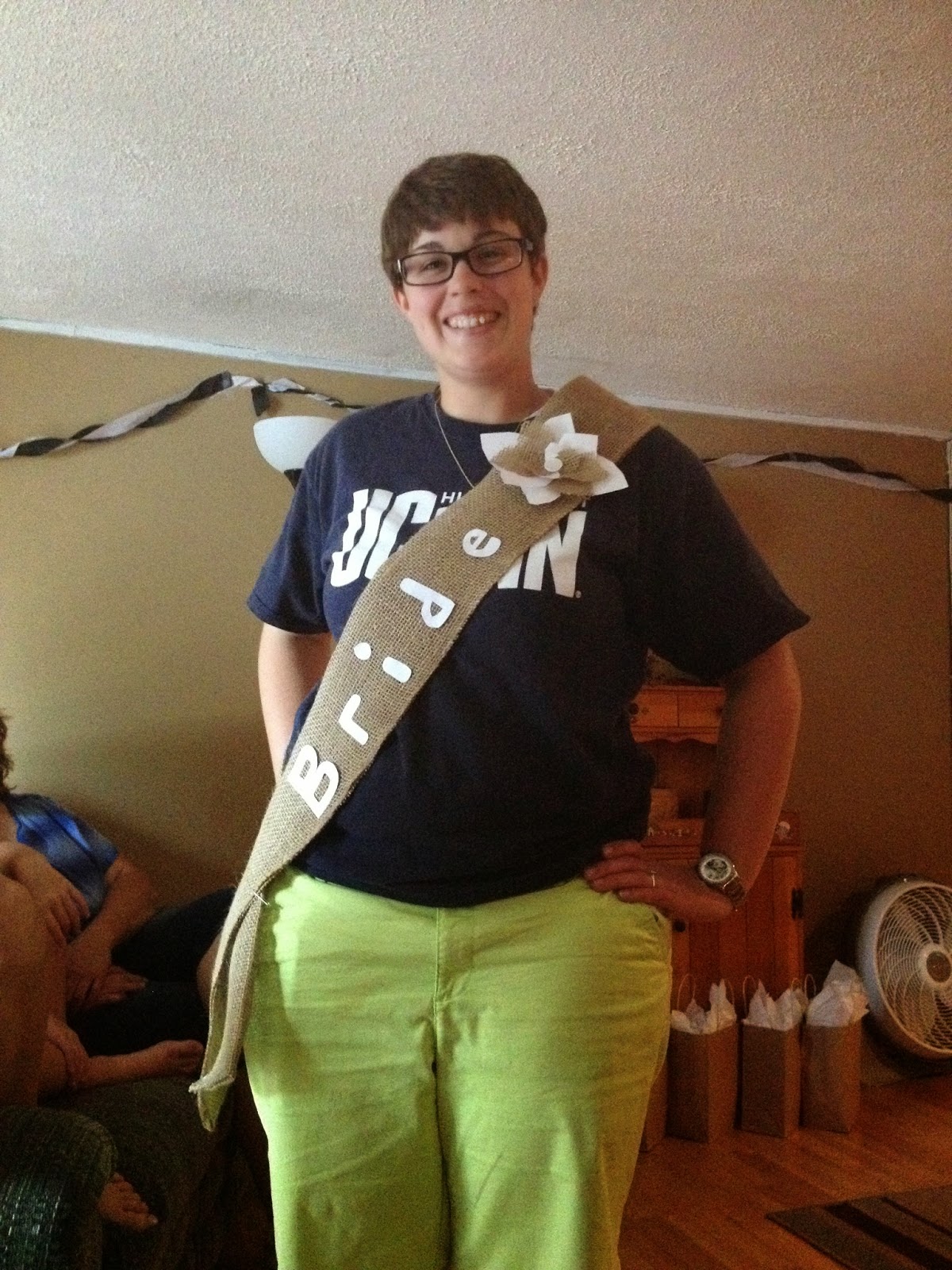 On Saturday night we celebrated with a party at Brittni's apartment. We played Cards Against Humanity which was a blast. We had a pretty low key night and went to bed fairly early since we needed to be up early the next day.... 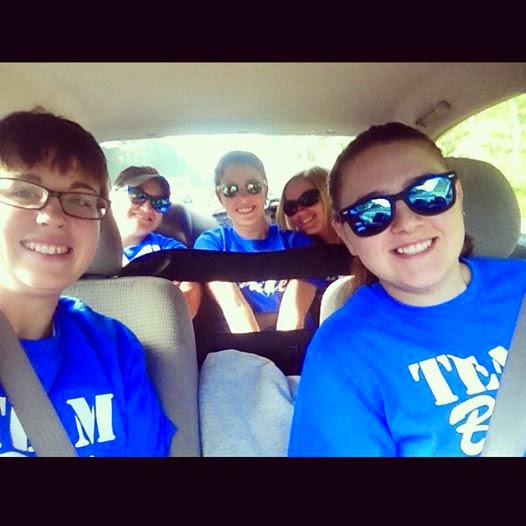 On Sunday morning Brittni, her sister Katie, Julia, Rachel and I hopped in the car and drove to Boston! Katie got us all Team Bride t-shirts since we were headed to a Red Sox game. Unfortunately our t-shirts were almost the same color as the Toronto Blue Jay's jerseys but that didn't spoil our fun! 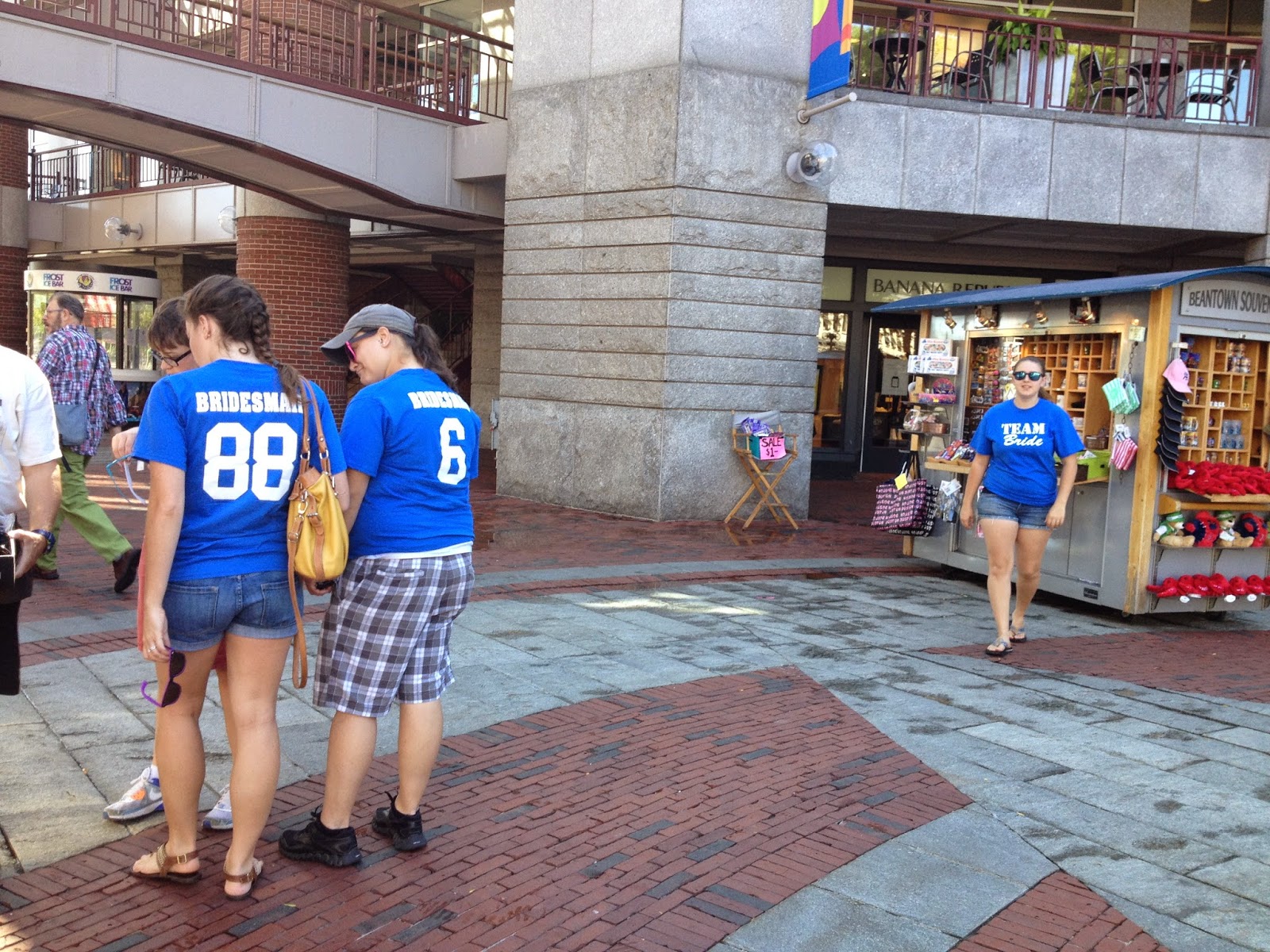 We spent the morning wandering around Faneuil Hall... 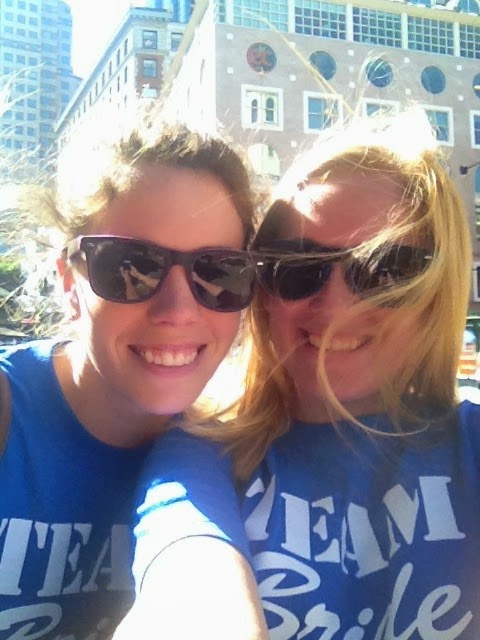 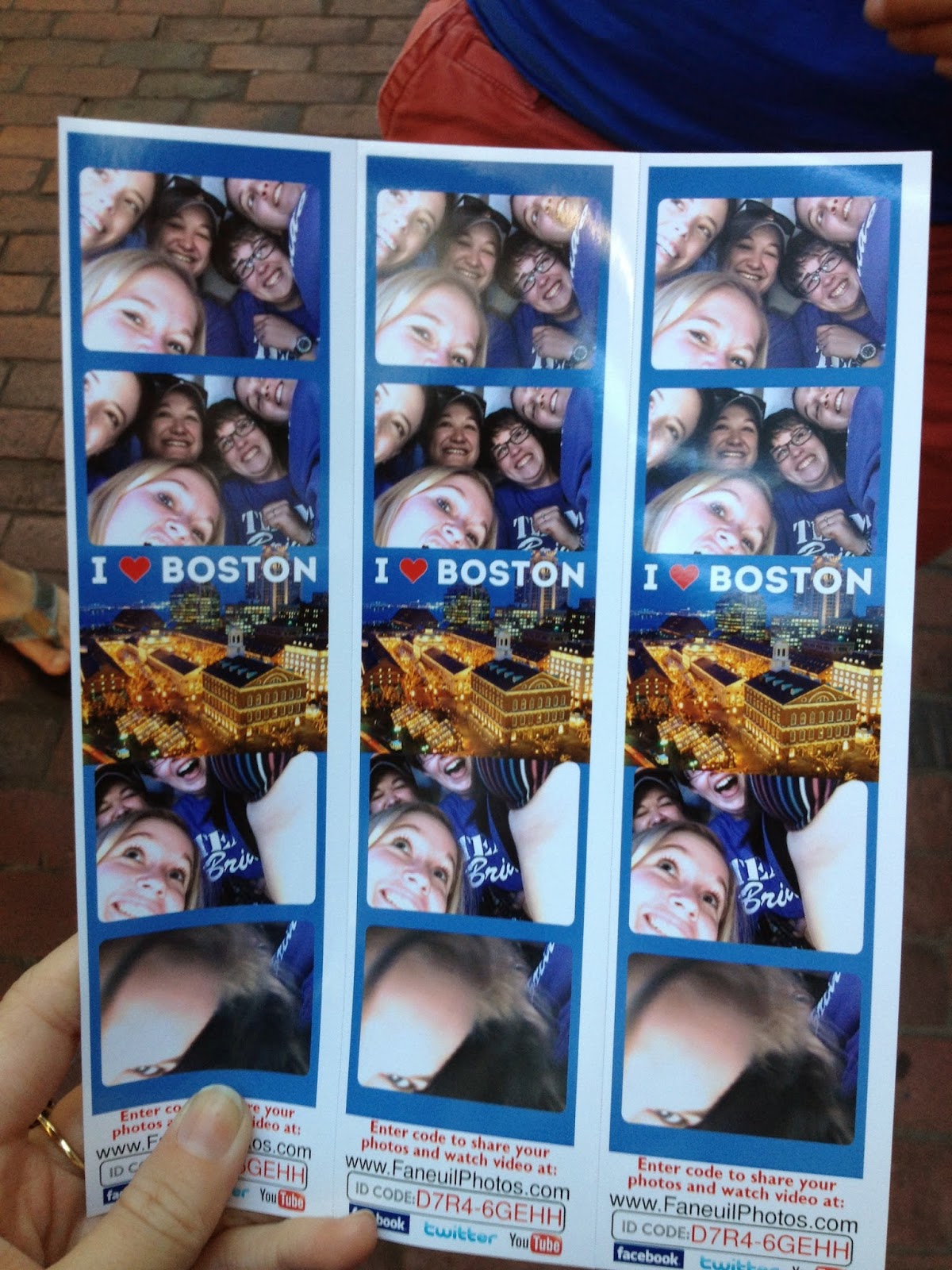 And taking some photo booth pictures... 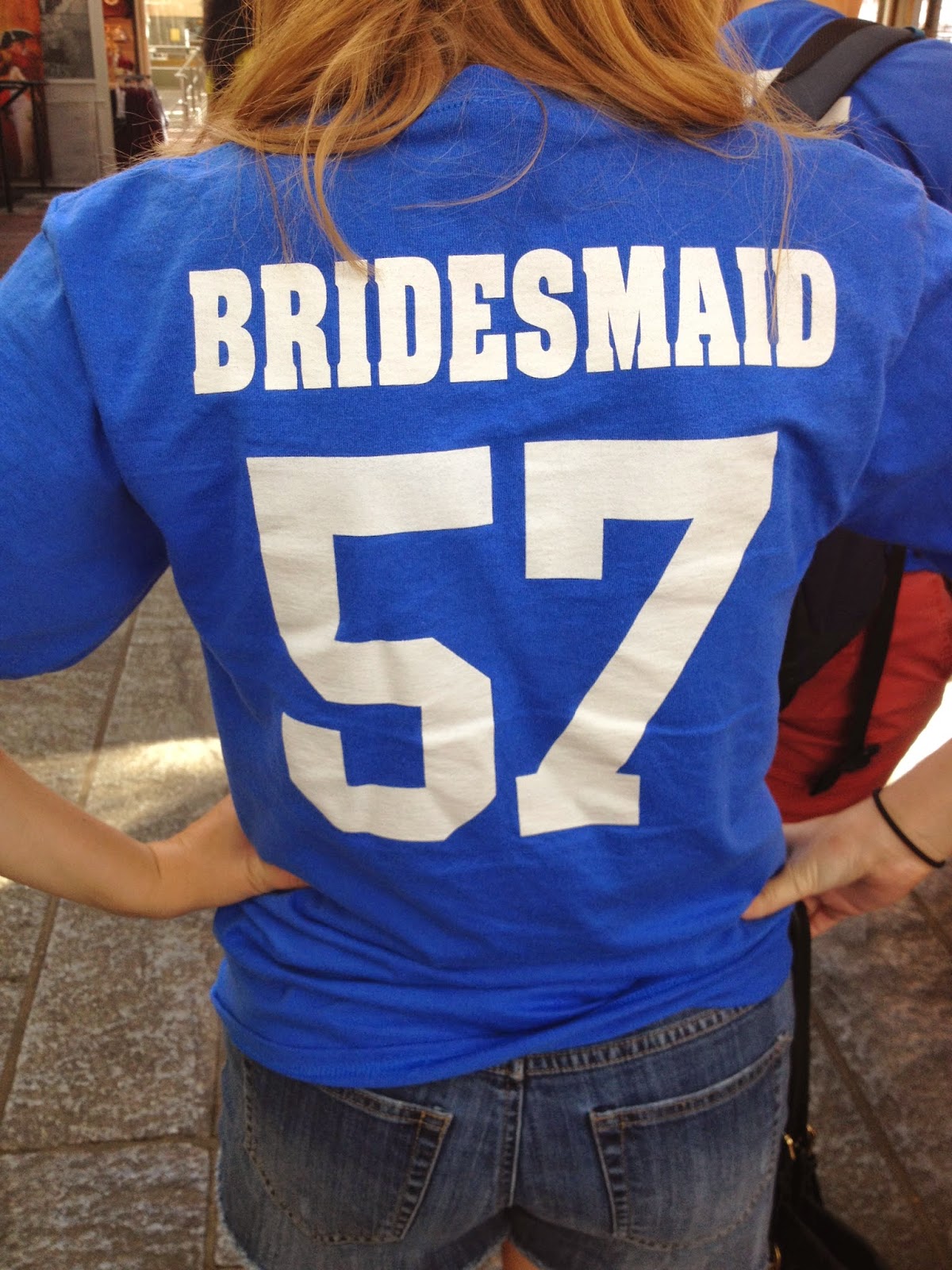 ...and showing off our wicked awesome t-shirts.

Then it was time for lunch! 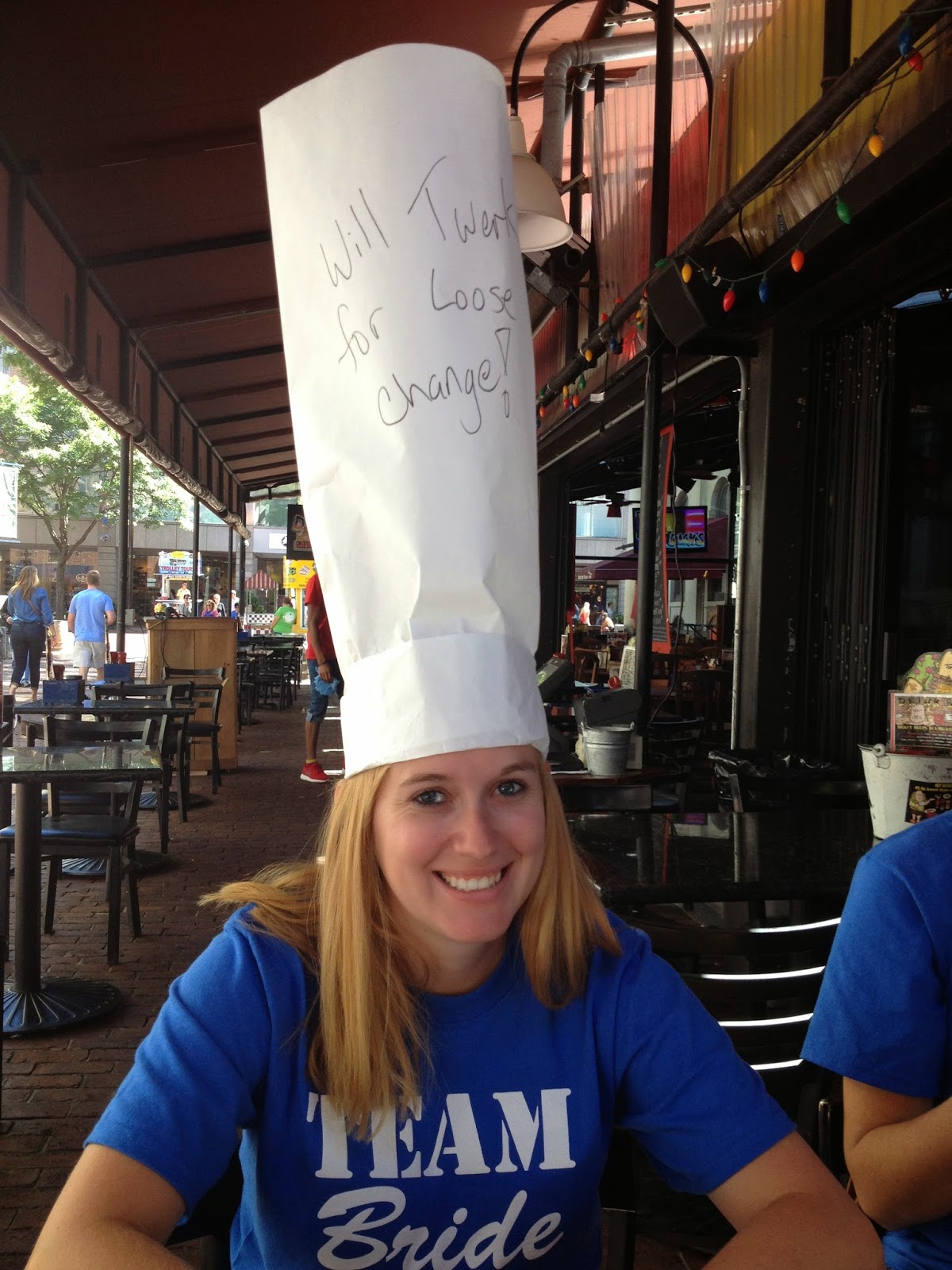 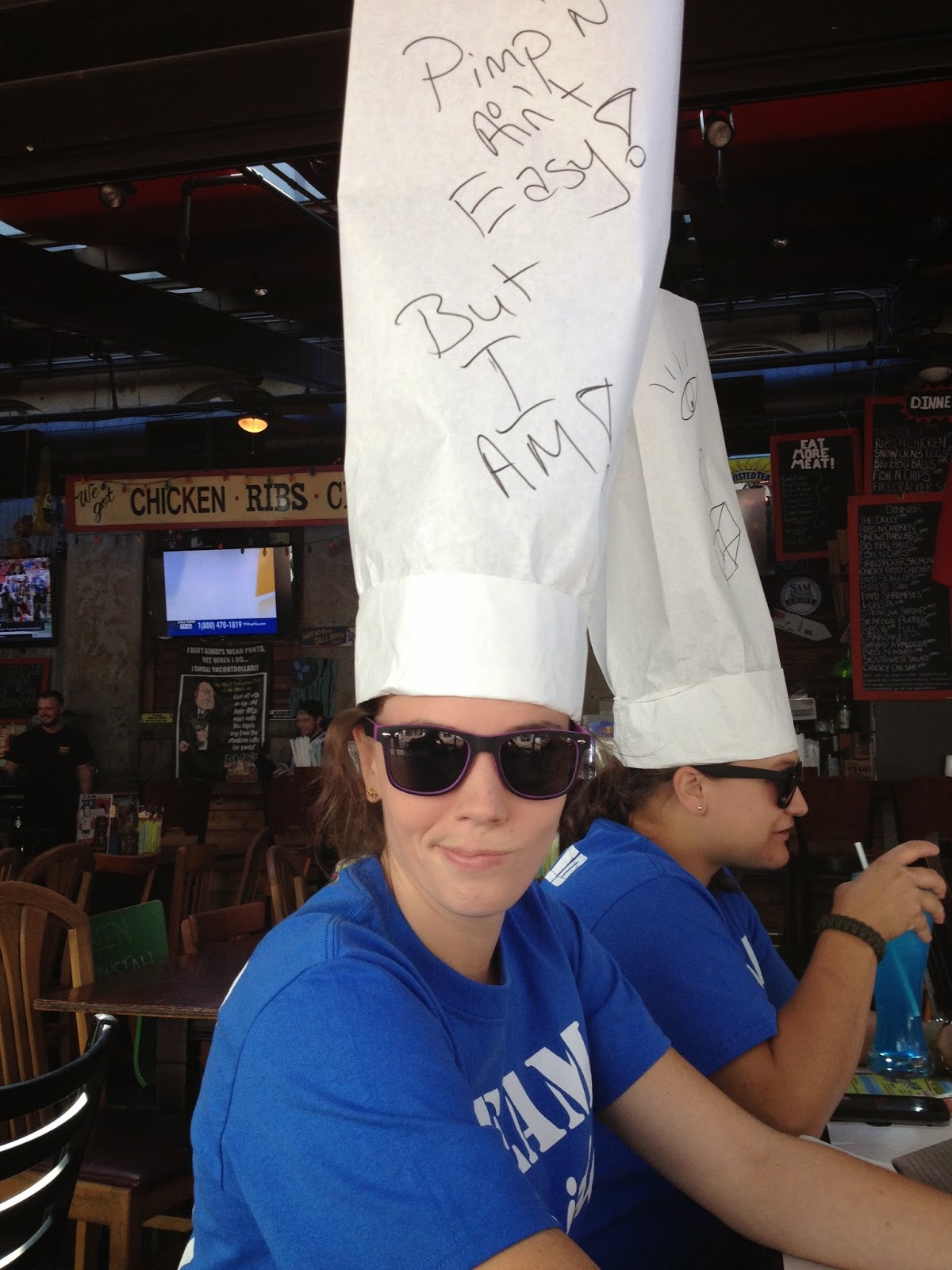 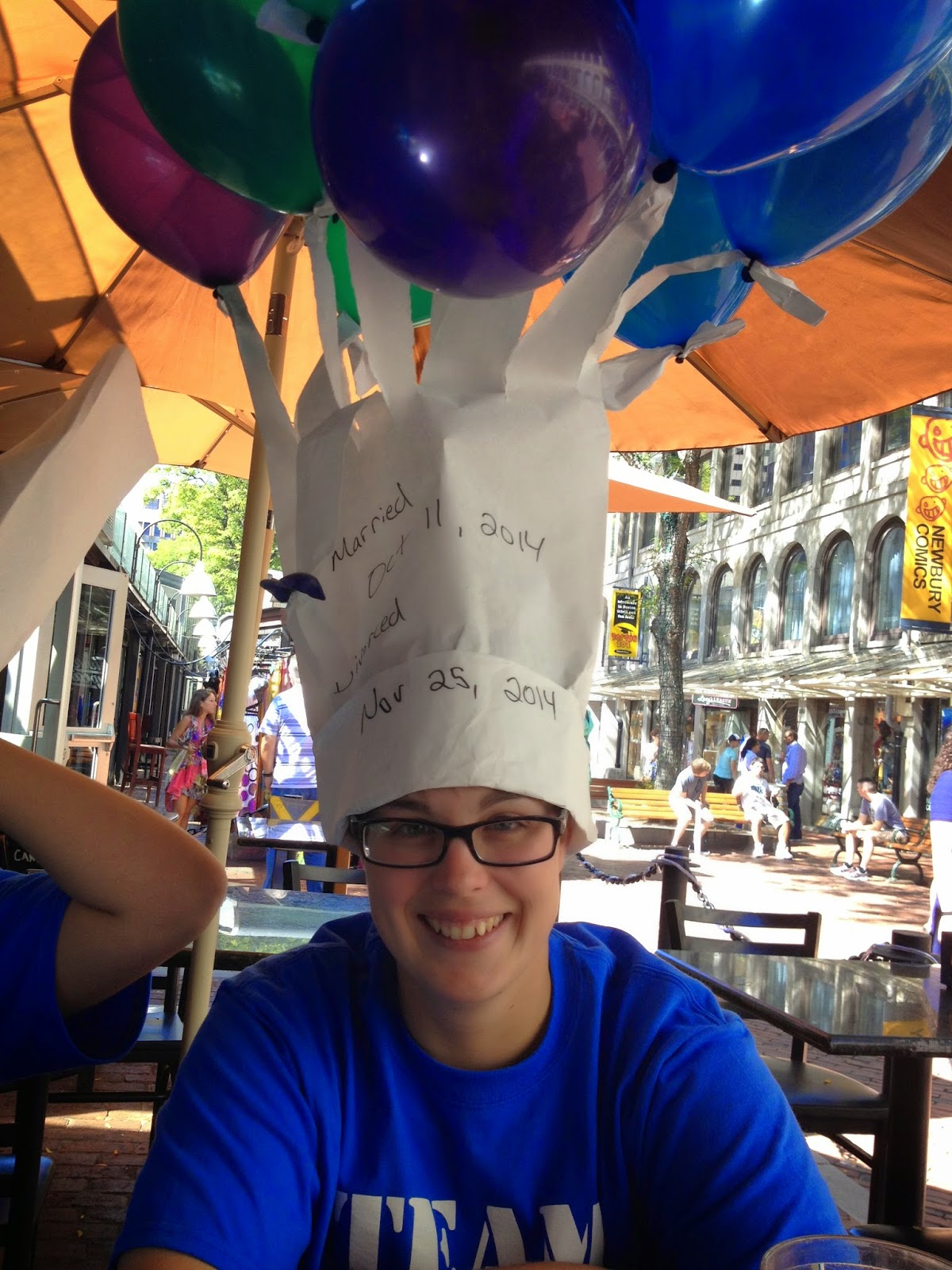 We had lunch at Dick's Last Resort which was a blast. In case you've never been to Dick's the idea behind the restaurant is that your waiter is a total jerk to you. He made us all hats that said funny things on them. Mine said "Will twerk for loose change", which was hilarious because I regularly pick change off the ground =)

Our waiter threw our silverware and menus on the table, kept pushing my hat down over my face, and brought Rachel water in a cup that had holes in it. He was absolutely hilarious and we all left saying what a great time we had. 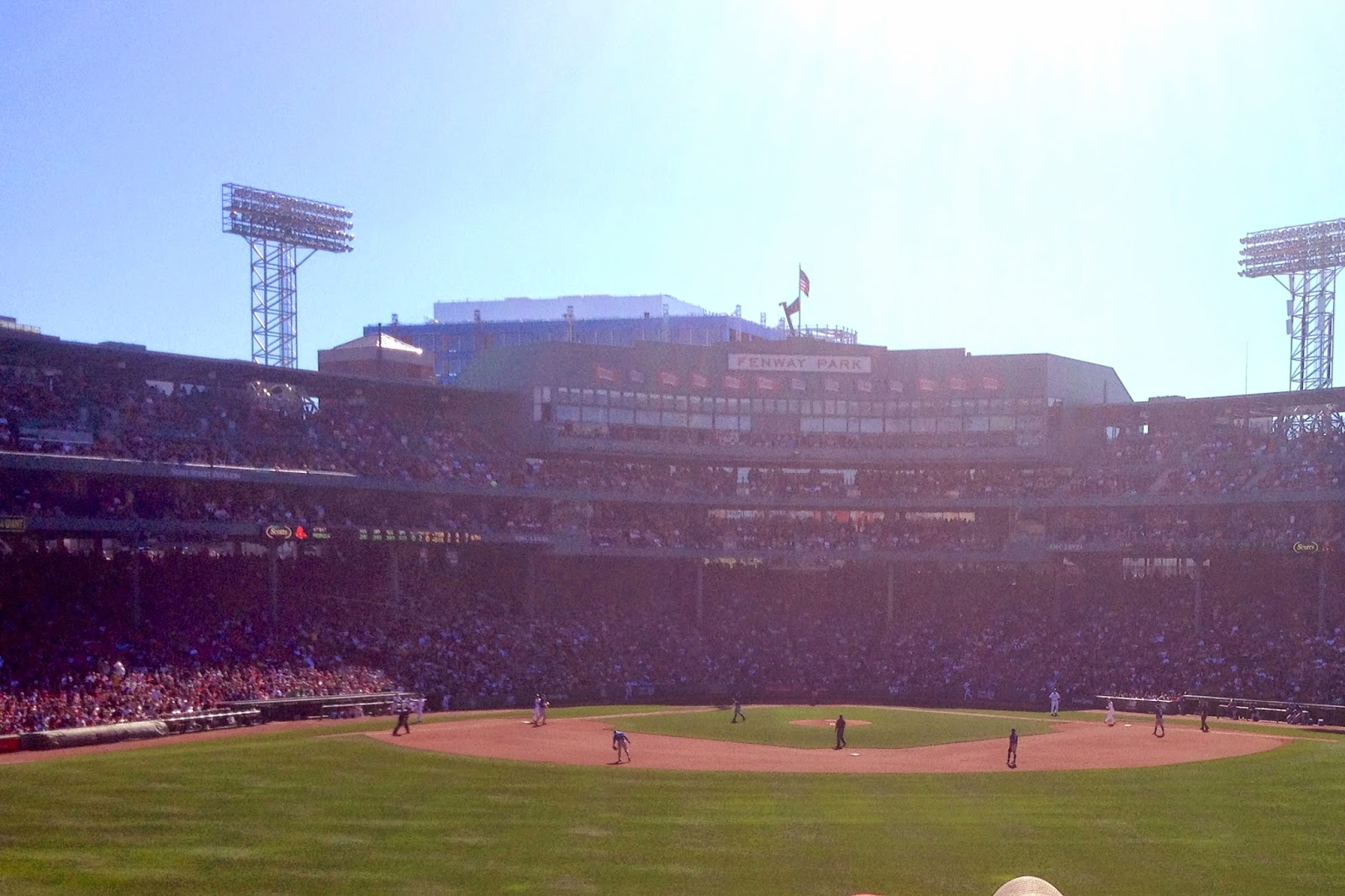 Then we headed to Fenway! It was reallllllly hot at Fenway- not a cloud in the sky. We had a great time watching the game even though the Red Sox lost. It was the perfect way to end the weekend! 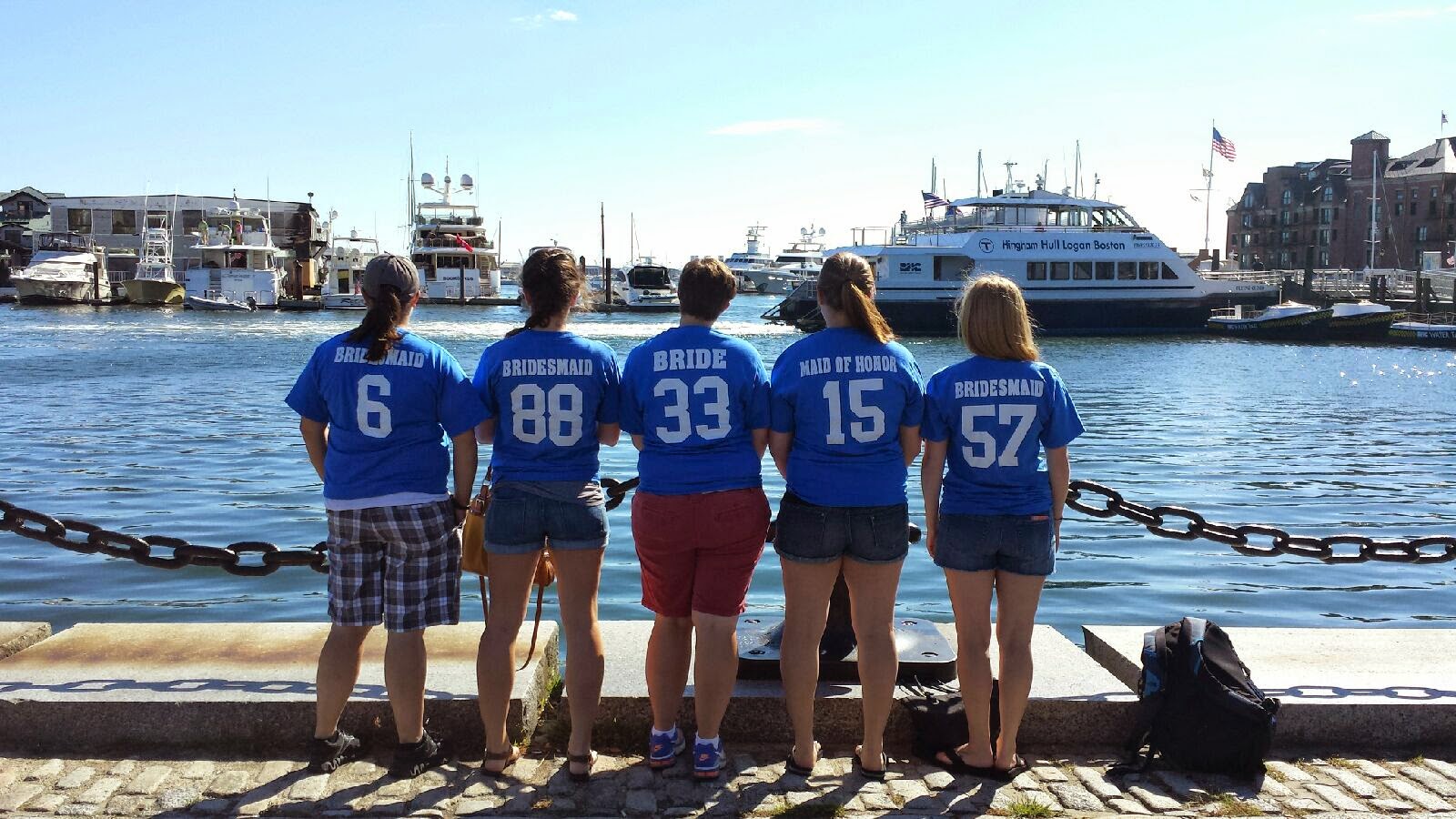 Happy Bachelorette Brit!
Posted by Melissa at 6:00 AM