This past weekend Brittni and I spent some time making ornaments for our co-workers. This was a easy gift to hand out to our co-workers since neither of us were sure if people at work exchanged gifts or not. We thought that this would be a cute idea and ended up being relatively easy so I thought I would share what we did in case you are interested in making some ornaments this holiday season! 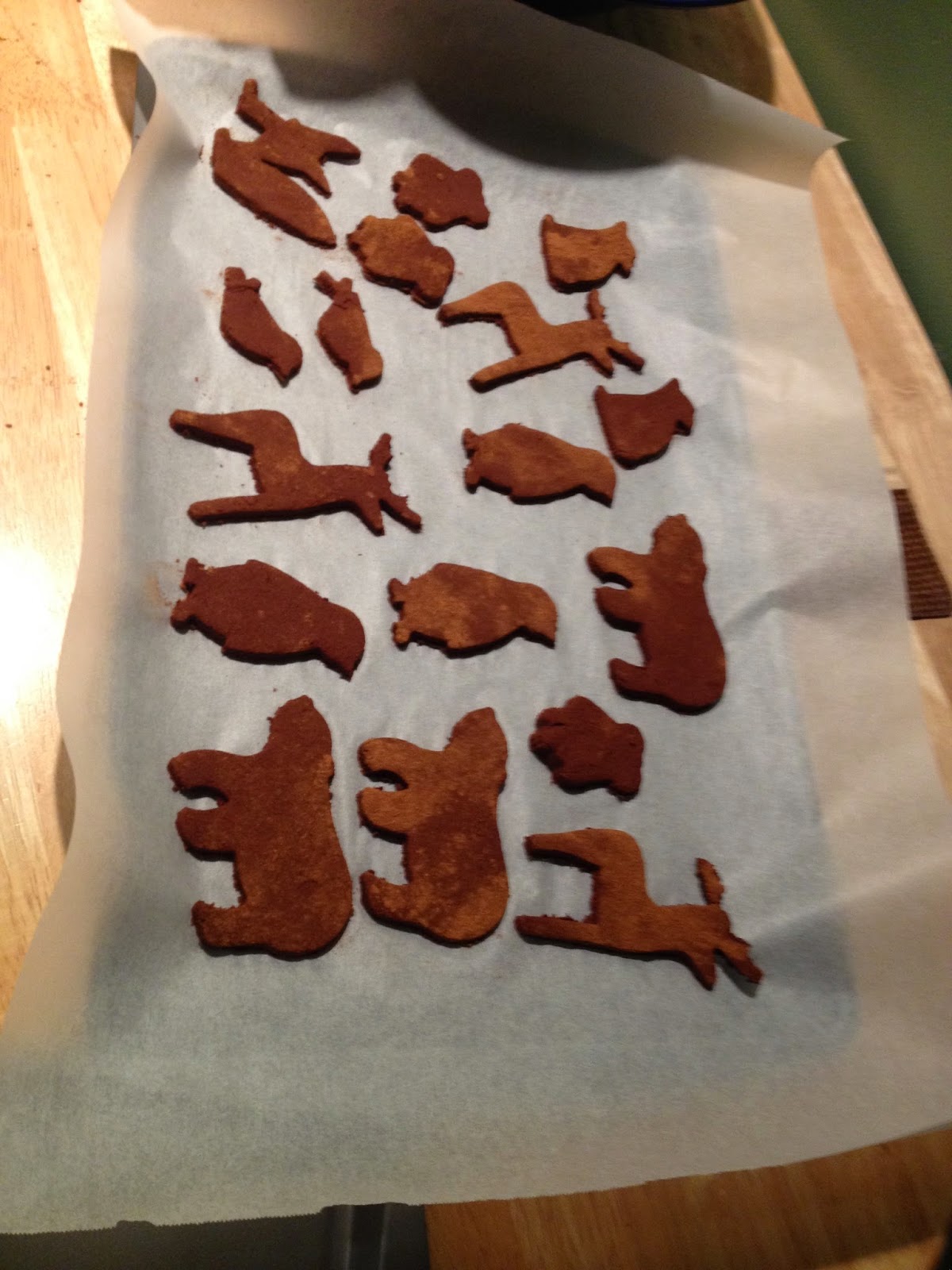 This is our finished product- don't they look cute? 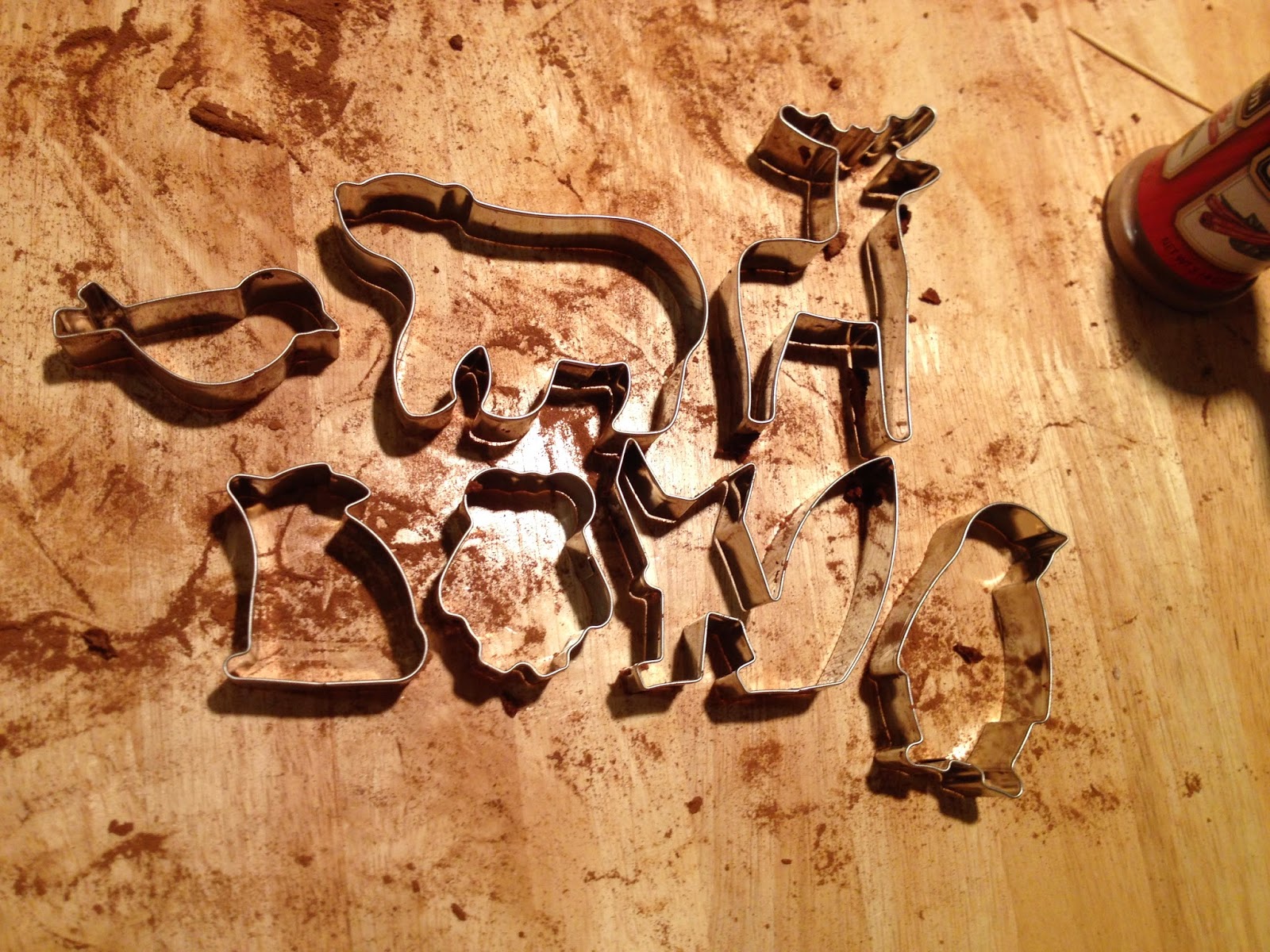 Brittni had received adorable cookie cutters for her wedding shower- the shapes were perfect for winter. We used the following shapes: reindeer, penguin, fox, bear, owl, rabbit and bird. They were all so cute but the bears and penguins ended up turning out best since they are solid shapes and were easier to remove from the cookie cutters. 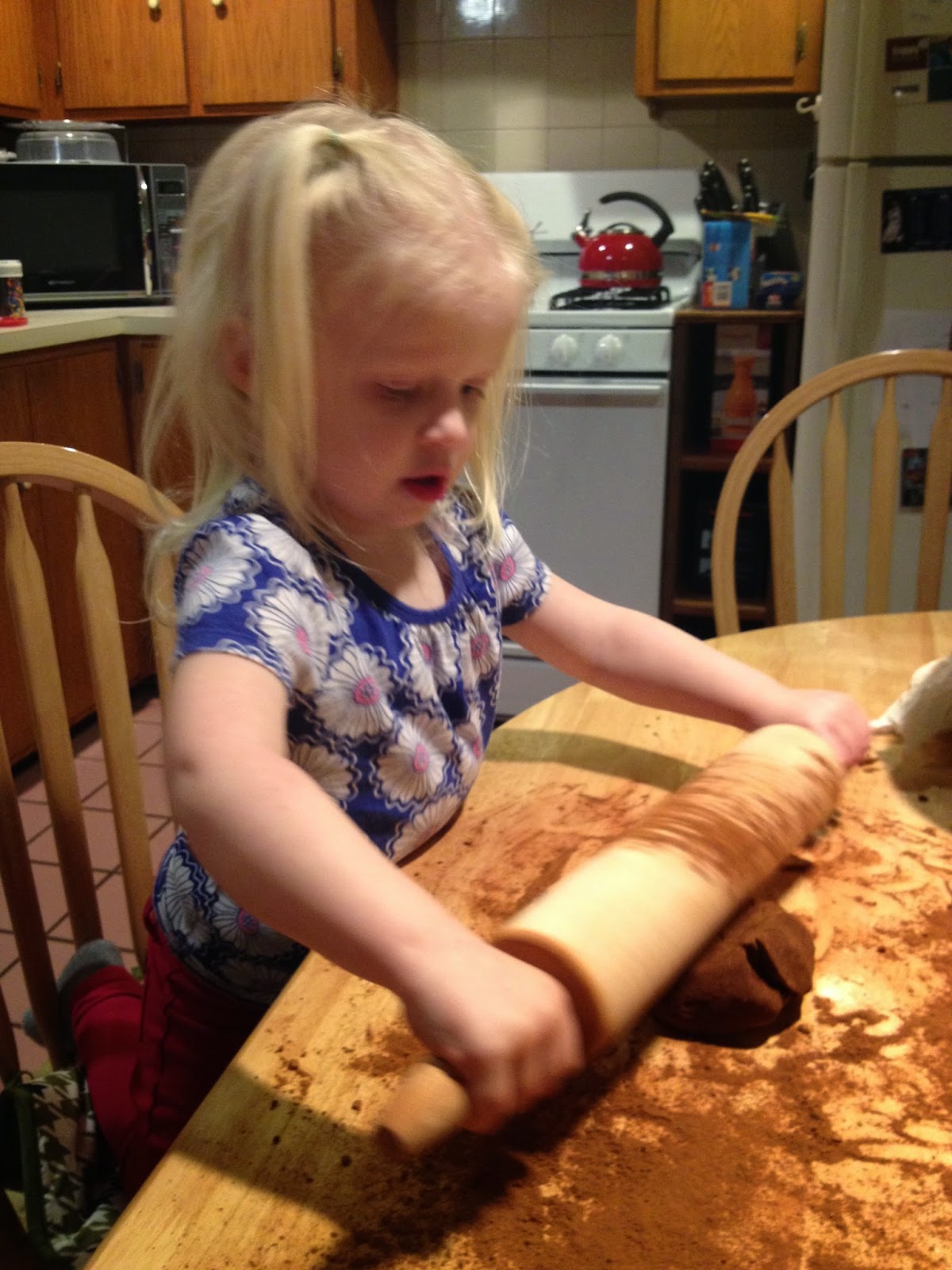 We had a little helper with Brittni's three year old niece. She was great at using the rolling pin!

We used one cup of applesauce with a little over a cup of cinnamon. We learned to be very generous with the cinnamon since it helped to keep the dough not as sticky. I dug my hands into the bowl with cinnamon and applesauce and mixed it by hand until is was doughy, Then we made small balls of dough and rolled them out on the table (adding cinnamon as needed) and used cookie cutters to create ornament shapes.

After we had all our ornaments cut out we placed them on parchment paper (which we draped on the cookie trays). We made sure to use a straw to make a hole in each ornaments so we would be able to loop ribbon through it.  Then we baked them in the oven for two hours on 200 degrees.

After two hours we simply pulled them out, looped ribbons through and voila! 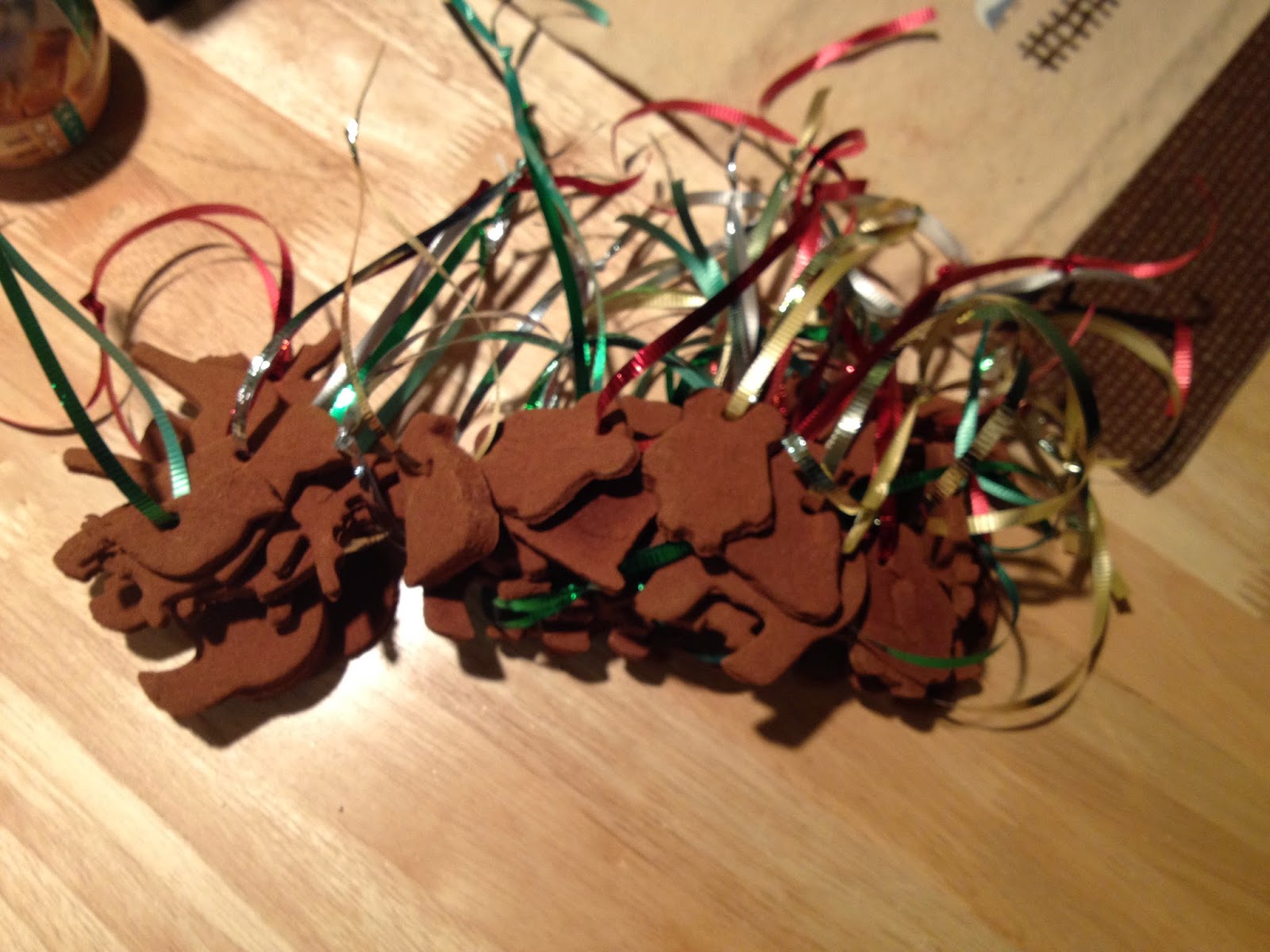 Have you ever made ornaments? There are so many fun ornament craft projects out there- I would love to make something different next year! =)