This week Sean Lowe released his new book and I briefly considered downloading it to my Kindle...then I saw the price on Amazon and decided I would wait it out till the price drops a little bit.  In the section that shows what customers also bought was a book written by Bachelor's biggest villain.... 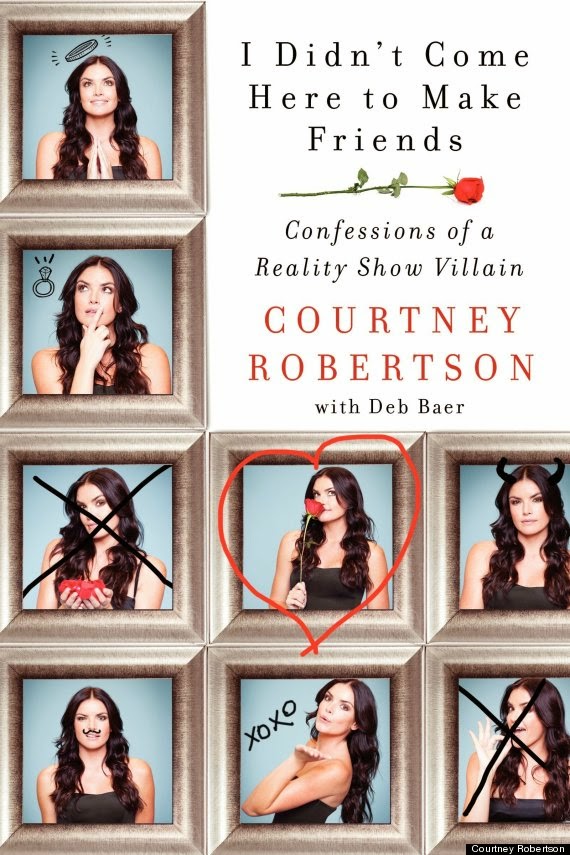 I Didn't Come Here to Make Friends by Courtney Robertson was a tell-all, don't hold back book! When I watched Ben's season of the Bachelor I hated Courtney. I found her obnoxious and wanted her to get sent home every week and was very upset when she was the winner of the season. I decided to read this book to gain some behind the seasons info and learn what happens when the cameras turn off on the show. Courtney didn't disappoint!

Courtney shares in this book how even though she was responsible for the comments she made towards the other girls but she was made into a much bigger villain then she ever actually was. Courtney may have not gotten along with the other contestants and may have made some terrible decisions but it appears that the other girls were just as nasty- they just weren't caught on film. She also shares information about her relationship with Ben after the show ended- someone who should probably never be in a relationship. Ever.

I really enjoyed this book and finished it quickly. It was not very well written, but I was intrigued the whole time. I loved hearing the gossip and was excited to learn about what the Bachelor is truly like behind the scenes.

Do you watch The Bachelor?

This season I am loving the show so far. I was a little disappointed when Ashley I got sent home on Monday because she was crazy and definitely added some dramatic craziness each week! As for real contenders I am currently liking Jade, Whitney and Becca!

Who's your favorite so far?
Posted by Melissa at 9:32 PM