It is a happy Monday for this girl because I don't have to work on Friday which makes this a lovely four day week! Lately I have been having a ton of fun, spending time in the beautiful summer weather and of course working. I thought on this Monday I would share a little bit about my life lately. 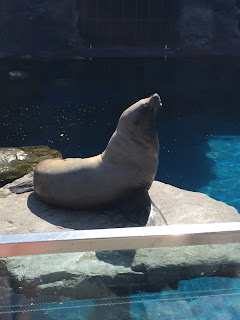 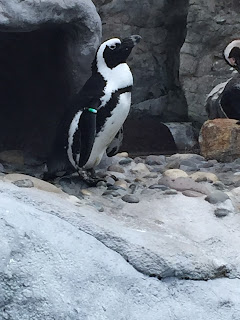 A couple of weeks ago my boyfriend Tim and I headed to Mystic Aquarium for an afternoon of visiting some sea creatures! We had a blast walking around checking out each exhibit. 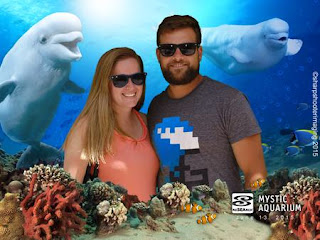 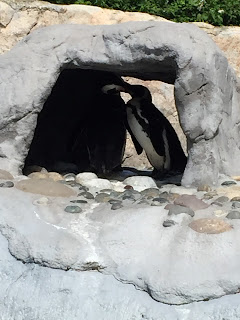 There was even a seriously crazy penguin that hid in a cave and chased other penguins when they came anywhere near him. It was amusing to watch and we got to see quite a few demonstrations while hanging out near the exhibits. We watched the penguins get fed as well as the beluga whales participate in play time.

I had such a fun day and we topped it off with a walk around Mystic Village and dinner at Steak Loft (if you're ever in Mystic CT you must have a meal there!).

Another weekend adventure we took was to Jamestown for a walk around Beavertail State Park. It was a beautiful day for a hike around the rock-filled coast. The sights were breathtaking and it was so much fun to spend the day exploring. 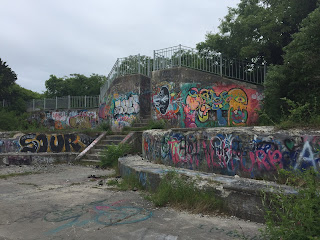 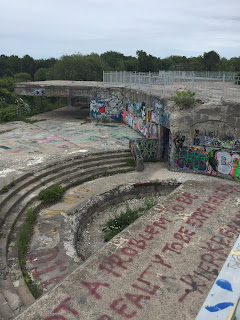 We also stopped by Forth Wetherill in Jamestown, a place I had never heard of before. This was an actual fort which was a little creepy, but the graffiti everywhere made it amazing. There were tons of tunnels to explore which I was too afraid to go inside, but there were staircases to climb and lots of interesting sayings to read along the way. 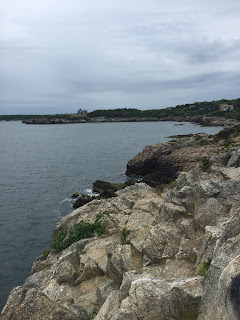 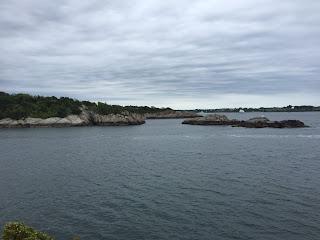 The coastline nearby was also amazing!

There has also been a ton of progress on the addition... 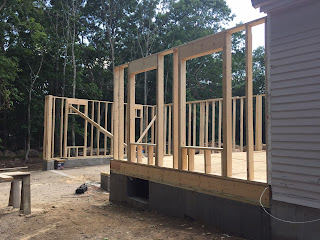 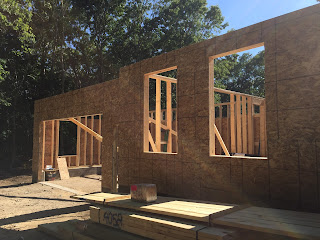 Those are just a couple of pictures I snapped recently. It's so exciting to see progress!

Last week was Brittni's 27th birthday and we celebrated in style at work... 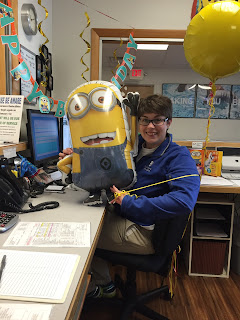 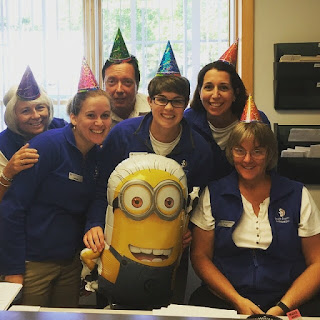 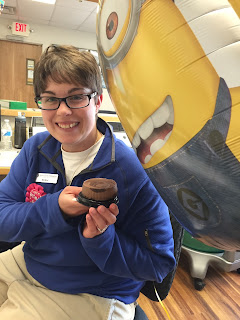 It was a fun day at work with tons of food, presents and of course minions.

This past weekend I attended a baby shower for one of my lovely co-workers Magda and her boyfriend Jonathan. The two of them are expecting a little boy, Oliver in August. The shower was held at Brittni's family property where her wedding took place back in October. It was a beautiful yellow and gray themed shower. 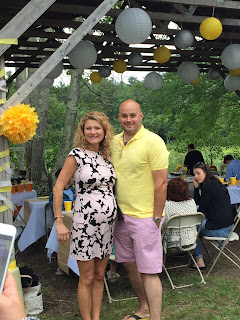 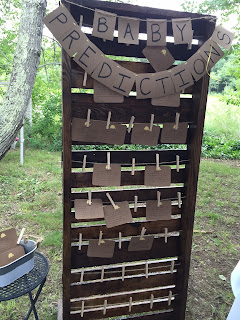 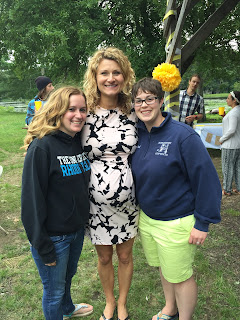 The wedding predictions board was a fun activity and I enjoyed that they didn't spend time opening gifts at the shower. It was just a fun barbecue with lawn games set up, and allowed everyone to spend time with Magda and Jonathan as we enjoyed delicious food. 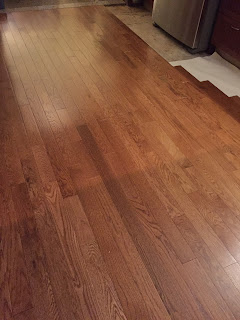 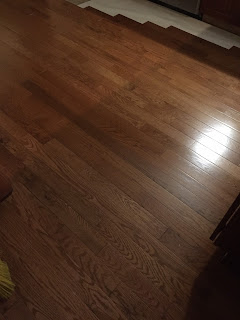 Finally, here is my little girl cuddled up next to her momma as I type up this post. She's such a snuggle bug! 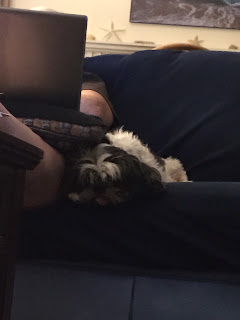 So that's my life lately, what have you been up to lately?
Posted by Melissa at 9:59 PM