Life lately has consisted of a lot of fun! 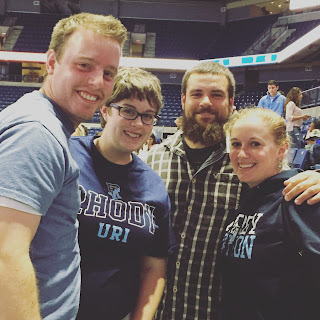 Tim and I joined Brittni and Stephen for the first URI basketball game of the year. It was a pre-season game but was super fun! I used to attend quite a few basketball games back in college so it was nice to be back again. (Plus Rhody won!) 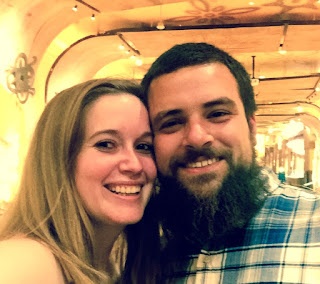 Our friend Marissa turned 21 and it was great to go to the casino and celebrate her 21st birthday! We had a fun dinner and then went to a club for some dancing and drinks. It was a super late night for an old person like me- but I had a great time! 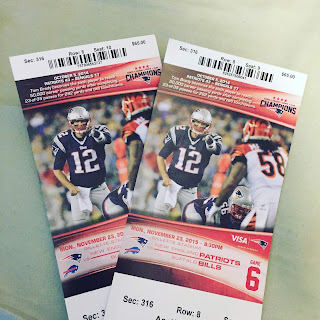 Tim surprised me with Patriots tickets! I was so excited that I cried when he gave them to me :) 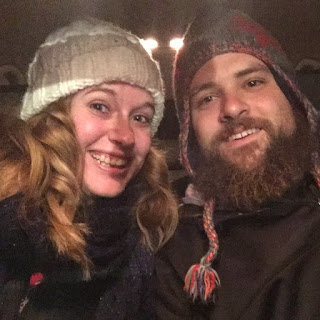 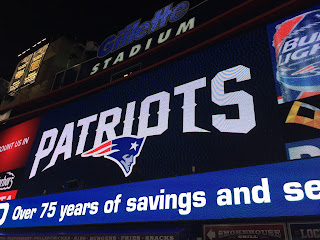 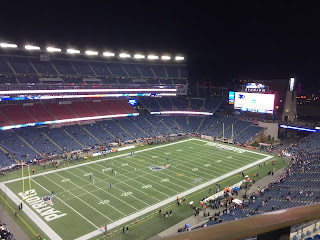 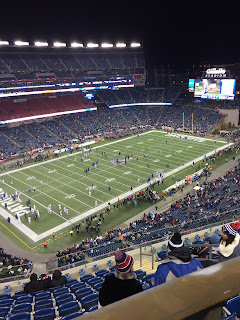 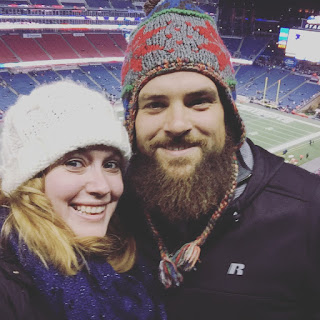 I had a blast seeing Brady and Gronk on the field and still cannot believe that it wasn't a dream that I was there in real life! It was super cold and windy but totally worth it! GO PATS! 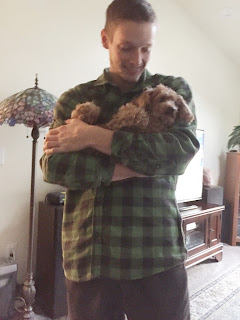 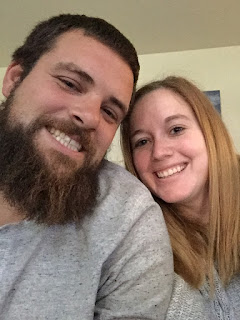 Have you done anything exciting lately?
Posted by Melissa at 4:00 AM