Last week was crazy trying to get everything packed and moved from Tim's house to my house. He did a ton of sorting of his belongings and managed to get rid of quite a bit of clothing! He sent me a couple pictures of his packing process. 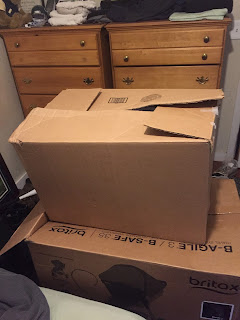 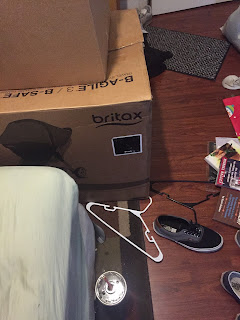 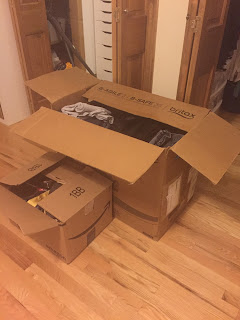 When I came home last Thursday afternoon I found these boxes ready to be unpacked. You'll see the true size of the bigger box a little further down the post. These boxes took me quite awhile to unpack but it was nice to see some progress! 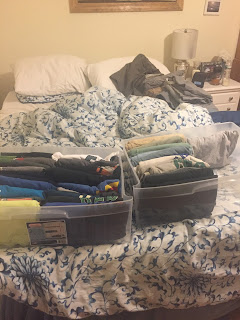 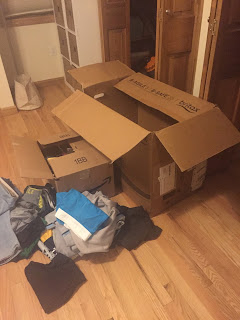 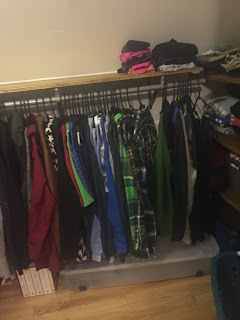 By the end of Thursday night we had quite a bit completed! 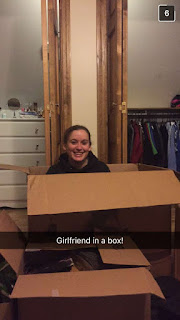 I also showed how truly big the box Tim had packed his clothes in was by sitting inside it. Photo courtesy of Tim's snapchat. 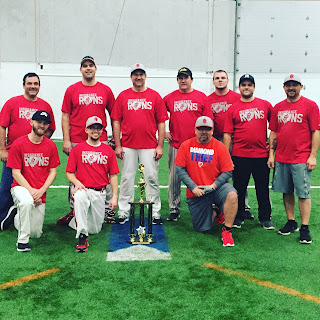 On Friday we took a break from moving. Tim won his softball league- I have never seen him not win a softball season! :)

On Saturday I took a whole car load of Tim's items to my house. Here's what his room was looking like on Saturday morning before finishing packing my car. 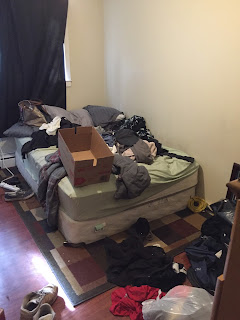 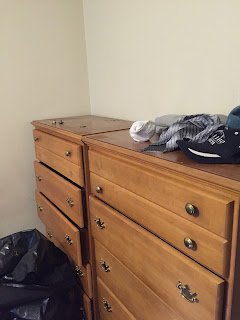 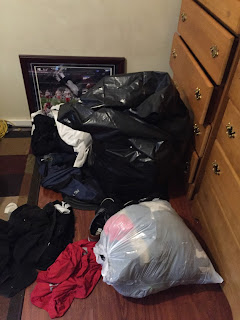 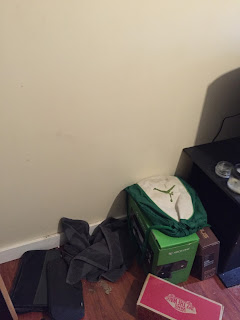 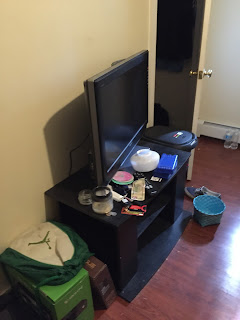 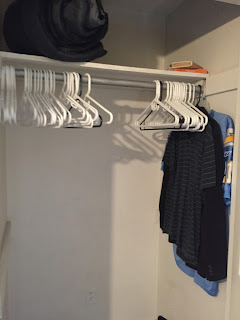 Not much left there! We had a bit of finishing up to do on Sunday but the majority of Tim's stuff was either already at my house or in the car. We only had a few things left to transport including his tv and  mattress (which will be going into storage until we move out) 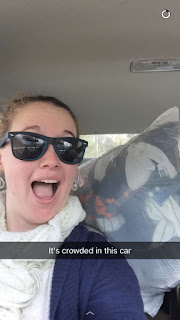 A car full of stuff! The bag behind me is actually a bag of donations, I was very proud of how much Tim donated!


Part three, the final edition is coming soon! :)
Posted by Melissa at 4:00 AM

Email ThisBlogThis!Share to TwitterShare to FacebookShare to Pinterest
Labels: cleaning, declutter, moving in together