I hope everyone is enjoying their Monday! We are still in Florida on vacation until tomorrow night but are winding down our fun with some rest time and dreading heading back to work! There is still a ton of fun recapping to do, so here we go!

Wednesday started off fairly early when we awoke pretty well rested. My legs were a little sore from the 27,000 steps from the day before but I was feeling pretty good! 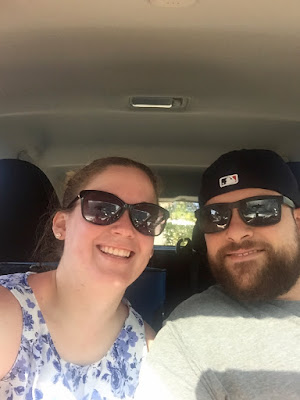 We woke up not really knowing exactly what we wanted to do but ultimately decided to head to Downtown Disney which is now known as Disney Springs. (Side note: I HATE when places change their name!) I hadn't been over this way in quite a few years so there were some parts I remembered, but some sections were brand new. 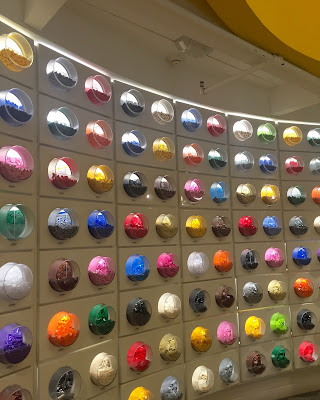 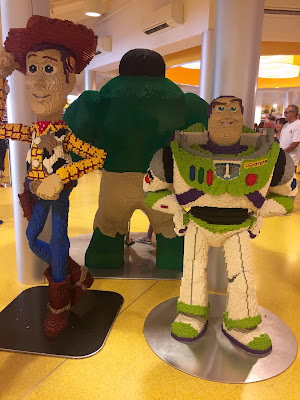 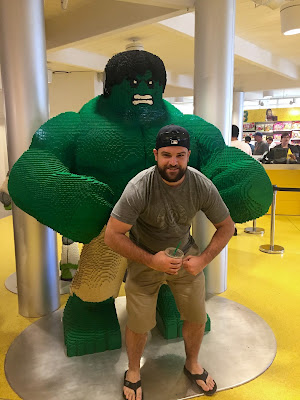 I love that photo of Tim in front of the Hulk! I can't believe how they build all the creations out of legos and make them so large! 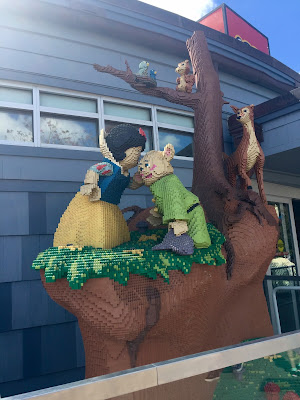 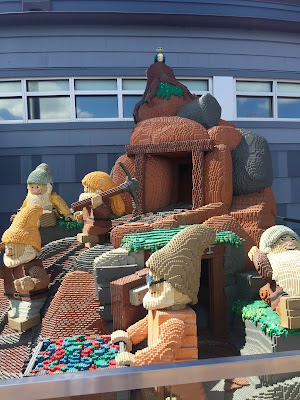 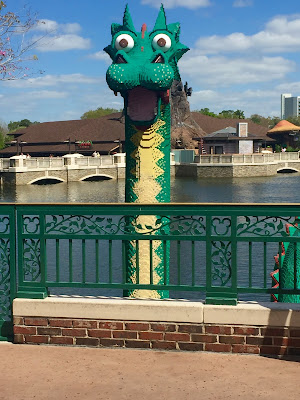 We wandered throughout the stores for awhile checking out everything they had to offer. 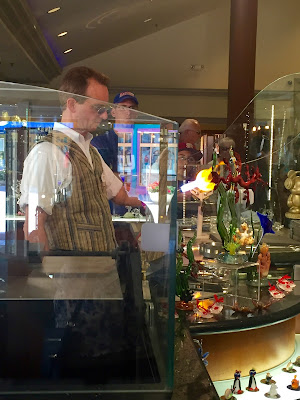 We watched a glass blowing demonstration which was very cool, but all the items were super expensive. 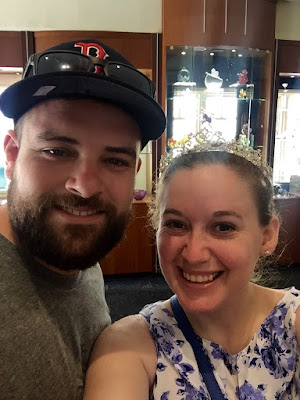 I really wanted a crown! They were so cute!

Finally we stopped for lunch at the Earl of Sandwich Deli and Cafe. I chose a cheese french bread pizza and it was delicious! I love french bread and anything with a ton of sauce on it, so this was right up my alley! 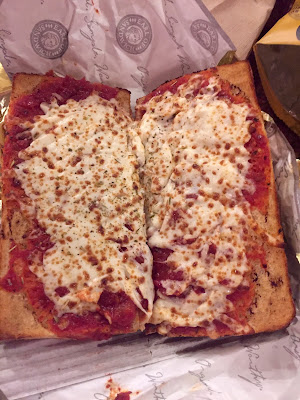 Yum! Tim chose the Full Montagu sandwich and he enjoyed it but he said he wouldn't call it the best sandwich in the world.

We walked into the T-Rex area of Disney Springs next, which is a restaurant as well as a store. Every so often the dinosaurs all move around (kind of like Rainforest Cafe) which was cool to see. We wandered the store for a bit and looked at the Build A Dinosaur section (part of Build A Bear). 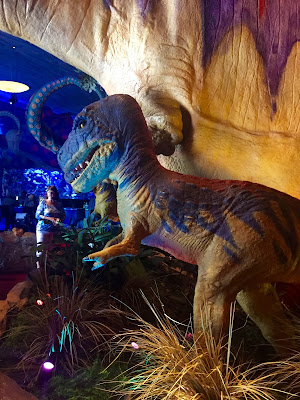 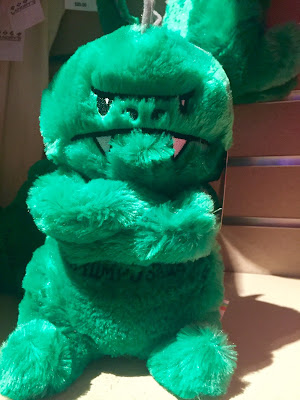 I really like this little guy, he's a Grumpasaurus!

We felt like we had our fill of walking around soon after decided to make the hour drive to my parents house in Florida! 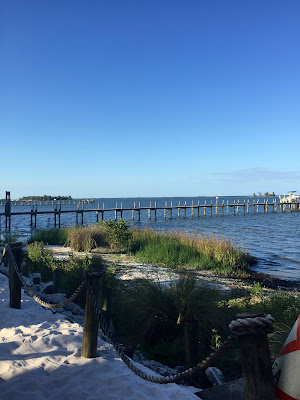 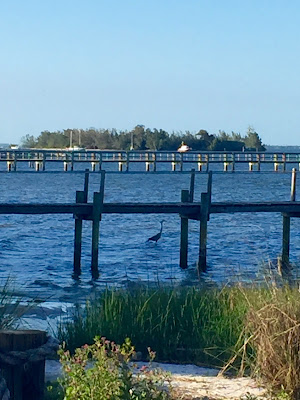 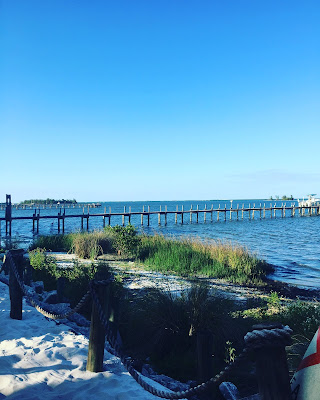 Blue skies and sunshine greeted us, as well as my happy-to-see-us parents! We enjoyed drinks and spinach and artichoke dip with them at the Tiki Bar a local restaurant. It was a really cool restaurant, right on the water, with views that you can see in the above photos.

For dinner we had a quiet night of pizza at home and rested up for more fun the next day!