After having brunch in Downtown Vero Beach on Easter morning, Tim and I decided that we should make a trip there on Monday morning to walk around and see if there was anything interesting to do. We quickly discovered two things. Number one: Most of the shops were marketed towards woman. Number two: All of the shops were VERY expensive. So we decided instead of wandering the commercialized streets we would head to a nearby park and see what we could find.

We ended up discovering the Veteran Memorial Island Sanctuary, a place I had never heard of before. Each section of the island is dedicated to a different branch of the military. It was an extremely peaceful place where veterans can take a seat on the bench of their branch and civilians can walk around, enjoy the scenery and thank those who have served our country. 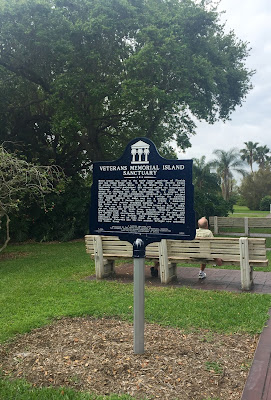 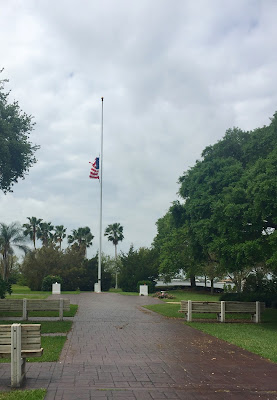 There were not many people within the park which was great for us since we were able to walk where we pleased and take in the sights. Tim did find a new friend though: 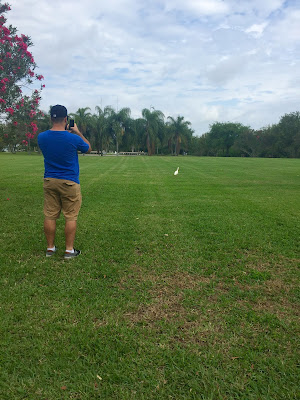 I still loved seeing the different birds on our trip, there are so many in Florida that we never get the opportunity to see in Rhode Island. Everywhere you go there is new wildlife! 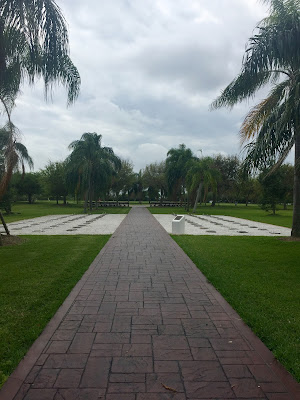 After spending some time in the park we headed to Publix to grab some grinders (In case you aren't a Rhode Islander a grinder is another word for a sub or sandwich made at the deli. I tend to confuse people when we are on vacation by referring to them as grinders!) 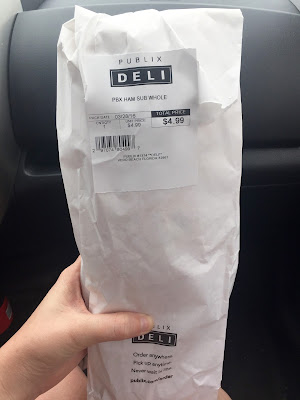 Seriously, if you are in a place with Publix consider yourself insanely lucky! They make the best sandwiches! If you haven't had the opportunity to eat at Publix next time you are near one check it out, it'll be worth your time.

We parked the car down by the water in Sebastian and took a walk down the dock, looking for lizards as we walked. 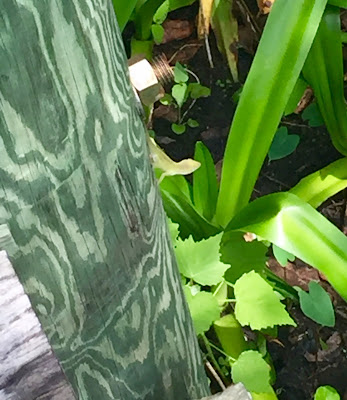 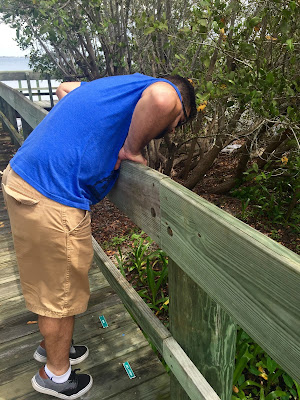 Tim yelled at him not to run away because he was his new favorite. He was the only all green lizard we saw during our trip but we saw many different varieties during the week. 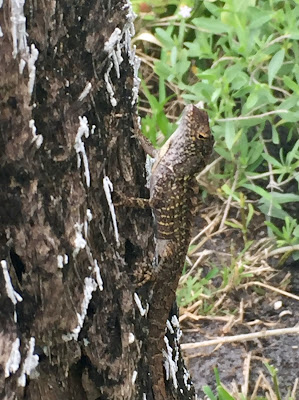 Above is another lizard who let us get pretty close! 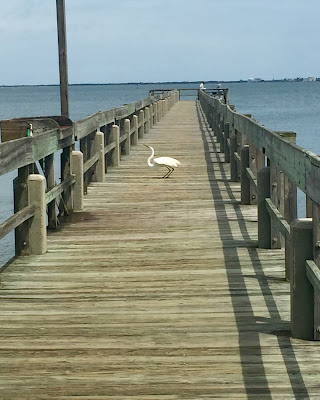 We also came across this guy who was blocking our way. 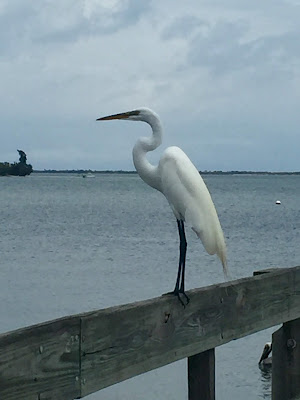 Who nicely stepped aside to let us cross. 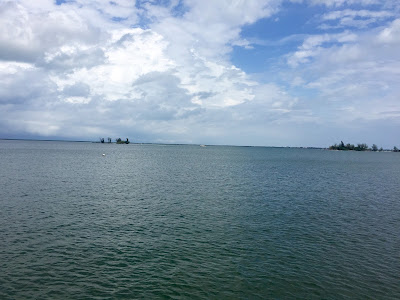 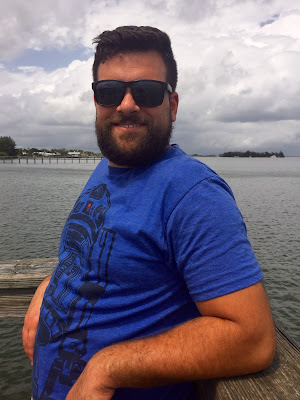 We spent some time on the dock just soaking up the sun and taking in the beautiful sights. Then headed back to the house for some down time before dinner. 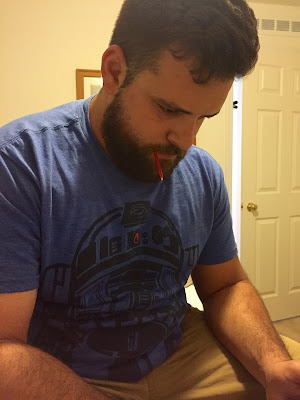 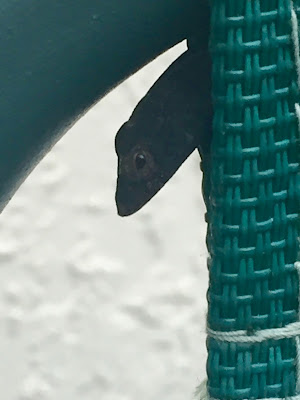 And we hunted some more lizards!

Around 6 we decided it was time to head off to Mulligans the place we had chosen for our last dinner. Tim and I decided to go to dinner alone for our last night of vacation knowing that we would be at the airport the following evening. 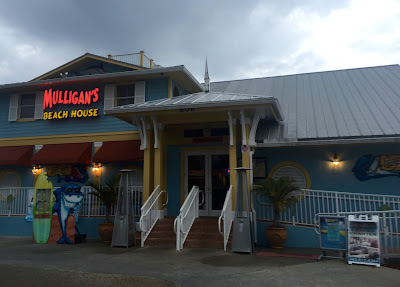 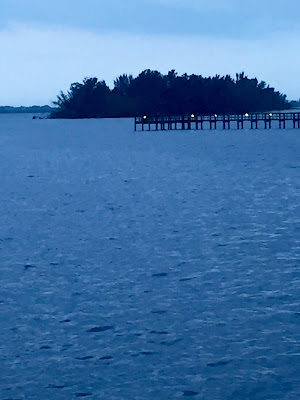 Mulligans is a restaurant right on the water in Sebastian and we were actually able to see dolphins swimming by during our dinner! I was so happy that we chose this restaurant for that fact alone. 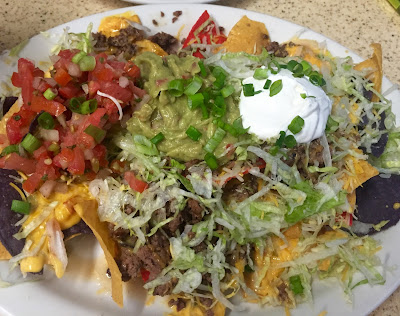 We started off with the nachos as our appetizer and they were delicious. I don't eat ground beef so I just picked around that part but we both dug right in and finished them off. 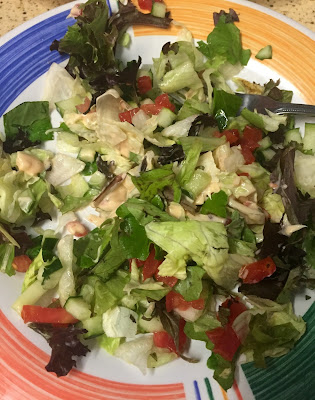 The salad course was a little icky. Not the freshest salad I've ever had and I honestly was not feeling salad at that point, I wanted my main dish so I picked at it a little bit and then pushed it to the side. 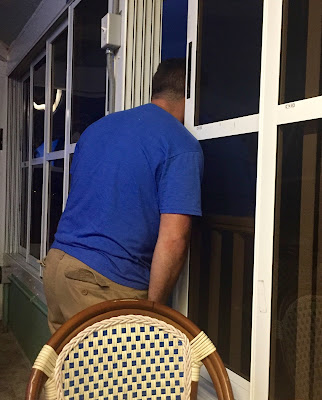 Tim watched the dolphins out the window while we waited for our main course. 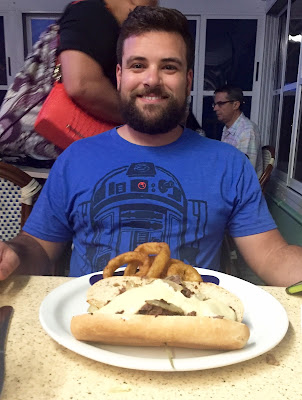 Tim ordered the steak and cheese sandwich and onion rings and reported that they were just okay. He wasn't a huge fan of them but he did eat quite a bit. 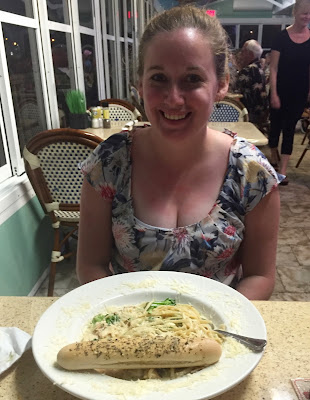 I ordered the fettuccine alfredo and it was awful! I had been very good about not ordering pasta the entire trip and was SO disappointed in my meal. It had a fishy taste to it which led me to believe that they had maybe boiled the pasta in something that was used for fish. Whatever it was, it wasn't a meal I'd ever order there again.

After dinner we headed home for a fairly early bedtime because we were on our way back to Orlando in the morning....
Posted by Melissa at 5:52 PM