Tim and I spent some time making a delicious dinner I thought you guys may enjoy hearing about! We didn't have a ton of ingredients either which makes this super doable for anyone looking for an easy dinner. 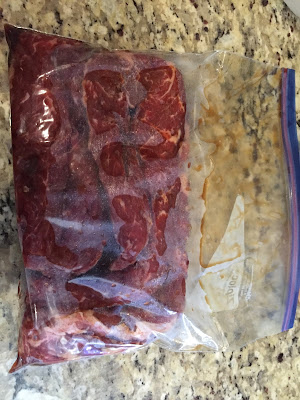 When we arrived home we placed the steak in a plastic baggie and let it soak up flavor from the Teriyaki sauce. While we waited on that Tim taught me the proper way to cut up vegetables. 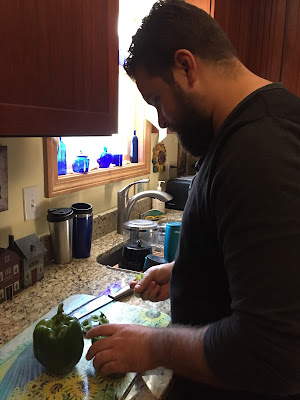 I apparently make him nervous because I just cut wherever I feel like and he's "afraid I'm going to cut off my fingers". Well if he isn't a nervous nelly. *ahem*
Anyways, apparently you are supposed to lay the flat side of whatever you're cutting down and cut it that way, so I learned the proper way to cut peppers and onions. 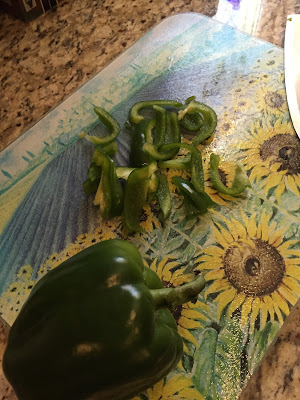 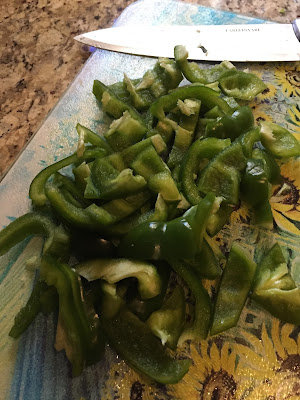 I also thought I was a total badass and could cut onions without my eyes watering until my eyes felt like they were going to fall out. Chopping onions is no joke people!

One our onions and peppers were chopped up we stuck them in a bowl and Tim doused them in Terayki sauce as well. 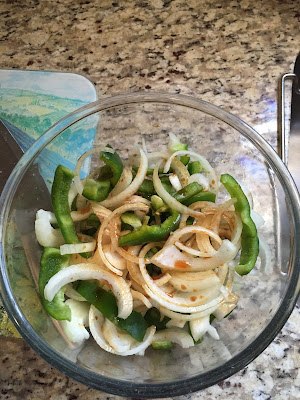 Then it was time to cut up the steak into small pieces. I never thought I would enjoy cutting up meat but it wasn't as terrible as I thought it would be! 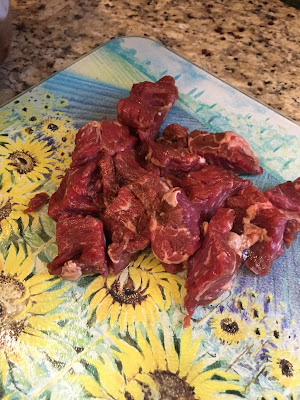 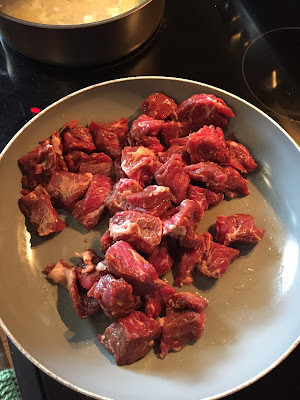 While the steak simmered on the stove we started making the Rice-a-Roni which is a fairly easy process. We tend to use Rice-a-Roni products quite often because they are so quick and easy to make and their rice honestly works with most meals you make. It's always a nice addition! 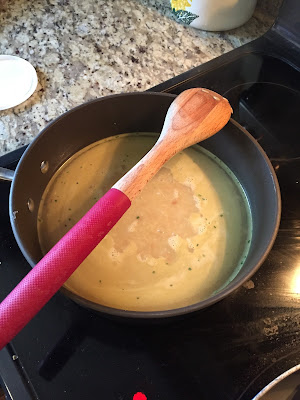 While Tim manned the stove I packaged up all of our leftovers so we would be all set for lunch throughout the week. After I took this picture I also cut up the cantaloupe you can see in the background. I enjoy having my lunch all ready for me in the morning and eating leftovers ensures that I have something delicious for lunch each day. (Nothing bums me out more then thinking I have something lame to eat for lunch- I need to keep it exciting or I will head right out and buy my lunch- wasting time and money!) 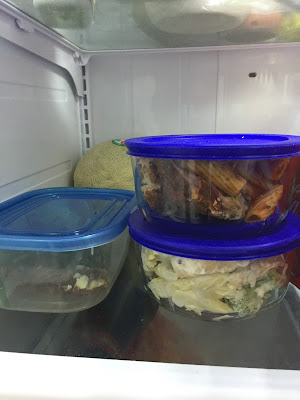 In addition to what you see above, we also packaged up the remains of this meal so we each had an additional meal to eat that week.

After everything was done cooking, each of us had a plate full of delicious, filling food. 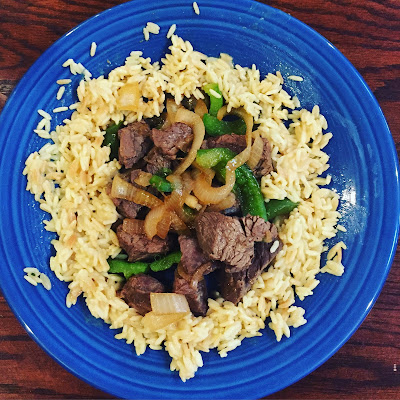 Doesn't that just look delicious?! I wasn't able to eat everything on my plate and ended up packing up half of it for my lunch. Tim ate his entire plate and used the leftovers we had for his lunch later in the week.

About an hour after we ate, I started making chocolate chip brownies for dessert. I used a Betty Crocker fudge brownie mix and Toll House Semi-Sweet Chocolate Chips. 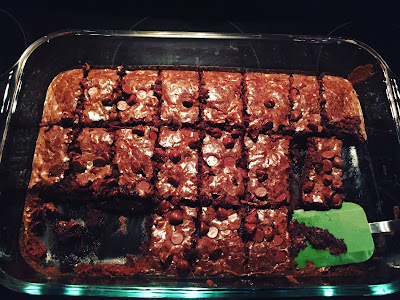 The brownies lasted us just about a week, we would bring a couple for lunch as a treat which was nice. I love using a basic brownie mix and adding some chocolate chips in to make them extra special. They were delicious!

What have you been making for dinner and dessert lately? Anything super yummy? Share in the comments section!