We are still playing catch up from last weekend on the blog, there were just too many fun activities for one blog post. Plus this weekend has been much more low-key so there's not too much to update you on anyways!

One of the best activities of the weekend was Escape Rhode Island which is part of Escape The Room. If you've never heard of it before the basic concept is you are put in a room along with teammates and you have to solve puzzles in order to get out of the room in 60 minutes. 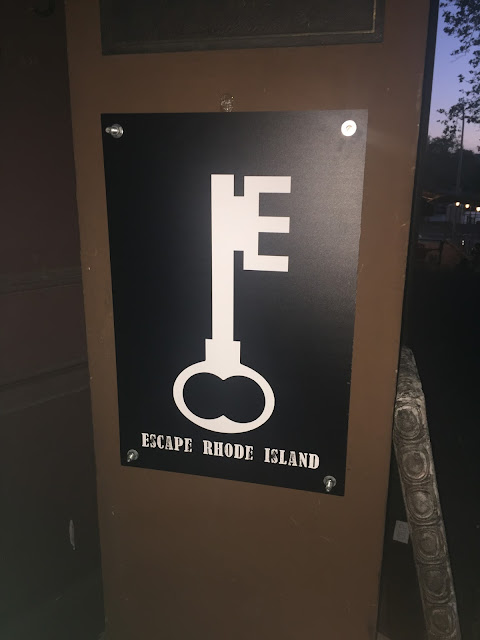 Tim and I went along with his sister Brittany and her boyfriend Justin. We were teamed up with another couple who we never actually learned their names because as soon as we got in the room we got to work immediately! I won't go into specifics because from what I hear you can go into this same room in many other locations and I don't want to ruin it! However, we had an absolute blast and I want to go back and complete the other rooms they have available! 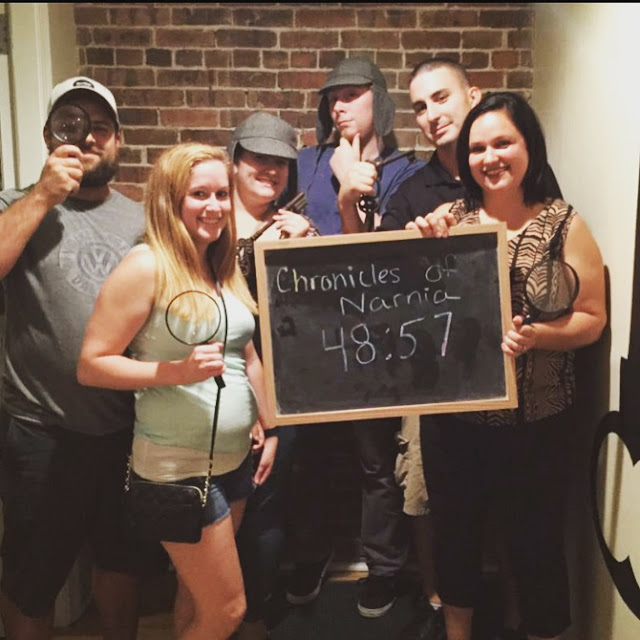 We finished with a little over 11 minutes to spare which was great! The other team going at the same time as us was a family of four who according to the people in the control room argued the entire time and unfortunately did not make it out in time! It really is a great team building activity and works your brain so much!

On Sunday morning Tim and I stood in line for one of Rhode Island's best food items... 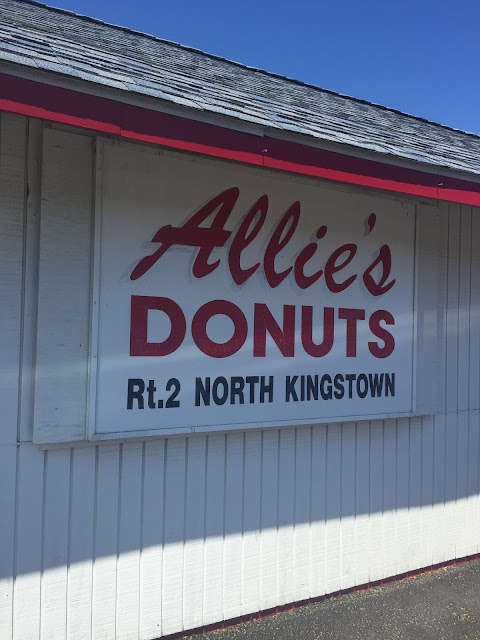 Allie's donuts is one of the most popular stops in Rhody and there are always so many people waiting in line for donuts! We grabbed a selection and then headed off to Cranston to hit some golf balls. 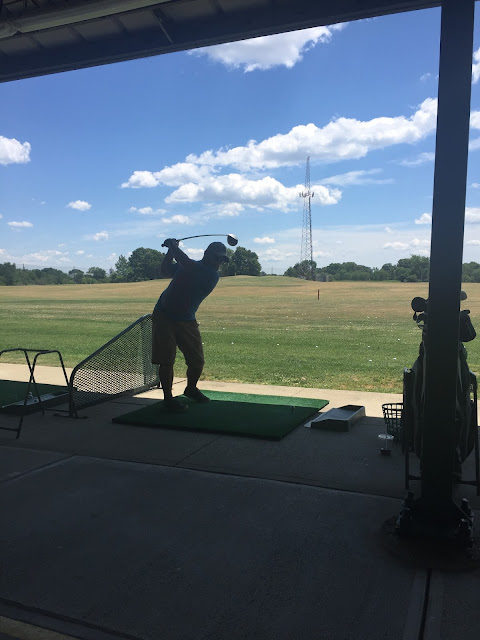 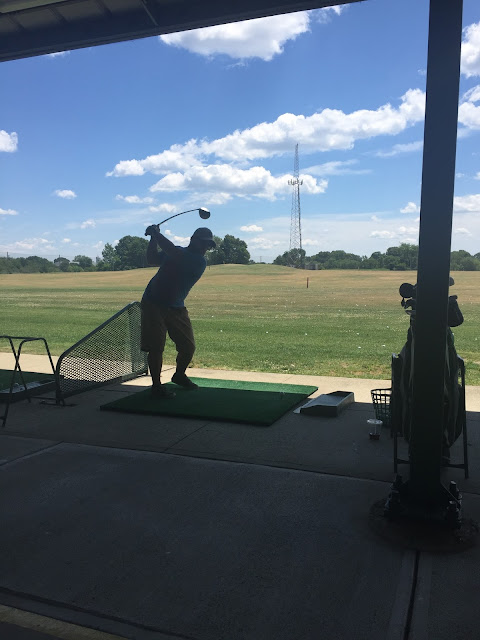 I mostly watch Tim hit golf balls because I am not great at it. I do hit a few myself but my hands start to feel cramped and I prefer to sit and watch! In the couple of times we've gone I've gotten slightly better although I always feel self-conscious and like all the other golfers are watching me miss the ball! I find it most frustrating when there are young kids there hitting it way further then me! Oh well :)

After hitting a large bucket of golf balls we decided to try something different and go mini-golfing! This is something we had yet to do as a couple and we had fun! 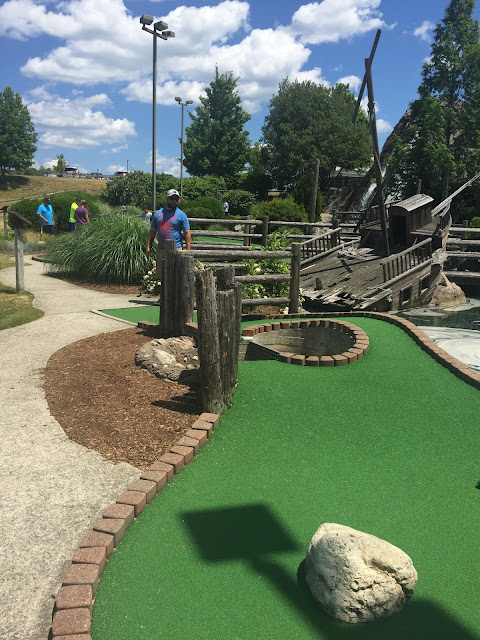 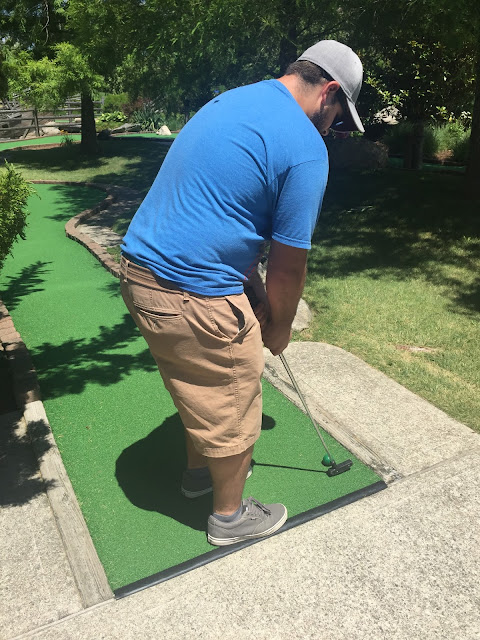 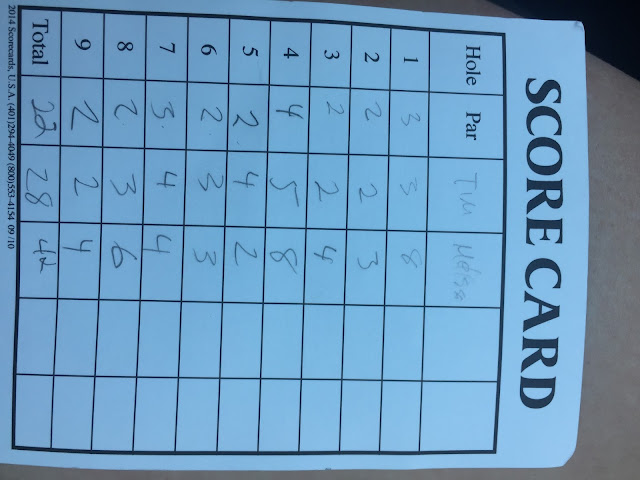 From the score card I'm sure you can see that Tim won and I don't even need to show you the other side :)

While we were at mini-golf Tim's family invited to head out on a kayaking trip with them later in the day so we quickly ran home, changed into our bathing suits and drove towards Narragansett.

We met up with Tim's parents, his sister Brittany and her boyfriend Justin and their dog Attie for some fun times on the river! 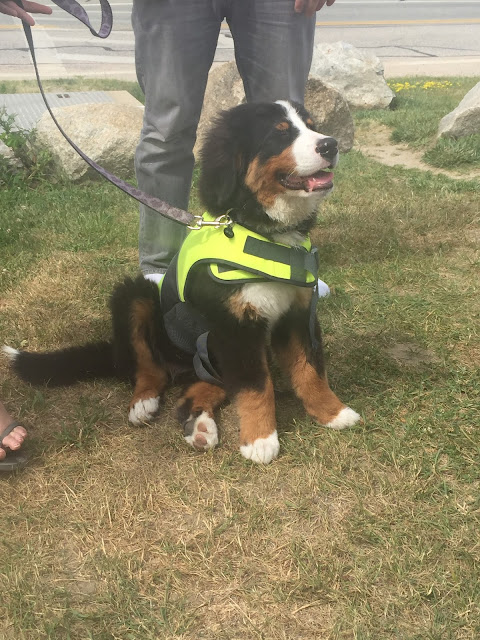 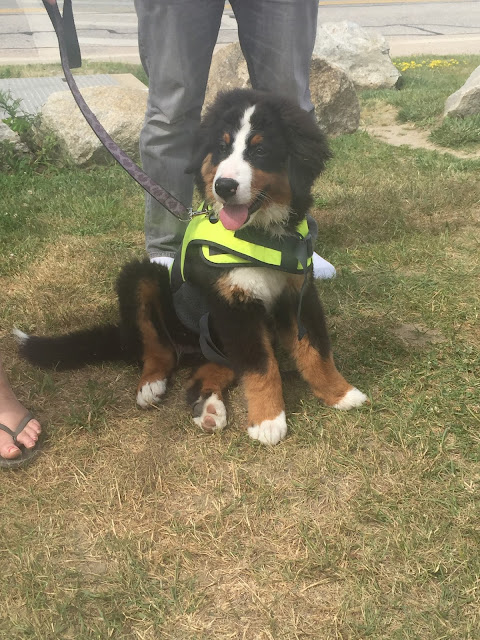 It was Attie's first time kayaking and she was awesome! Brittany and Justin got a two person kayak and Attie just sat in between them. Anytime you would call Attie's name she would look at you like she was trying to figure out what exactly was going on. 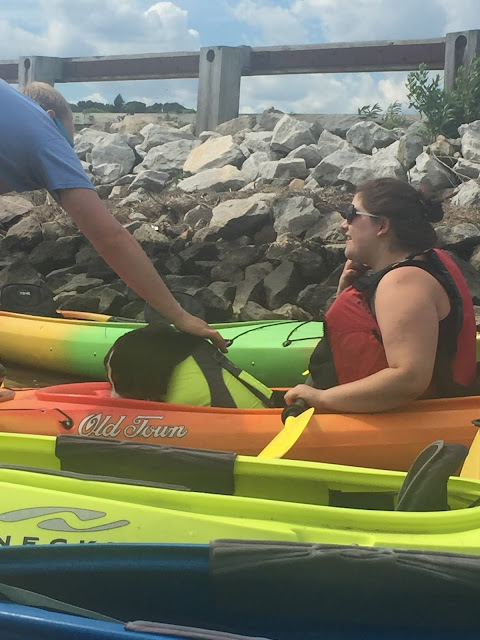 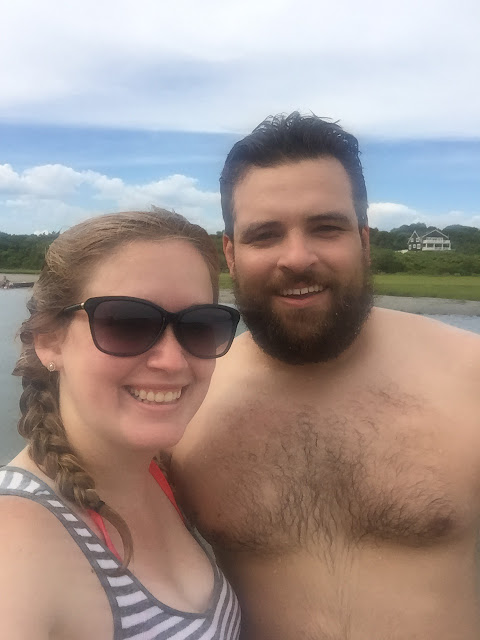 We had a blast and even went swimming once we made it up to a little beach at the end of the river. It was so fun to spend time outside getting some exercise and checking out a new area to kayak in.

That was our Saturday night and Sunday...next up is 4th of July!
Posted by Melissa at 1:05 PM