I admit it, I am officially one of those people obsessed with Pokemon Go...

I'm lowering my head in shame as we speak because Tim and I have been playing very often throughout the last week. I do think it's a great game because not only is it fun, it involves seeing different places and getting out and moving. We have taken a bunch of walks outside lately which we normally would avoid in this heat but the game has forced us to get moving!

On Friday night after work we met up with Brittni, Stephen and Emma in Wilcox Park to catch some Pokemon. It was a bit of a drive to get down there but worth it since there were so many new and different Pokemon. Also we were able to spend time with our friends and our favorite baby! 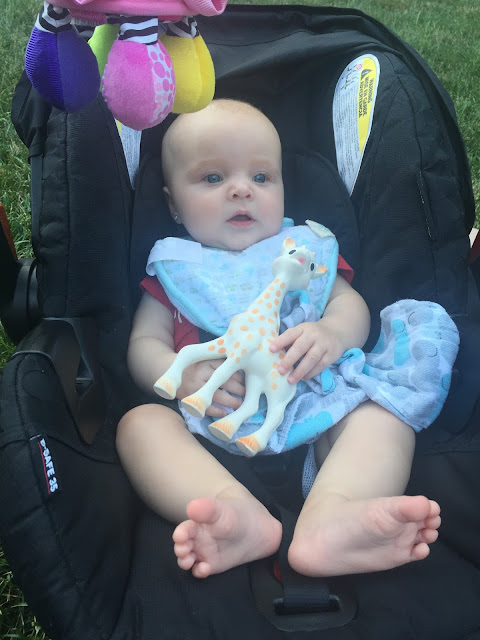 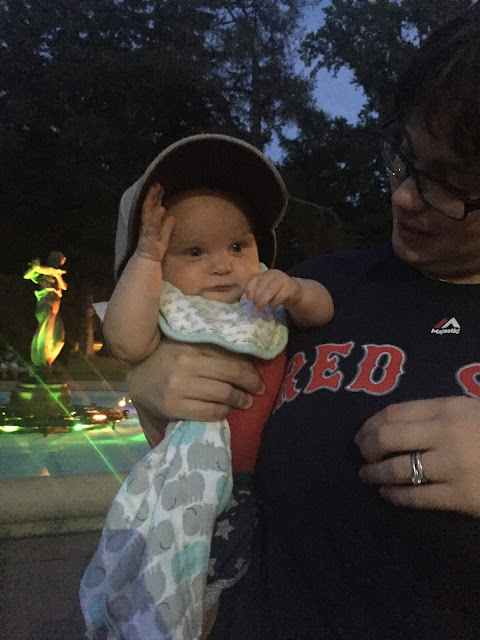 Saturday I spent a good part of the day cleaning, doing laundry, and getting stuff done around the apartment while Tim went golfing. Then we headed up to northern Rhode Island for our friend Jenna's 30th Birthday!

(Photo stolen from my friend Brittni since the only pictures I took were of Emma!)

It was fun to hang out with my trivia friends outside of trivia, play with the baby and chat about what everyone is up to! 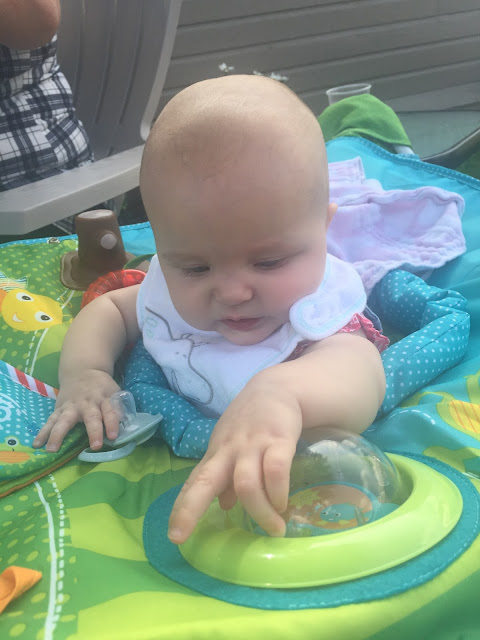 I've said it before but Emma absolutely LOVES Tim. It is so adorable to watch her with him. She just stares at him non-stop, thinks he's hilarious and always seems content when he holds her. It's so cute :) 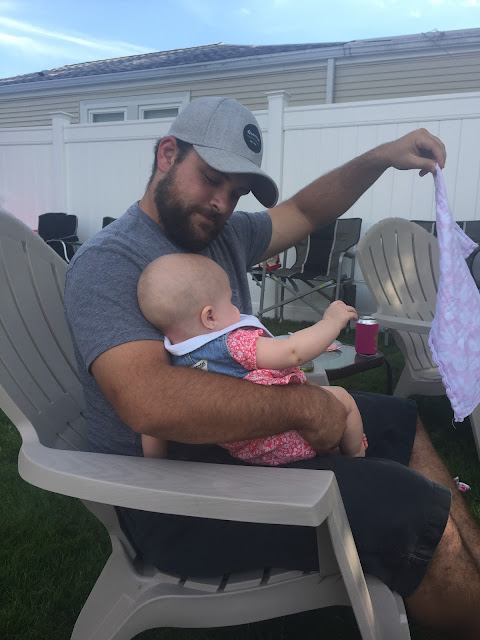 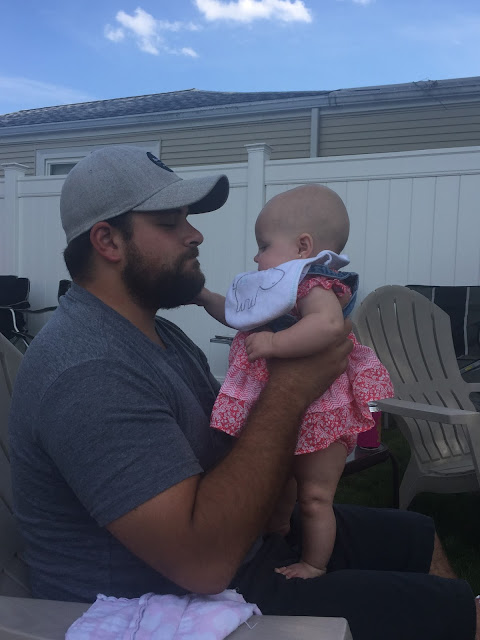 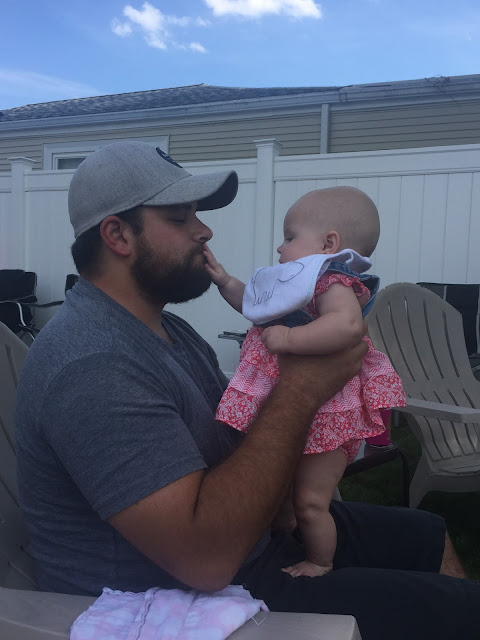 She's not as fascinated with me, but she did enjoy pulling my hair for awhile :) 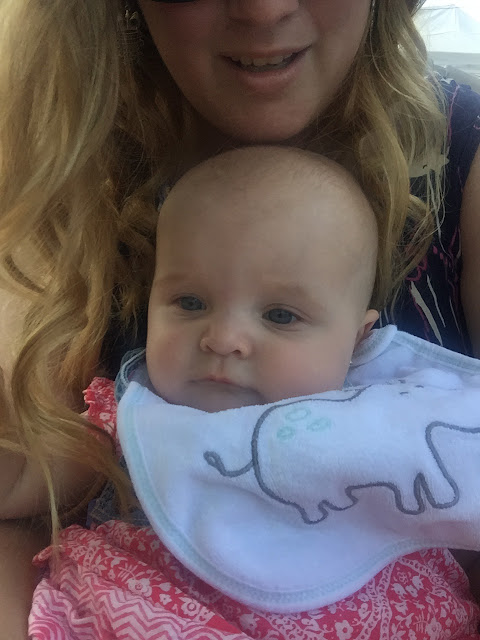 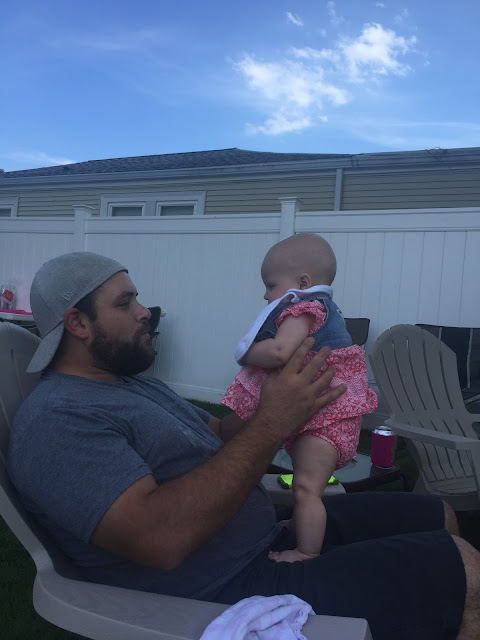 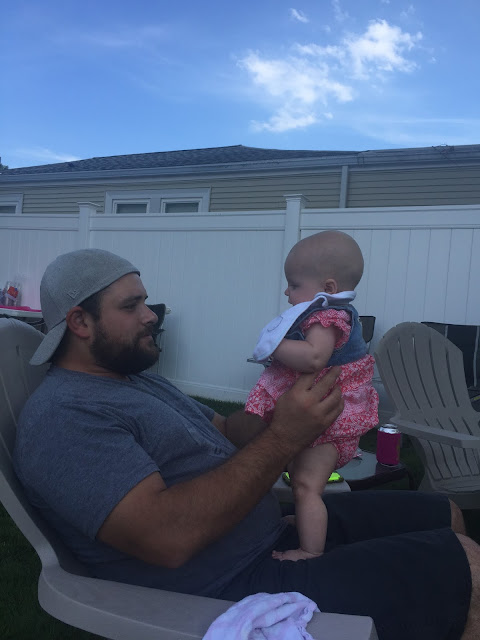 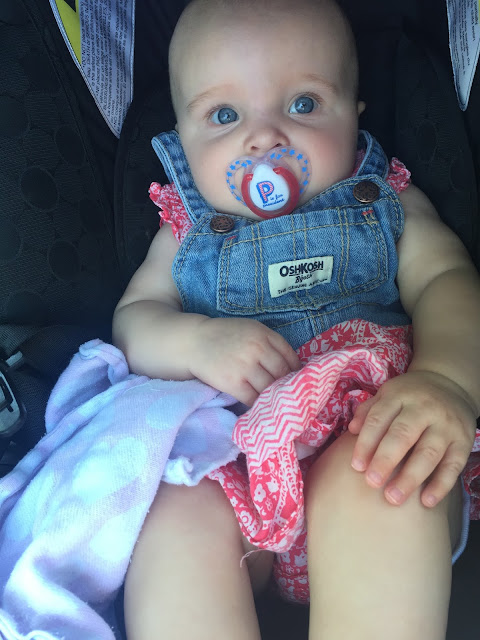 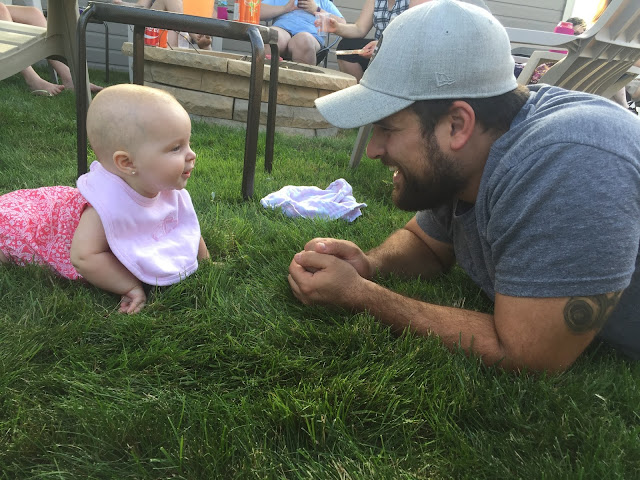 We had a great afternoon! After the party we headed down to Roger Williams Park to hit some Pokestops and see what we could catch. We were pretty disappointed as we walked around with Brittni, her mom Sue, sister Kylee, and of course Emma because there were no new Pokemon anywhere around. We did get out and walked quite a bit though and I was able to reach my step goal on my new Fitbit (review coming soon!)

Now it's Sunday and besides hunting Pokemon and eating we haven't done too much which is just the way I like it! Sitting here and blogging while Tim plays video games is a perfect Sunday afternoon. It's nice to get a little rest since every weekend seems to be jam packed with events! I'm excited because I only have a three day week and then we are taking a mini trip!

Just a few Pokemon pictures from this morning.

When your boyfirend takes over a gym... 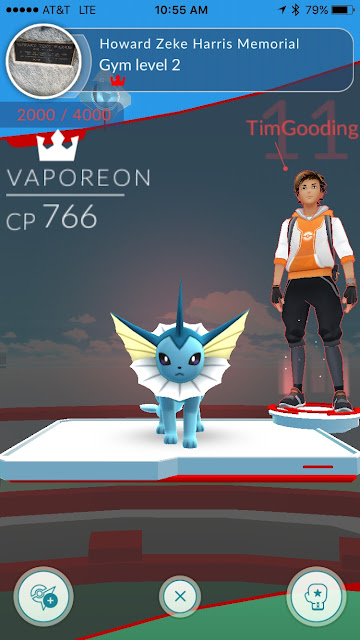 I hatched an egg and this came out of it... 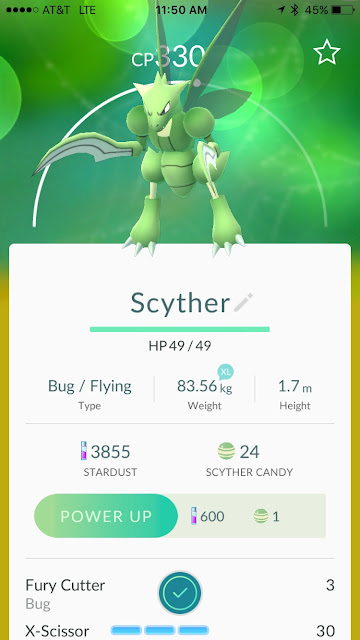 Tim was super jealous because apparently it's his favorite one. I don't know anything about Pokemon but I'm thrilled to catch everyone I can!

Hope you are enjoying what's left of your weekend! Thanks for stopping by :)
Posted by Melissa at 2:43 PM