Oh it's always great once the weekend comes around here. I've been working a lot of Saturdays recently doing some overtime but we have been enjoying the last few weekends of summer as much as we can around here.

We started our Friday night with a trip up to Pawtucket, after finding out we didn't actually need to be up there we ended up stopping by Slater Park and looking for some Pokemon! While walking around I received a text from Brittni asking if we wanted to meet her, Stephen, and Emma in Oakland Beach for some more Pokemon hunting. 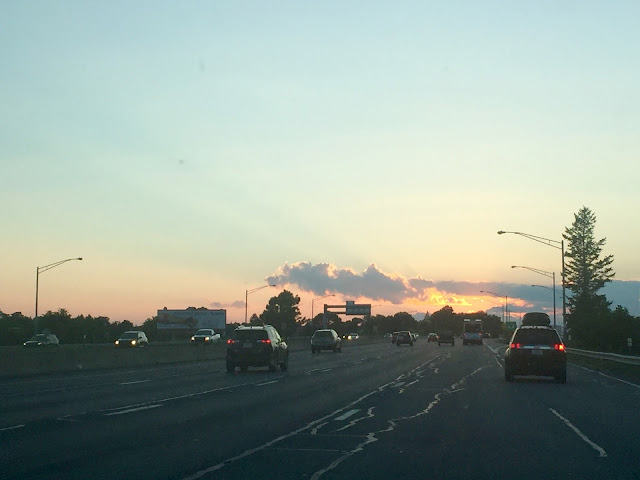 We headed to Oakland Beach and arrived a few minutes early just as the sun was setting. 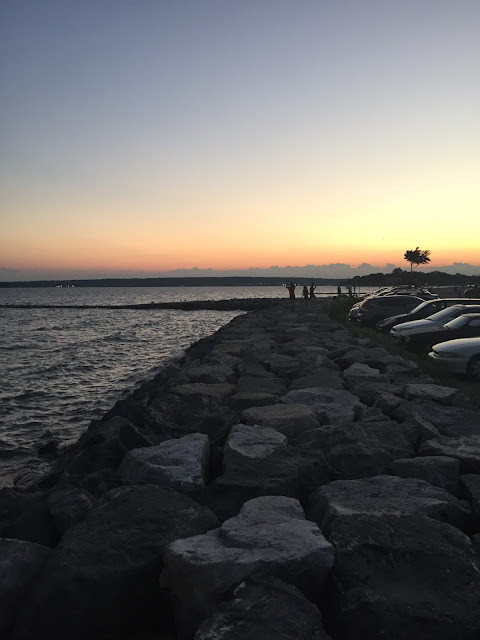 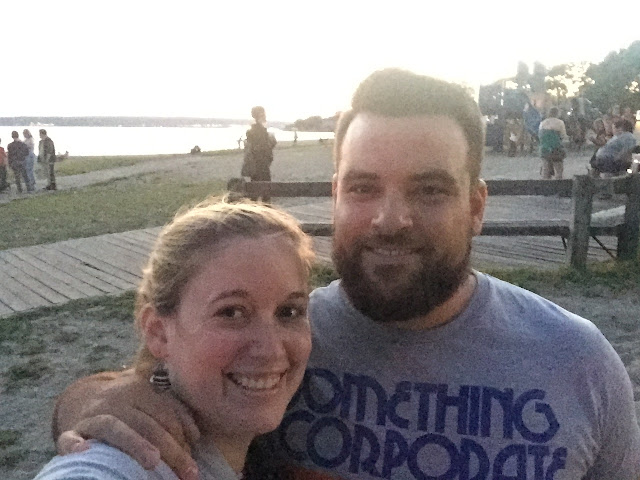 After walking around for awhile and entertaining Emma with funny faces and noises we settled down for dinner at Iggys. If you've never been to Rhode Island and had Iggy's before you should definitely stop by for a doughboy...and if you have no idea what a doughboy is you are seriously missing out.

We had a great time and were in bed pretty early since I was working nice and early Saturday morning. Saturday afternoon consisted of laying on the couch since we had a big night ahead of us. Un-pictured we ate dinner at The Haversham for my grammy's 75th birthday and then headed off to Fred's birthday party later that night.

I haven't been too great at taking pictures lately, something I need to get better at again!

Sunday however I have a few pictures to share! We spent the day kayaking with Tim's family on Wood River. There were eleven of us; two double kayaks, four single kayaks, and one canoe. It was quite the trip! 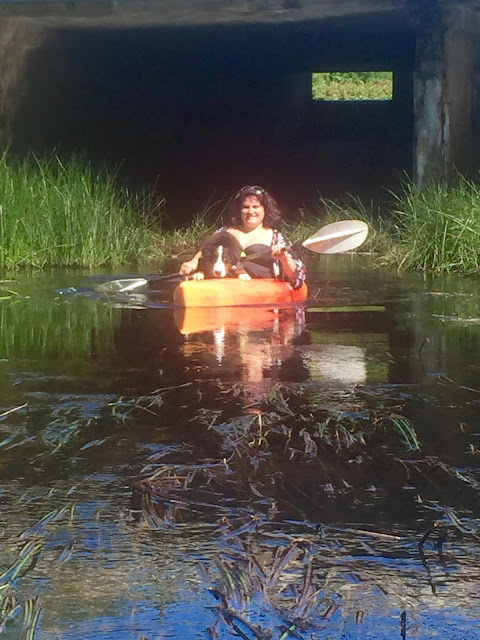 Tim's sister Brittany and her puppy Attie shared a kayak for half the trip and then Attie shared with Brit's boyfriend Justin for the second half. Attie loves kayaking! 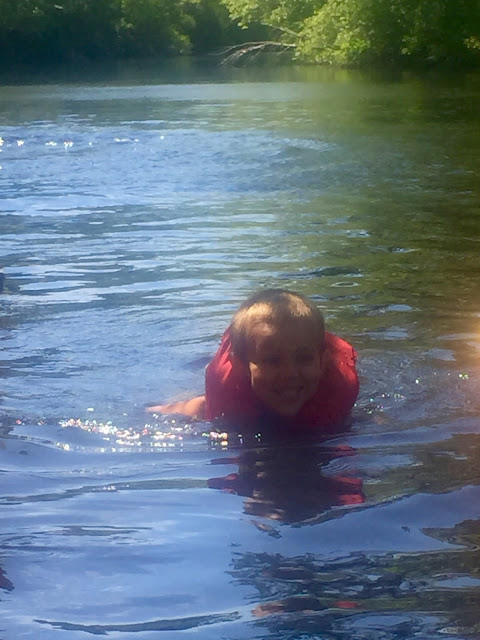 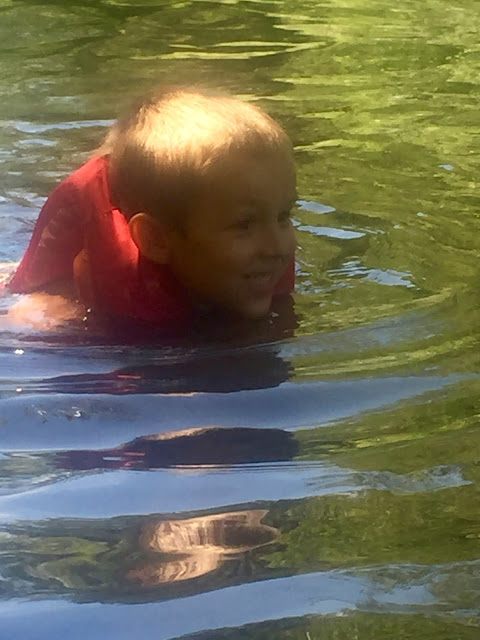 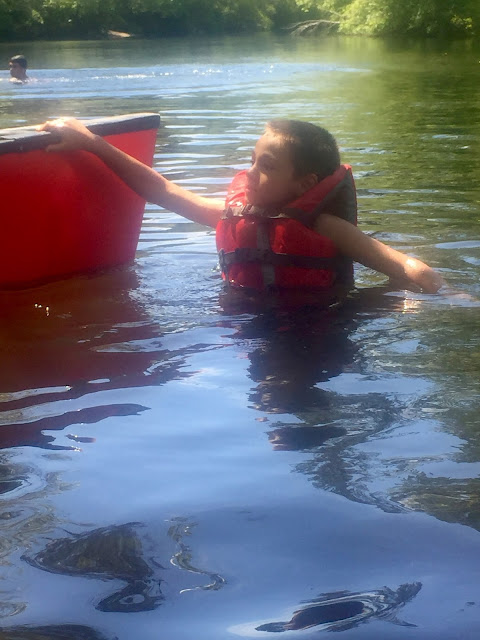 Tim's nephews Callan and Kason had a blast swimming around when we stopped. They loved floating around in their lifejackets and the river was so calm and shallow they were able to move around easily! 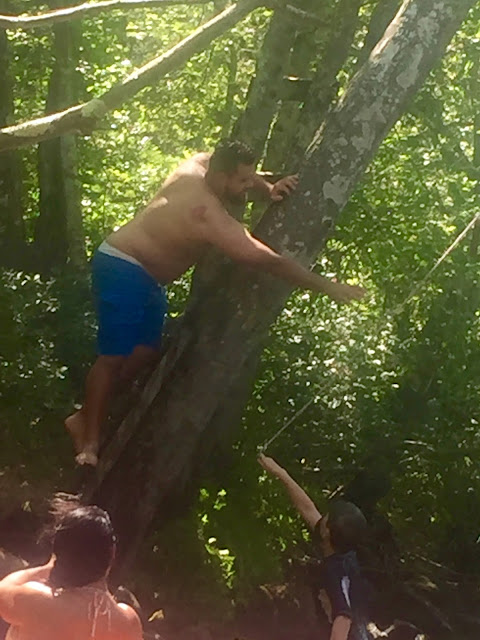 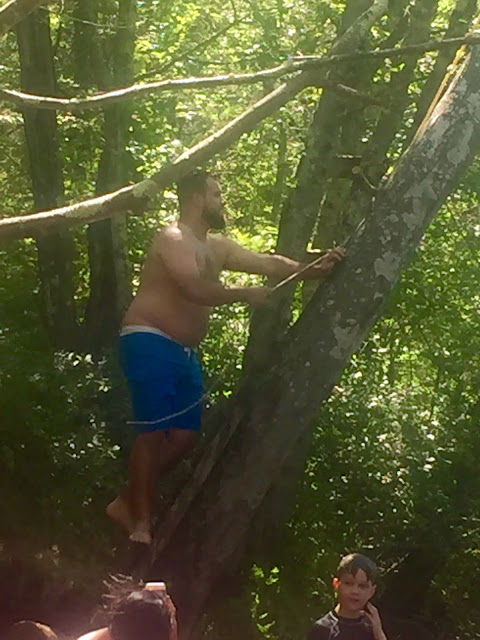 We also stopped at a rope swing which quite a few of the group took a turn on. I prefer to stay inside the kayak and not get covered in river water :)

It was a great day and we had beautiful weather, great company, and nice exercise! 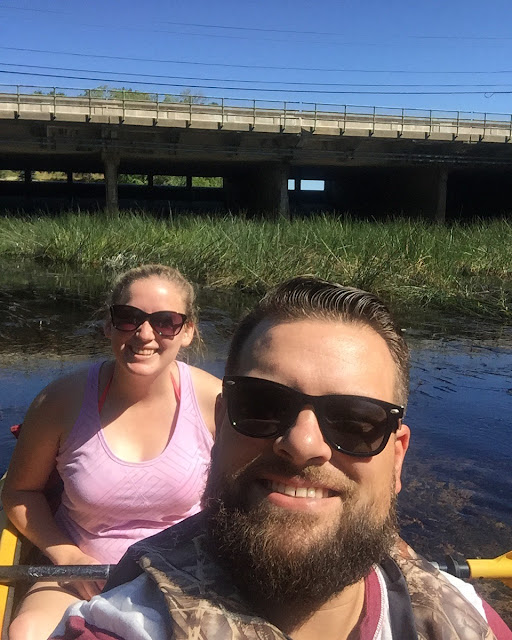