I love a three day weekend! With three glorious days off from work, we had a few events planned out but we actually ended up skipping out on two parties because we just felt like keeping the weekend low key.

Friday night started it all with a fantasy draft party at Brittni and Stephen's house. We had a great time choosing our teams (Yes I have GRONK again!) and hanging out together. We had a couple babies this year which made the experience quite different but it was a fun time all around.

On Saturday Tim headed off golfing while I slept in and then headed to the laundromat. Later in the afternoon Brittni asked us if we wanted to join her, Stephen, Kylee and Emma for a walk in Crescent Park where they had heard was great for Pokemon hunting. 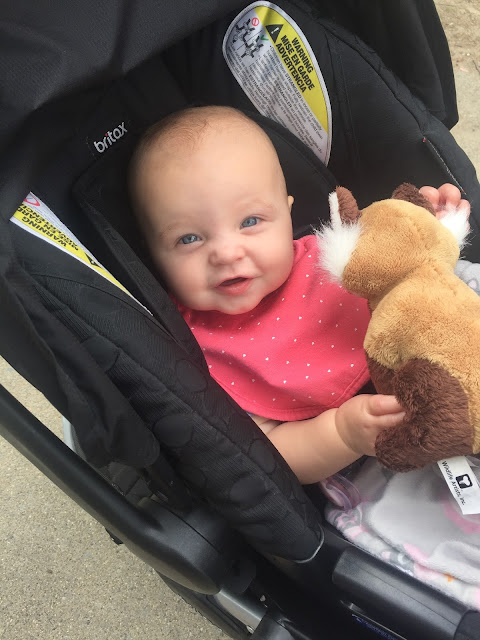 Emma didn't need any Pokemon since she had her red panda stuffed animal :)

We had a great time walking around... 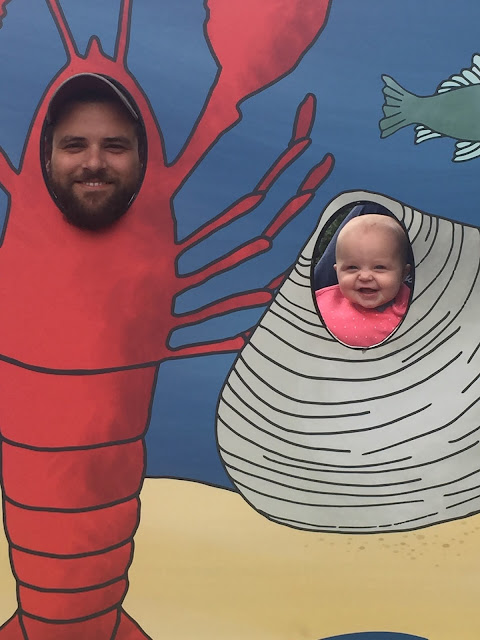 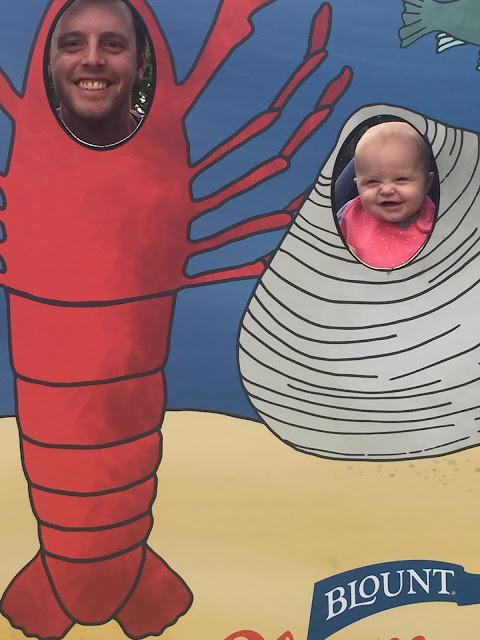 I also think I'm obsessed with taking pictures of Emma- she is just so photogenic! 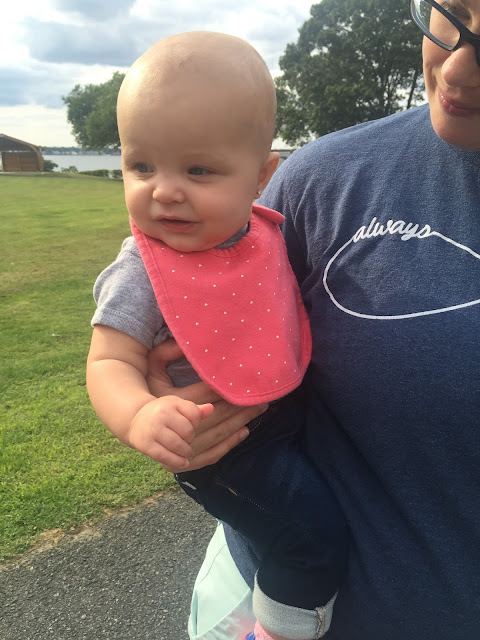 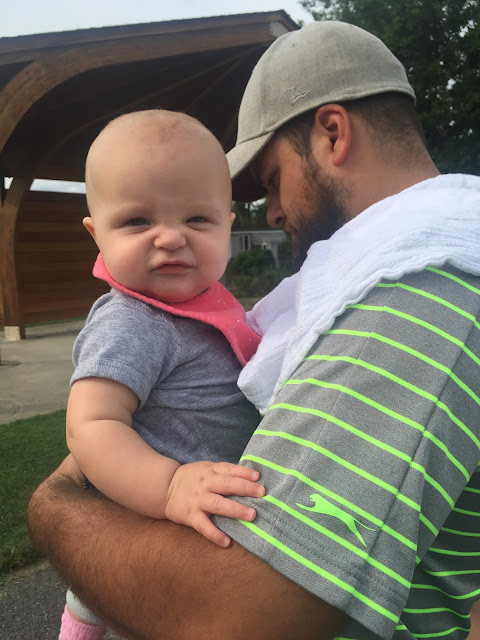 Even her stink faces are adorable! 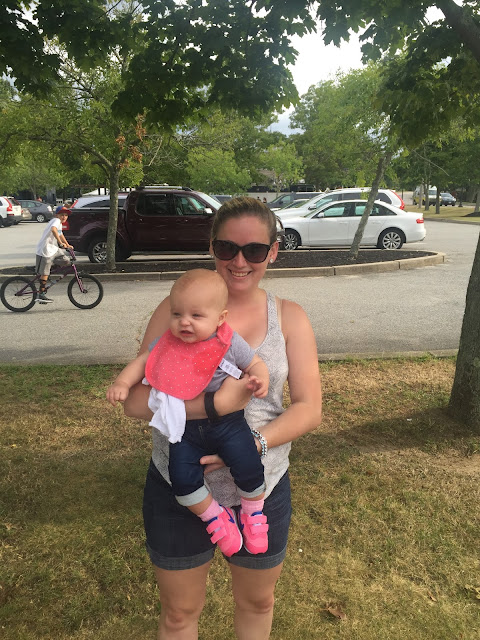 After walking around the park we headed to Dave and Busters for dinner and then Tim and I headed home so he could complete his fantasy draft online. 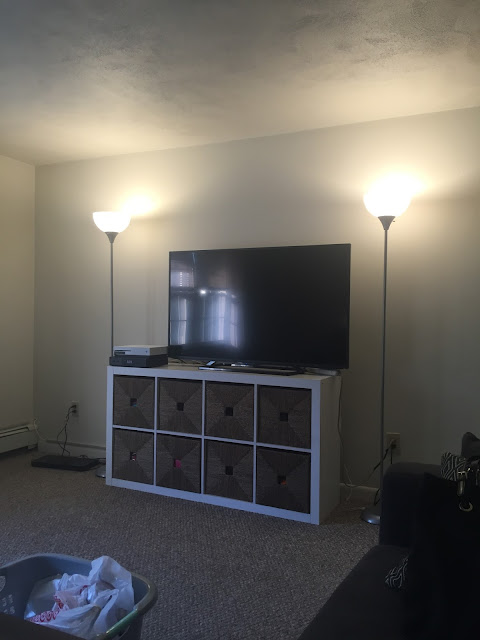 We also finally added some new lamps in our living room! There's still so much to do in our home!

On Sunday and Monday we did some shopping both days. I have quite a few Christmas items put away, was able to buy a ton of baby shower items, and even went home with a few things for myself :) 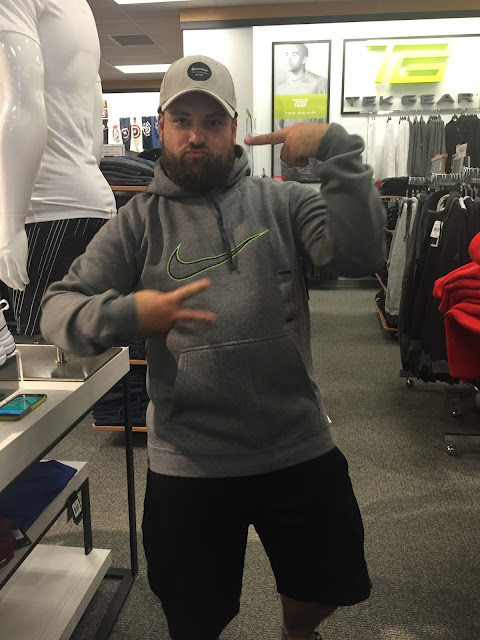 Yes, he is as cool as he appears in this picture ;) 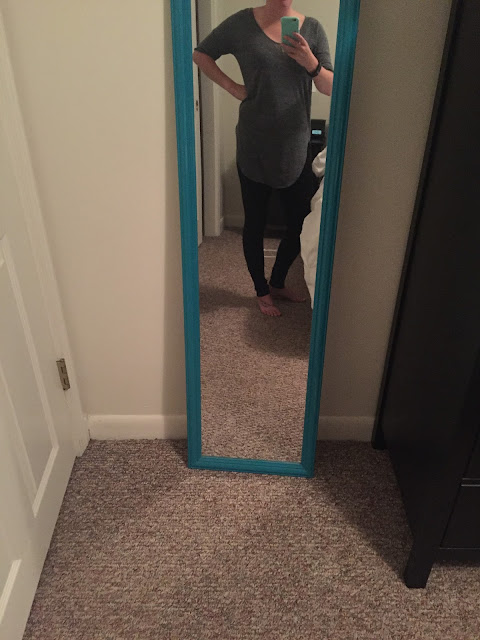 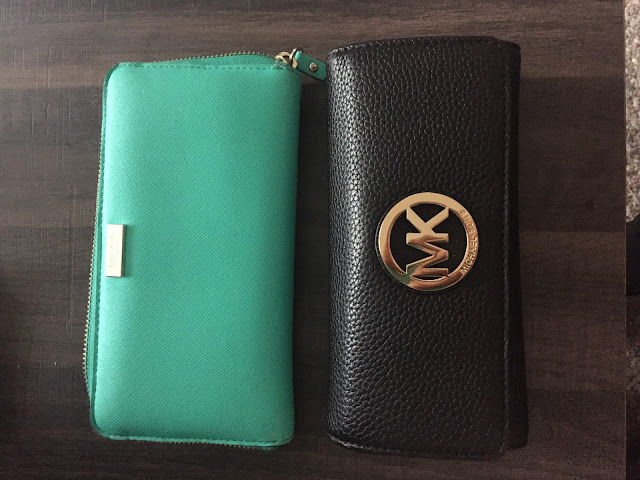 My big purchase for this weekend was updating my wallet. The Kate Spade on the left has been with me for two years and has been through hell! It's falling apart and when the pull on the zipper ripped apart that's when I set my mind on a new wallet. Michael Kors it is :)

How was your holiday weekend?!
Posted by Melissa at 4:13 PM