Just a little Life Lately update for you guys to brighten up your Monday morning!

Lately I've been working a ton of hours and am always super thankful when my little friend Emma comes to meet us Brittni and I for lunch. 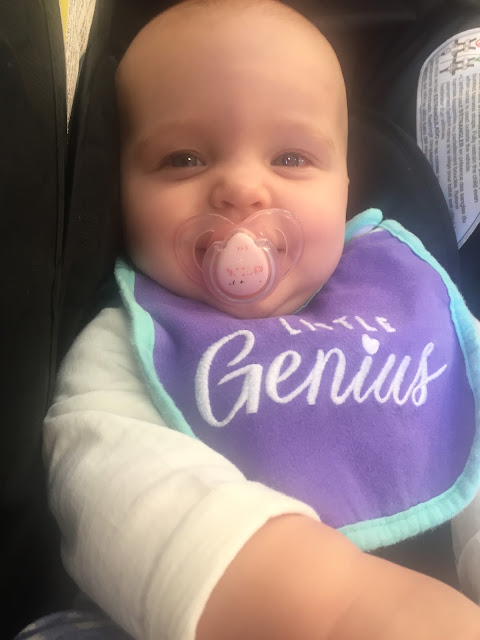 Having a sweet lunch date gives me so much to look forward to and helps me go into work every day #truth. Although I love having lunch with just Brittni too :)

On Friday night Tim and I headed into Target, we went in thinking about buying an air mattress for our weekend trip to Vermont but ended up passing on buying one since they are pretty expensive. We decided we would rather just drive home and sleep in our own bed anyways so we picked up a few more things for a gift, some Halloween decorations (because who can pass up decor?!) and then checked out some Halloween costumes... 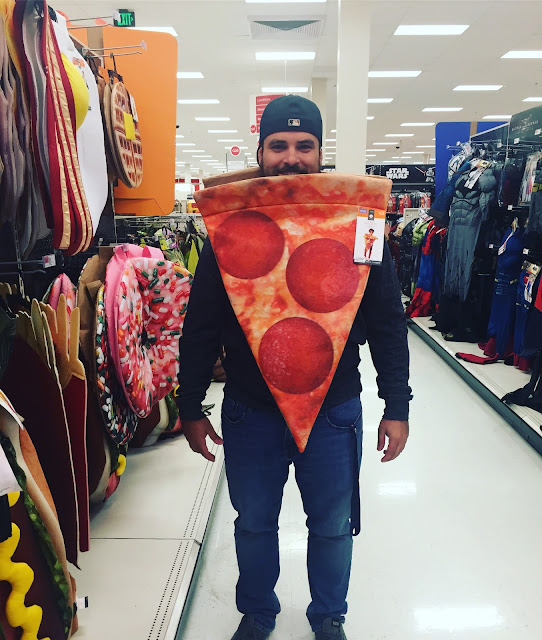 Anyways, we both thought this was hilarious and would be a PERFECT Halloween costume for Tim. We didn't purchase it but it's a definite contender.

Saturday morning started pretty early as we got up and got ready to head up to Vermont. We had Kate and Mike's baby shower to attend! They have chosen to not find out if it's a boy or girl so they have been calling him/her McBaby for the time being. 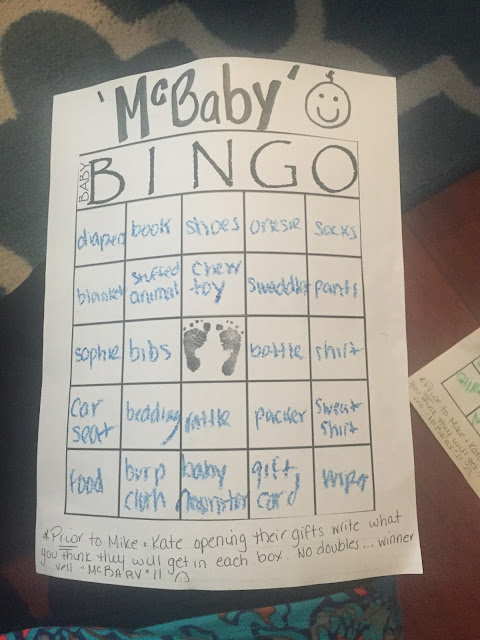 We played McBaby Bingo while they opened their gifts.. 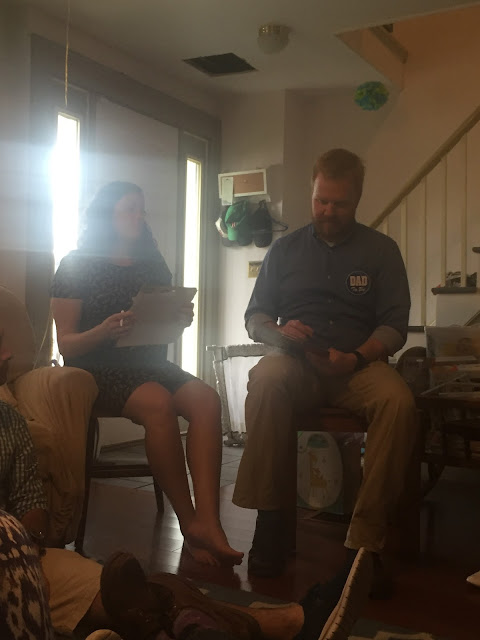 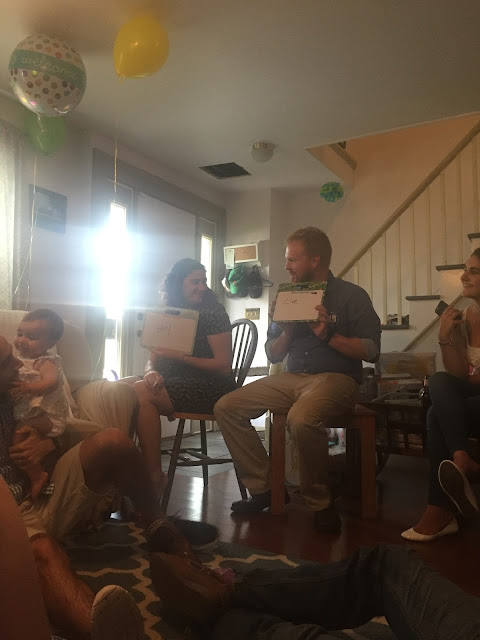 They were asked to write their answers on whiteboards and turn around at the same time. This question was "Mike hopes the baby is a..." Kate wrote "boy" and Mike wrote "live" as in alive. There were some interesting answers that caused us all to laugh and laugh. Especially when they revealed that when they found out they were pregnant Mike wouldn't stop pacing and Kate was sitting at the top of the stairs completely paralyzed. Sounds like appropriate reactions to me! 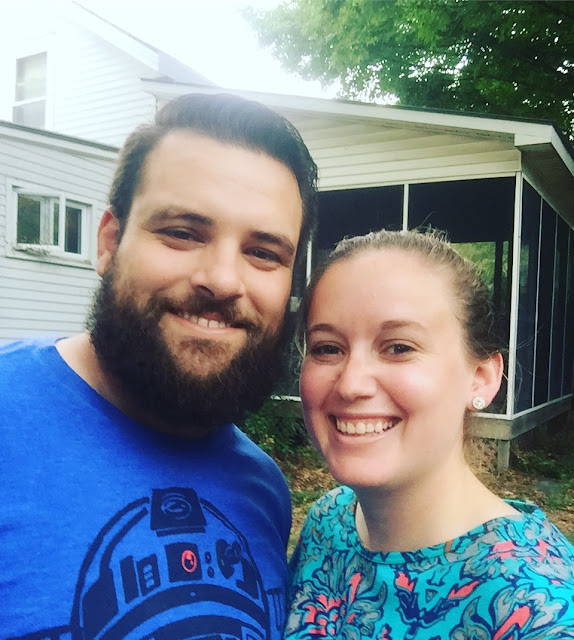 We had a great time eating the delicious food, particularly the pizzas Mike made. One of my favorite parts of the party was when we sat around the fire outside playing a game called salad bowl.
It was a game I'd never heard of before but it was so fun and I can't wait to play it again.

Everyone writes down four words or phrases on to pieces of paper and places them in a bowl. Then you go around the circle pulling papers out and trying to describe what's on your paper while your team guesses what the paper says discarding the papers that they get right. There is a timer and when it goes off you pass the bowl to the next person and it keeps going until all the papers are completed. Then you do a second round where you have to act them out. Then a third round where you can only describe it with one word. It was a blast!

We left around 7:30 so we could head home since it was a four hour trip back!

Sunday was spent mostly on the couch watching football which was a perfect relaxing day before heading back into the week.

Have a great day everybody!