Minion Madness- A Night At A Villain Halloween Party!

Guys, we had the best time being minions for Halloween!

Also I took some pictures after I finished my makeup and I feel like such goober sharing them but I really want to tell you about all the makeup that I love! 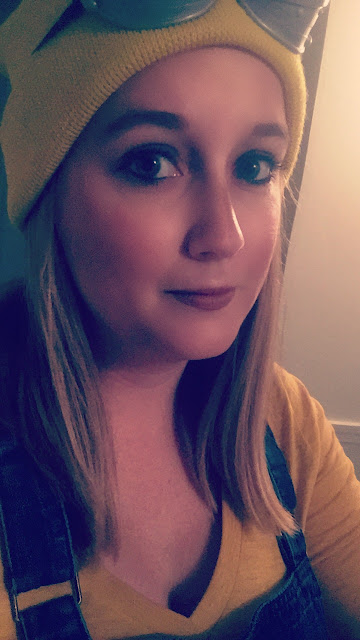 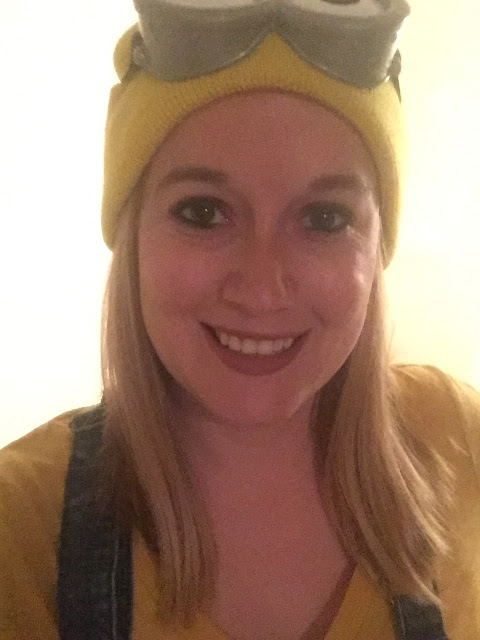 Normally I can't bring myself to wear lipstick all night but I had no problem with this one! I really liked it and the darker color really brought the whole look together. 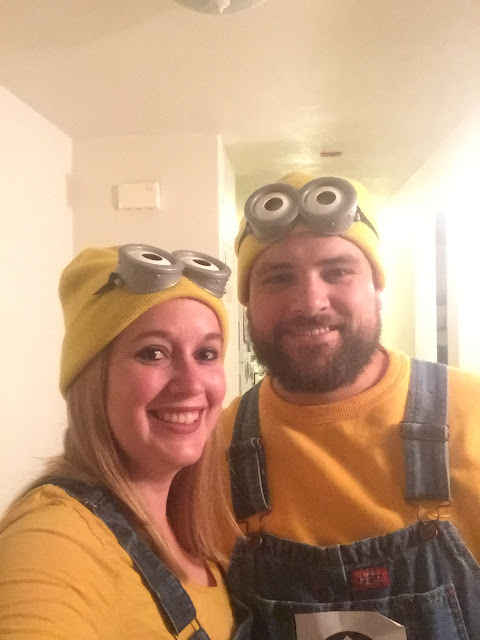 Once we were ready it was time to make the hour drive to Megan's house! 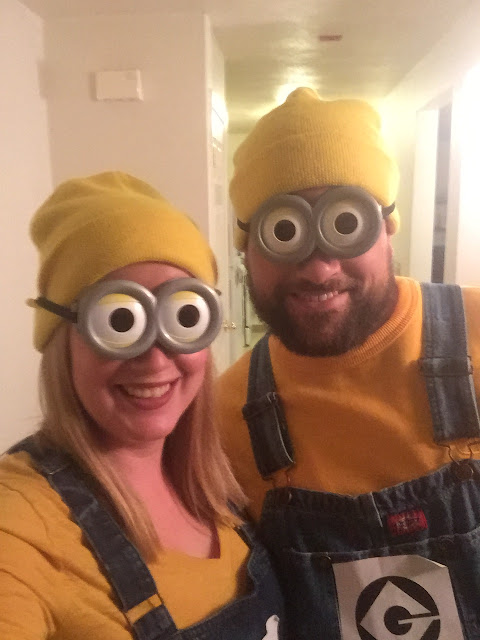 We made a point both last year and this year to not mention our costumes before arriving at the party. It just makes it more fun that way! That way everyone is surprised when they see you walk in and you get the nice surprise of seeing what everyone else is dressed as too.

So we were super surprised to see Megan's parents... 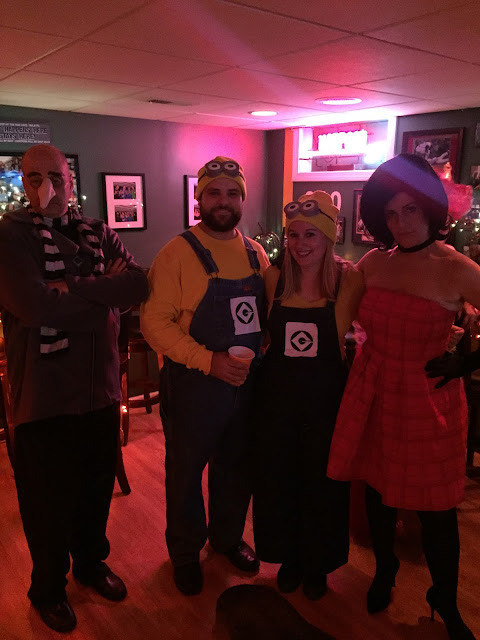 We were so excited to see that they were dressed as our villains! We thought our costumes were pretty creative since we weren't actually villains, we just work for them. It was fun to find other people who fit in with us. 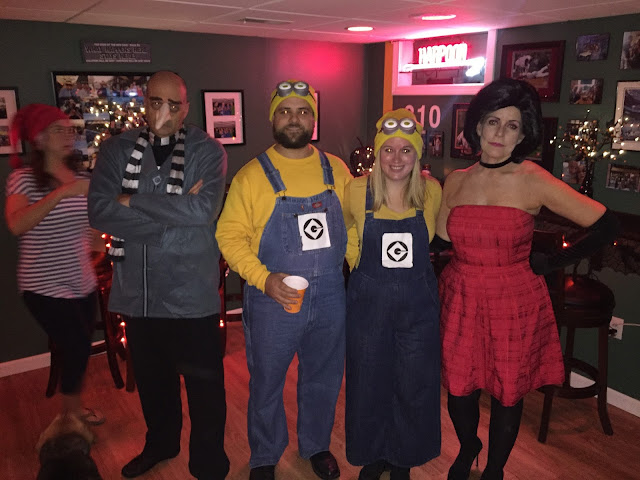 Our costumes were super comfortable and pretty easy to assemble. Tim's overalls were easier to find then mine, he ordered them from Target.com while I managed to find mine on clearance at Old Navy. Tim picked up his yellow sweatshirt at Macy's (literally the ONLY yellow thing we could find for men! Apparently guys do not wear yellow...) I bought my yellow shirt at Target. We picked up both our hats at Old Navy. The minion goggles Tim also ordered from Target. Our shoes are just black ones we had laying around. (Mine are hip hop sneakers and Tim used some black dress shoes)

Although now we have some clothing pieces we may never wear again (Hello, overalls), it was fully worth it to put together comfortable costumes that we were able to enjoy being in all night. 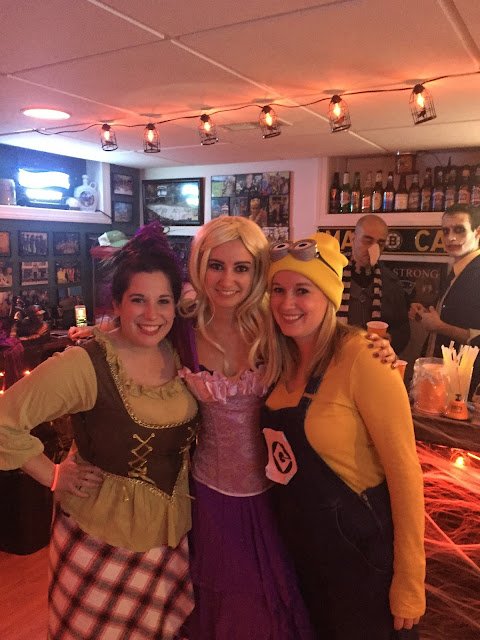 Laura and Megan were two out of the three Sanderson sisters from Hocus Pocus. Their third got called into work, but they were super cute anyways! It is so nice to be back with my college roommates and see them. We aren't able to see each other as much as I would like but when we do we always have fun! 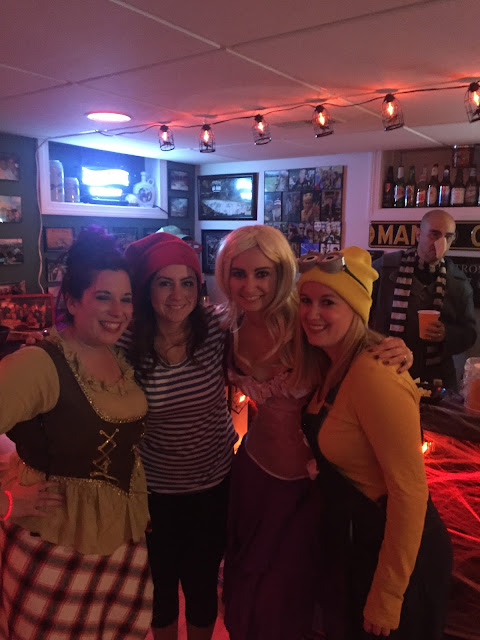 Megan's sister Kelsey has always been a part of our group since we saw her quite often being at schools near each other. It's always fun to see her as well! She was dressed up as Mr Smee and her boyfriend was Captain Hook. 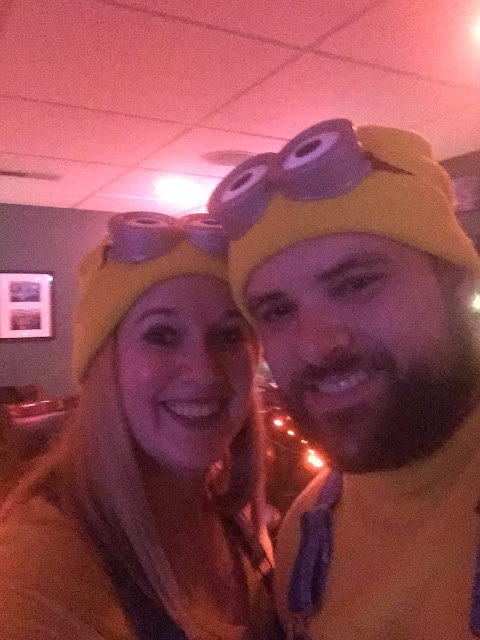 Megan's mom always makes a ridiculous amount of food and all of it is so delicious! She always has a creative display for it too which makes me wish I took pictures of everything. Besides the food, we did a lot of dancing and chatting and ended up staying until almost midnight (which these days is pretty late for us!) 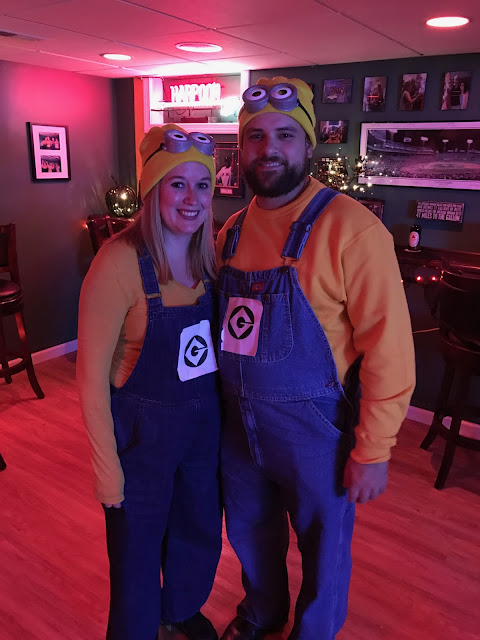 I love this picture that Megan took of us and I think it will be finding a home soon on our gallery wall!

Our plans for tonight are pretty tame but we definitely got all our Halloween out this weekend! I'd love to know what you were/are for Halloween this year!