I hope you all had a wonderful Christmas! We certainly had a great one here!

We had a super busy weekend but it was a great one with a lot of celebrating. Today I will be sharing a bit of a recap with you so you can see what we were up to, but I have a few other Christmas related posts planned for the next week or so, so stay tuned! 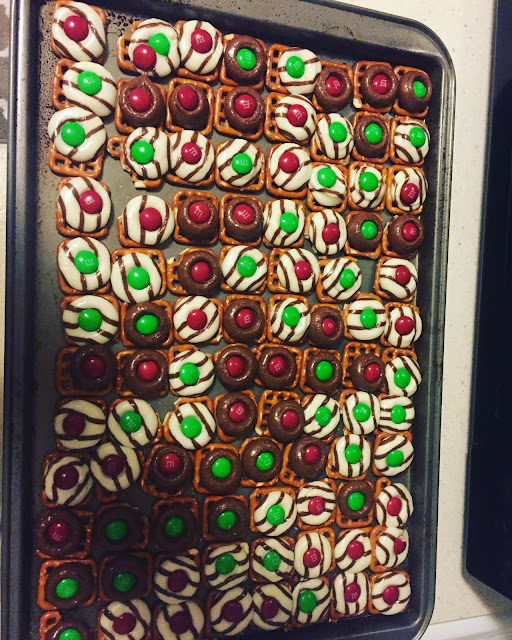 These are my favorite treats to make any time of year, but they are certainly popular at Christmas! Tim's sister asked me to make them for Christmas Eve so I made a huge plate for that as well as small bags filled for my co-workers. I have shared the recipe before, but it's super easy and only involves butter snap pretzels, hershey kisses or hugs, and m&m's.

On Thursday after work we went to Brittni and Stephen's for dinner to celebrate Christmas with them and Emma. 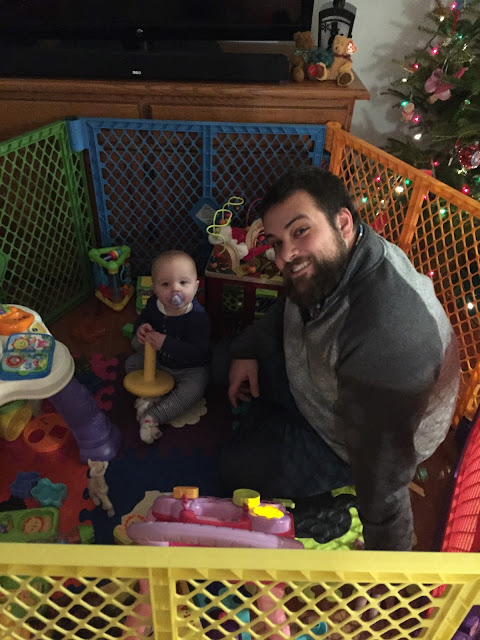 Emma was pretty hilarious and could've cared less about opening gifts. She enjoyed ripping up paper and playing with boxes more then playing with anything we gave her. I did hear she also felt the same way on Christmas morning. 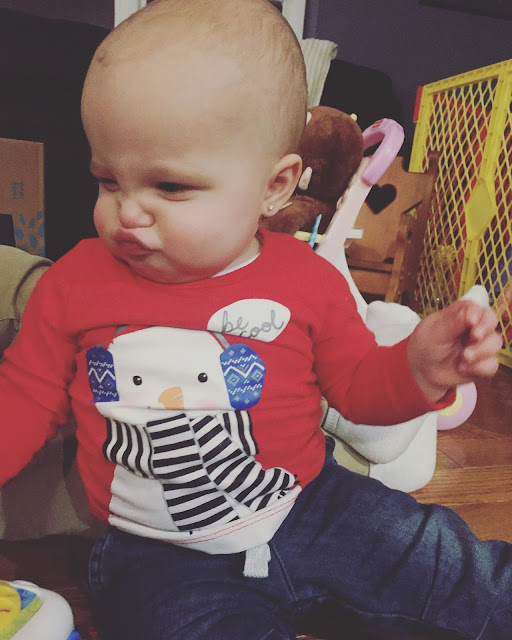 We ended up doing our own Christmas on Friday night at our apartment. Both of us could not wait to open gifts and decided we might as well go for it. 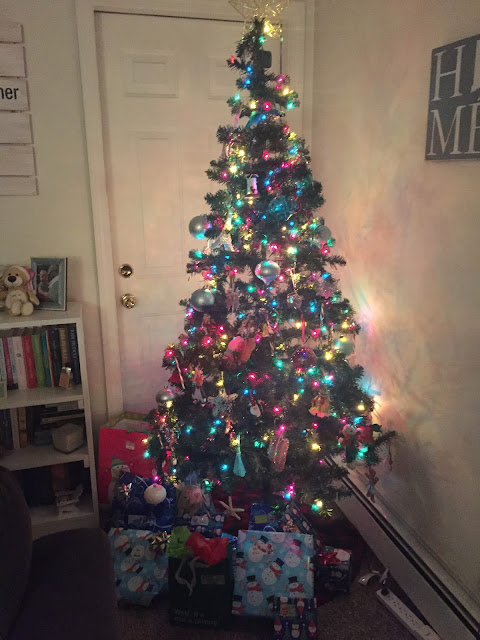 I love our little tree and all our collected ornaments. It was a perfect first Christmas in our first apartment! 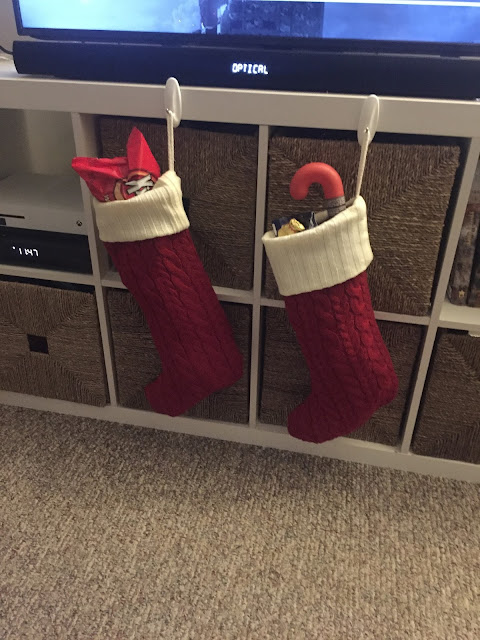 We also filled stockings for one another which was super fun. I plan on sharing what I put in Tim's stocking to give you some ideas for stockings for your loved ones!

Christmas Eve was busy but fun!

I shared this picture on snapchat: 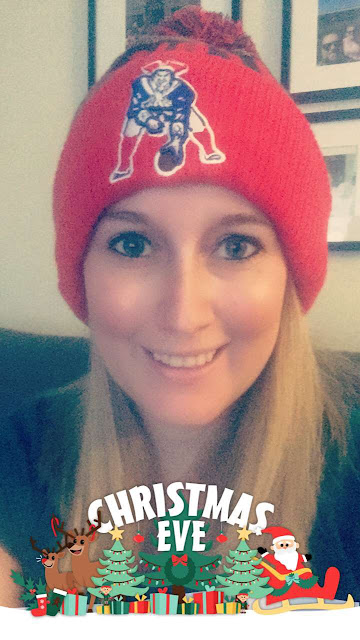 This is my hat that Tim got me- I really wanted a Patriots hat and he surprised me with one! 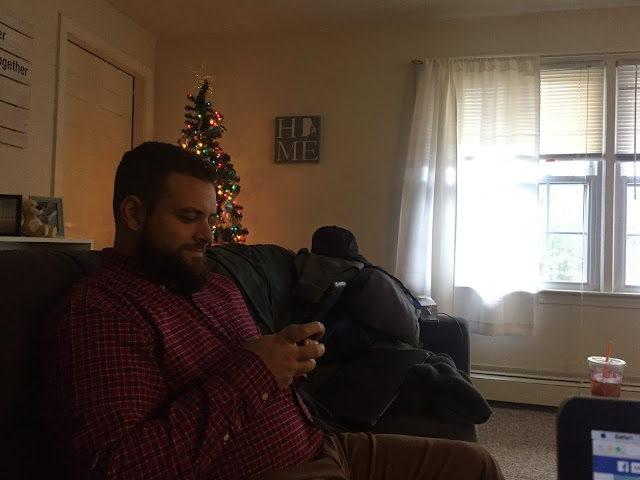 He also surprised me with a Amazon Fire tablet! He bought one for himself as well and has been using it when I'm not home for a month now! Sneaky sneaky boy :) 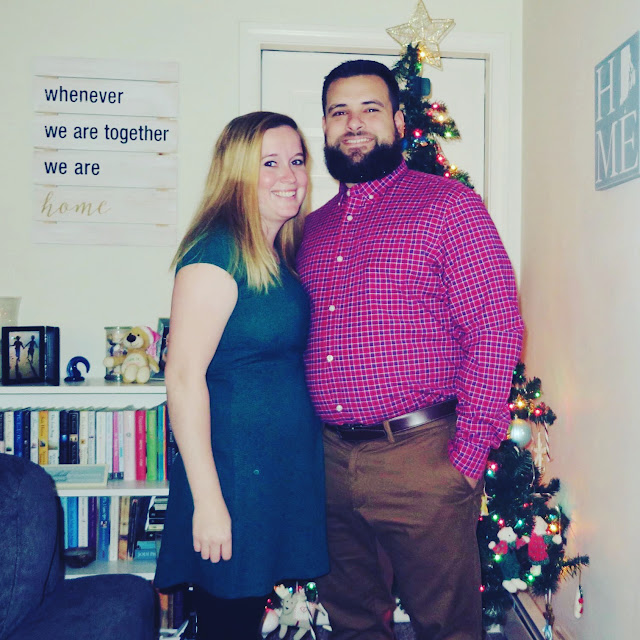 Before we left our apartment we took a picture in front of our tree, I love seeing the sign in the background as well. I think this will be a picture we need to frame!

Our first stop on Christmas Eve was my parents house. I didn't take really any pictures at all with the exception of this one of Tim, Annabel, Cailean and my mom making ornaments. 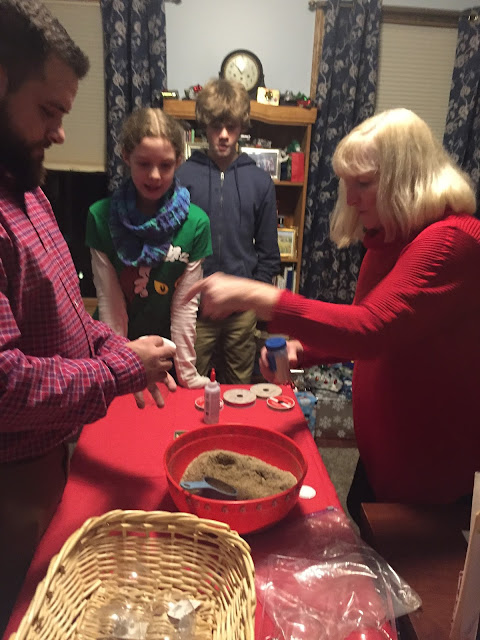 We ate dinner at my parents house and then headed to Tim's sisters for a second dinner. We also played a potato game where you split into teams and "poop" a potato into a bucket and also a game where we had to open a present with oven mitts. We ended up staying there until about 11:30 when we decided to head home to bed since we knew Christmas Day would be busy as well.

We started the morning back at Tim's sisters house where we watched his nephew's open gifts. We also did a secret santa with his family and everyone had a different couple which worked out great and was fun. 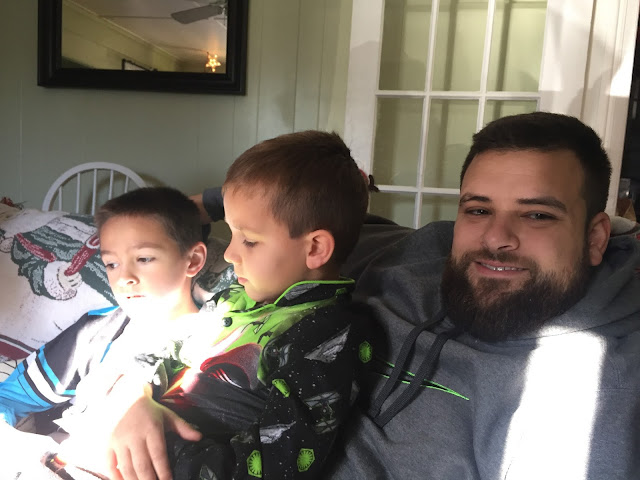 So cute that both of his nephews wanted to cuddle him! :) 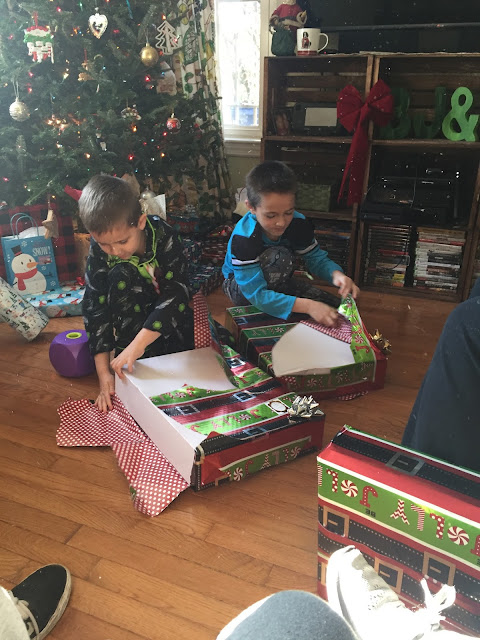 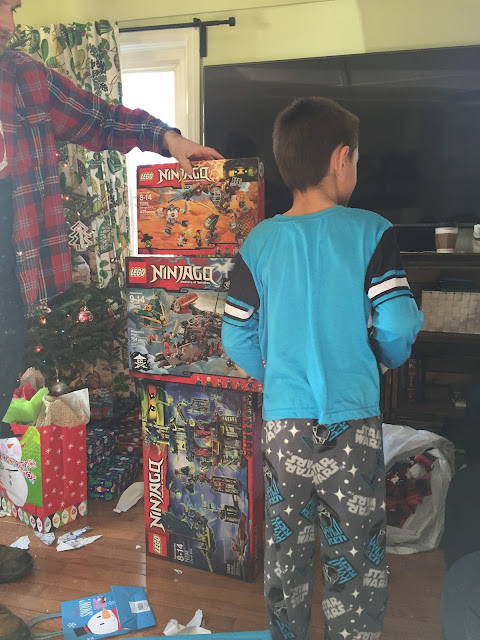 After all the gifts had been opened and breakfast had been eaten, we headed to my parents house where we opened even more gifts with them and my brother and his girlfriend. Then we ended up relaxing with my parents for a little while watching movies. We ran home for an hour or so before heading back to Tim's sisters for dinner. We had a great night playing Clue and Scattegories and ended up getting home pretty late.

It was very busy running back and forth but we had a great Christmas! I am so bummed to be heading back to work tomorrow and wish I had the entire week off!

I hope you had a great Christmas as well and I will be back with more posts!

Melissa
My name is Melissa and I am the author of Balancing On My Toes. I am a 29 year old who loves dancing, organizing, decorating and having a great time with friends and family! I have a blast blogging about all the things I love and am so thankful that you have stopped by to visit my page!