An Organized Room For A Princess

On Saturday night Tim and I headed over to Brittni and Stephen's to see our favorite almost one year old! Brittni had asked me to help organize Emma's closet because things had gotten a little out of control.  Although Emma isn't walking yet she sure gets around awful fast and create quite the path of destruction. We learned quickly that "reading" involves pulling as many books as possible off her bookshelf. 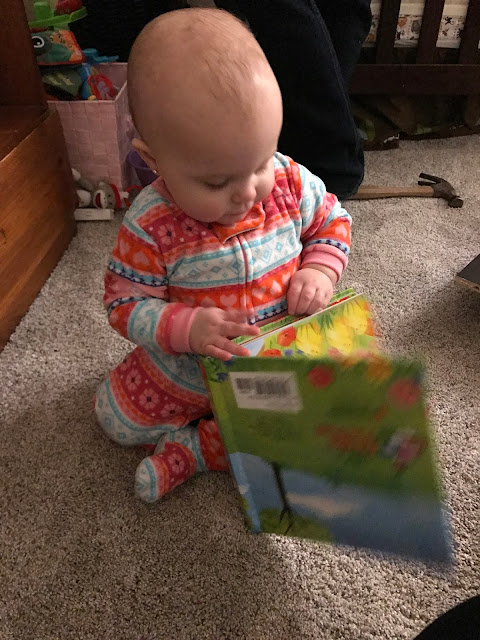 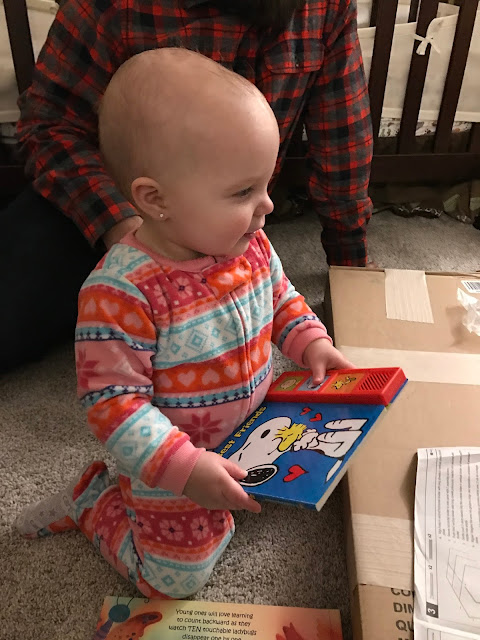 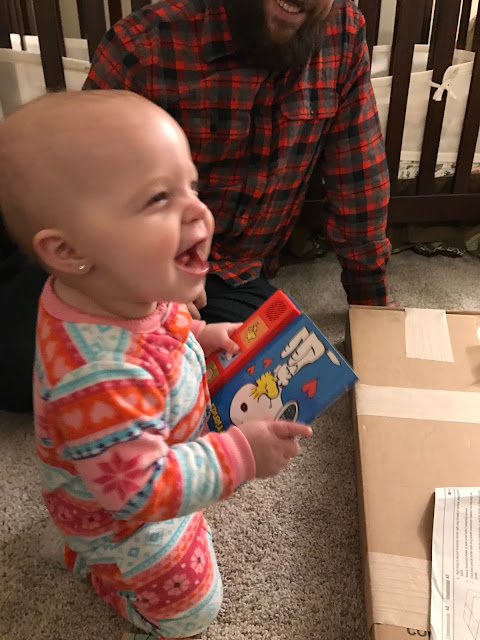 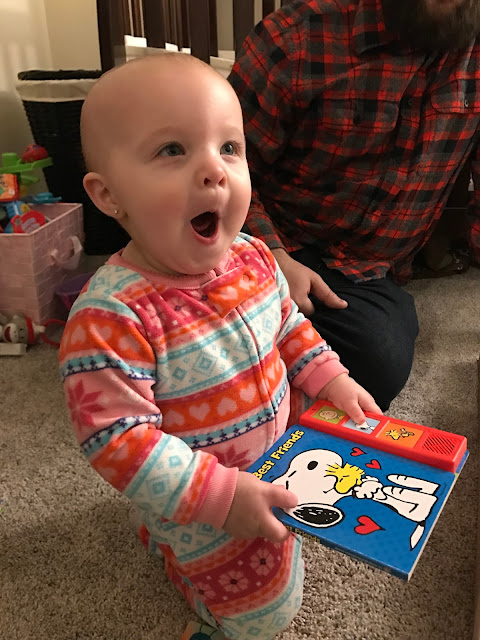 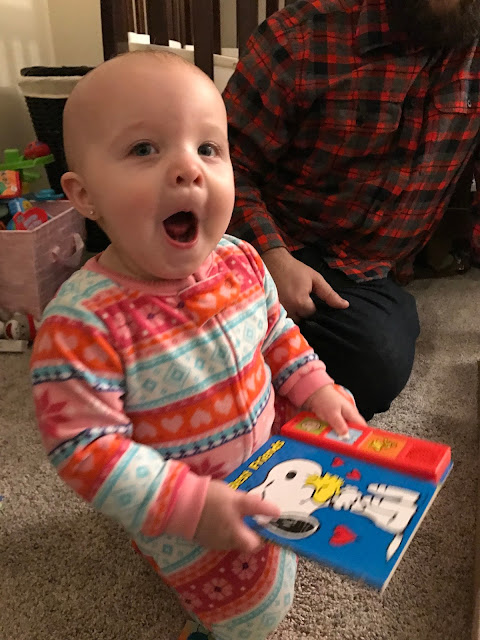 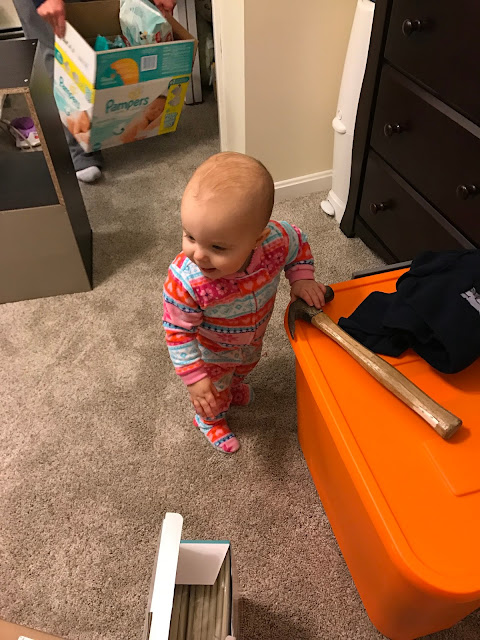 Brittni had purchased two six cube organizers and bins from Amazon and we knew we wanted to put at least one in her closet. So the first step was to build the cube shelving.

I also took some before pictures of Emma's closet... 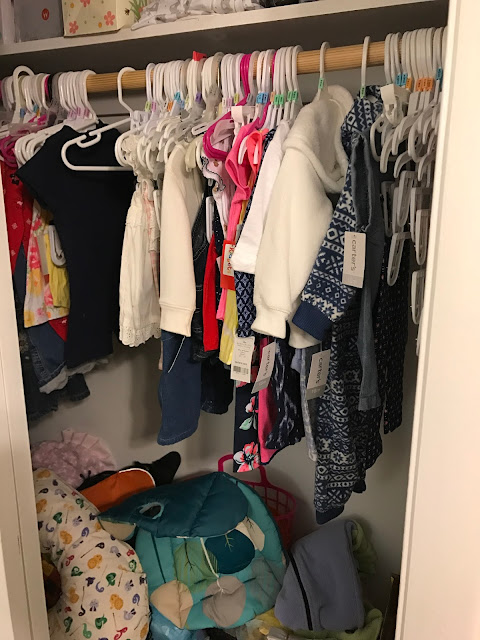 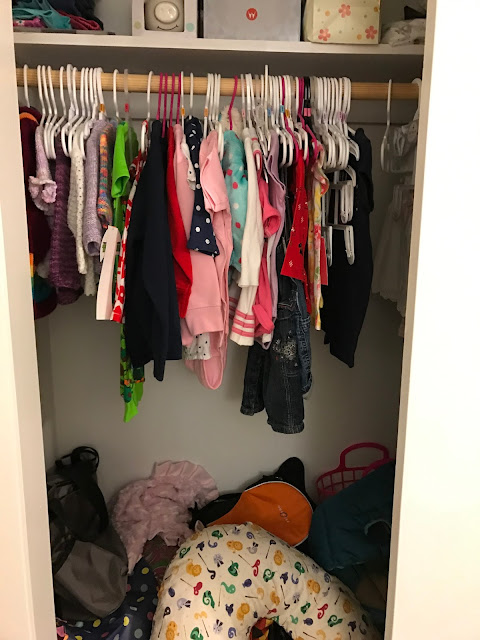 So with those three problems in mind we took the plastic store hangers out of the closet entirely and got rid of them. Brit went through all of Emma's clothes in the closet and organized them by items that are in her current size and those that will be her next size.

We also got rid of all the diaper boxes and organized both diapers and wipes into the bins in the 6 cube shelving. This way they aren't visual clutter but they are still easily accessible.

Another area of Emma's room that needed some changing was her toy box. She has a TON of toys! It's amazing what someone can accumulate in one year (even a baby!) so Brit picked some toys that were gross and worn out from Emma eating them. She also picked some out to pass on to family members that may get more use out of them. As she also mentioned; Emma doesn't particularly like to play with toys. She's more into anything that's not actually a toy. 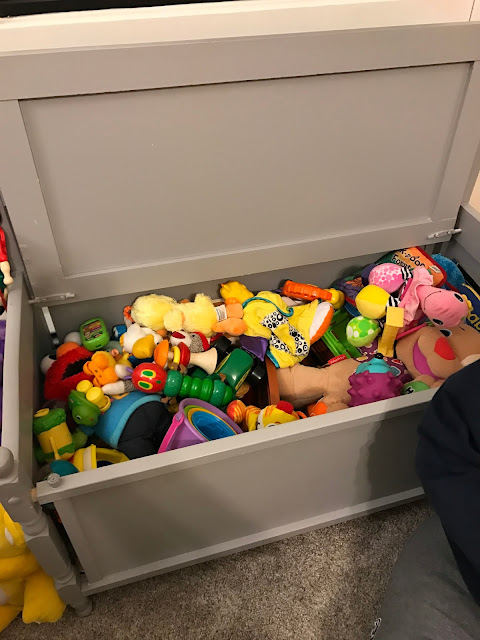 Although that doesn't stop her from having a toy box full! 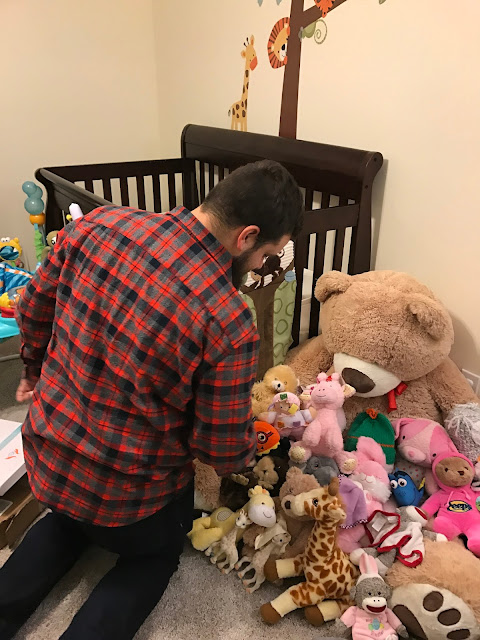 Tim helped us by organizing all the stuffed animals. Think she has enough?! 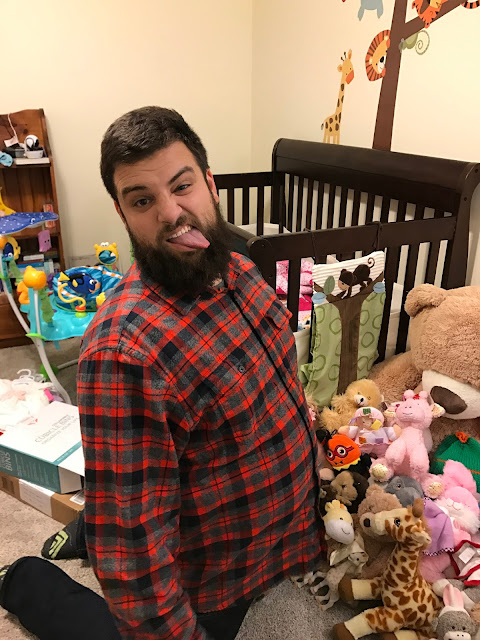 Once we were done the room looked so much better! 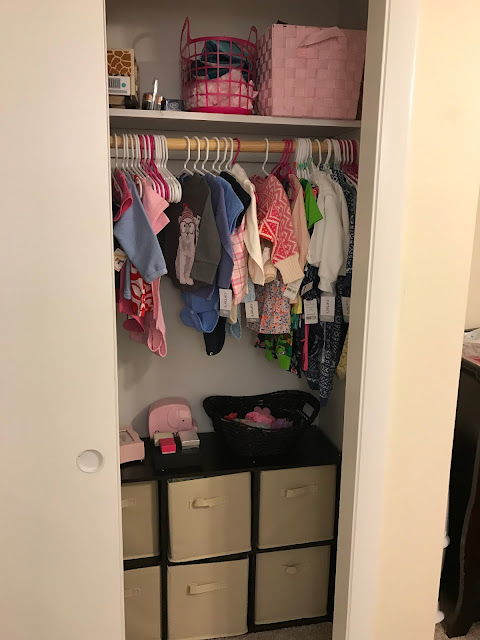 The cube organizer keeps like items together and also holds some breakable items they don't want Emma to get her hands on such as her piggy banks and jewelry. The baskets up top hold blankets and bedding so they are nearby but out of the way. 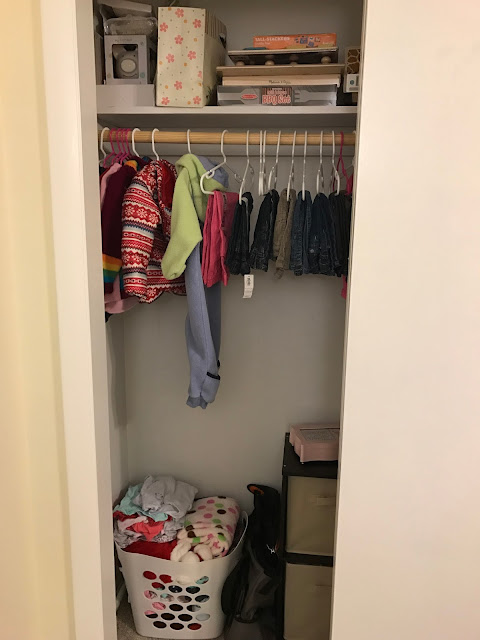 All her clothes are neatly hung and toys she's not quite big enough for yet like puzzles are up top out of reach. See that basket on the bottom? That's full of clothes Emma has grown out of which Brit packs away in totes for family members and future kids! Now as she notices things are too small she can just toss them in and then when she has time to sort them she knows where to find them. 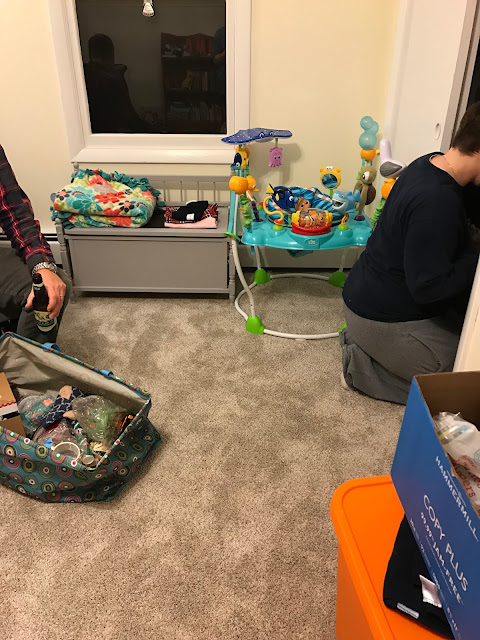 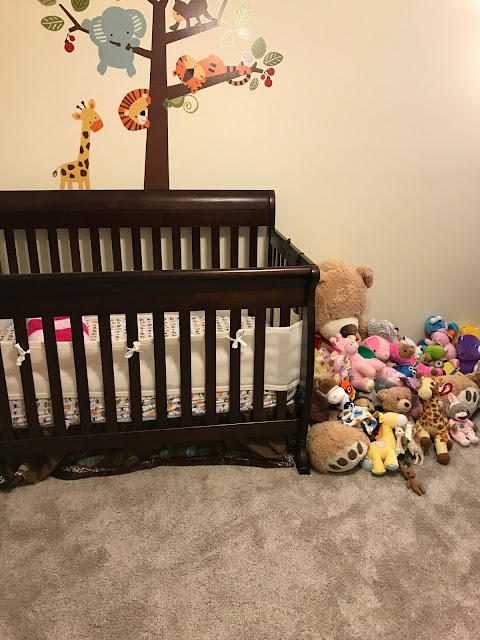 When we left last night it was looking pretty good! 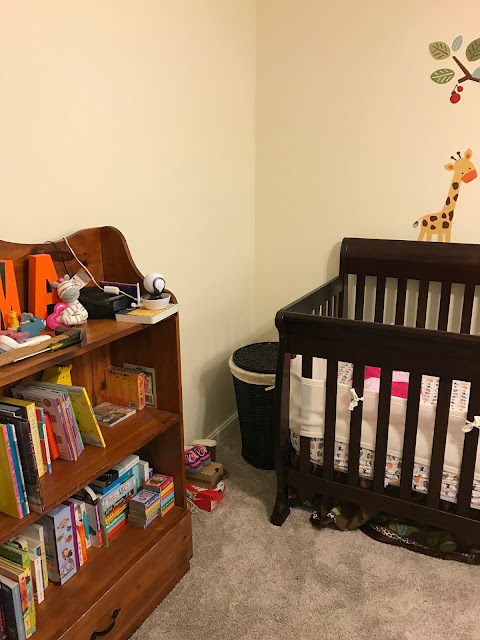 Then this morning Brit sent me a few pictures of when she finished up her drawers. 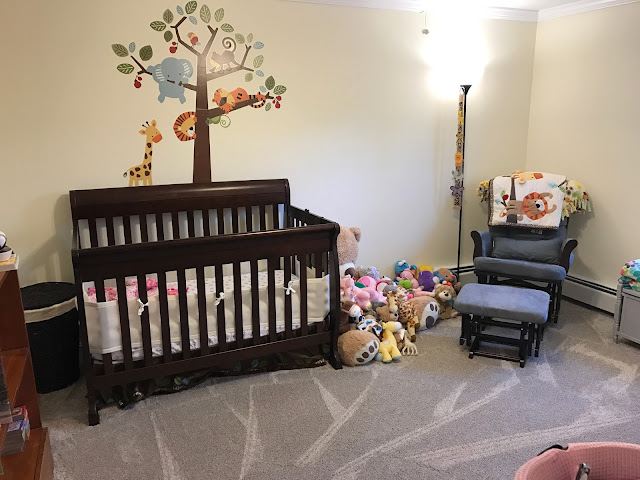 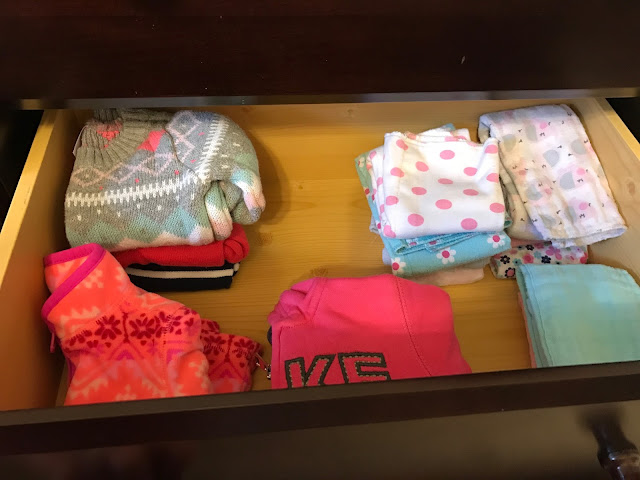 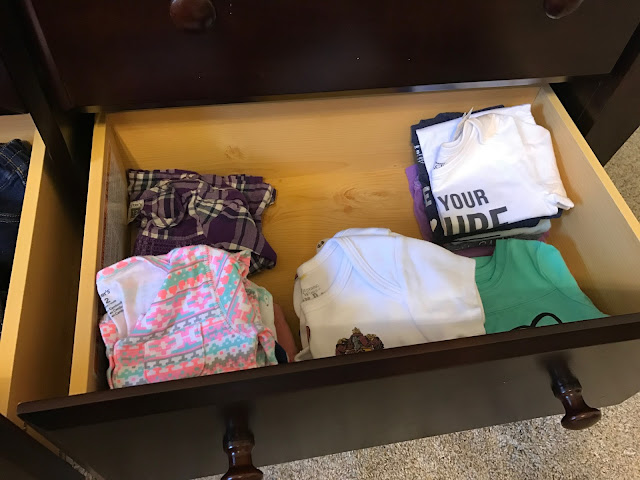 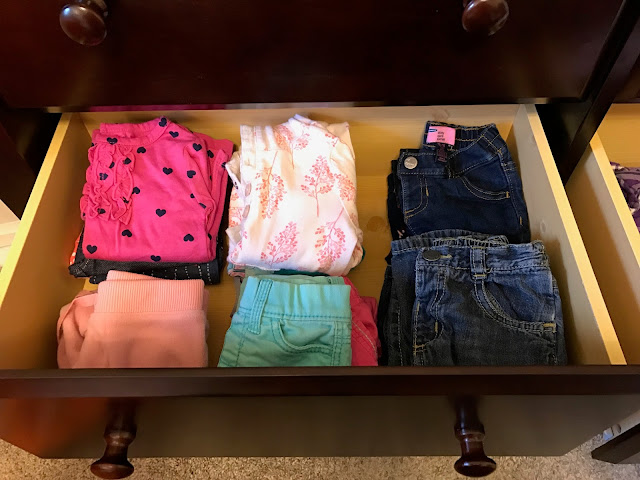 Looks great right?! This was such a fun project because how often do you get to hang out with a cute almost one year old, organize adorable clothes and come up with a great solution for their closet? It really motivated me to organize everything in our apartment as well!

Hope you guys enjoyed this project! Now it's time to grab some lunch and tonight I will be cheering on my favorite team! 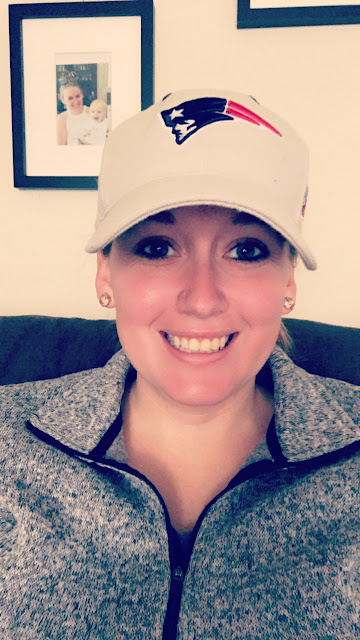