This past weekend seemed to revolve around kids...despite Tim and I not having any children of our own. It was a fun but busy weekend and I didn't complete any of the errands I wanted to, but that's okay there's always next weekend!

On Saturday we had a very special event to attend...Emma's First Birthday Party! The theme was Emma's Winter One-derland and when we walked in the soundtrack from Frozen was playing. Emma is currently loving the Frozen Soundtrack and I will continue to hope that someday she will be a Disney Princess girl like me! :) 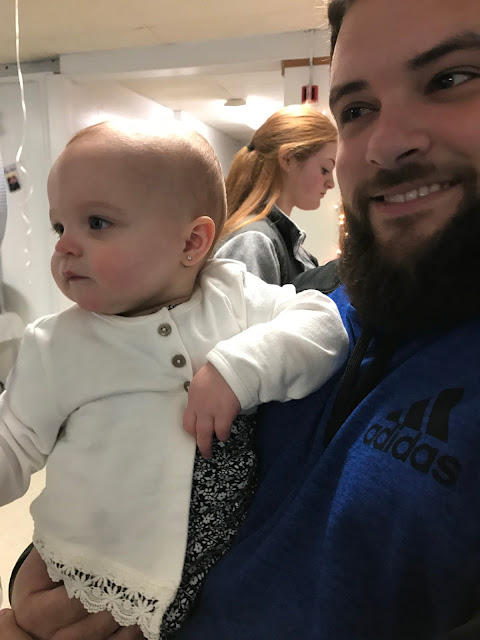 When we first arrived we luckily were handed the princess herself fairly quickly. She definitely was more interested in the balloons then us and wanted freedom since she is so fiercely independent.

Brittni did an awesome job planning with Calvittos Pizza and a donut cake from Allie's. It was all Rhode Island favorites! Of course we all loved watching Emma smash her cake (or delicately eat frosting as she did) but I personally loved watching her open her gifts! She was less interested in the actual gift then she was in the boxes, tissue paper, bags, etc... 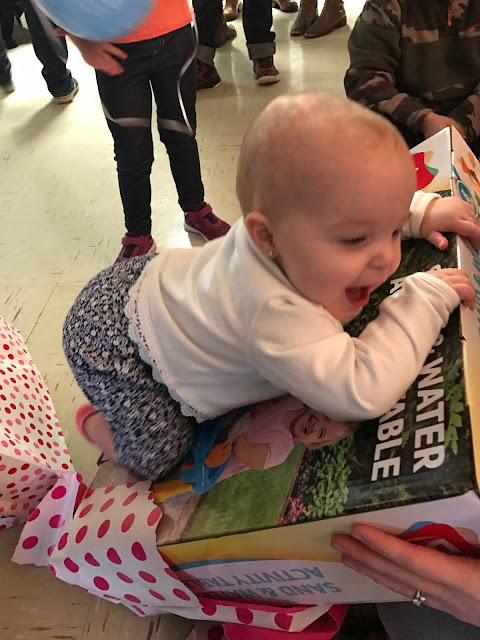 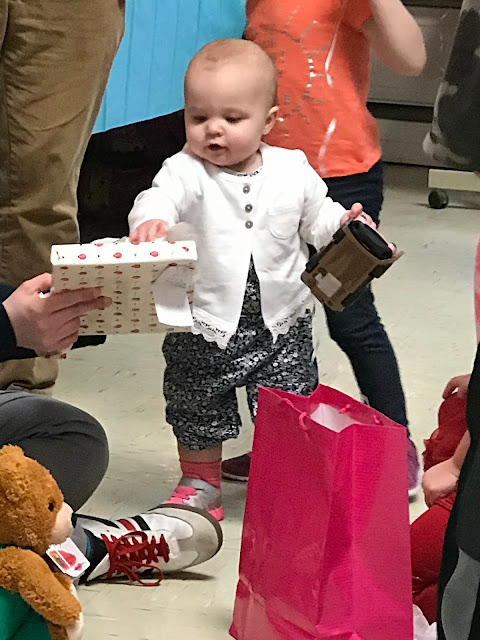 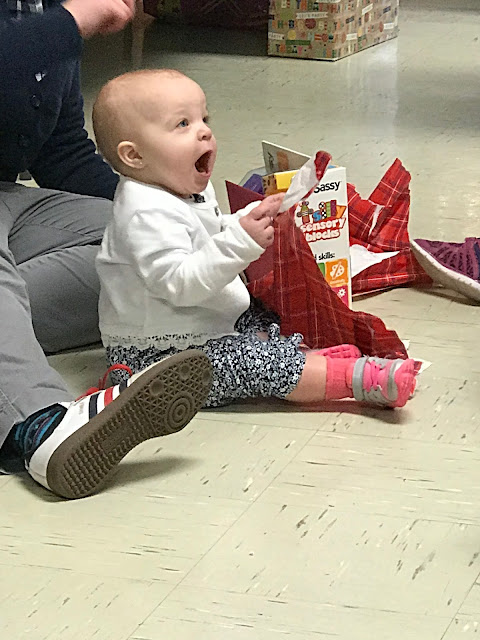 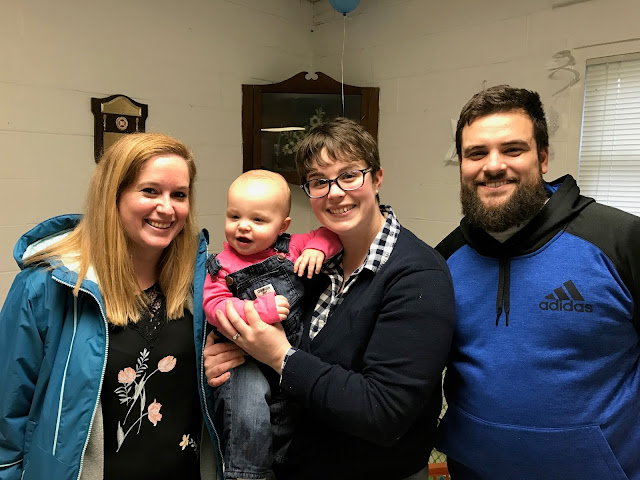 I can't believe this little girl is a year old! 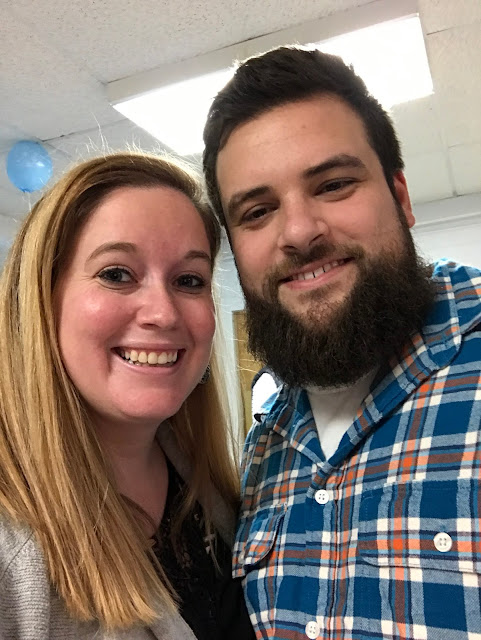 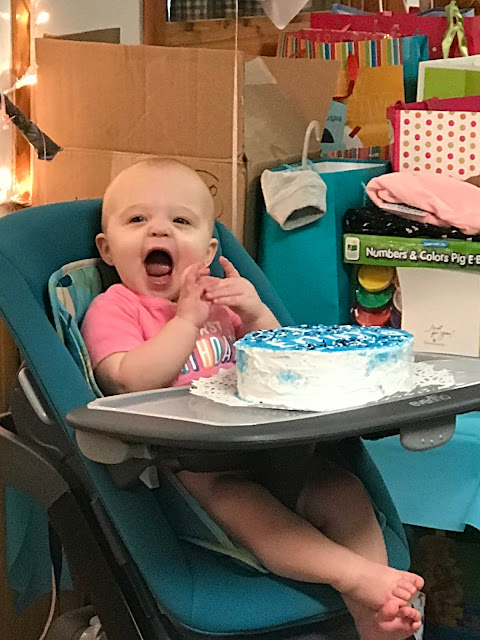 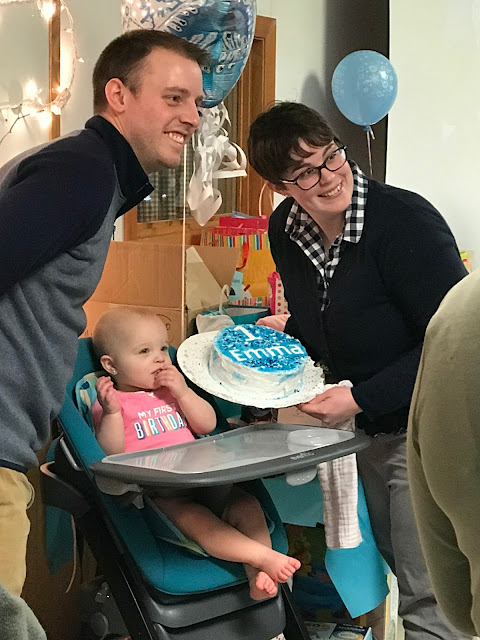 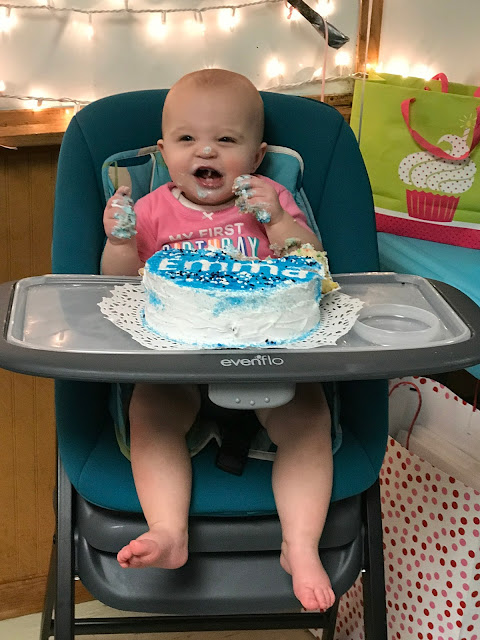 On Saturday night Tim and I had a nice dinner at one of our favorite restaurants Richards Pub (they have amazing french onion soup) and then had a nice quiet night at home where I kicked his butt at Madden. (Not true- he kicked my butt, but doesn't me winning make it a better story? I think so too)

On Sunday we headed to the football banquet for the football team Tim coaches. I unfortunately had to leave before his team had their presentation but I was able to see one little guy get his first trophy! 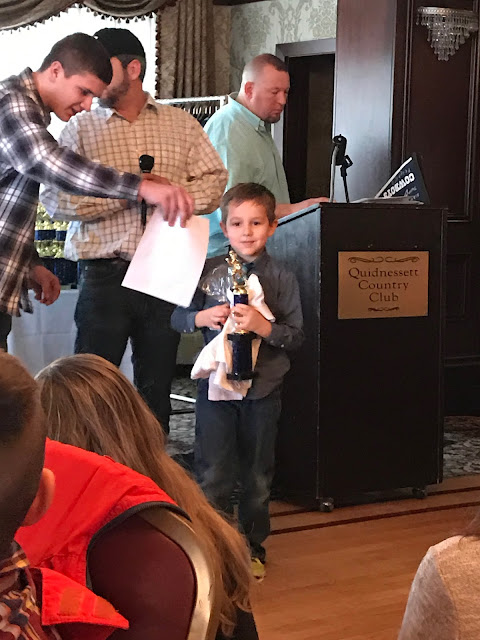 Tim's nephew Callan played flag football this year and he received his first trophy which was so exciting! 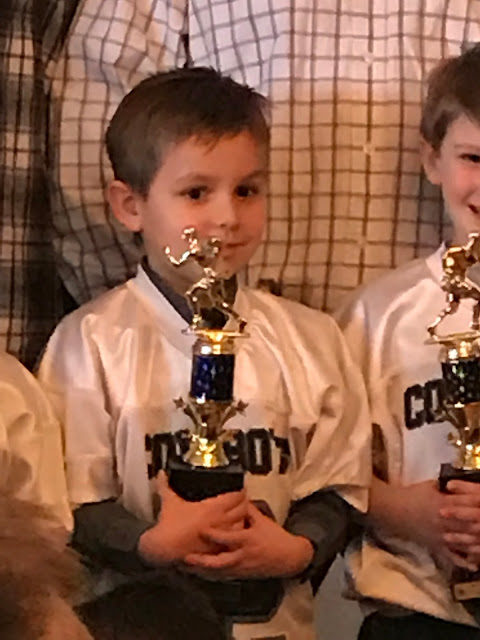 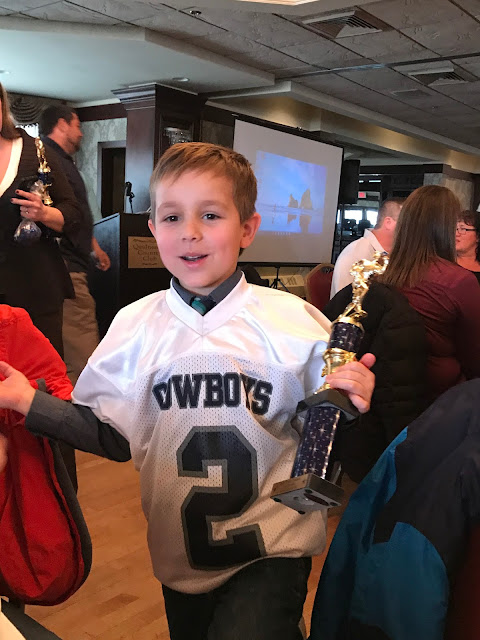 I had to leave early because the dance team I coach was performing during halftime at the Dunkin Donuts Center! I headed all the way down to the high school to catch the bus and then we took off to perform. 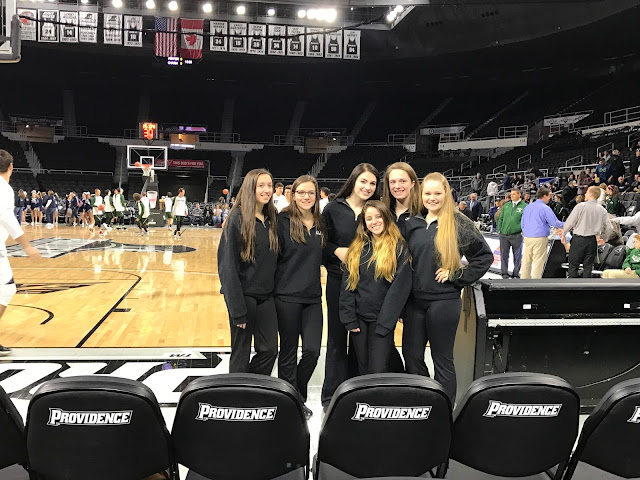 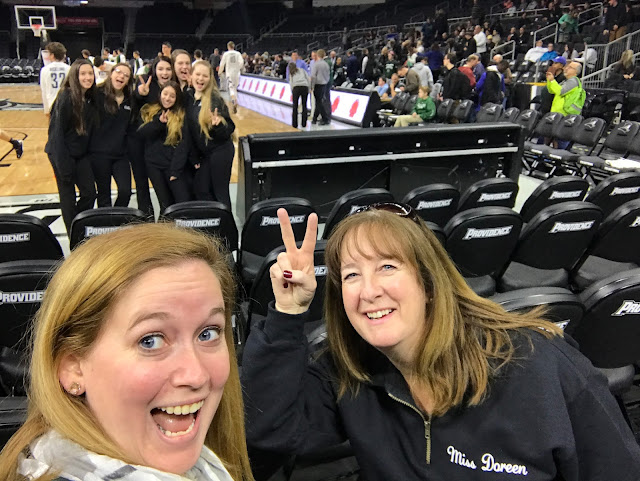 The girls had a great time even though there was a brief moment where we weren't sure we were going to have music. We were a little panicky for a few minutes but it all worked out in the end!
Overall it was a great weekend! Did you do anything special this weekend?