Happy Memorial Day everyone! I thought today I would share some pictures of what's happening in my life lately!

A week ago we babysat little Emma! 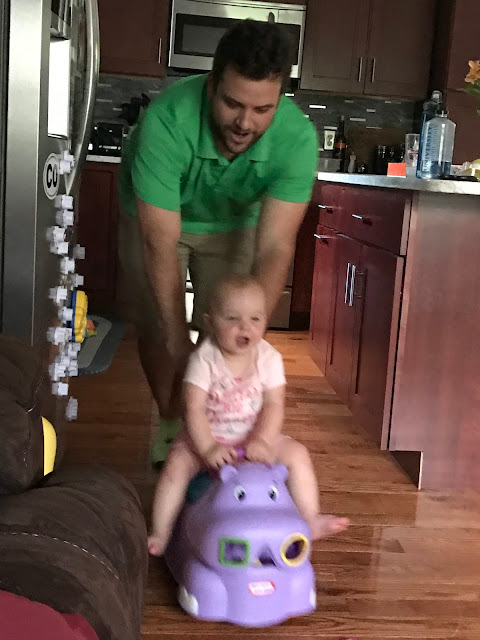 We always have a blast watching her because she is so active and fun now! We got into a ton of activities such as pulling every book off her bookshelf and riding around the island on her hippo. 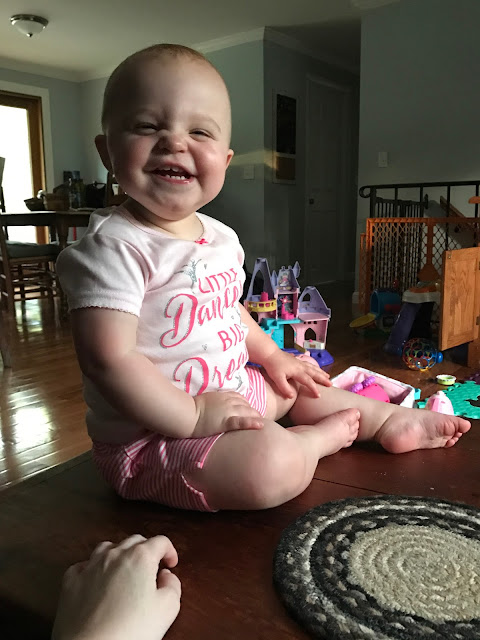 Also climbing on the coffee table. Such a troublemaker. 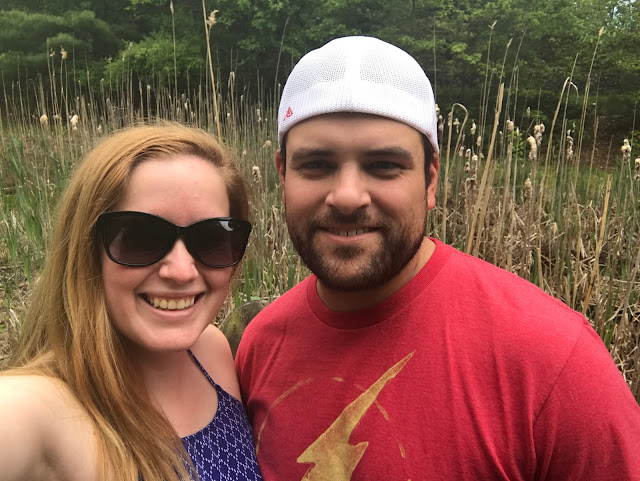 Last Sunday we went to the Roger Williams Zoo. We absolutely love visiting zoos, it's such a nice way to spend a few hours on the weekend. 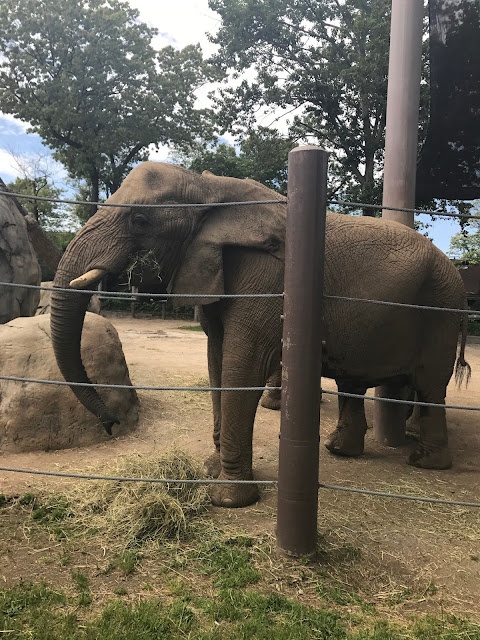 The last time we visited this zoo was about two years ago when we first started dating so it was nice to go back and experience it again! 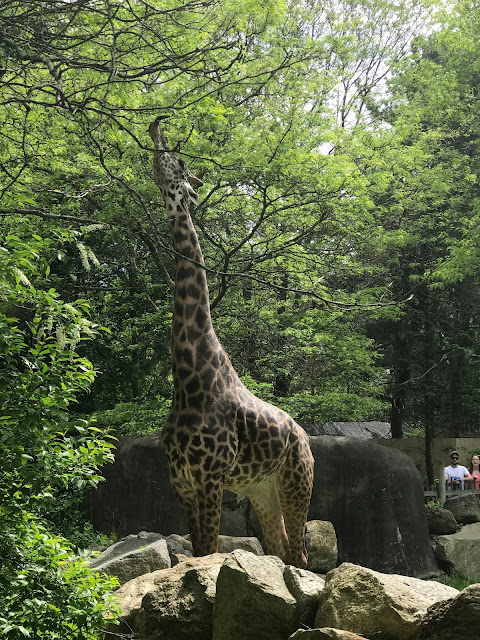 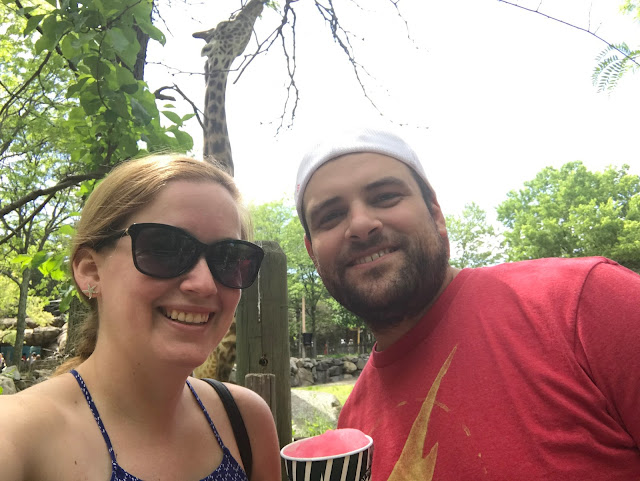 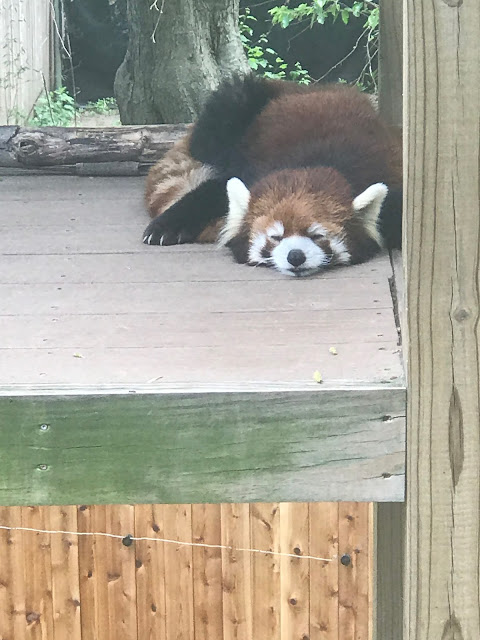 It was such a fun day and unexpected since we hadn't planned on going to the zoo initially. Aren't those always the best kind of days?!

Last week we had a nice dinner with Rachel, Ant and Tilly.  We met at The Boathouse in Mystic and enjoyed some yummy appetizers and baby snuggles. 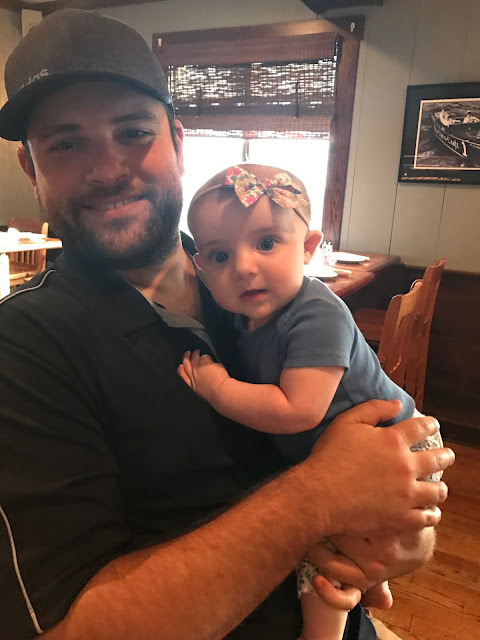 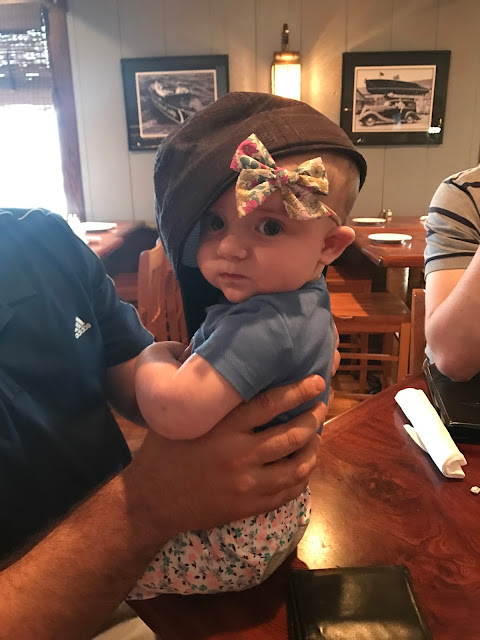 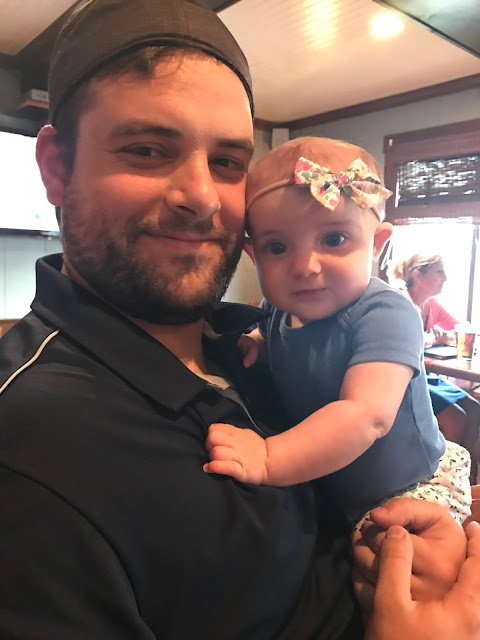 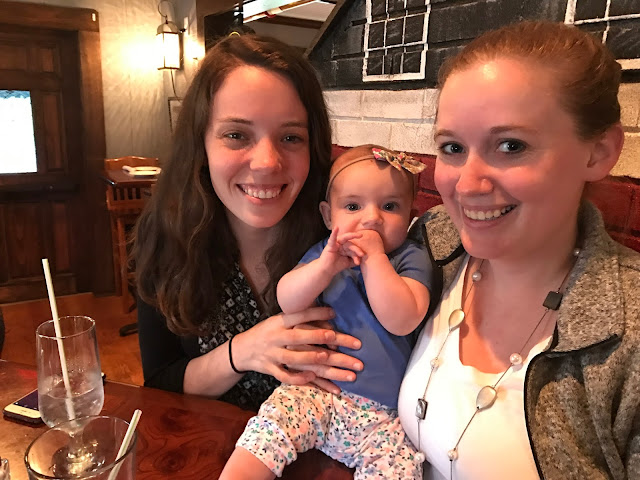 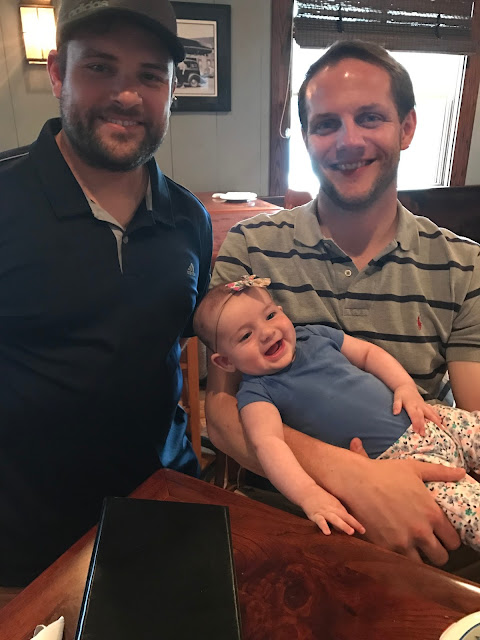 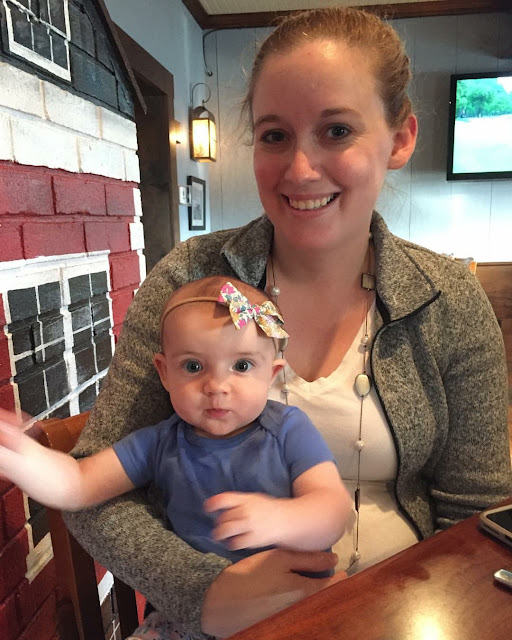 It was so nice to catch up with Rachel and Ant since we don't get to see them all that often. Tilly is getting big so fast and is so much more aware and alert then she was before. It's so amazing how fast she's growing up!

This past Saturday we went to Megan and Josh's engagement party in Massachusetts, 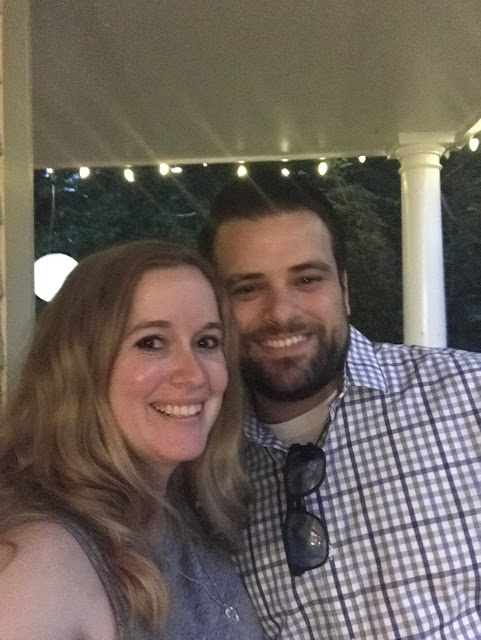 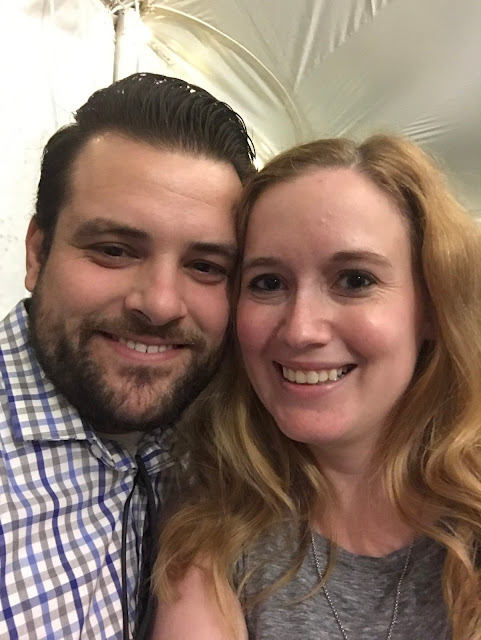 The party was so nice out in their backyard. We were able to meet another couple who lives right nearby us and we have a ton in common with which was a great time. 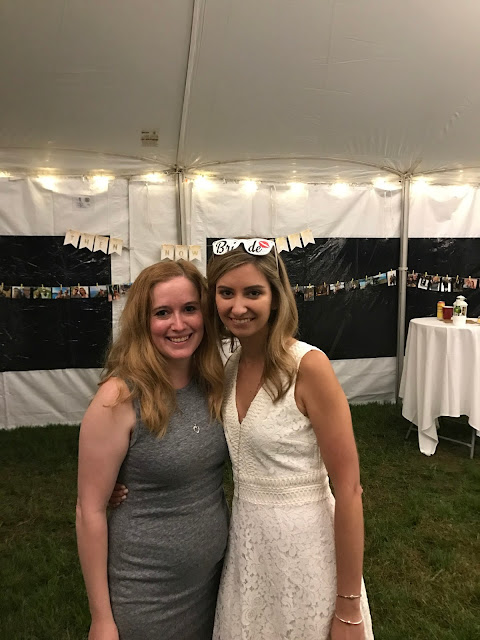 I always forget how much I miss Megan until I see her! We spent so much time together in college it's always great to see her. 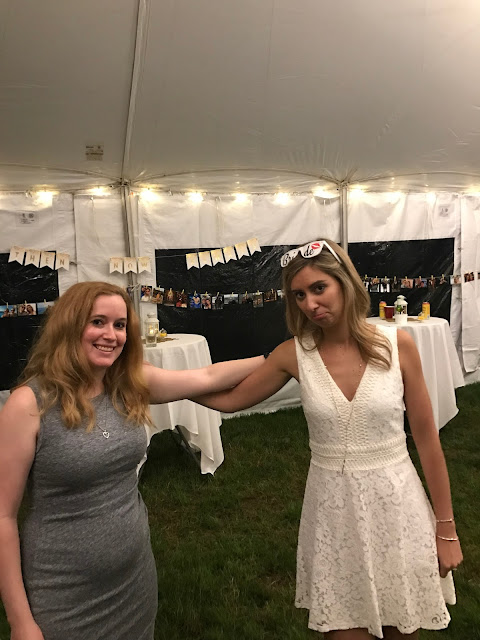 We saved a spot for Laura since we were both missing her during the party!

This weekend has also been filled with a couple of lazy mornings at home with homemade breakfast by Tim...well except the toast which was made by me. Yes, I have many talents! 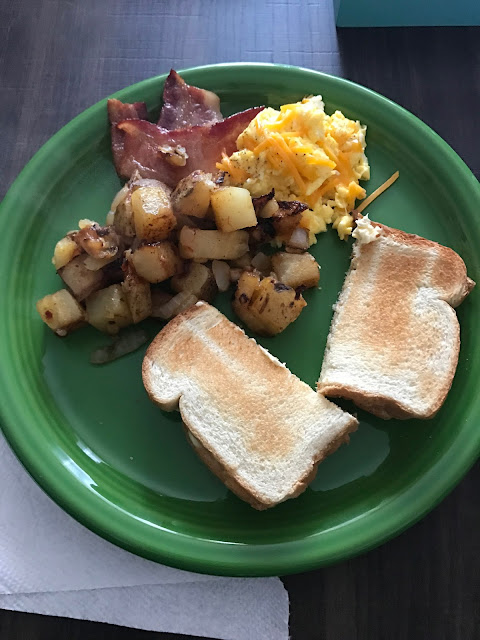 Yesterday we spent most of the day at a BBQ outside which was nice. I ended up with quite a few mosquito bites but we had a good time. 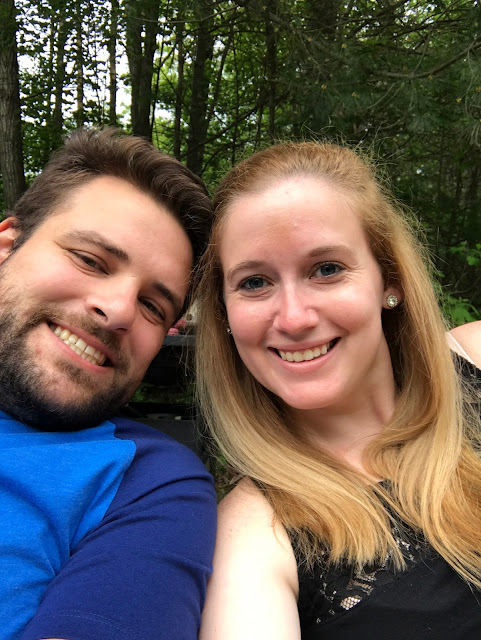 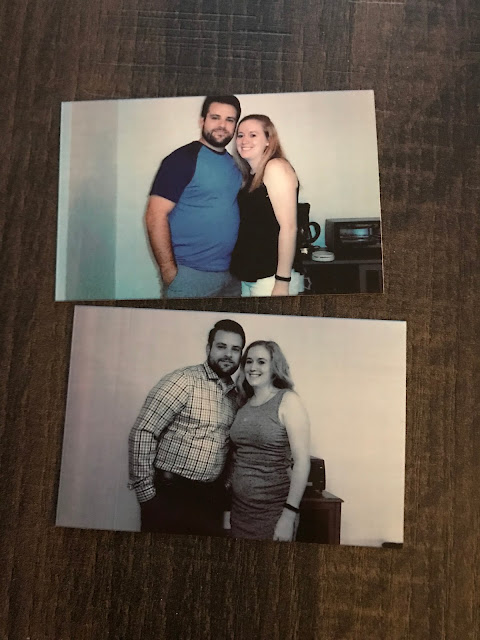 Finally, I just wanted to share the polaroid pictures I took before we let this weekend. I have been playing around with my polaroid camera to try the different settings and love that it has a timer so we can take couple pictures together :)

So that's what I've been up to lately!
Posted by Melissa at 1:21 PM