Throughout this trip since we were there for so many days we ended up going back and repeating parks many times. We really did get to do every single thing we wanted to do.

On this day we headed back to Animal Kingdom since we wanted to ride Avatar Flight of Passage again. We ended up getting a fast pass for it around noon time so we ran to do a couple of other rides first.

Kali River Rapids was down the first day we were at Animal Kingdom and Tim really wanted to ride it so we headed to the standby line which was non-existent. After getting wet (I wore my poncho which I highly recommend doing) we headed over to Everest where we met a fifteen minute wait for standby. At this point any line felt like a long line to us but we were super spoiled after a few days with no waits at all. We ended up riding Everest and then heading over to Pandora. 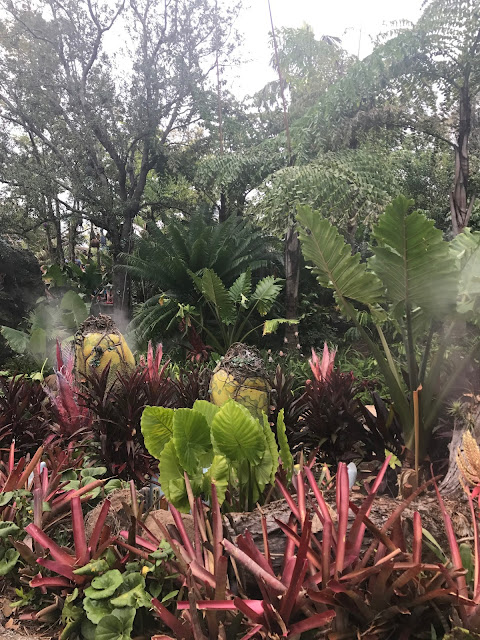 It was just as beautiful as it was earlier in the week! 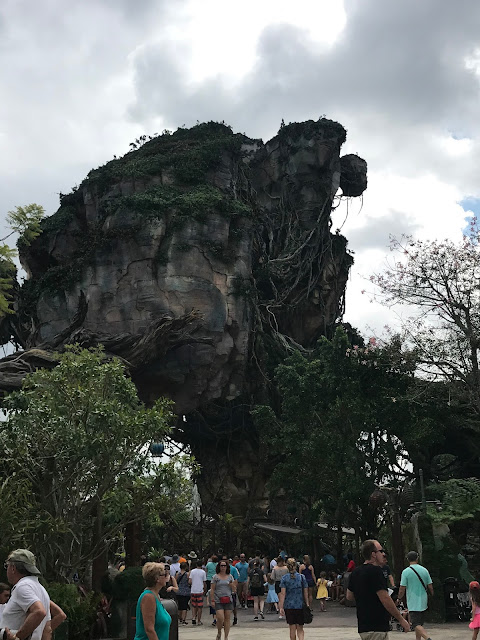 The amount of work and detail that went into this place is absolutely incredible. I can't say enough good things about Disney for creating such a beautiful park. 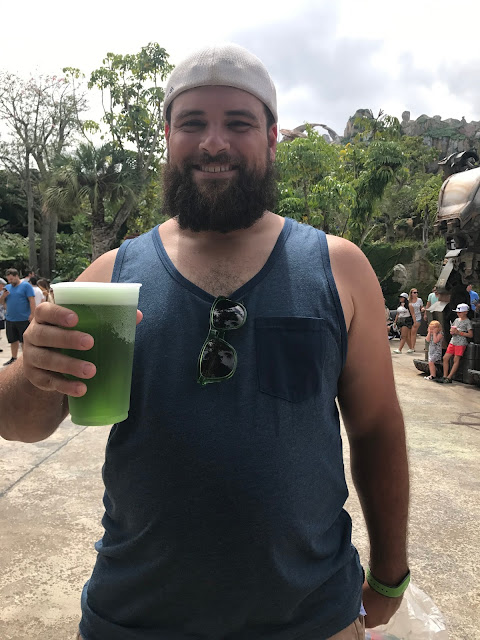 We rode Flight of Passage again wishing we could just ride it over and over. Then Tim decided to get a green beer to give it a try. He said it was good but wasn't really his type of beer.

We walked towards the front of the park because our plan for lunch was the Rainforest Cafe. 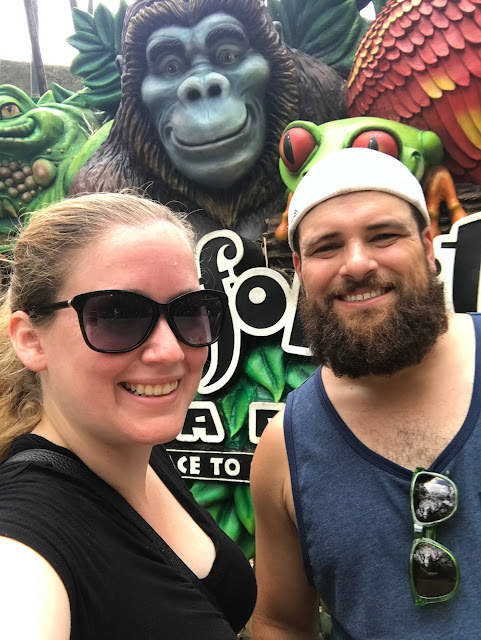 Despite not having a reservation we walked right in and found ourselves surrounded by a jungle. 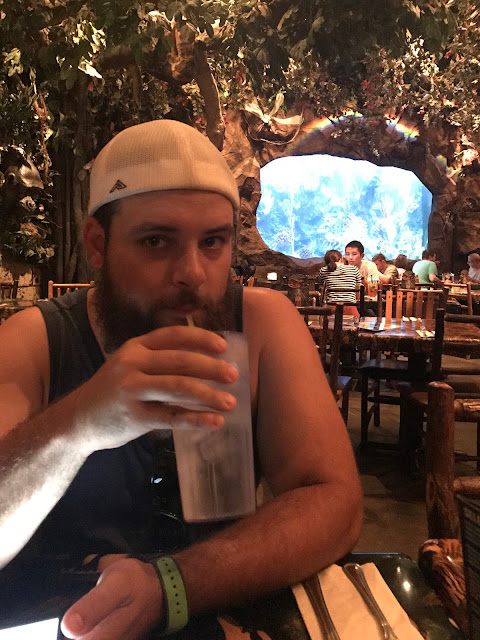 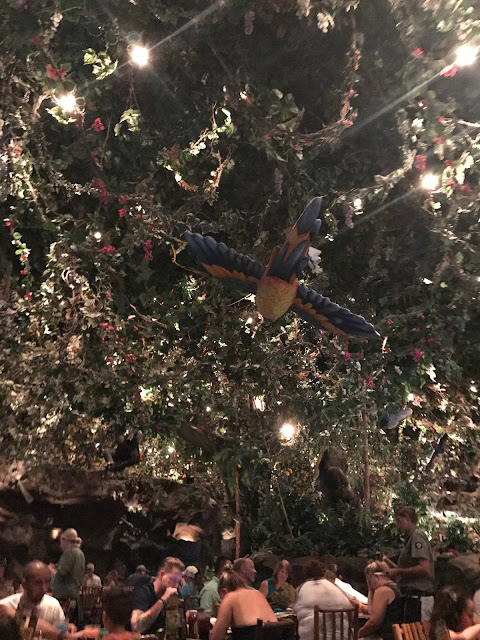 Tim ordered a plate of nachos for lunch while I chose a pesto pasta. Both were more then we could eat! 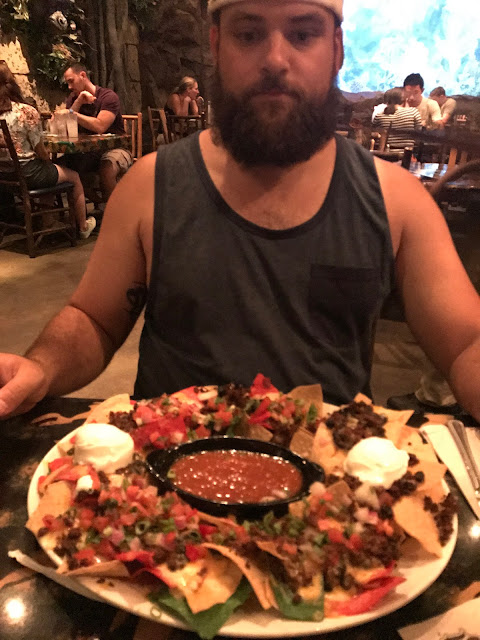 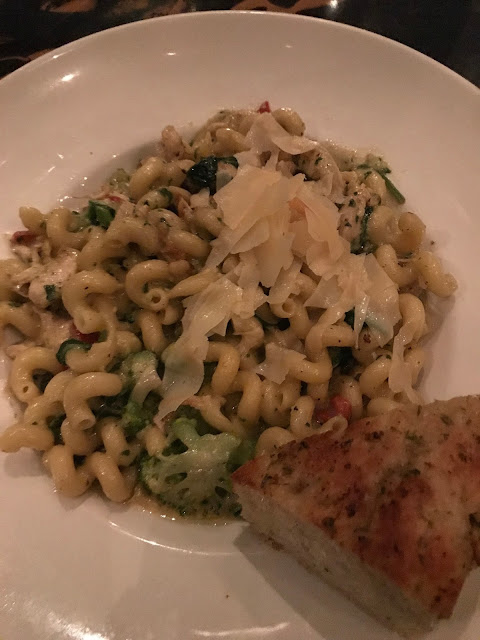 We decided before heading out of the park we would go on the safari again because it's never the same twice! 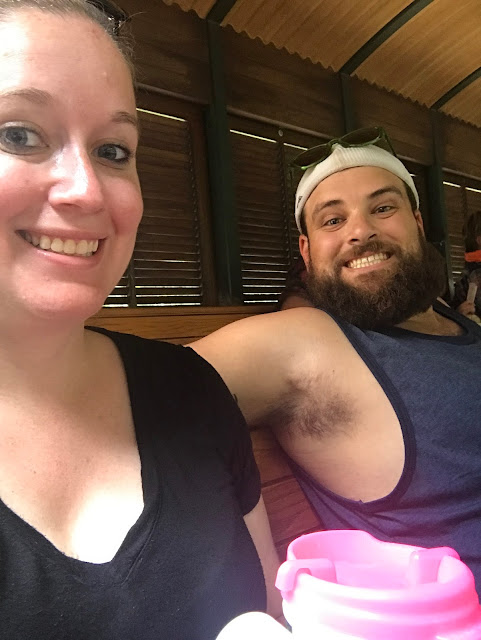 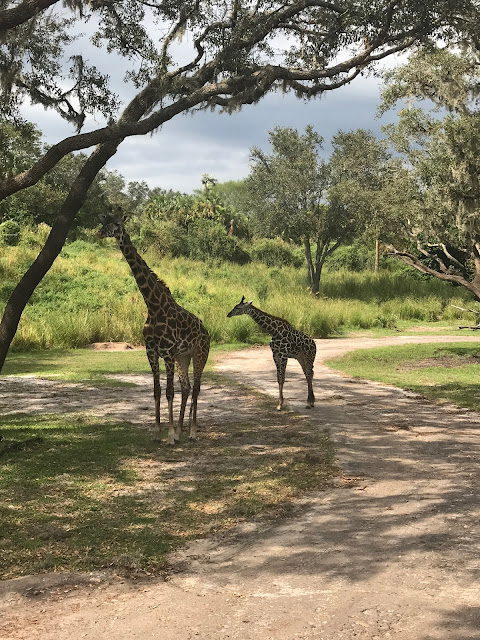 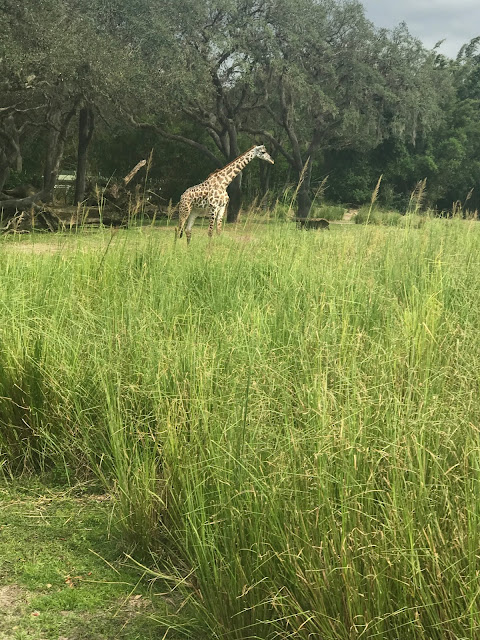 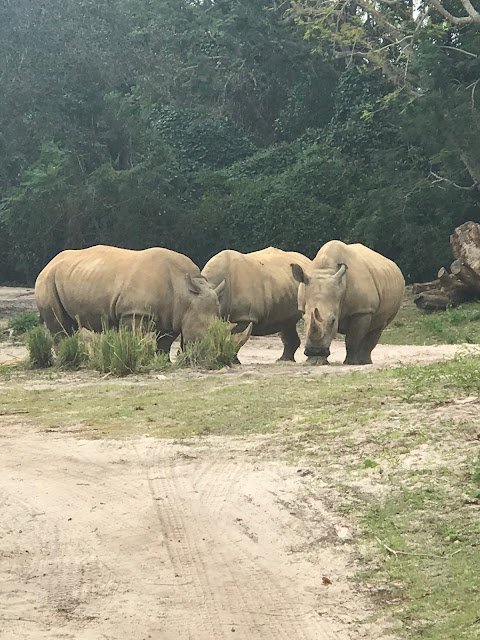 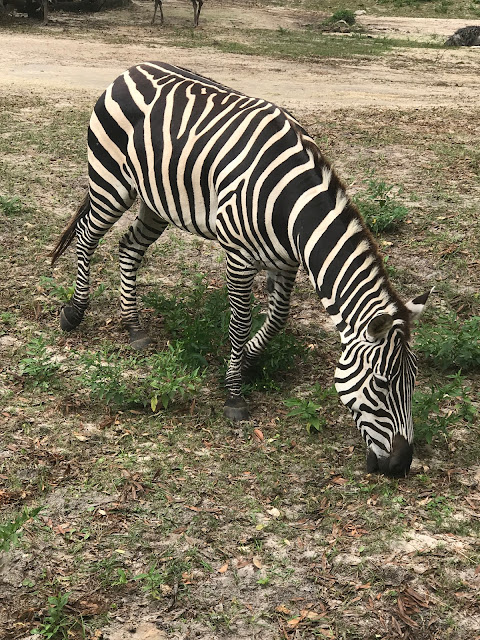 We still didn't see any lions but had a great time again!

Then it was time to go back to the hotel to rest. 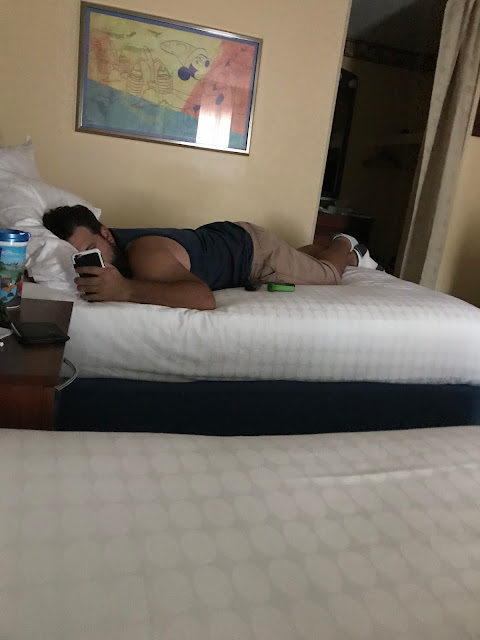 Have you ever been to the Disney lost and found? 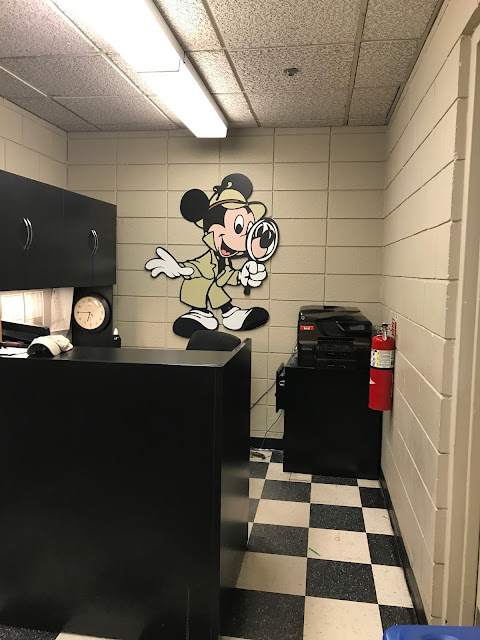 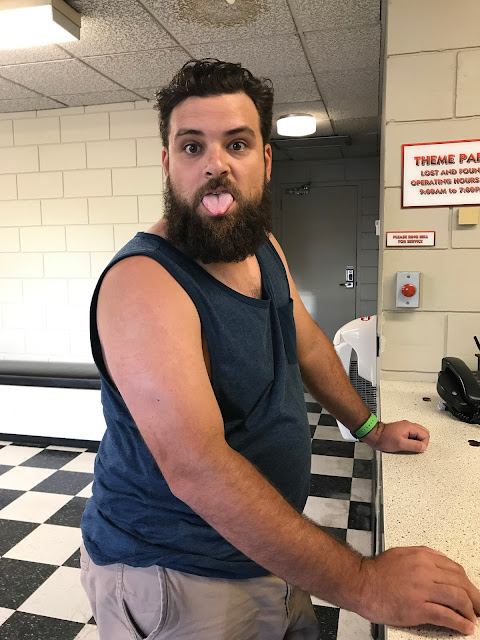 We have! Tim had to file a report about a hat he lost during our dinner at Via Napoli.

We decided since we were on the monorail system to have dinner at the Polynesian but since both restaurants were both booked up and the food served at the bar wasn't really our taste we ate in the food court. 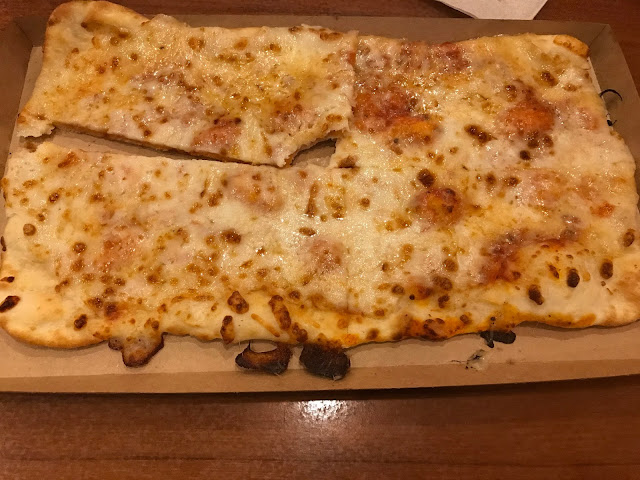 Pizza flatbread for the win!

Then it was time for the most magical night show in Disney. Happily Ever After at the Magic Kingdom. 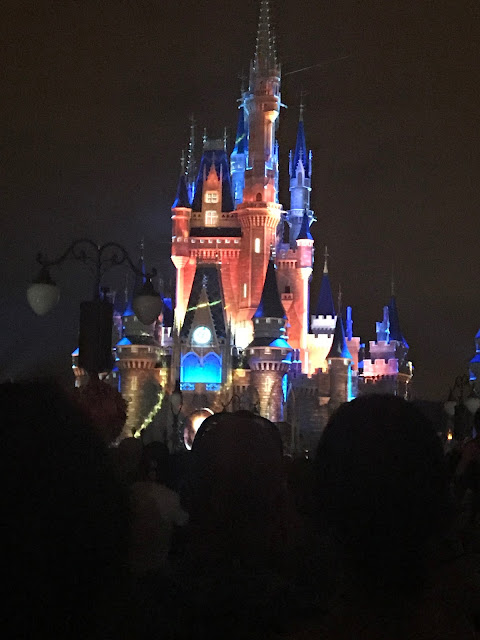 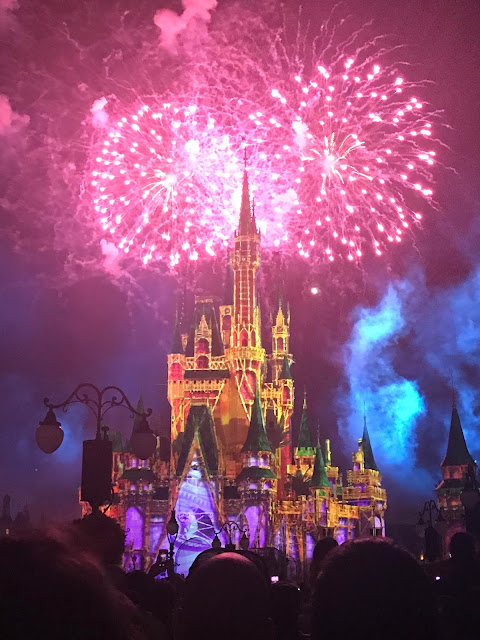 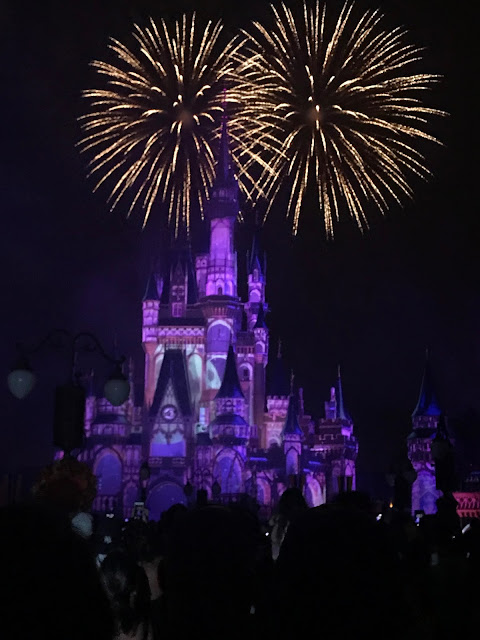 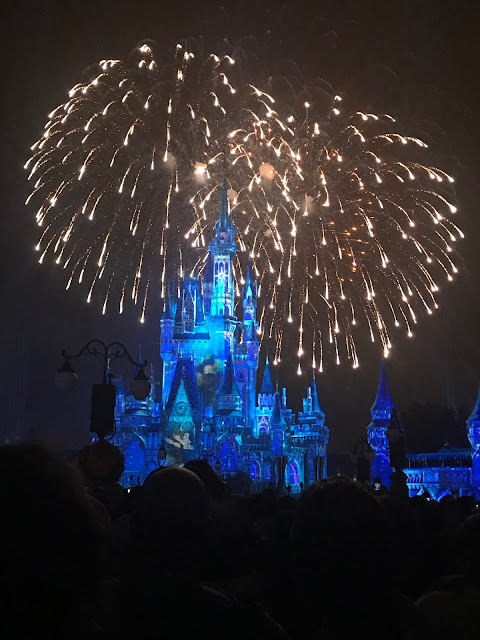 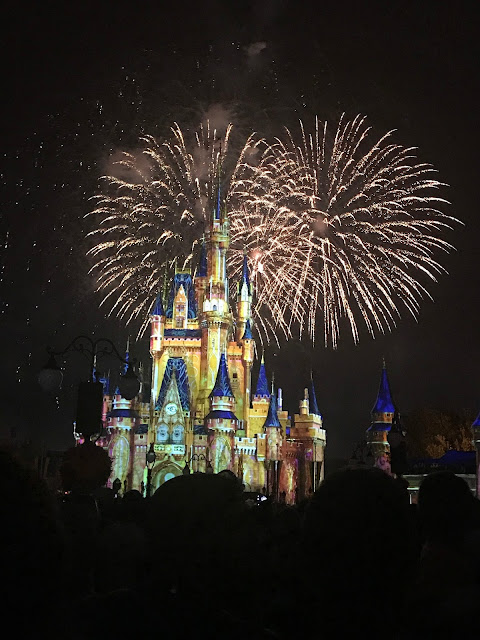 The projections on the castle were incredible, the fireworks were amazing, the music made me cry. Disney has outdone itself with this show and I thought it was the best I've ever seen.

I had watched the first night of the show when it was featured on Facebook but there was honestly no comparison to seeing it in person. I can't recommend it highly enough, you have to go to Disney and see this show!!!

After the fireworks we saw no reason to rush out since the buses would be crowded to we rode Buzz Lightyear Space Ranger Spin again. 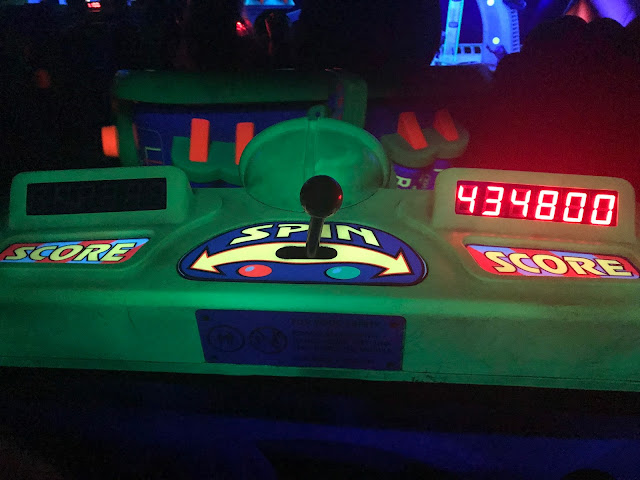 Check out my score! Now ready for Tim's score? 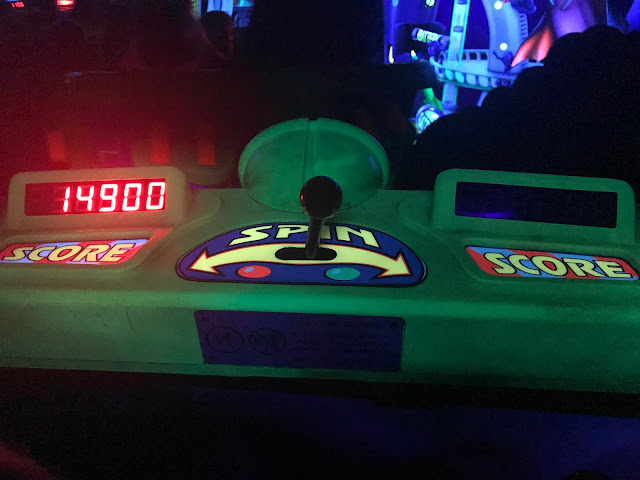 I finally defeated him!

We managed to get on Space Mountain before closing and then it was time to walk down Main Street U.S.A one last time. 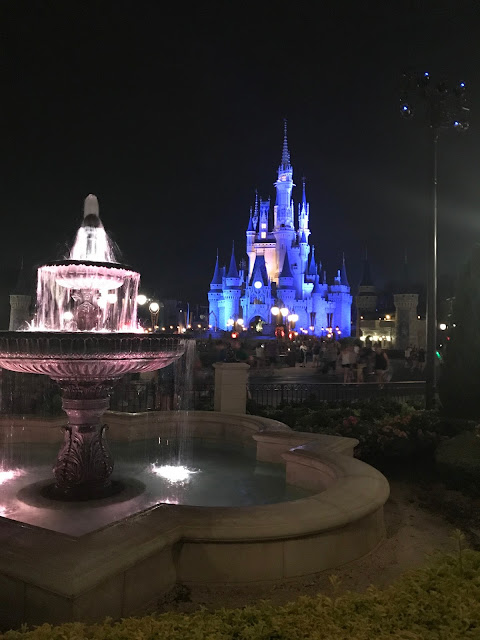 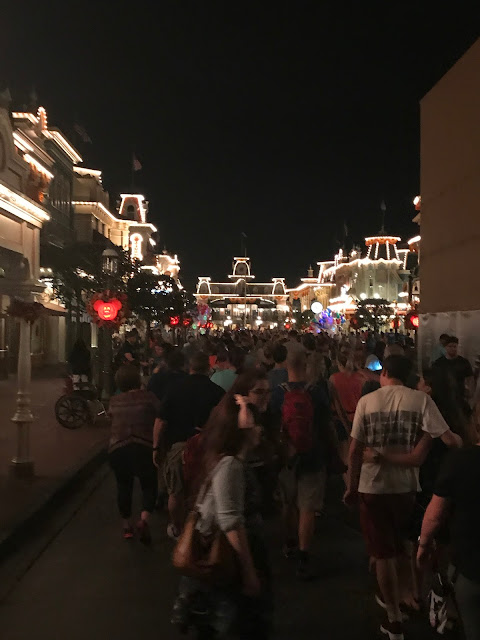 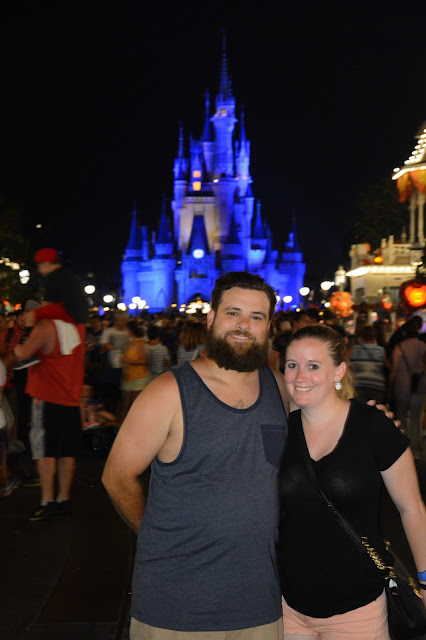 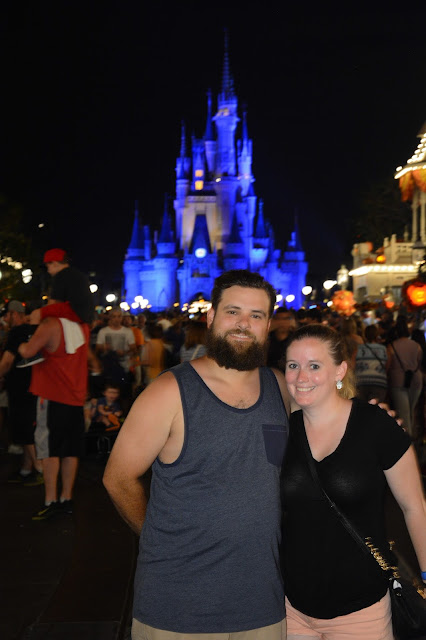 Such an amazing day! Alright guys...only one more recap to go!
Posted by Melissa at 3:00 AM