A few weeks ago we had a multi-day power outage in our area which resulted in a lot of spoiled food. Lucky for us we hadn't been shopping recently so we had a few things that spoiled but most of what was in there was alcohol. We started pulling things out of the fridge (and freezer) and then Tim announced he didn't trust any of the condiments anymore. I decided we might as well do a massive cleanup of our fridge and ditch pretty much everything so we decided to claim what I'd like to call Fridge Bankruptcy.

I didn't think to take pictures until we'd already started but as we started pulling stuff out this is what it began to look like: 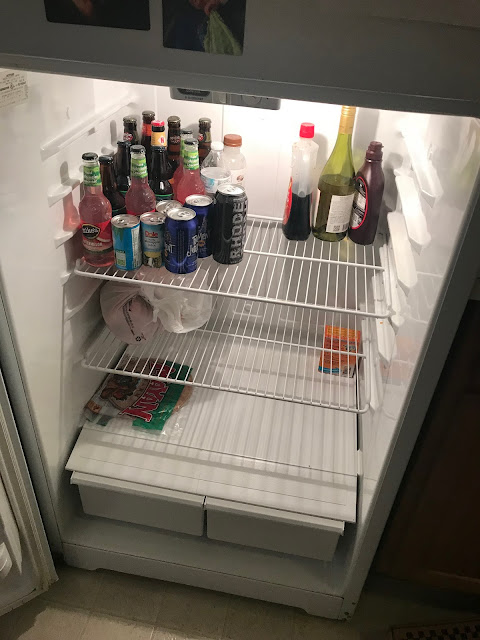 What's left in there isn't much but Tim thought most of the beer and alcohol was fine as well as tortillas, apples, chocolate, and syrup. We did however have to throw out cheese, chicken, lunch meat, etc... 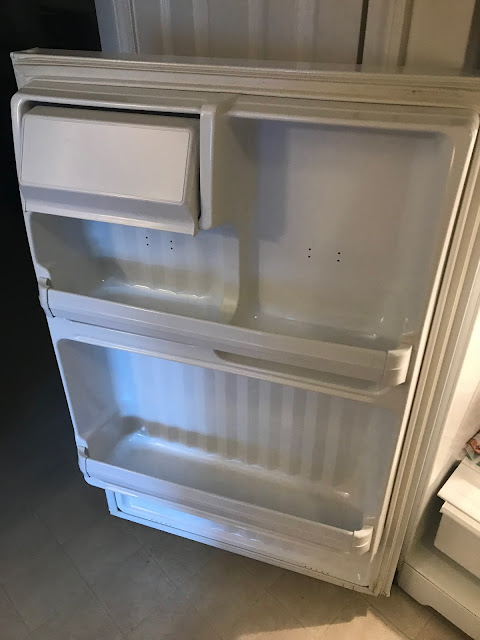 As I mentioned above Tim decided he didn't trust the condiments anymore which was fair since they were primarily ranch dressing and things of that sort. We decided to just toss everything which left our fridge nice and empty but also super clean! 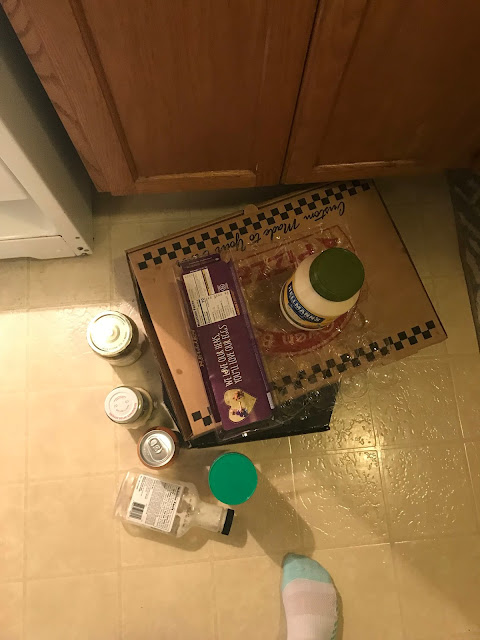 Here's a pile that we got rid of. I made sure to empty and rinse out any container that could be recycled because that was a lot of glass and plastic! 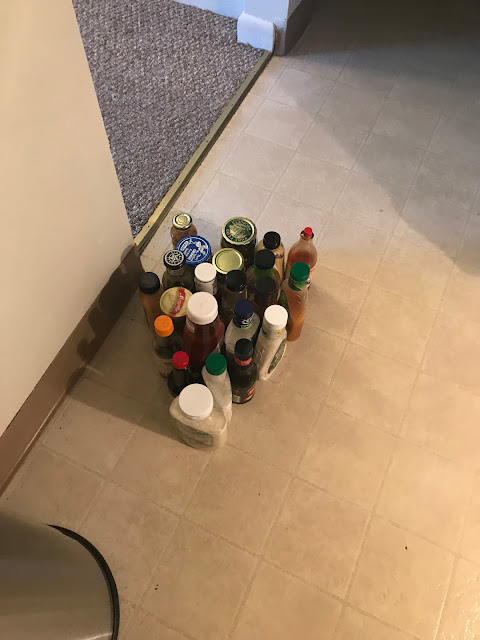 A whole slew of condiments waiting to be thrown away.

After finishing the fridge I decided to also do a quick clean of our pantry. I tossed anything expired and moved some stuff around to make things appear a bit more organized. 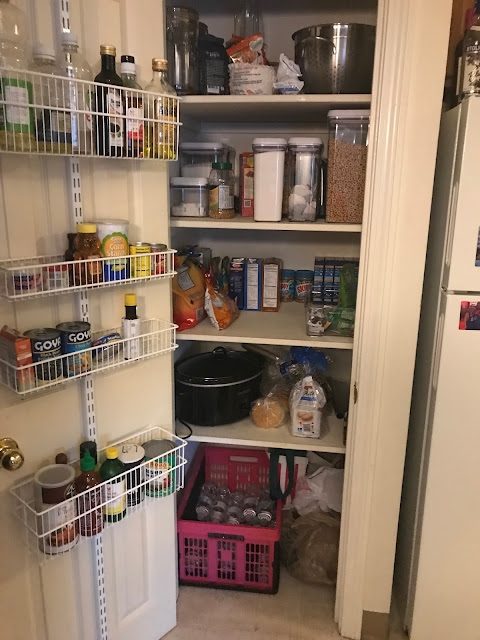 It looks so much better and I'm so glad that I took the time to clean everything out and get organized!

Have you ever had to claim fridge bankruptcy? How much stuff did you lose?

We made the executive decision to not repurchase everything we tossed- we are instead only buying things as we need them. Hopefully this will keep our fridge clean and organized!

Have a great day!