Oh it's so hard to be back at work after having such a lovely staycation last week!

I have quite a bit of vacation time banked at work so I try to take off at least two full weeks a year (along with other random days throughout the year) in order to not lose time. Since we just went to Disney back in September and are trying to save money and be responsible adults we opted to just take a staycation!

Tim's job is seasonal so he has a few months off each winter which is nice for both of us since when I can take time off he's already home and waiting for me!

I thought I'd share a couple of date nights we had while I was off since we had a great time and they are definitely places to visit if you come to Rhode Island! 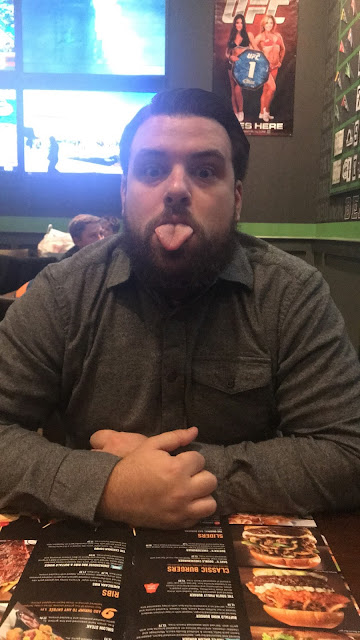 One of our date nights was at Dave and Busters. This is a bar and a huge arcade that is geared towards both adults and kids. Early on in our relationship (almost three years ago!) we went there and had a blast but were both still in the nervous stage so we probably spent more time worrying about embarrassing ourselves then we did actually playing the games. Tim actually commented on how it would be more fun this time because he didn't have to worry about me thinking he was a nerdy gamer. 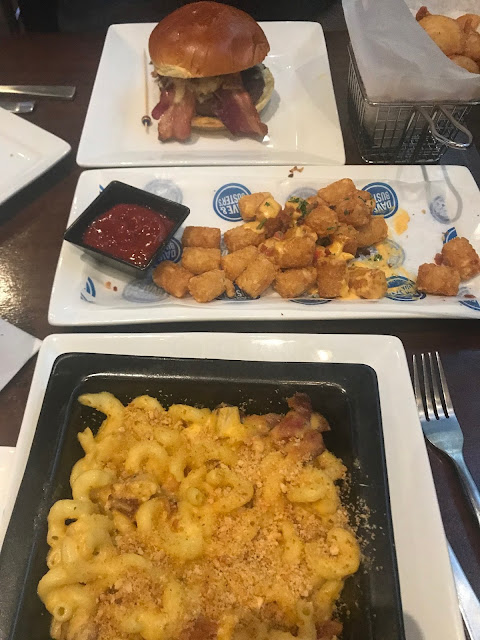 We started with dinner which was pretty good. We ordered tater tots as an appetizer which ended up showing up at the same time as our dinner (a burger for Tim and mac and cheese for me) so the manager came over and apologized and offered us unlimited blue light games (games that don't give out tickets). We weren't even planning on complaining about this they just went above and beyond which was great! We also were given our appetizer for free which was an amazing added bonus.

After we finished eating we headed into the arcade to play a ton of games. 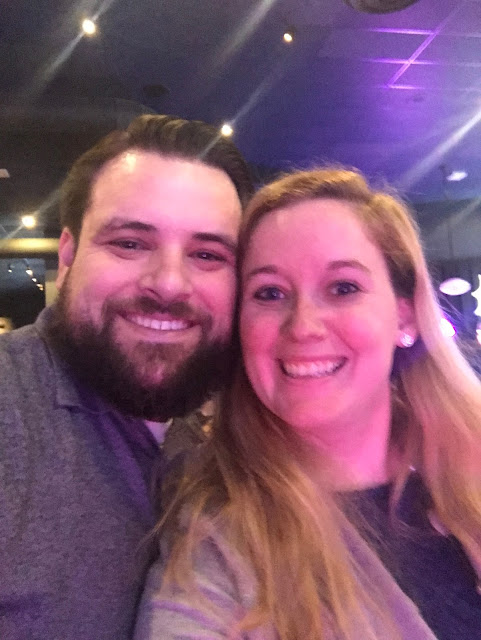 There are traditional games there such as skeeball, basketball, racing games, etc... There are also virtual reality games and casino-like games. I love playing the Deal or No Deal game even though I never win at it. We played a Walking Dead game which was fun and then a Jurassic Park game which was amazing! It was such a fun night roaming around the arcade and the best part is we spent only $25 on a game pass and had hours of fun! (The free blue light games definitely helped with that)

I still had the card with our tickets from the last time we went to Dave and Busters years ago so now we have a ton of tickets waiting to be spent in the gift shop. We decided to hold off getting any of the gimmicky items and will just keep saving for a bigger priced item in the future.


Our second date night took place in South Kingstown at a pizza restaurant. 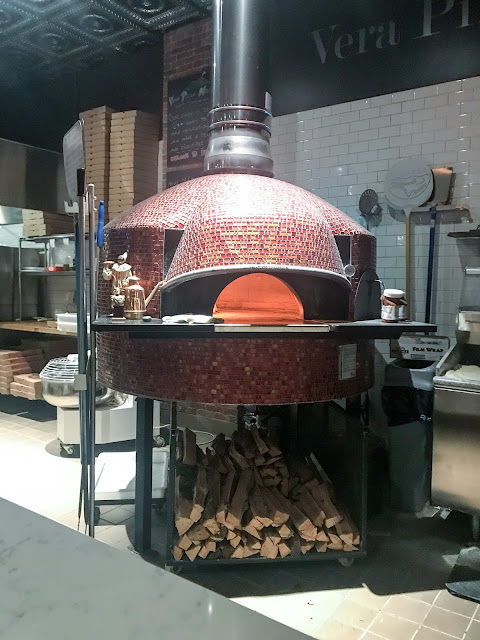 We had heard great things about Pasquales and from the moment we walked in it did not disappoint! The restaurant had a great Italian feel and we chose to sit at the bar where we could watch the wood fire pizzas be cooked right in front of us. Above is the wood fire which cooked pizza in just a few minutes. 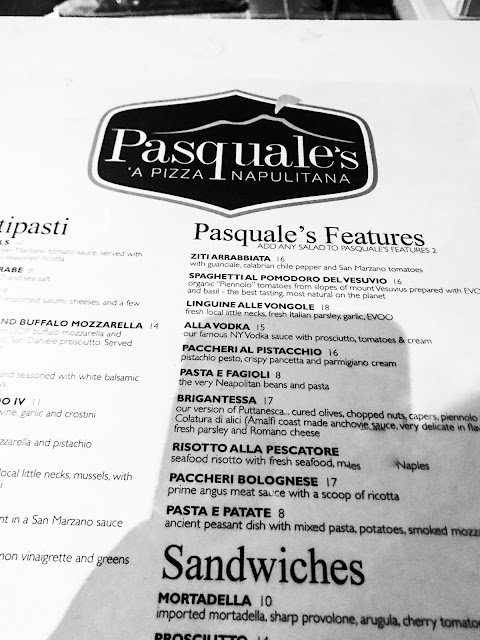 While Tim opted for the Arturo pizza I of course went for the Alla Vodka. 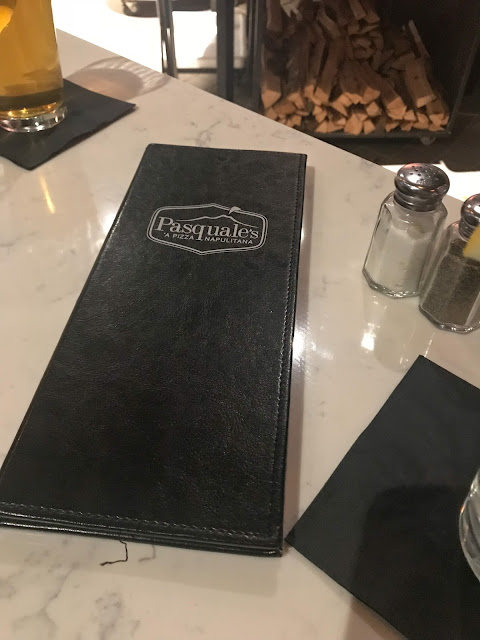 Tim ordered a Whaler's Rise which is a beer from a local brewery that we have visited a few times. 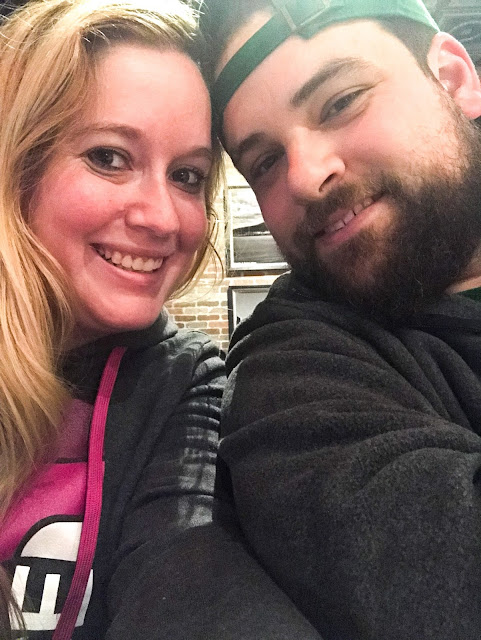 We enjoyed hanging out together and watching everyones food get cooked right in front of us. Soon it was time to eat! 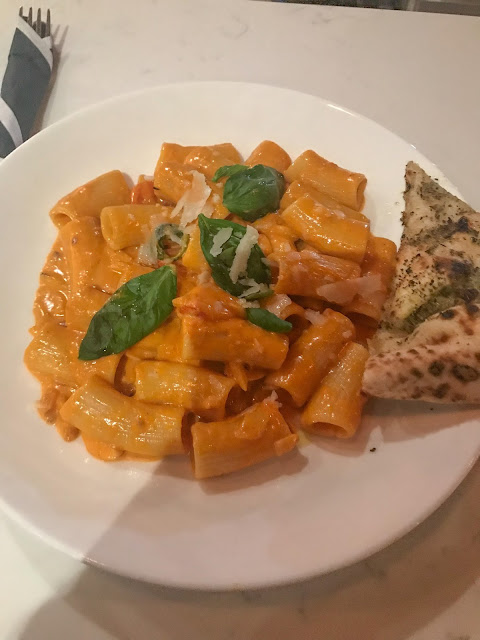 I opted to have no prosciutto on my pasta since I'm not a huge meat person and prefer to just eat all the pasta I can. The vodka sauce was amazing and I would've been happy to eat it out of a jar with a spoon. I commented to Tim that I wanted a jar to take home and eat. 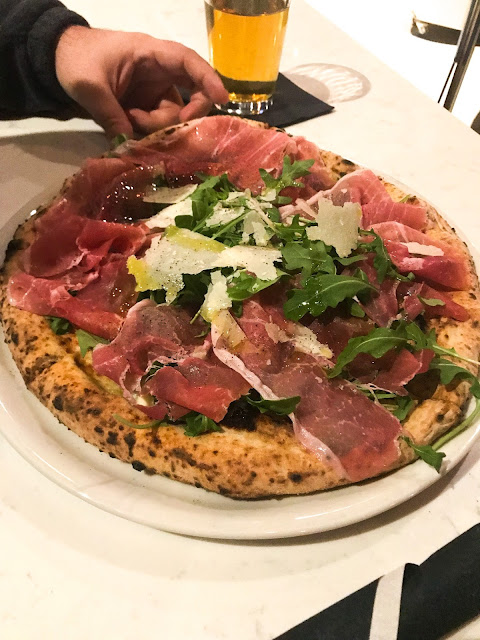 Tim couldn't say enough good things about his pizza. In fact, he asked if I would judge him for licking the plate. I didn't have any of it but I can tell you that it was a thin crust and looked delicious! He also said that he would never eat any other meal out again if we could go there once a week and eat a pizza.

If you are ever in RI definitely head down to South Kingstown for a great meal at Pasquales-it's totally worth it!
Posted by Melissa at 3:00 AM