Monday again?! I'm throwing this post back to a few weeks ago for a recap of our Easter with Tim's family and a family dinner with mine.

Tim stil had to ask the majority of his groomsmen to be in the wedding and Easter was the perfect time to get three of them done!

He found some labels on Etsy and we purchased the label and then were able to customize each one. Here's an example of the one we did for his brother Matt. 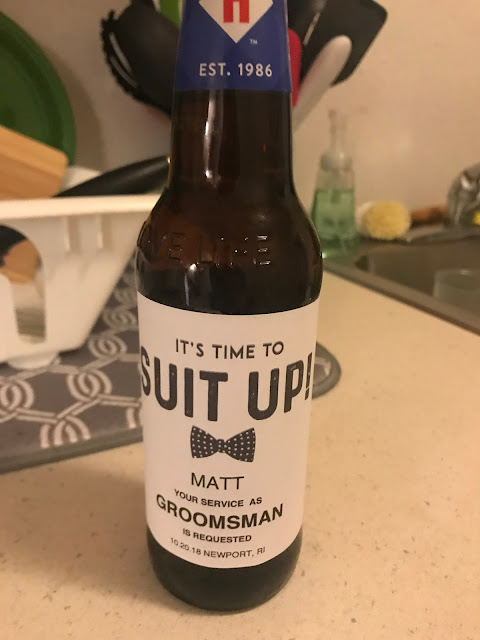 Isn't it cute? I thought it was a great, simple way to ask each of his groomsmen! First up he asked his dad, Jim. 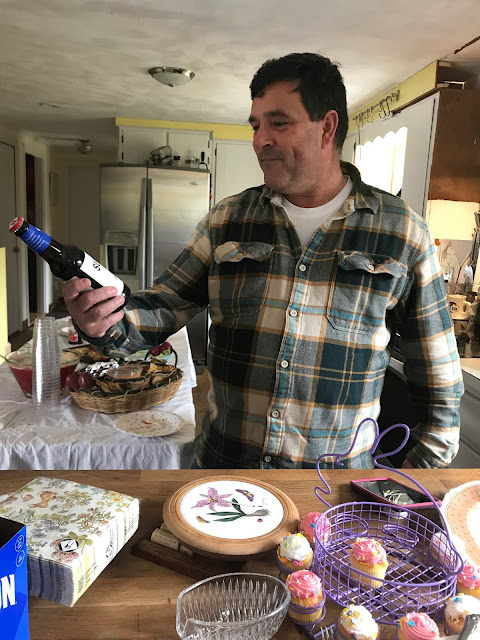 He was very touched by the gesture and of course said yes! 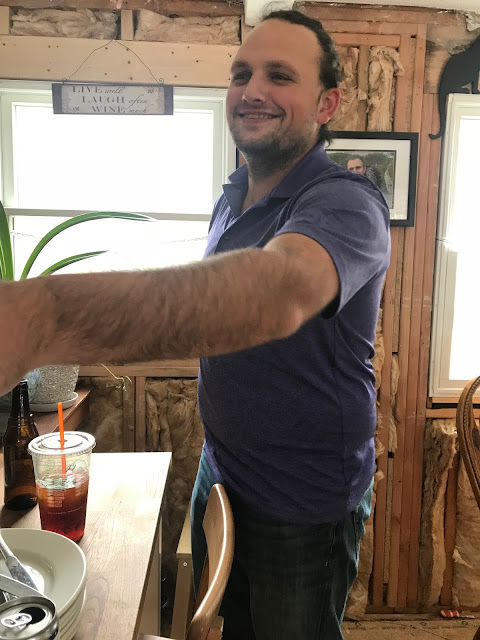 Then he asked his brother Dan who pretended to give the beer back! He was joking however and took  the beer and said of course he would love to be a part of the wedding. 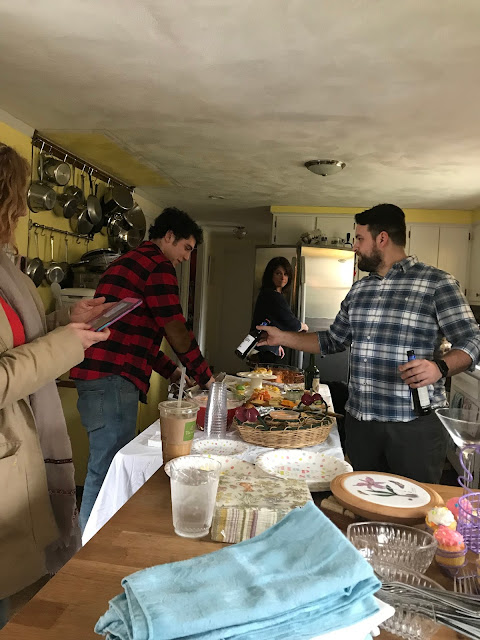 When Matt arrived Tim asked him as well and he was also thrilled to be a part of it. It was so fun to see how each of them reacted when Tim asked them. Now he only had two groomsmen left to ask. 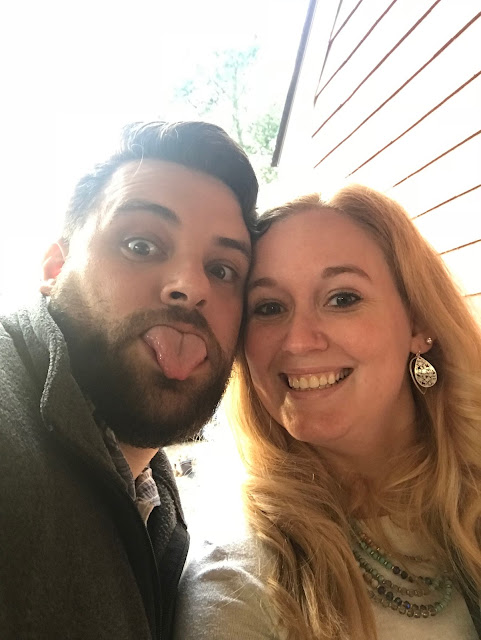 Besides just asking the groomsmen we had a great time with Tim's family. We do an annual nip hunt  which is always a great time. 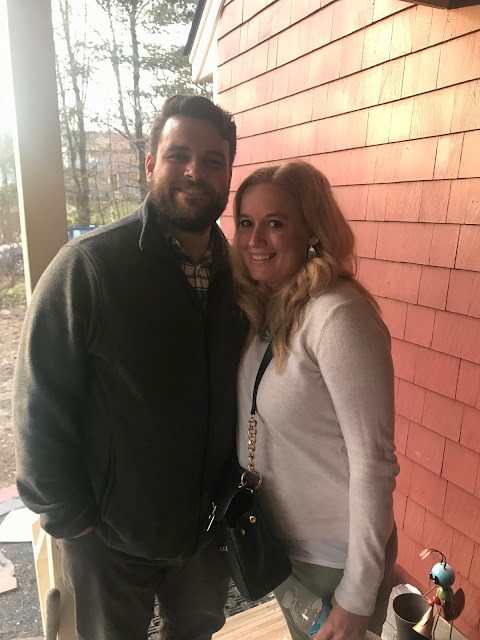 I love when someone offers to take our picture- I always feel weird asking and I hate just having a million selfies! 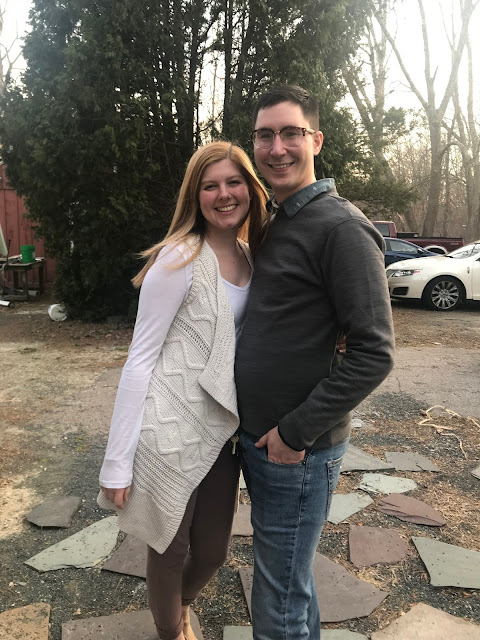 We also love getting a chance to hang out with Ally and Derek- our bridesmaid and best man!

The following Friday we headed to my parents house for a family dinner. My parents have been in Florida for a few months so it was time to all get together for dinner! 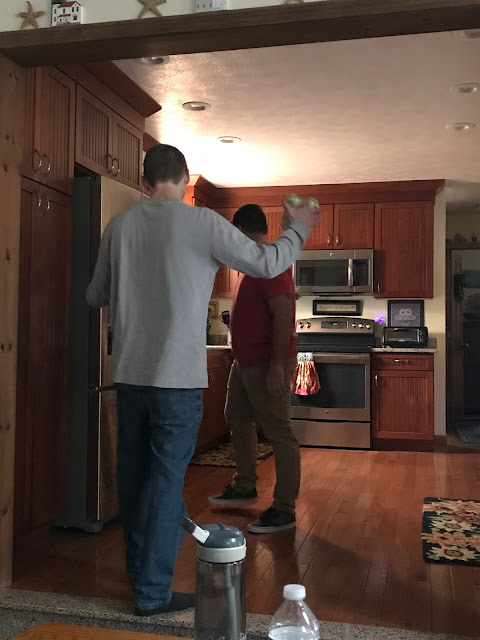 Tim asked my brother Dan to be a groomsman too! 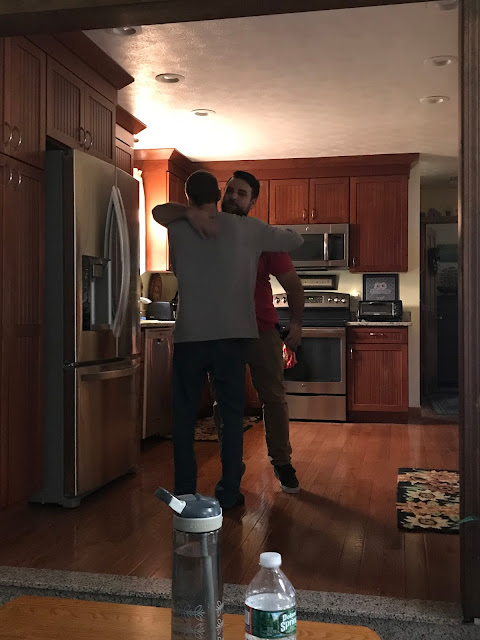 So cute with the man hug! This was 6/7 for asking groomsmen- since Tim asked Fred while they were golfing and I wasn't there to take a picture I will just tell you that he said yes and we officially have a complete bridal party! 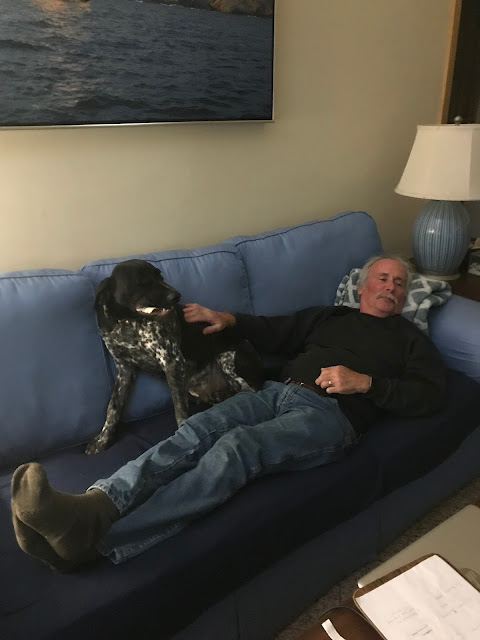 Also look how spoiled Kai is- up on the couch with my dad chewing on a bone!

Have a great day everybody!
Posted by Melissa at 3:00 AM