While staying in Amagansett for Megan's Bachelorette weekend we spent quite a bit of time in neighboring Montauk visiting various restaurants, bars and breweries.

I wanted to share my thoughts on them with you so if you are visiting the area you will know what to expect!

First of all this is most of the ladies from this trip and we traveled in a pack of 15 throughout our meals and pub crawl: 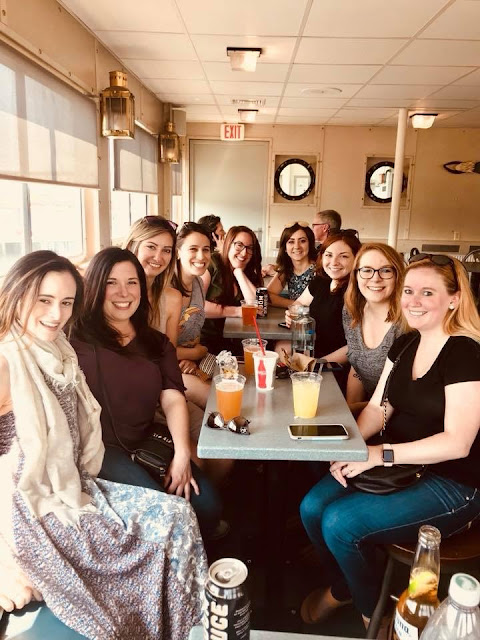 I'm sure we were slightly overwhelming to each place we entered since it was such a large group however if we were going somewhere to eat we did call ahead and/or make reservations so we could be guaranteed service. 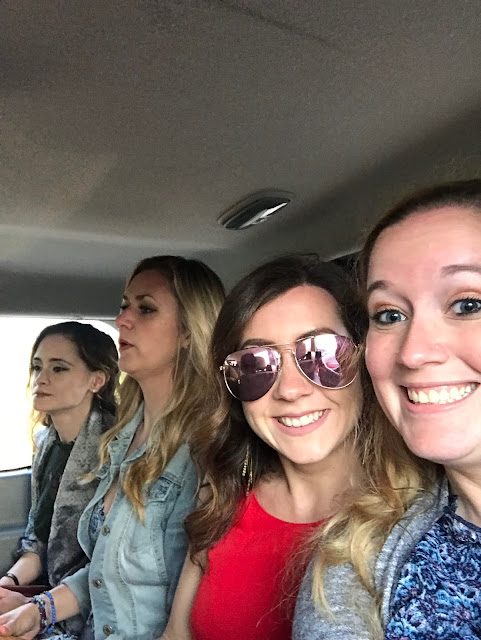 Kelsey (pictured above next to me) was not only the maid of honor and sister of the bride but also the architect of the weekend itinerary. She did a fabulous job at planning everything out and my thoughts on the places we went are no way a reflection on the job she did! I'm also not a professional when it comes to food and drink so take my opinions with a grain of salt- I just share to hopefully be helpful to someone somewhere! (And because I like to remember places I've been and things I've done!)

Our Saturday night dinner was the first meal we ate in Montauk. 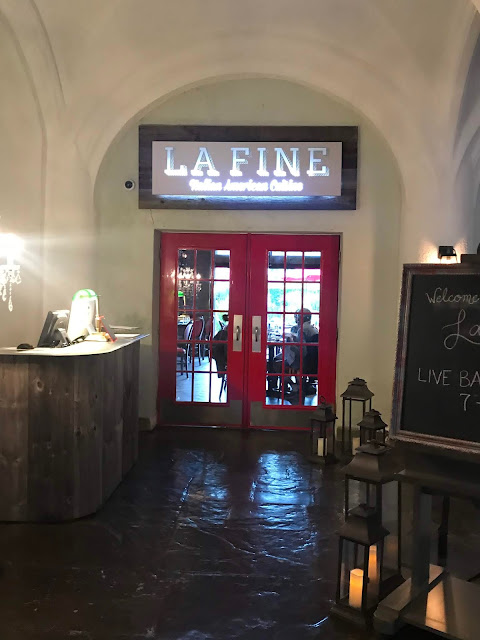 La Fine is a restaurant located in Montauk Manor. The atmosphere was definitely fancy and the hotel looked amazing with its old decor and rustic feel.

When we arrived one of the friendly waitresses let us know that there was a beautiful view around the back of the hotel and offered to take a picture of our entire group which was so sweet. 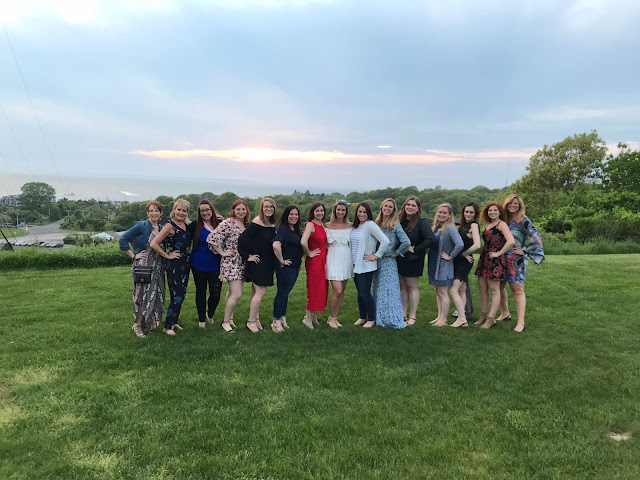 The view was gorgeous and it made for a great photoshoot! We headed back towards the restaurant where couches and tables were set up outside. We ordered a round of drinks and settled in to hang out before dinner. This is when the first issue popped up... I ordered a Malibu and pineapple juice and received a glass of rum- not even Malibu rum just regular clear rum. Ellen ordered a gin and tonic and received a glass of gin. Kelly ordered a vodka soda and received a glass of vodka. Very strange...we each got our drinks slightly straightened out and then headed inside for dinner. 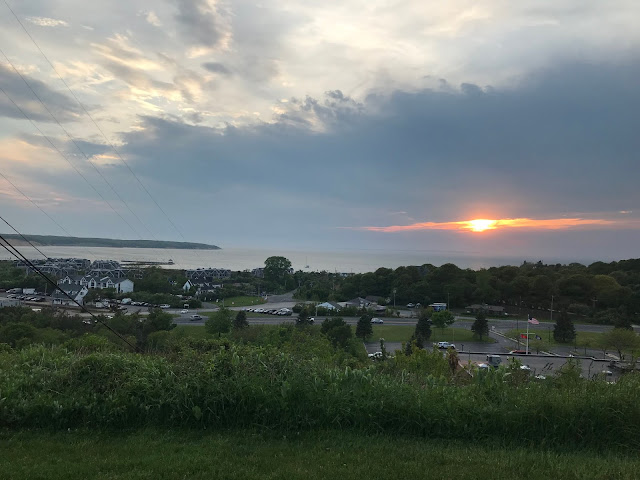 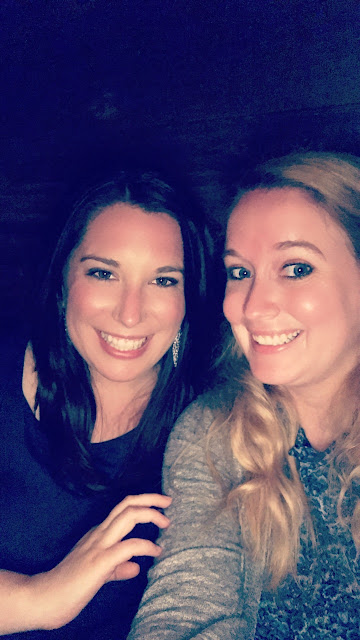 La Fine is an Italian American restaurant so I was ready for it to be right up my ally. I love pasta so I knew I wanted to order the penne alla vodka from my first glance at the menu. I thought it was fine but not anything amazing. I also heard similar comments about other food that was eaten at this meal. Two people had the baked ziti and one was still frozen in the center. We had two waitresses and they were both very sweet but kept forgetting to bring things we asked for. It was definitely an interesting dinner and I don't think any of us would ever return to this restaurant in the future. 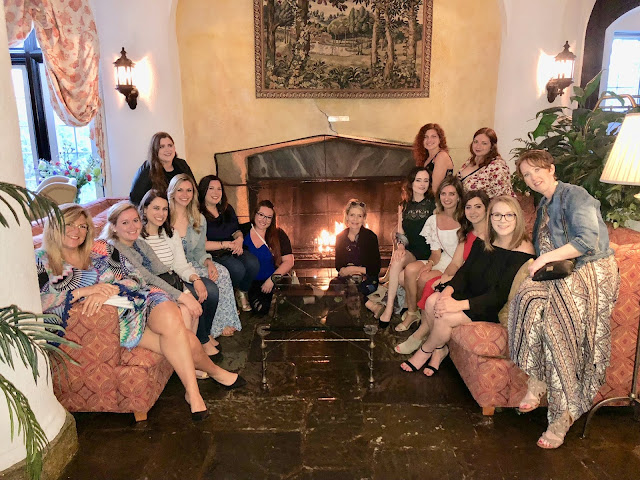 Here we all are in the hotel lobby right outside of La Fine before dinner.

On Sunday we started with lunch at Gosman's Clam Bar. I am not a seafood lover so I was nervous about what I would eat but ended up ordering macaroni and cheese and a plate of French fries. 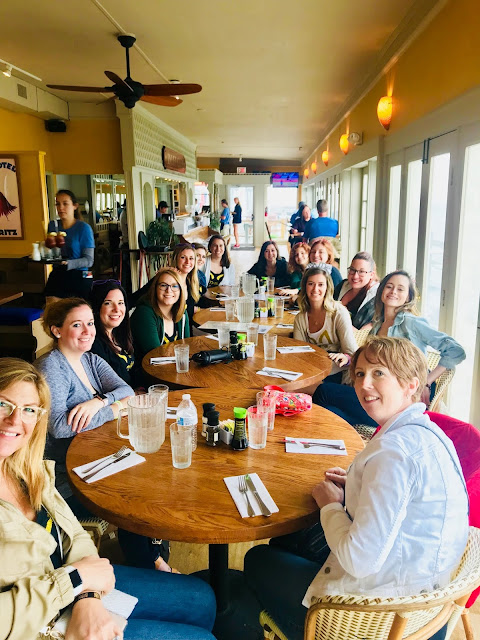 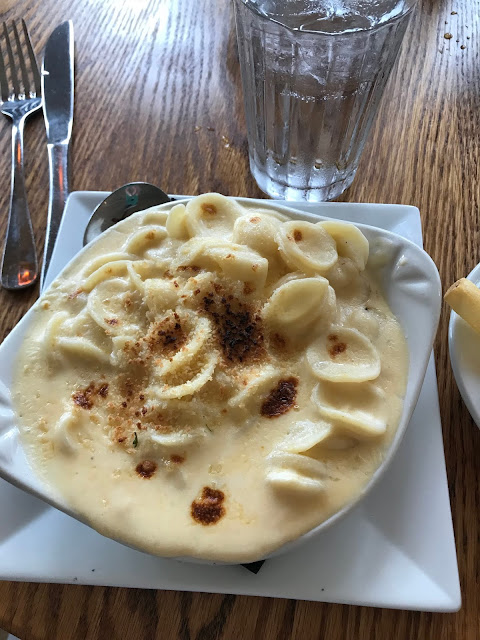 My mac and cheese was amazing! I ended up dipping my French fries in the sauce and it was amazing. I heard great reviews from everyone else about their food as well. The atmosphere was awesome as we were right on the water and the service was amazing. We had low expectations after the previous night but we truly did have an awesome time.

After filling our stomachs we headed off on our bar crawl. 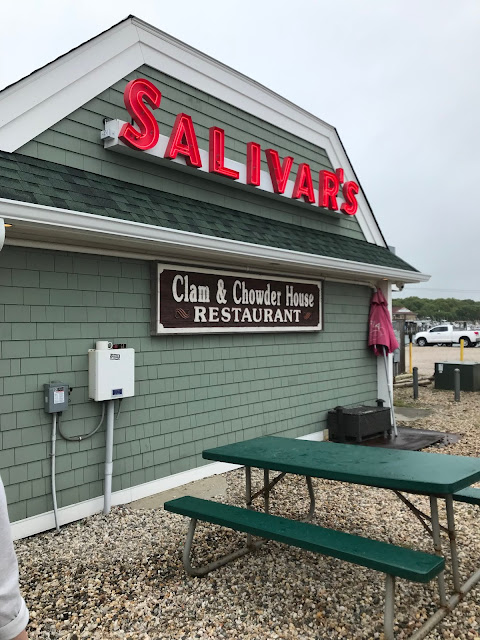 The first bar we went into was Salivars. This bar/restaurant had a beach bar feel with all the fish hanging from the ceiling. The bartenders were all efficient and helpful and our drinks were great. The only downside was the small bar and lack of area to stand. They were moving around tables in the bar area which were only available if you were eating and I constantly felt in the way. 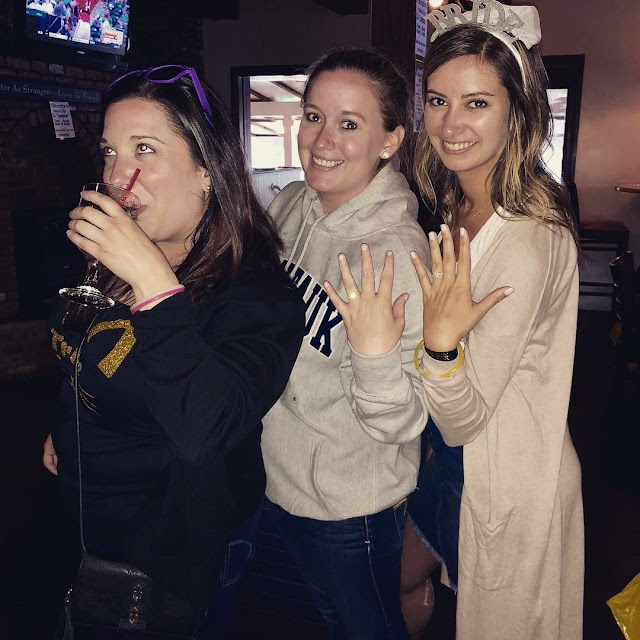 Our next stop was O'Murphy's which is the local Irish pub. It was what you would typically expect an Irish bar to be. There was plenty of room for us to hang out in, my drink was great (Montauk Sunrise) however the bartenders were a little rude. I'm sure they were a little overwhelmed with us as well!

Our third stop was a totally different vibe. The Liar's Saloon is definitely the local fisherman hangout and I think they were less than impressed when we rolled in! It was a small one room bar with very little seating or areas to hang out in. We only stayed for one drink and I didn't even have one. 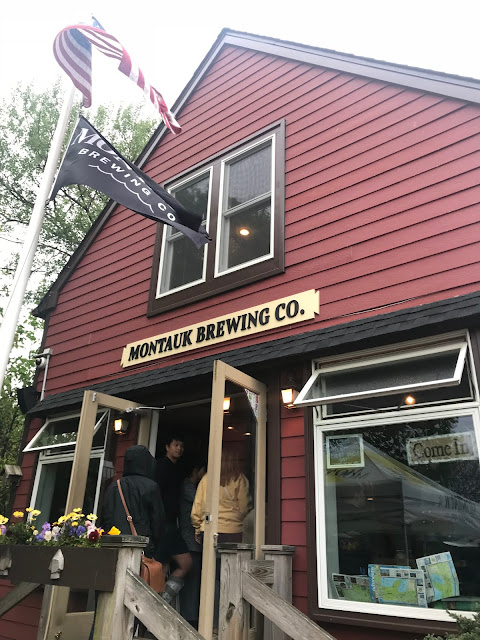 Our fourth stop was the Montauk Brewing Company. As you may know if you read the blog regularly I don't like the taste of beer but I think visiting different breweries is a fun activity! This building was super cute and everyone had great things to say about their beers. I know this would be a place Tim would enjoy and would definitely bring him back to in the future. 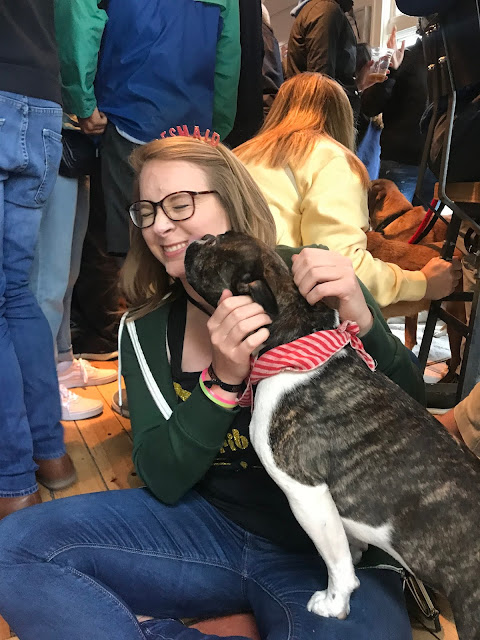 Also, any place that allows dogs in is okay with me! Becca was in love with this puppy :)

Next up was Shagwong which was an old school bar with live music. This bar had plenty of room for us to hang out together and the drinks were made very well. This was one of my favorite stops along the way because it was a laid back atmosphere and you didn't have to yell to be heard.

Finally we went to The Point Bar and Grill which was also one of my favorite stops. This was a sports bar that we had our final drinks of the night. This bar was huge with plenty of seating, tvs to watch any sports you wanted (tough for a New England fan in NY though...) and our drinks and service was great!

We had a great time during all of our meals and our bar crawl and we definitely were able to see a great deal of Montauk!