I just realized I never shared the photos from our suit shopping excursion! I am still getting a lot done with wedding planning it's just not as rapid fire as it was during the beginning of the process. Since we have all of our vendors selected and most of our stuff is picked out we are just slowly paying off our balances and purchasing smaller items.

It's also getting hard because there are certain things I don't want to share until after our wedding is over! I'm sure all brides understand that struggle!

One day a few months ago we headed to Newport to Jos A Bank and spoke to an amazing associate named Jack who helped us get everything situated for Tim's suit and the suits of all the groomsmen. 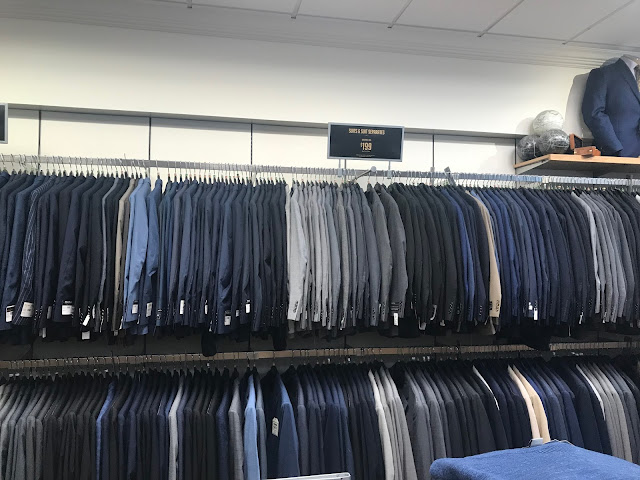 Tim had decided he wanted to wear gray and he was thinking a darker gray but we still had a lot to decide. He was thinking he wanted to buy his suit but wasn't sure what to do about his groomsmen. We went back and forth whether renting or buying would be a better solution. We really didn't want to burden the groomsmen with a huge cost but we also wanted to make sure they were spending their money wisely. 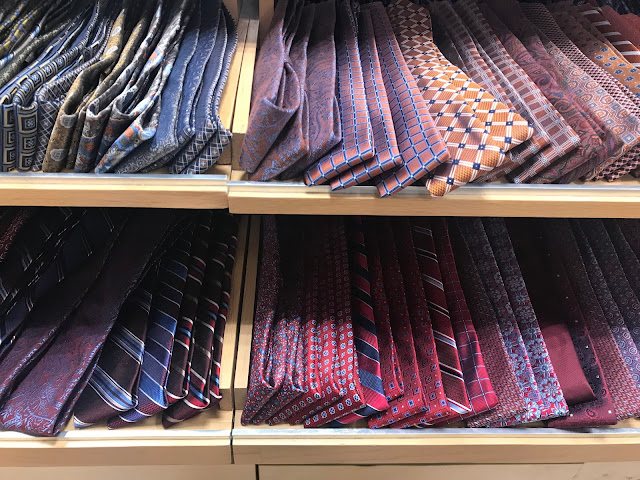 There were so many different ties! Since the bridesmaids are wearing blue we started looking at different ties and decided that one of the gifts we will give to the groomsmen will be ties they can keep. 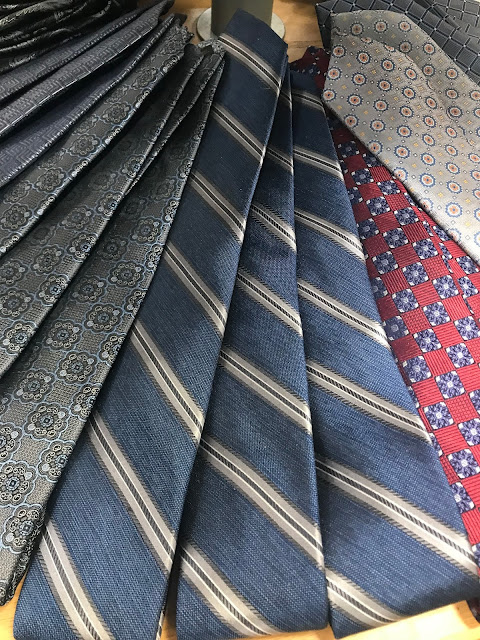 There were a ton of options, plus we were trying to decide if Tim's tie should be different or the same as the other guys! 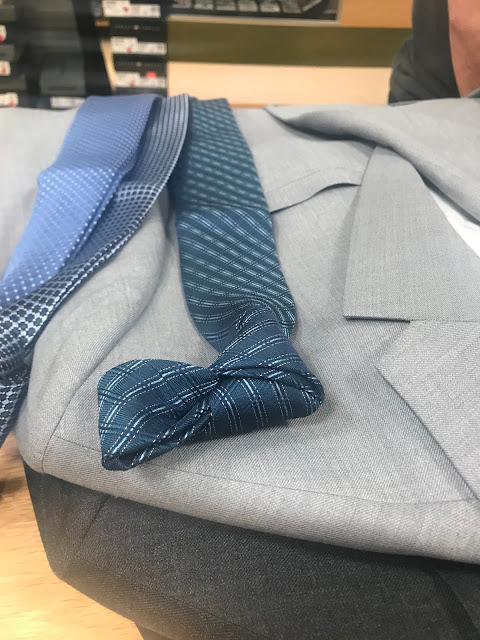 We ended up deciding that Tim will have a custom suit made for him. He can wear it in the future for other weddings and events so why not?! His suit will be a dark gray. 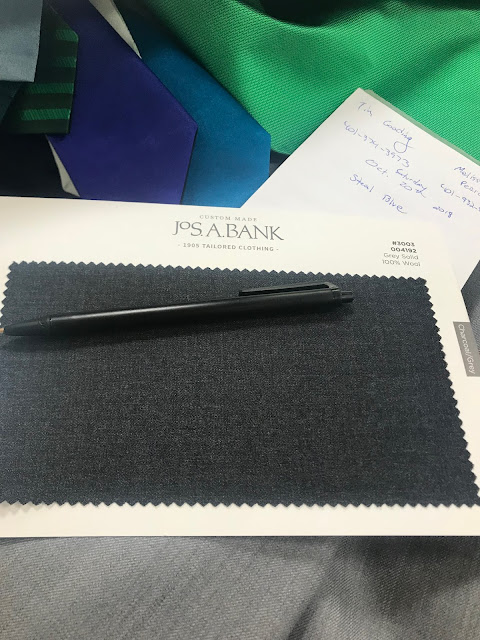 Similar to the color in the swatch above. 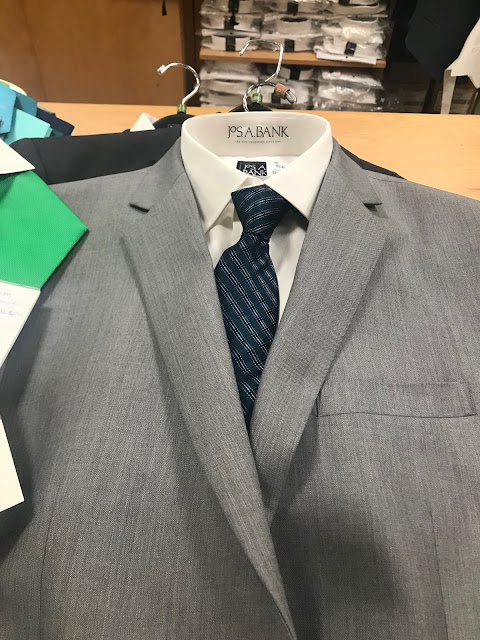 The groomsmen will be renting their suits. They will wear light gray suits with a white shirt and a tie we will provide (but similar to the coloring above). I am VERY against vests- I think they are so ugly and I hate when guys take off their jackets and just have the vest on I just don't think it's attractive at all so they will not be wearing vests for our wedding! (Perks of being the bride!) 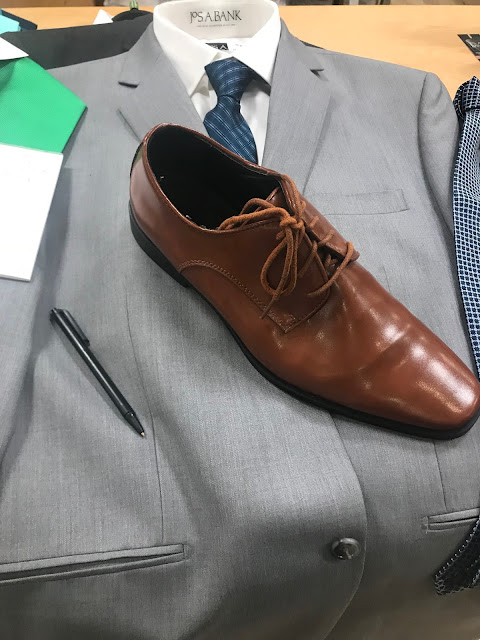 Tim picked out a brown shoe which Jack said went nicely and we were all set! 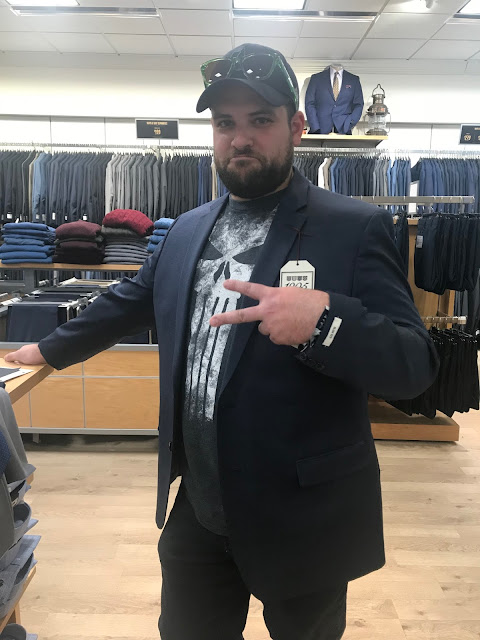 Now Tim just needs to go fitted for his custom suit. He will be heading to get that done in the next month or so. Almost all of the groomsmen have gone to get fitted as well so we are pretty much all set!

Did your groom buy or rent his suit?
Posted by Melissa at 2:00 AM