Today we're back up a little bit to talk about our Labor Day Weekend Trip to New Hampshire! A total last minute decision but so much fun! Derek and Ally invited Tim and I to join them in Manchester New Hampshire and although we only spent two days there we ended up doing quite a bit and I thought I would share. 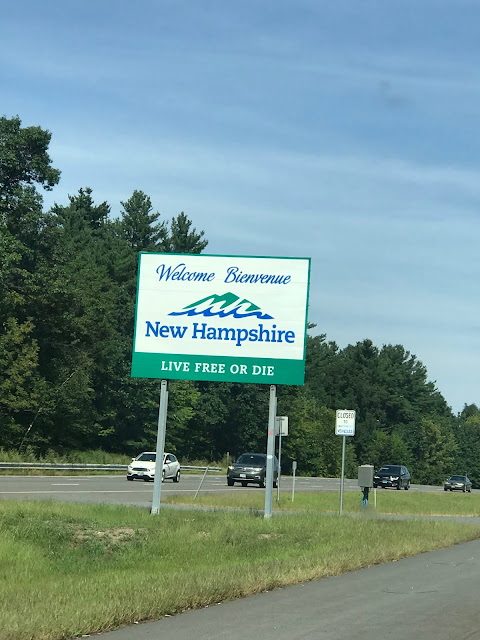 Tim and I arrived in New Hampshire just before lunch on Sunday and met up with Derek and Ally at the hotel they were staying at. They asked us what we wanted to do and of course, being indecisive we didn't really care we just wanted to have fun! They mentioned a winery and distillery that they had passed the day before and we decided that would be perfect. 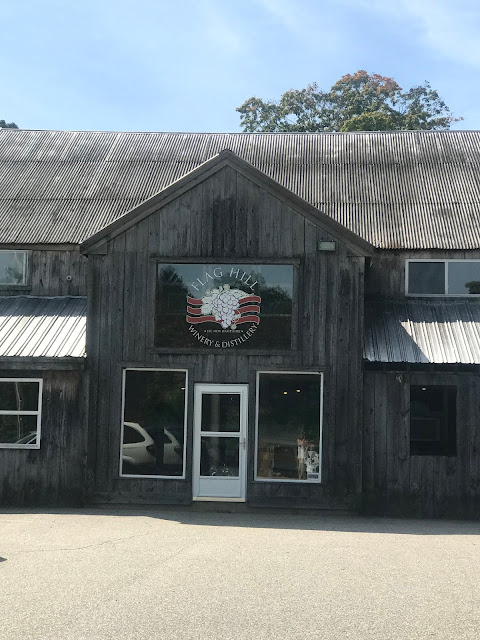 Flag Hill Winery and Distillery had a tasting room as well as a ton of wines and spirits to buy. We looked around and then headed over to the bar to do a tasting. 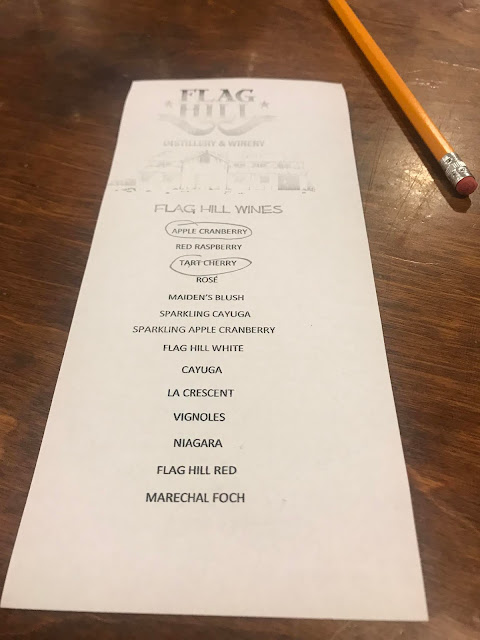 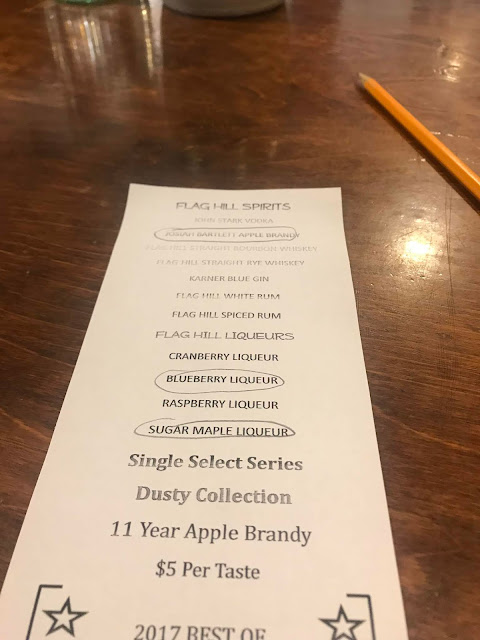 You can see the items I picked and it was cool to try so many new things. I now know how beer lovers feel at breweries. My favorite actually turned out to be something I didn't pick but the bartender had us try. Their rosé was absolutely amazing and I ended up buying a bottle to take home. I also picked up a bottle of the sugar maple liqueur which we are going to try to make fun fall drinks with. Tim picked up a bottle of the 11 year apple brandy for him and the groomsmen to drink before the wedding. We all left with bottles of new drinks and decided to head to lunch at... 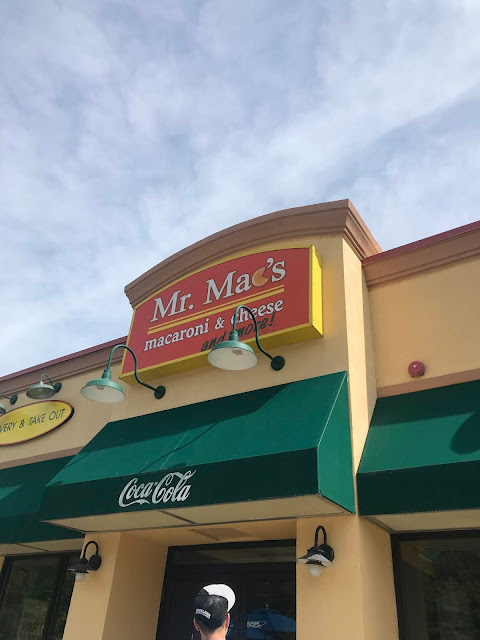 Mr Mac's Macaroni and Cheese! This is apparently a chain restaurant but we don't have them in Rhode Island so it was certainly a treat! 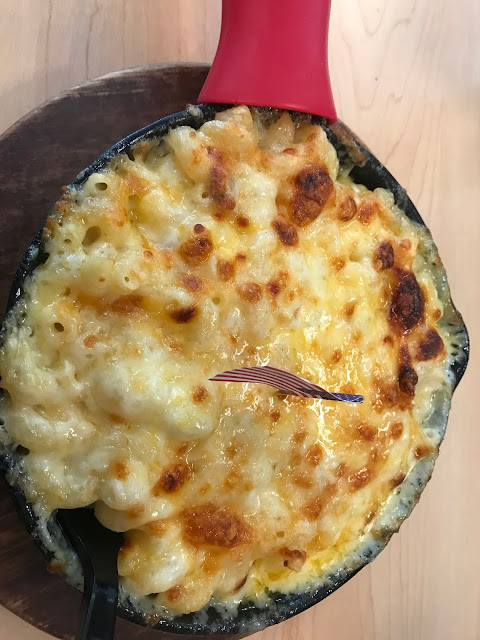 As you know I love macaroni and cheese but I have to say I prefer my Kraft to this. It wasn't terrible, just not the best mac and cheese I've ever had.

One of our afternoon activities was going to a bar called Boards and Brews. 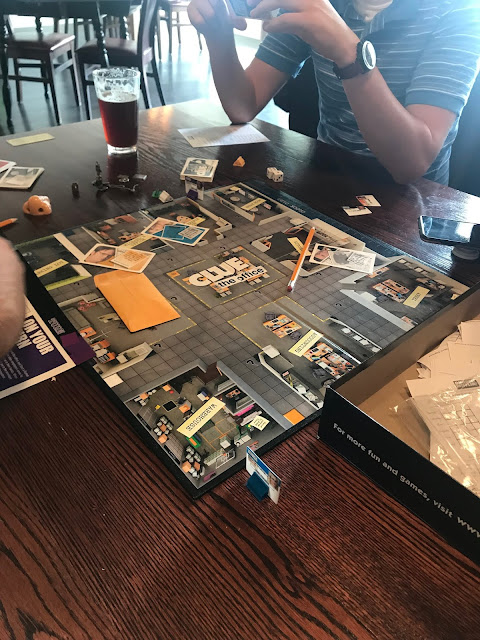 They have over 1200 board games and for a $5 admission you can stay and play as many as you want! They have drinks and food and tons of big tables to set up games.  The first game we played was The Office Clue which I won with my awesome detective skills. 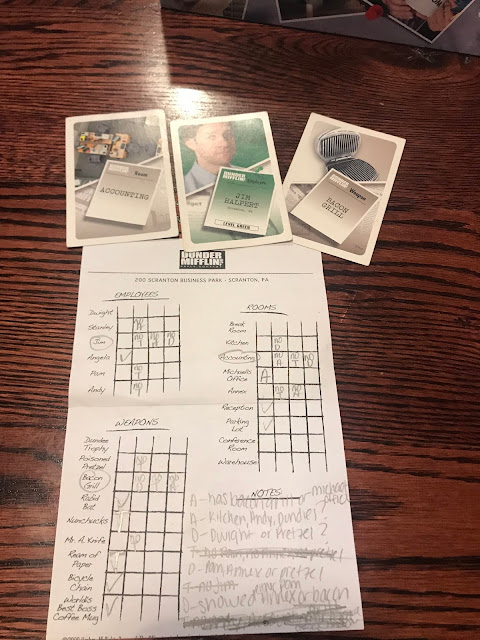 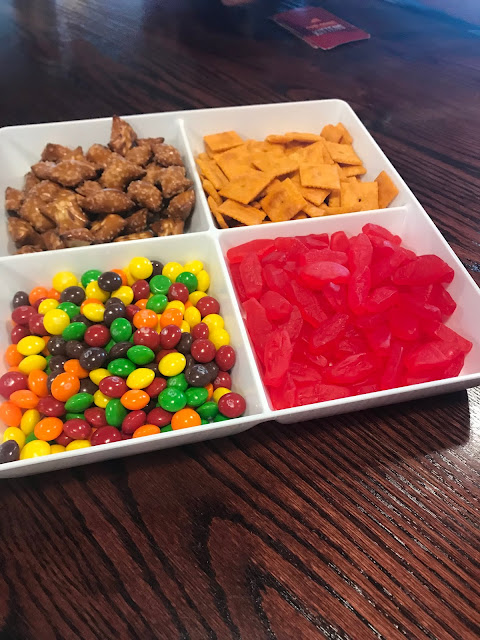 For a snack while there we ordered a "Connect 4" where you could pick four snack foods. It was such a cute idea and fit in well with the theme they had going. 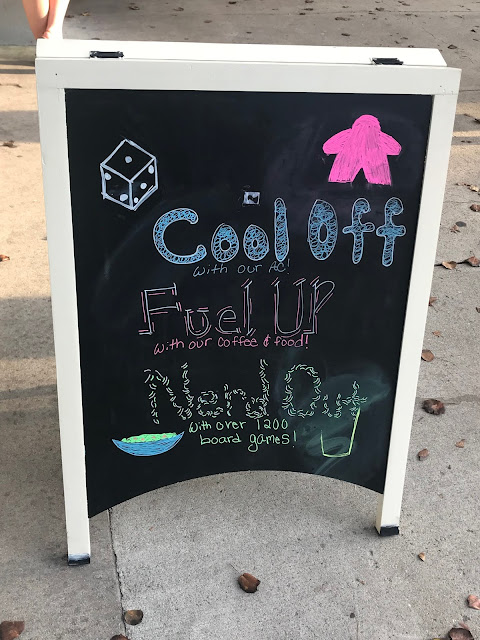 It was just such a cute idea and I really think we need one of these in Rhode Island. We were able to play some old favorite games like Yahtzee and learn about a new game Exploding Kittens which Tim and I now want to own. I can't stop raving about it to everyone since we went. If you are in the area definitely check it out! 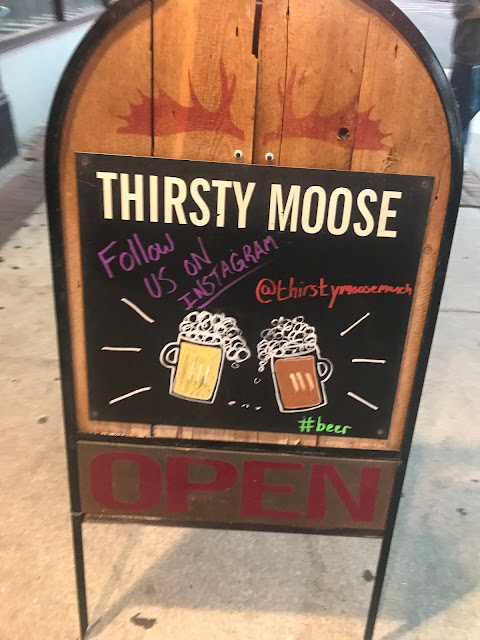 For dinner we went to The Thirsty Moose and I forgot to take a picture but my French dip sandwich was fantastic! I would definitely go back again and everyone seemed to enjoy their meals!

We headed back to the hotel room and called it an early night since we had some things we wanted to do the next morning! 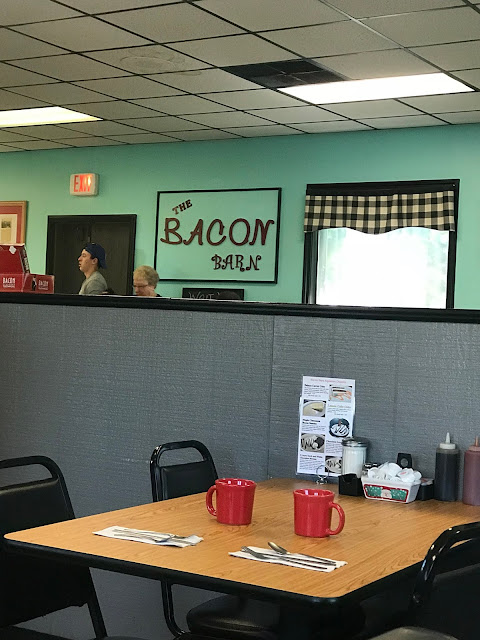 For breakfast we ate at The Bacon Barn and my omelet and homefries were great. We all had delicious meals and it is certainly another restaurant I'd return to in the future. 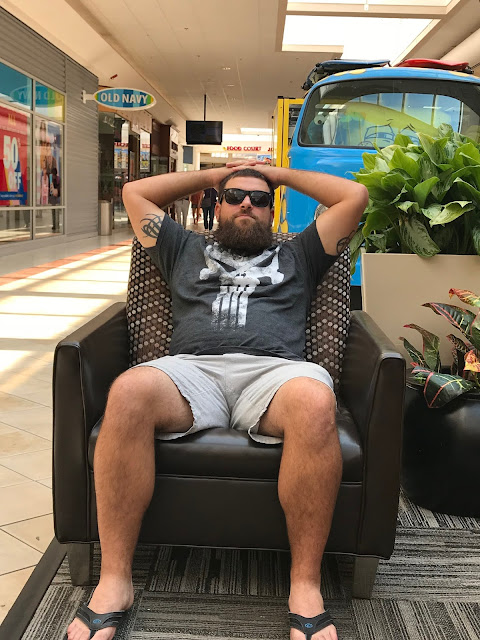 We spent part of the day at the Mall of New Hampshire shopping and hanging out. I was able to buy a few new items for fall and then we headed home.