Wow I feel like a huge bum for not getting a post to you guys on Monday AND being late today. To be honest I have no excuse except laziness. Lets blame the summer vibes going on around here!

Today I'm going to share what's been going on around here lately.

A few weeks ago Tim and I visited my brother for the first time at his house. (Well technically I had been once but Tim had never seen his house) He is living on a waterfront property right now which is great for him and his dog Kai since Kai can run right down to the pond to cool off anytime he needs to. 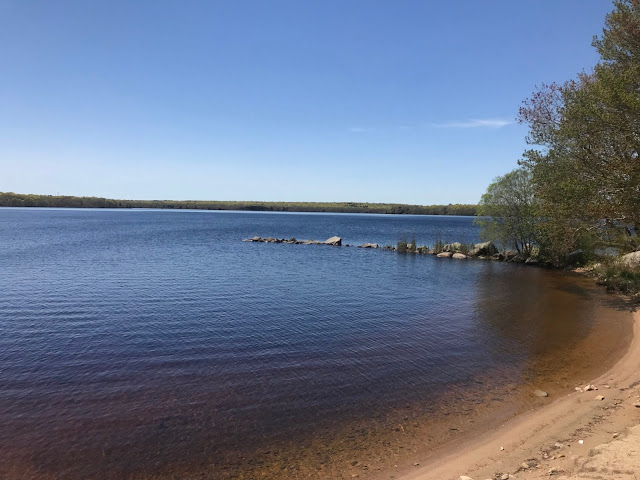 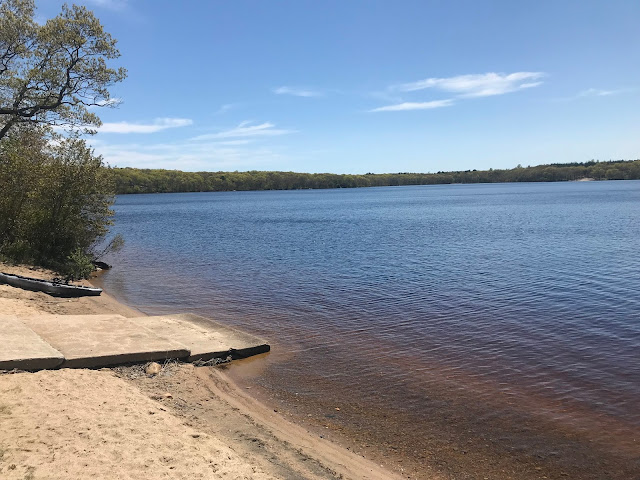 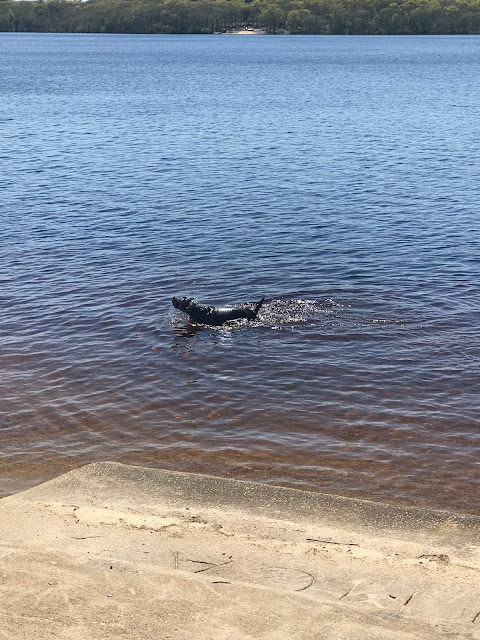 Kai likes to dive for freshwater mussels which he can't eat but enjoys hunting them down! 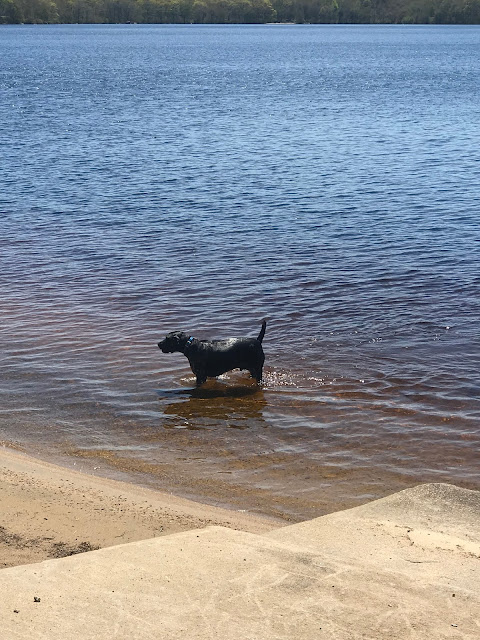 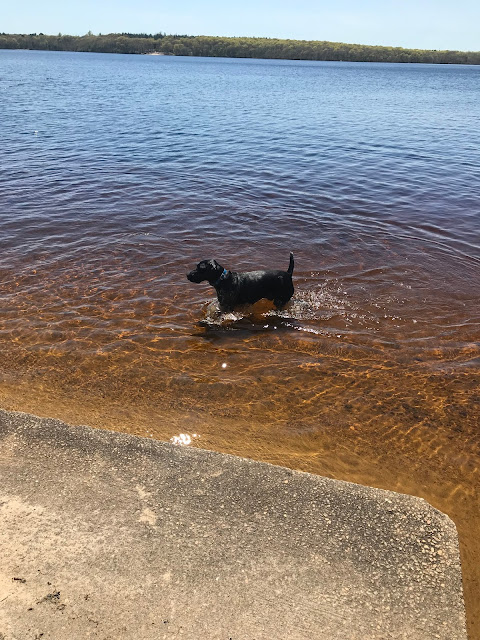 This dog has so much energy, he's totally crazy. 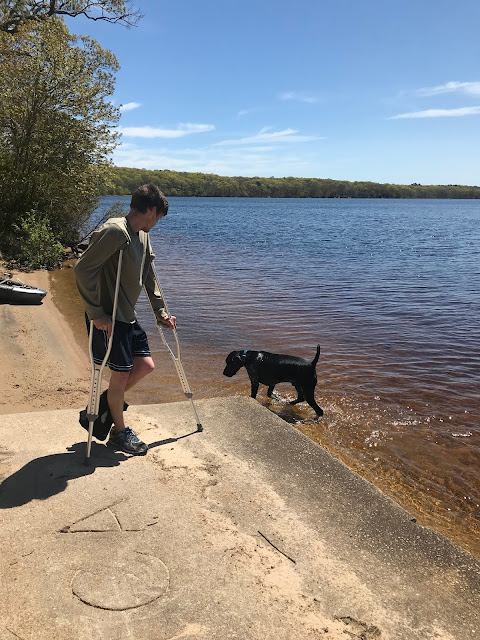 As you can see my brother is on crutches due to a bad motorcycle accident where he suffered from very severe road rash. Take this as a reminder to always wear your helmet! I'm so glad he was wearing his because it could've been a lot worse.

After visiting Dan we headed to CT to visit Rachel for her birthday! The only pictures I took were the following pictures of Tilly attacking Uncle Tim. 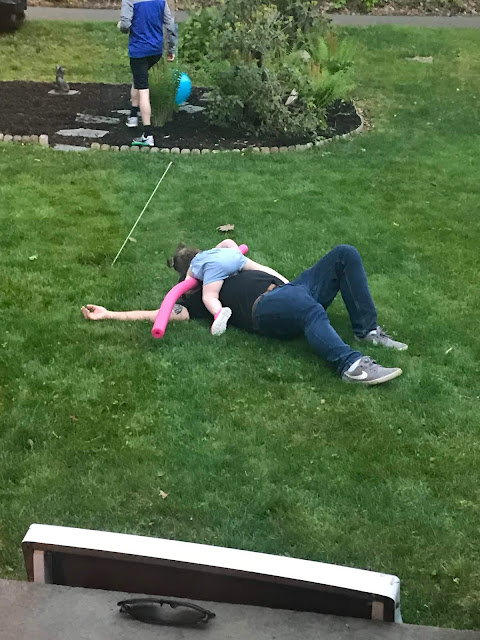 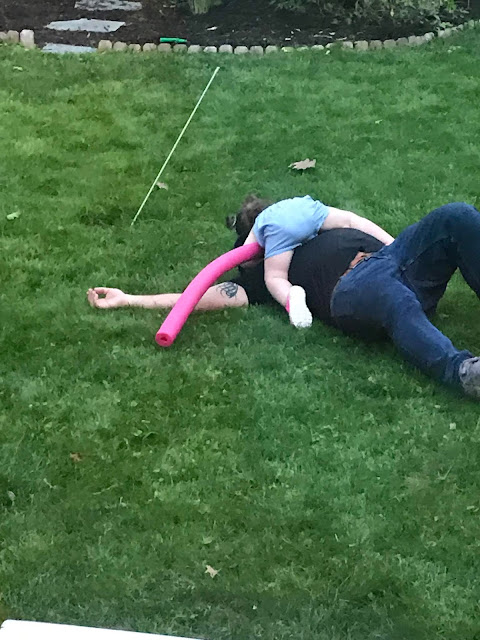 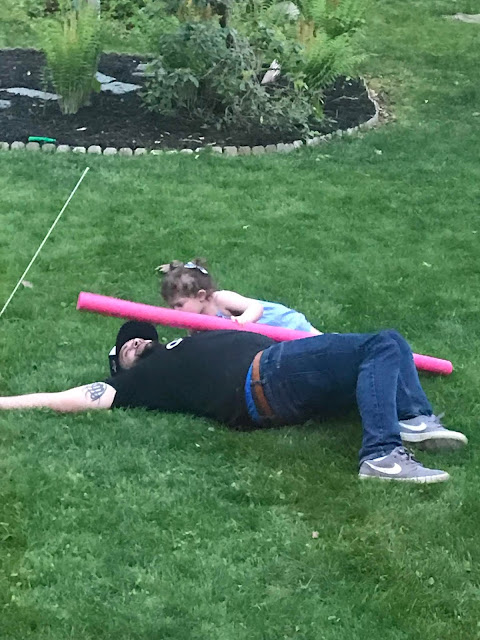 She helped him up though! 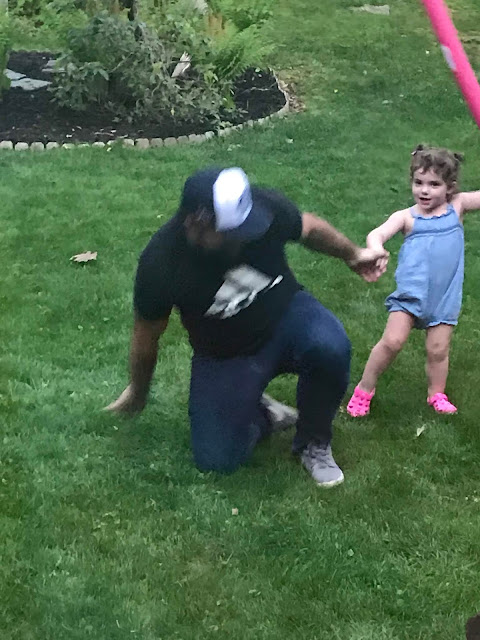 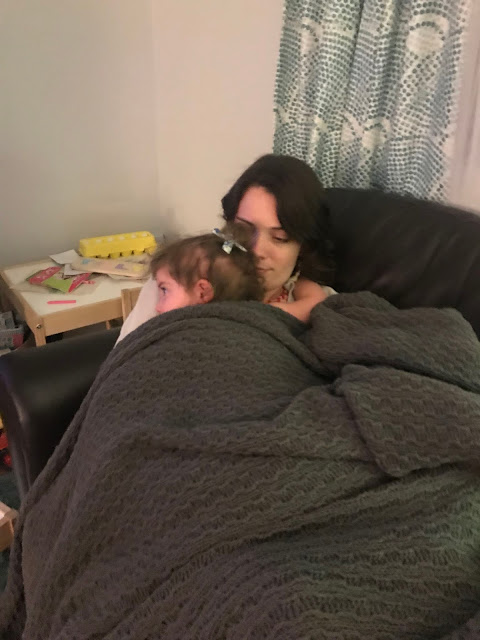 The birthday girl and her little girl cuddling and watching Tangled!

Memorial Day Weekend was pretty busy for us. I helped my mom mulch her gardens which gave me some nice mother daughter time and also gave me the chance to work outside. Living in an apartment is tough during the warmer months! 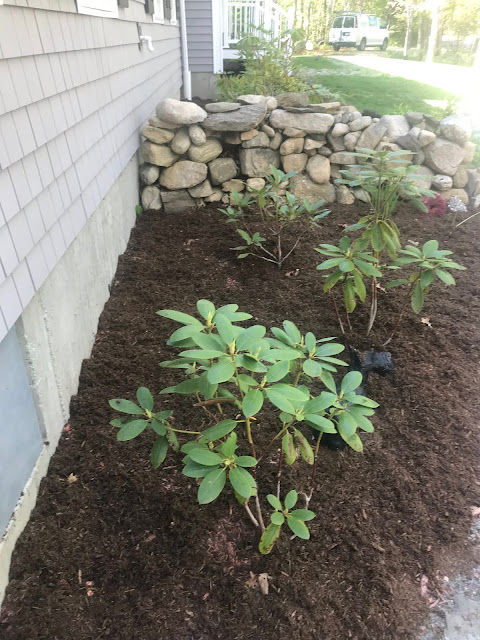 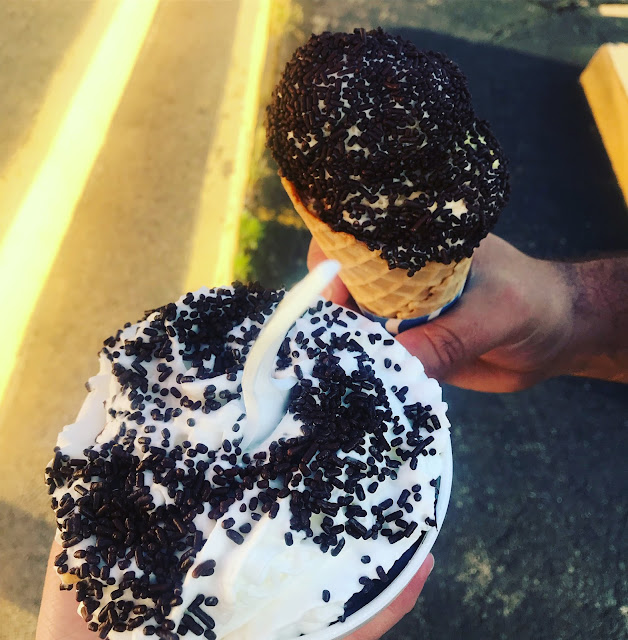 It's also ice cream season! We love going out for ice cream.

For the Memorial Day party we attended I decided to use Daenerys as inspiration for my hair... 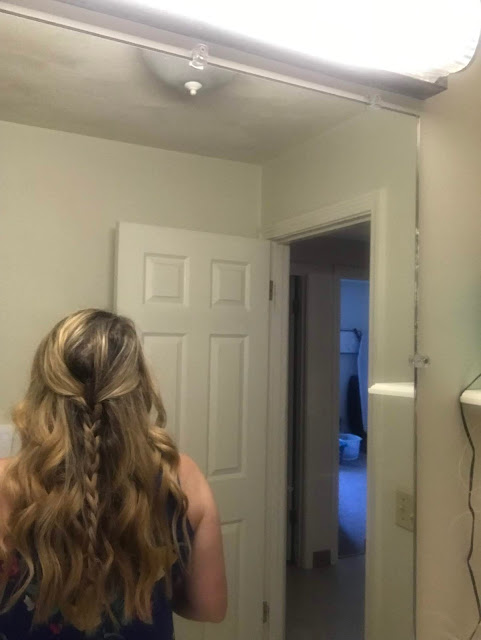 Tim made some buffalo chicken dip for the party and it was delicious. 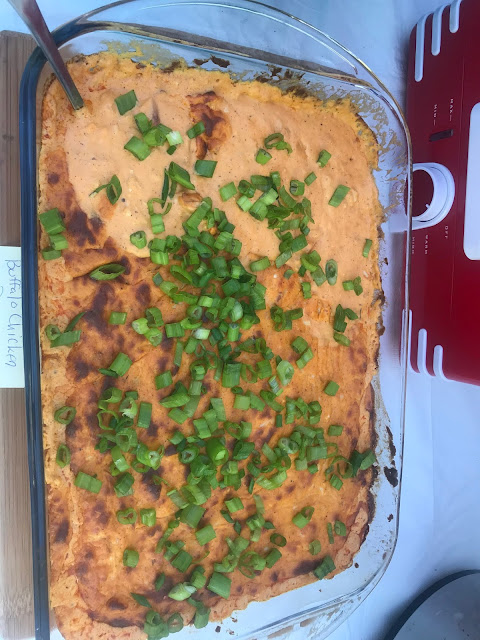 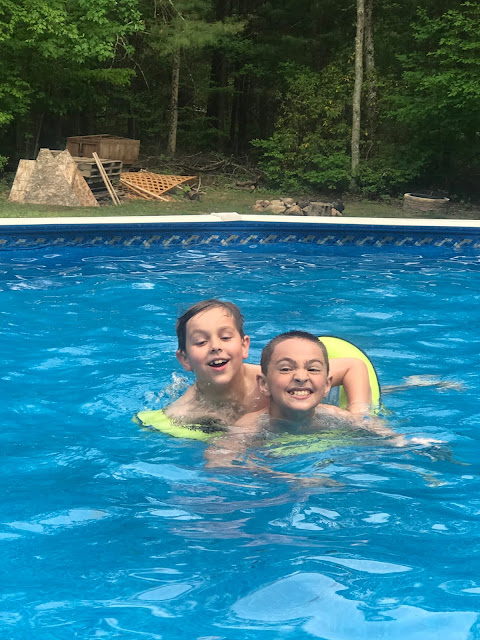 Our favorite nephews were there! They were the only ones brave enough to get in the pool!

This past weekend while Tim golfed with Stephen I got to hang out with Brittni, Emma and Parker! 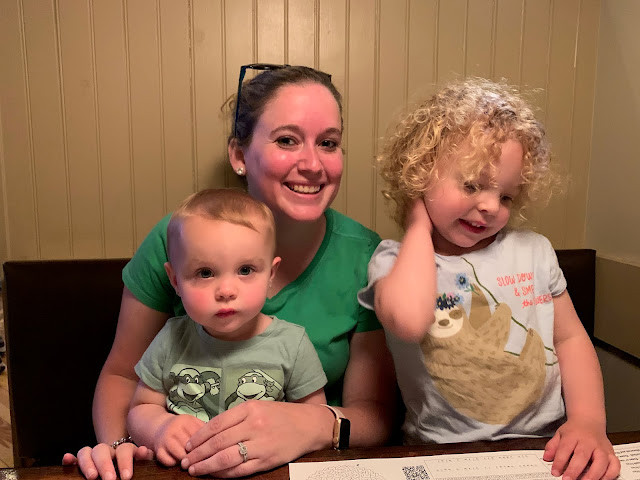 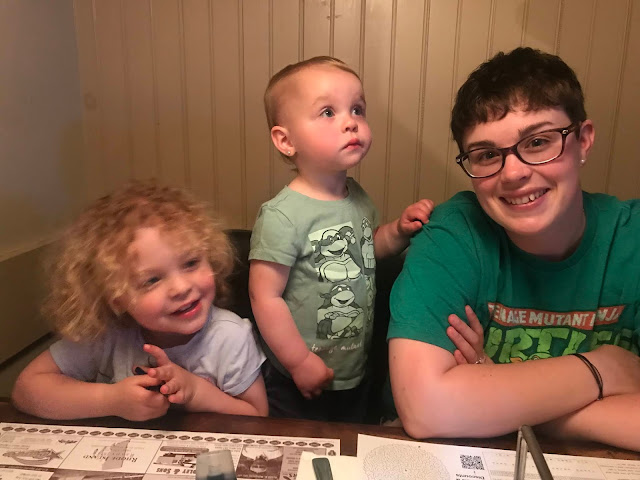 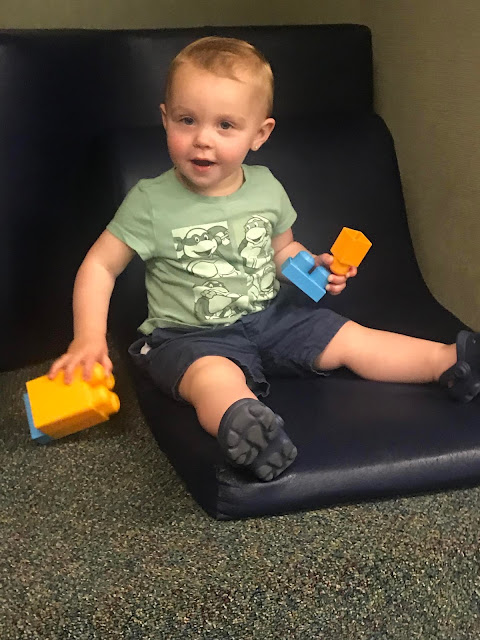 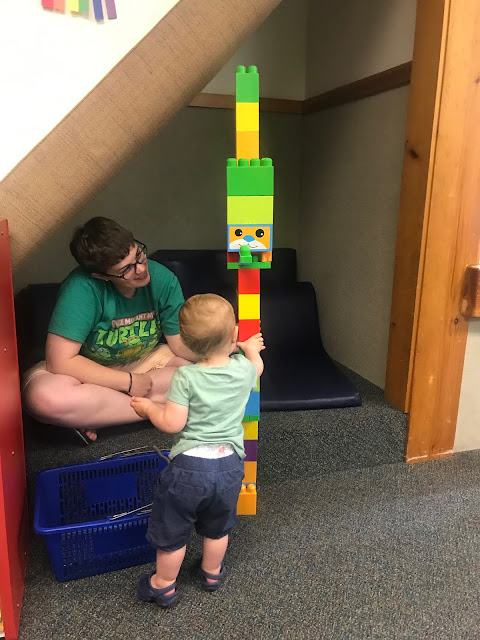 Played and checked out some books at the library..... 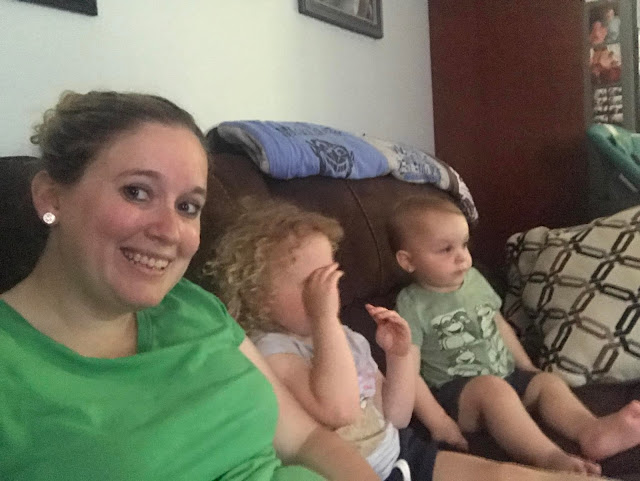 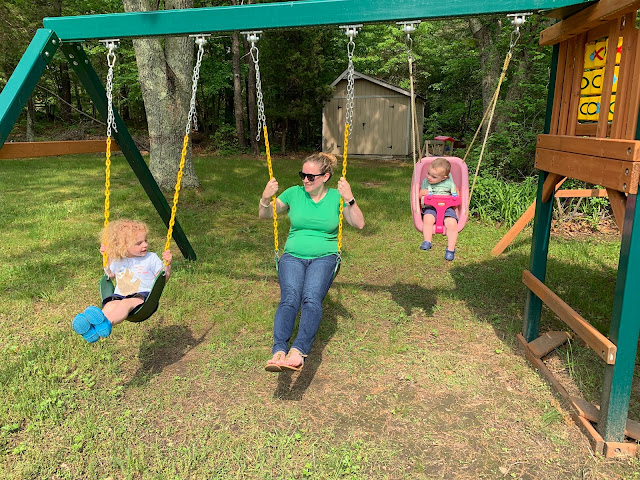 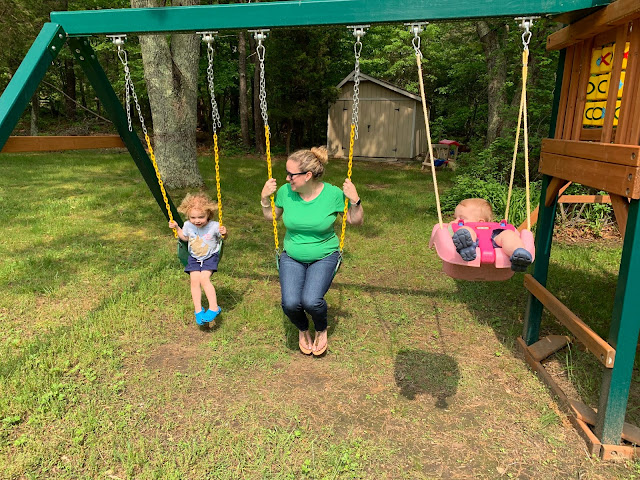 and played outside! It was a super fun day! :) 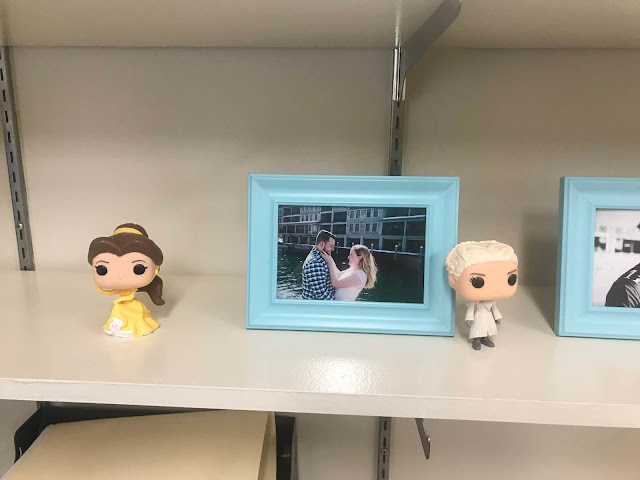 I added Daenerys to my collection of badass women! Belle and Dany now hang out on my shelf at work. 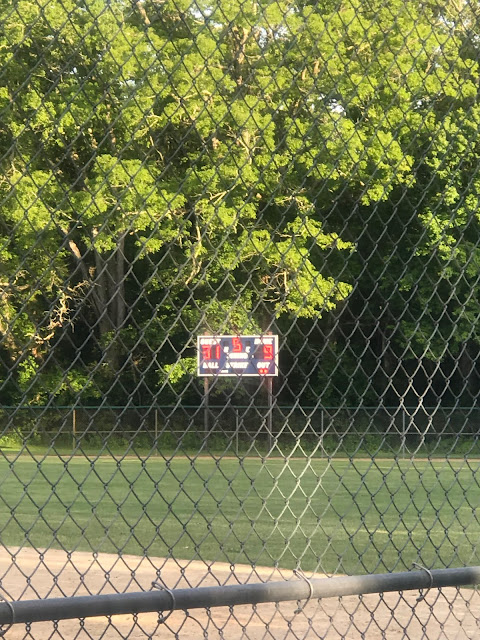 Lastly, I've been attending a lot of softball lately since Tim is playing in his summer league. They won 31-9 last night!

What have you been up to lately? I'd love to hear!
Posted by Melissa at 7:23 PM