Happy December!! I can't believe we are in the last month of the year already, where did this year go?!

Today I want to share with you a little bit of what's been going on lately around here. First up, Sophie's November Barkbox. 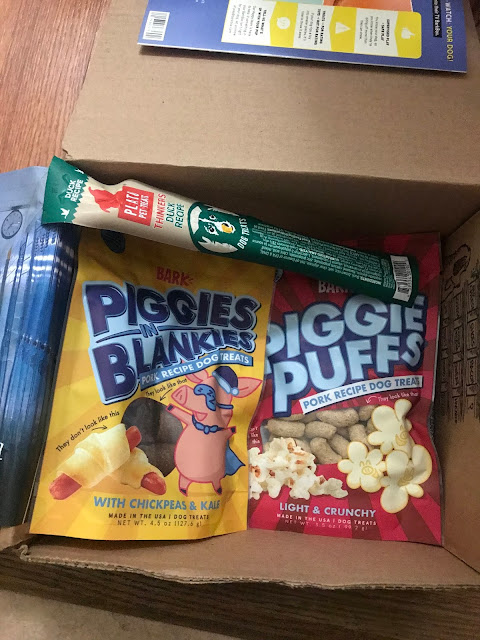 Sophie LOVES when her Barkbox shows up! I swear she can smell it as soon as I put it down on the floor she goes crazy trying to get it open. She loved the Piggies in Blankies, those didn't last long in our house! The Piggie Puffs are still hanging around, and she definitely likes them but they don't give her as much joy as the other treats did! The long term chew didn't last long around here, it was gone within ten minutes. 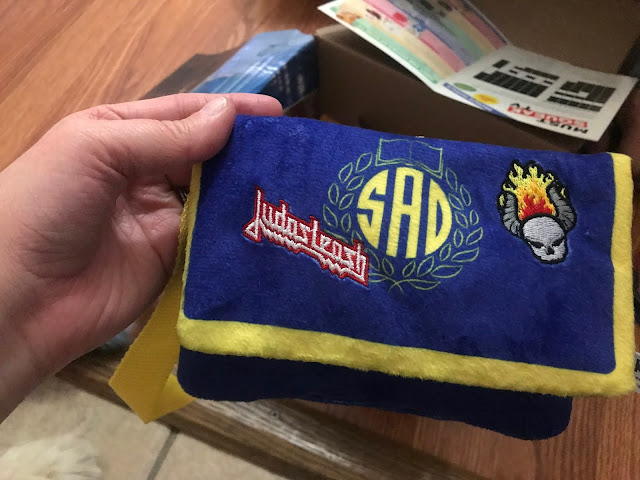 The theme this month was BarkTV and we received the Sloth themed box. This messenger bag is her favorite out of the toys. She loves chewing on the bag strap, I think because she thinks it's something she shouldn't be chewing on, and she carries this toy around quite a bit! It's also been great for working on tugging because it's easy to each grab a side. 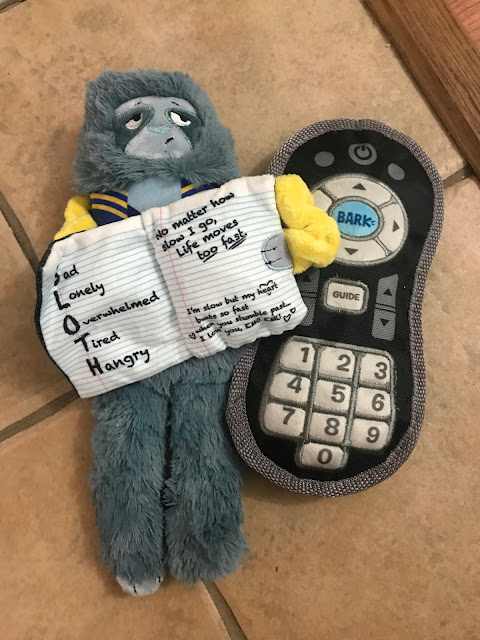 She also loves these two toys. The sloth has lost an arm but he is a favorite around here. The remote has three squeakers inside and she often will bring this over to us to throw for her. Sophie has SO many toys and she will often be laying on the floor surrounded by toys and still get up and go to her toy bin to dig for a toy she wants.

We ordered a new Beautyrest bed for Sophie... 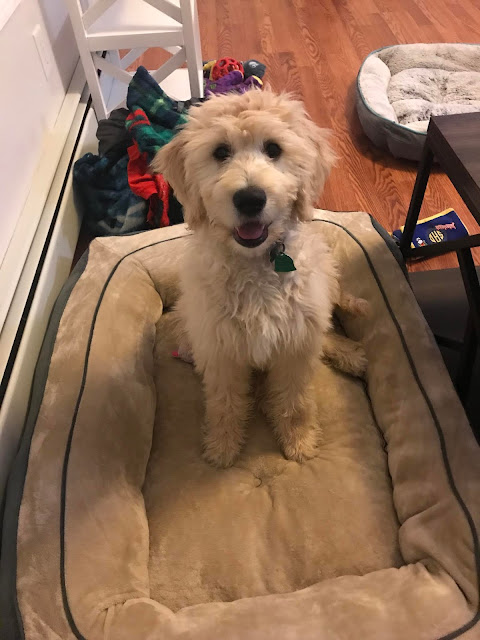 It's her big girl bed and she is starting to really love it! This came from Groupon and I highly recommend you purchase a dog bed off there rather than in store, the prices are so good! 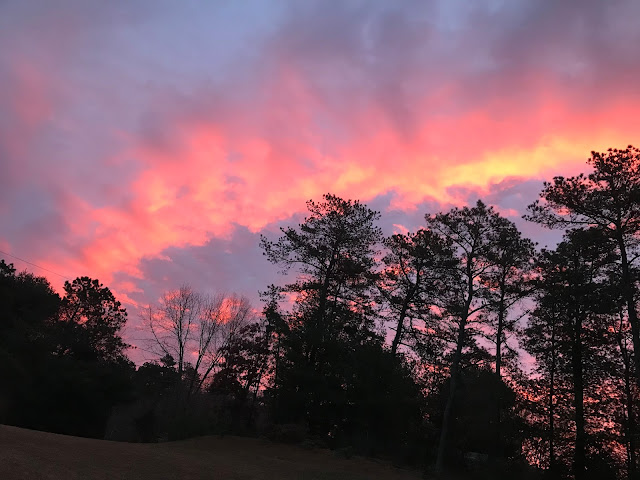 One morning when I had Sophie outside this was the sky. So pretty and the camera doesn't do it justice at all!

I also went to see Frozen 2! It was great and I am obsessed with the soundtrack. 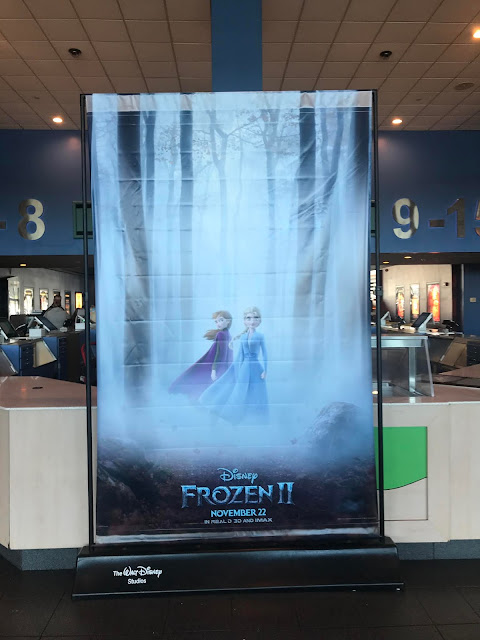 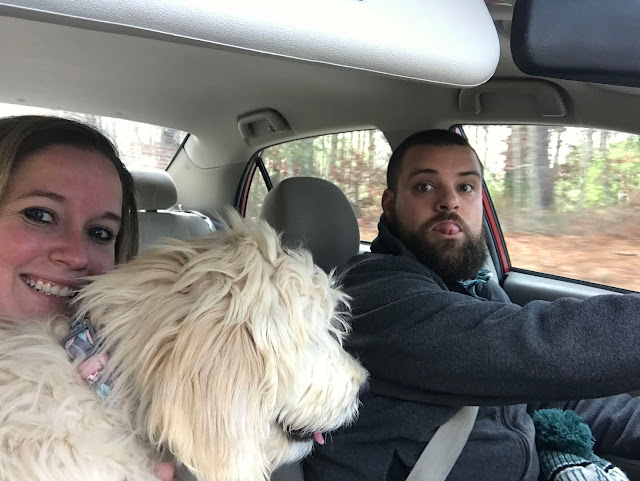 Here we are heading to CT as our family of three. 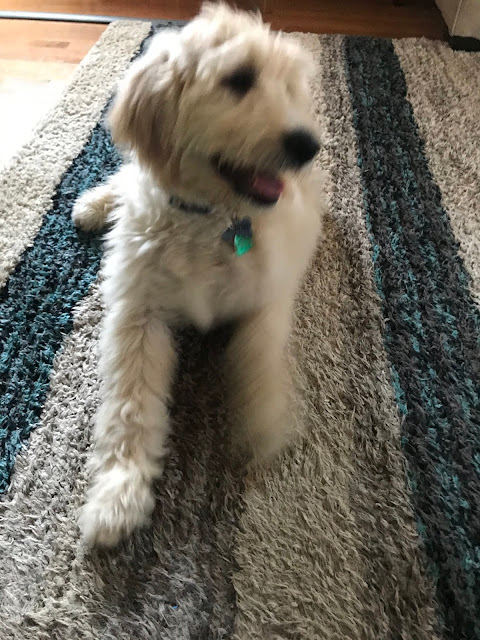 Sophie at my uncle's house. She loves meeting new people! 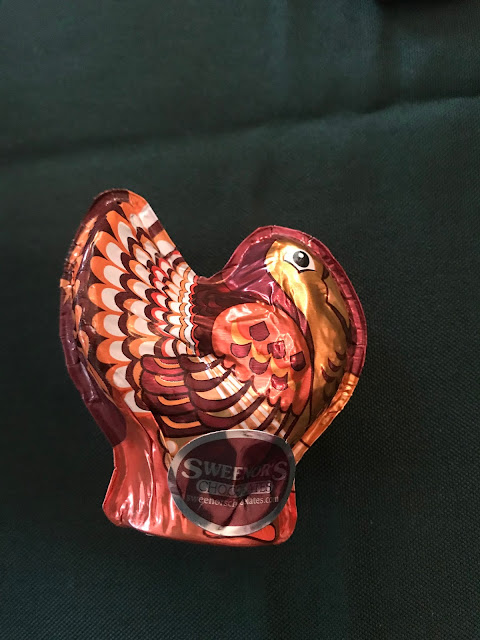 The best part of Thanksgiving dinner! I really am not a Thanksgiving food person and really don't care for turkey, but chocolate turkeys I am all about! 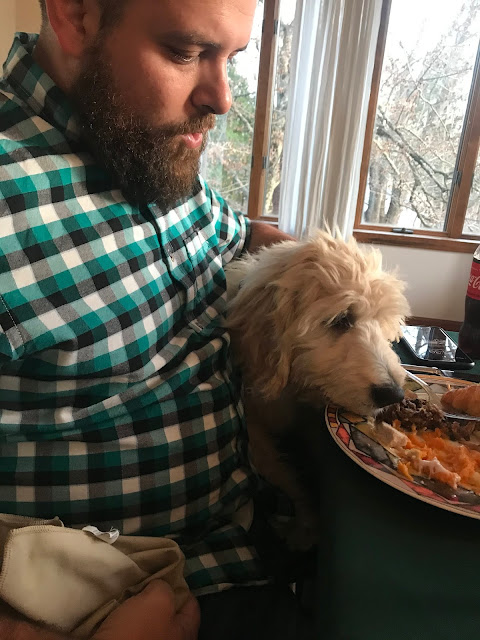 What are you eating dad? Can I have some?

We only gave her one tiny piece of turkey and look how we spent the night..... 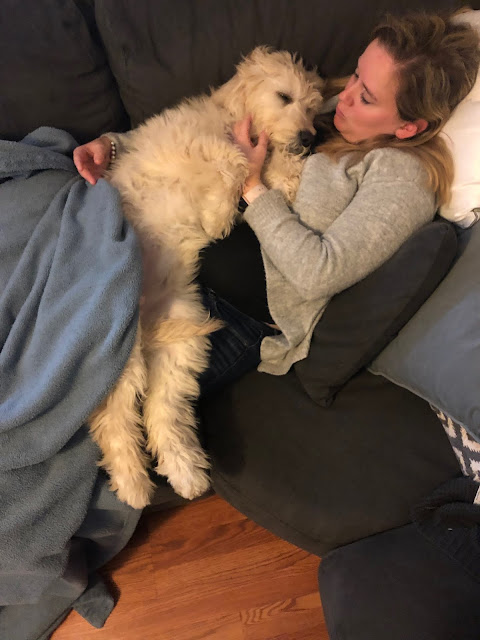 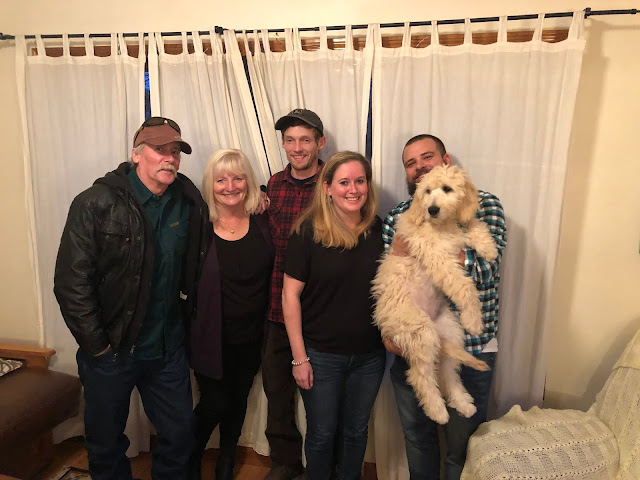 Love spending time with my family!

On Saturday we headed to Thanksgiving number two with Tim's family... 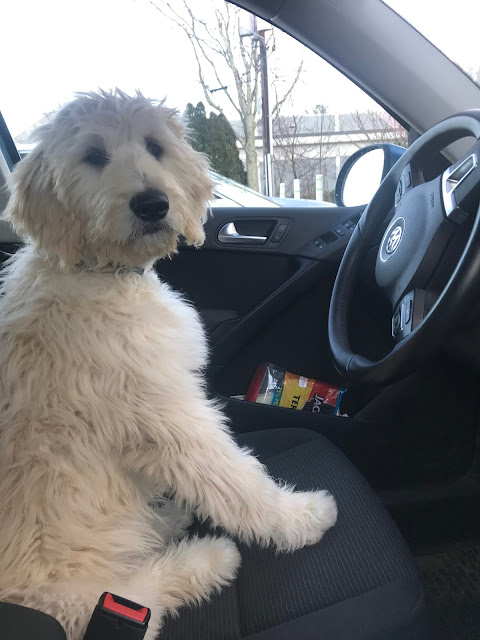 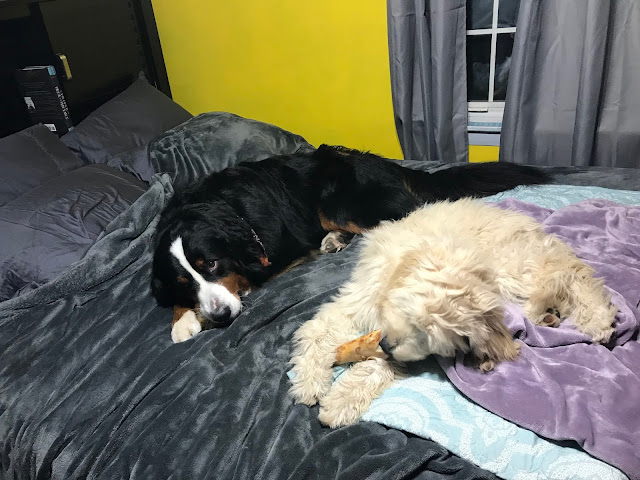 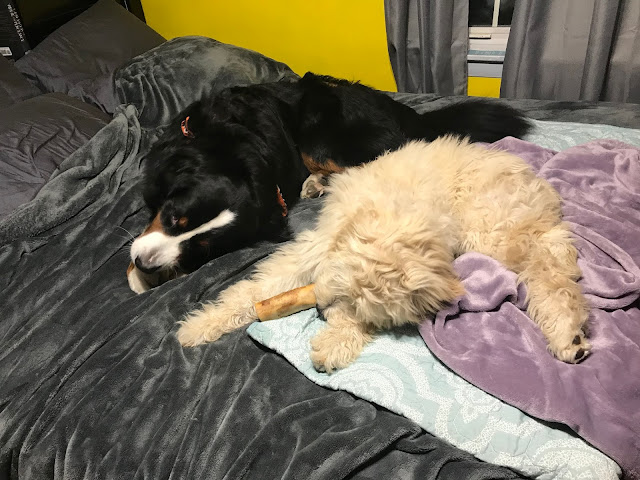 Sophie and her cousin Attie chewing on each others bones. 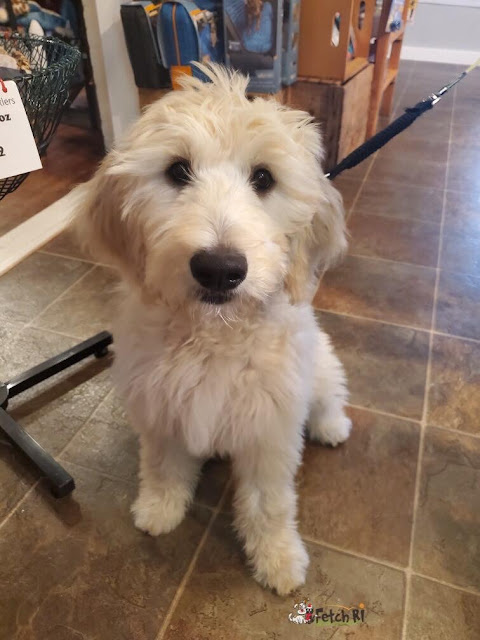 We also stopped by Fetch, a local pet store for small business Saturday. Sophie got her picture taken and posted on their Facebook page! 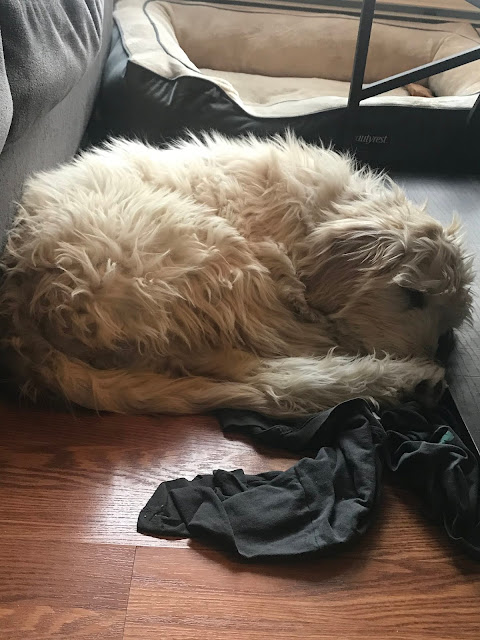 Yesterday was spent lounging around! We definitely needed to recover before heading into the first week of December!

Have a great day everyone and see you back here in a couple of days!