Happy Monday! Today I'm going to share with you a simple chicken pot pie recipe that I learned from Kelly Marie over on YouTube. I slightly altered from how Kelly made hers but I really love how they came out! I ended up making enough for two pies but I will list everything as if you are going to make one pie to make it easier.

If you check out Kelly's recipe you'll notice I made my chicken differently and I didn't include a veggie that she did but I was pleased with how mine came out so you could really do it either way, or change it up and make it your own!

(All veggies should be cut up into small pieces. I made mine super small due to my preference)

So I immediately got to boiling. I cut up my potatoes and carrots and tossed them on the stove in boiling water. I added the peas and corn as well.

In a separate pot of boiling water I boiled a chicken breast with some salt and pepper until I could shred the meat easily.

I laid out my pie crusts so they would thaw a little bit before needing them.

I strained all the veggies I boiled and then shredded all the chicken.

After a couple of minutes of the garlic in there I added everything else into the pot. All the veggies, chicken, milk, and the cream of chicken soup. I also put in salt and pepper. I didn't measure that out, I just did it based on what I thought would taste good.

After five minutes of letting this all cook I scooped the mixture out and put it in my pie crust.

I took the rolled pie crust and placed it over the top, cut off the excess and then pinched the sides to close it. 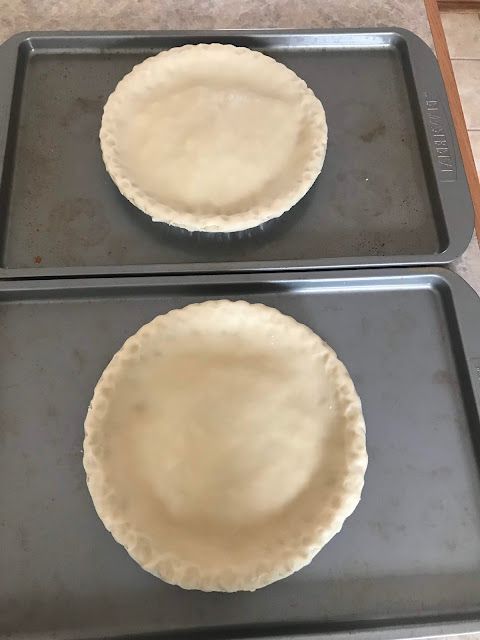 Here are my pies ready to go into the oven! 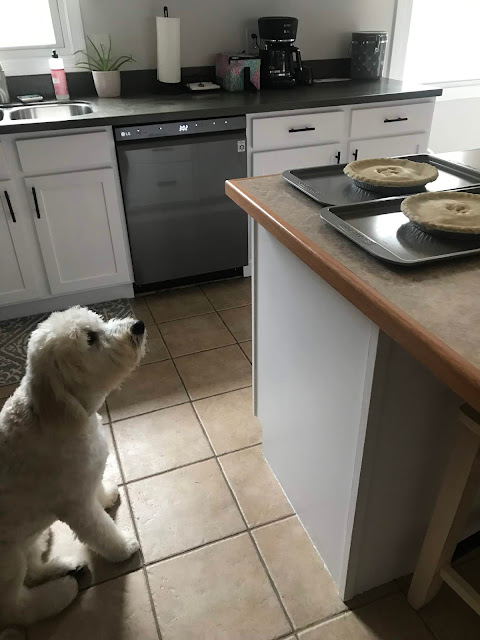 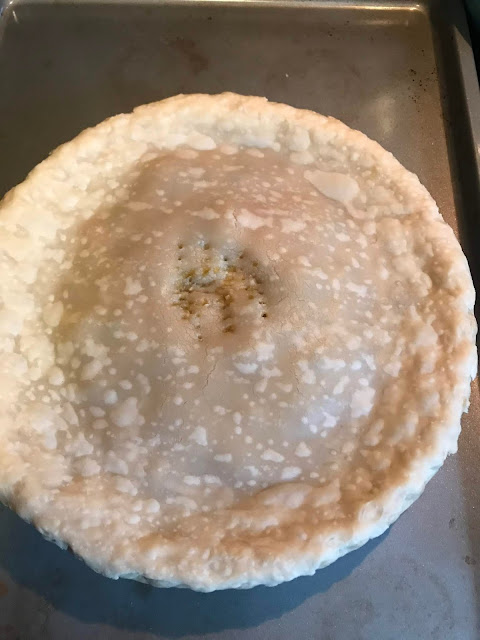 It came out smelling great! After the 30 minutes, let it sit for a few minutes and then dig in! 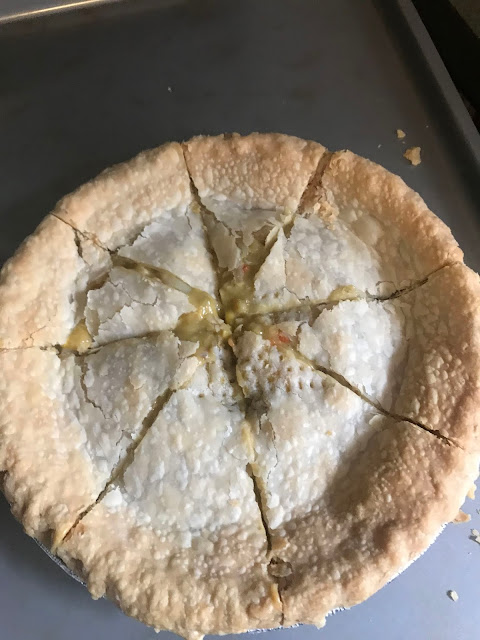 This was such an easy recipe, there was just a lot of prep work cutting up and preparing all the veggies. Kelly made seven pies in her video and she freezes them for easy meals which I think is a wonderful idea! I made both and cooked them immediately knowing that we can easily eat them for lunch and dinner throughout the week.

I love Kelly's videos, particularly all of her cleaning motivation videos and you should 100% go check out her channel!

Let me know if you try out this recipe!