Another Monday working from home! I think we are on week 6 now and I never imagined that I would ever be allowed to work from home for 6 weeks but here we are! Sophie is thrilled, especially since Tim is home with us part of the time so she has all her humans in one place.

Today we are sharing Sophie's Barkbox for April. She always knows when the box is for her, it is so cute. 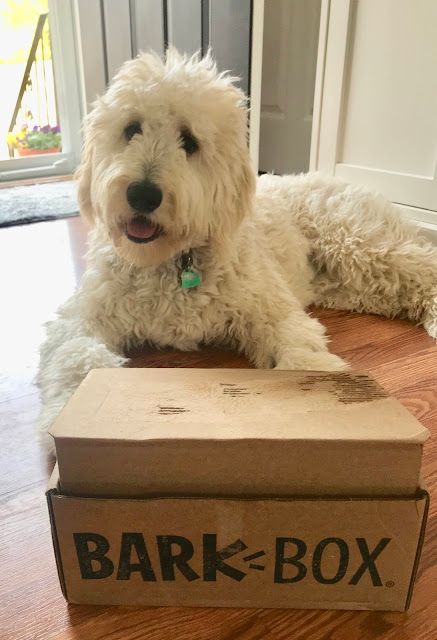 We were waiting for Tim to open up the Barkbox with us at this point, because it's a full family event. 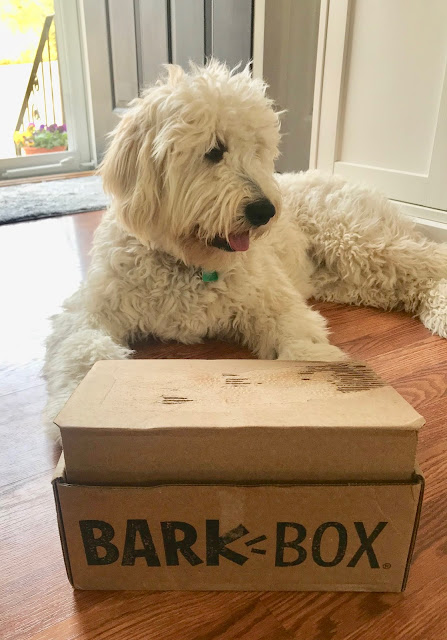 Neither of us will open it with her without the other because we both love it so much! She gets so excited and it's just the cutest thing. 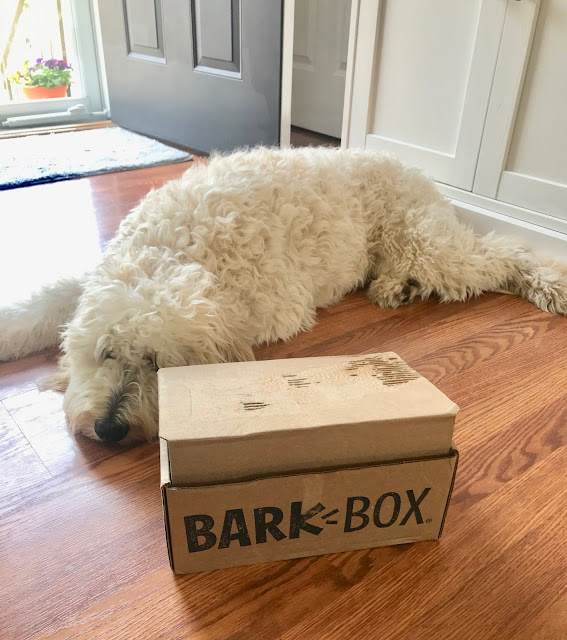 Clearly she was getting tired of waiting for dad. 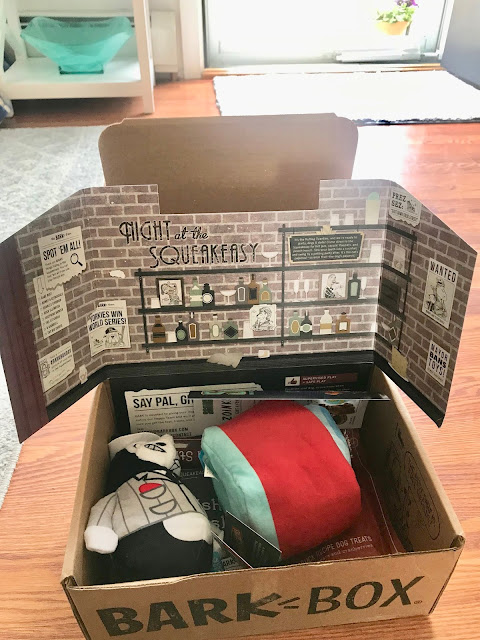 This months Barkbox was themed "Night at the squeakeasy" and we thought it was very cute! I also want to point out that one toy is missing from the above picture because as soon as the lid opened Sophie grabbed the first toy she could get to and ran off. 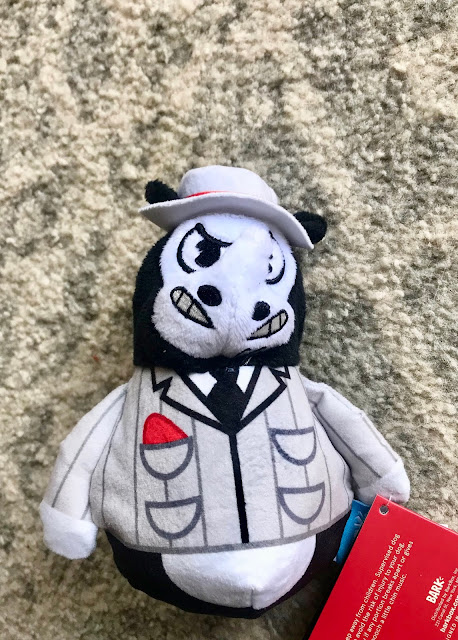 The toys that Barkbox sends over are always super intricate with so many details! I also love that there are toys inside most of the toys so if your pup destroys them then you have a ball or something like that for them to play with.

This is the bouncer who looks super angry. 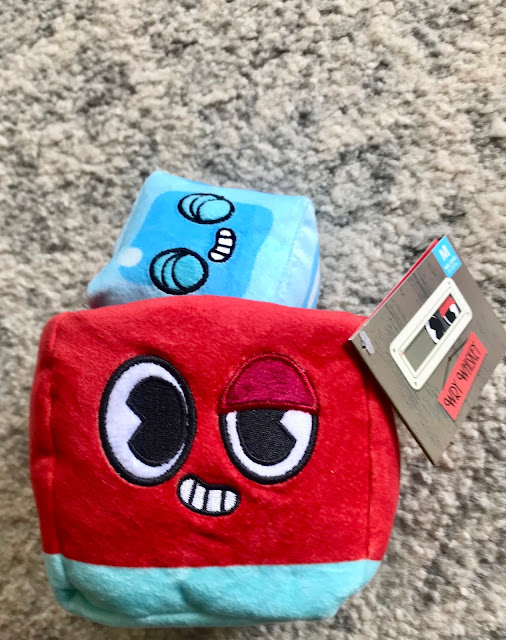 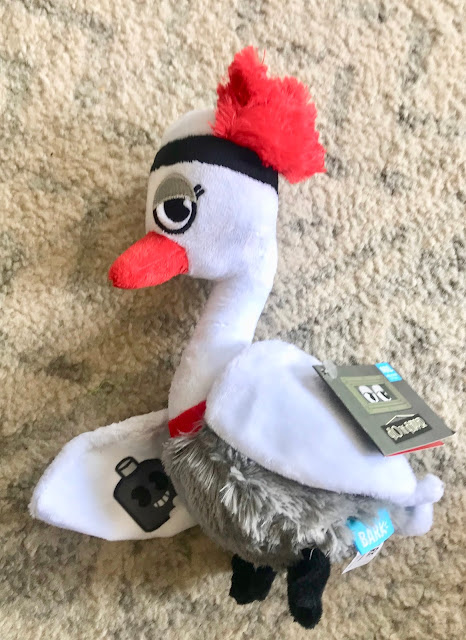 This is the toy that Sophie ran off with, she seems to like this one a lot too! 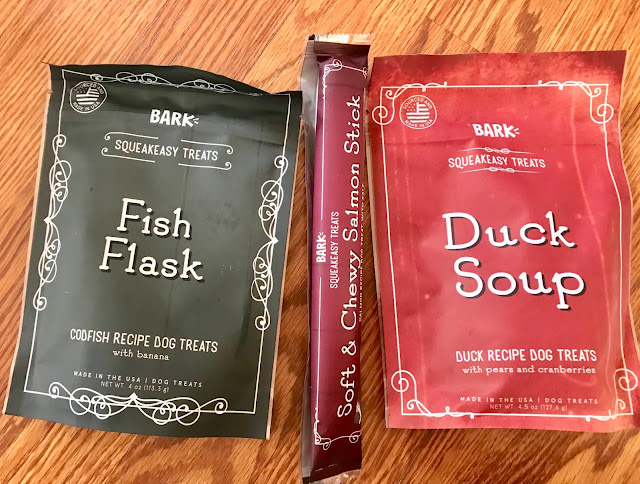 As usual all the treats are a hit with Sophie. She ate her long term chew in about three minutes and we've been giving her treats from the bags whenever she's a good girl which is pretty often.

Do you get Barkbox for your dog? If so, let me know what toys you got this month!