How was your weekend? We kept things very low key around here, mostly just running errands and doing chores around the house. We watched a couple of scary movies on Saturday night (Ready or Not and The Invisible Man) and I liked both of them even though I'm a big scaredy cat. Have you seen Emily in Paris? I'm watching it right now and it's really cute. It reminds me a lot of Sex and the City but on a millennial scale. (Which makes sense because Darren Star...) I've been enjoying watching it when I'm getting cleaning and cooking done. It's very lighthearted and easy to follow, I recommend it if you are looking for that type of show! If you want something a little more intense definitely check out Bly Manor on Netflix. If you haven't watched it already, it's definitely creepy but I love the storyline and that you really need to be paying attention to the story.

Anyways, on to todays recipe! This weekend I made a S'mores Pie and it was delicious. I have been looking at the recipes for this on Pinterest recently and was thinking about making it for Thanksgiving so I wanted to test it out and last night was the perfect night to do that.

I followed this recipe so definitely go check it out but I wanted to share how the process went for me here as well.

I purchased the pre-made graham cracker crust from the grocery store but you can definitely make your own if you are looking for more of a challenge. 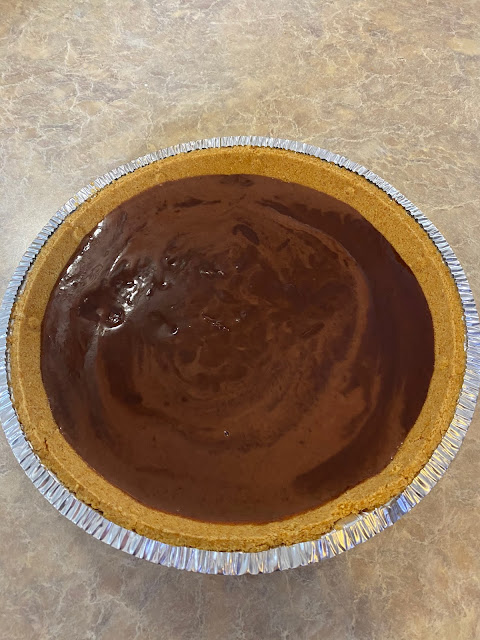 The first step is to make the chocolate ganache which sounded intimidating to me but it was super simple. All you do is mix the chocolate chips and heavy whipping cream in microwavable bowl. I heated mine in 30 second increments and then whipped it until it was smooth.
Then I poured the ganache into the pie crust and put it in the fridge. The recipe recommends putting it in for at least 2 hours. Mine was in for 6 hours uncovered and did just fine.
Now right before serving you need to add the marshmallows and toast them. I used the broiler in our oven for this. (I had no idea we had a broiler) I put the broiler on high, making sure the oven rack was as far up as possible and I only let the pie sit inside for 30 seconds or so. Make sure you are watching it because those marshmallows heat up fast! 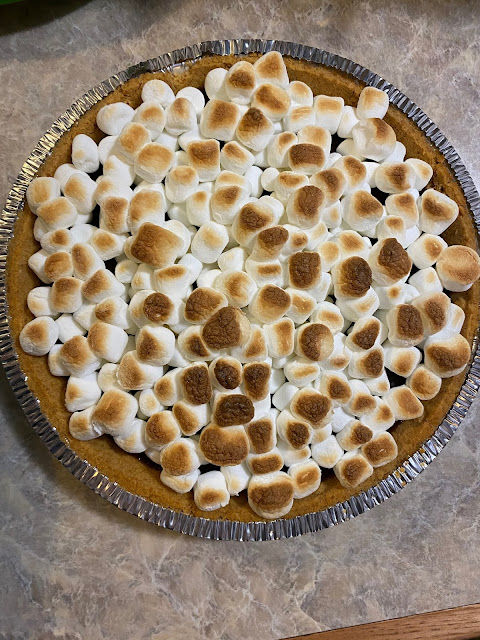 Here is the completed pie. I think it looks amazing!! It definitely is something that looks super enticing and I am seriously considering making it on Thanksgiving. 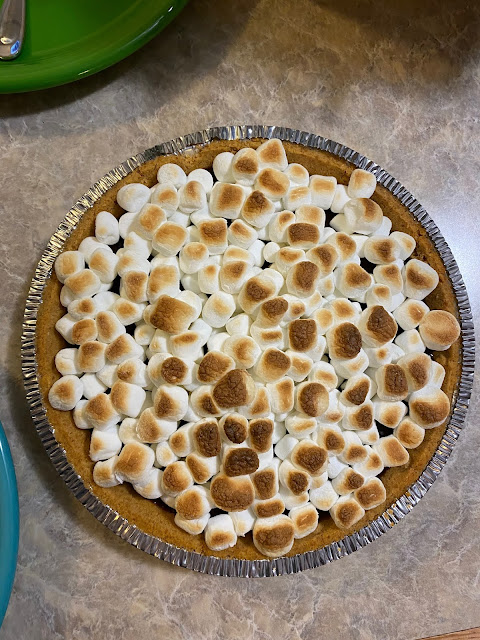 I think it tastes amazing as well. It definitely is super rich chocolate, so if you aren't a chocolate fan you might not like this one. But if you like chocolate and s'mores you will love it! 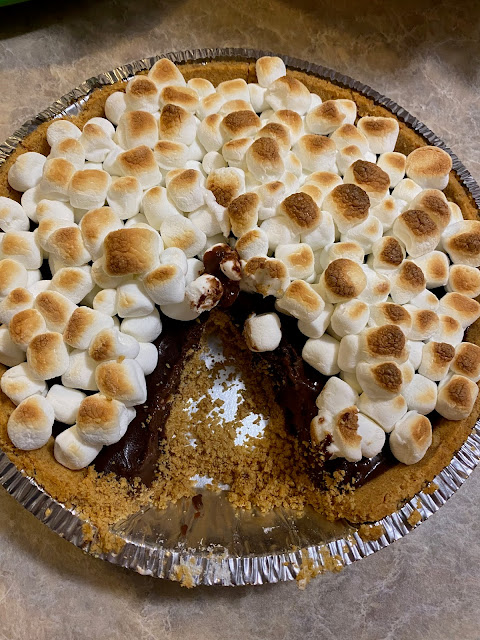 My toughest critic (Tim) said it was good but agreed with me that the chocolate was very rich. He had a piece and I had two (whoops). I think this is such a fun (and easy) dessert and I can picture myself making this for my kids someday!
Have you made any new desserts lately? I would love to know what they are!