Now I've had several people tell me that it's not a big deal for your husband to be able to come to the ultrasound. I've had people share their experiences of their husbands missing one ultrasound or people tell me that ultrasounds didn't exist when they were pregnant. Please don't ever tell a woman that her husband not being there to see their child is not important. For me this pregnancy has been very real from the get-go. I felt sick, we dealt with our twin loss, and I just have felt pregnant. Tim hasn't been able to have any real eye-opening moments to feel like the pregnancy is real. He of course has driven me to two ultrasounds and seen all the printed pictures but he hasn't seen Ellie move on the screen and see how real it is. This was necessary.

After holding out through all my ultrasound appointments to see if he would be allowed in I finally gave in and scheduled a private ultrasound at Babies & Bellies. I picked an $85 basic 2D package which included 15 minutes of ultrasound, pictures and videos sent to my email or phone, and I was allowed up to 6 guests to come with me.

I decided that it would only be Tim and I because we needed that private moment for him to see our daughter for the first time. I thought that allowing anyone else in would take away from that special moment and I really wanted to watch his reaction.

On Saturday we headed into our appointment and got to see our little baby girl. 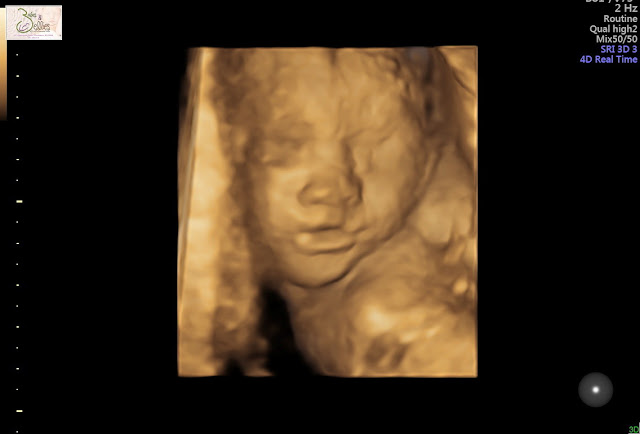 Now, I only paid for 2D...but they showed us 3D!! Look how cute she is! I couldn't see the lower half of Tim's face because of the mask requirement but afterwards he told me he smiled the entire time. I could see the absolute joy in his face though, it was such a special moment. 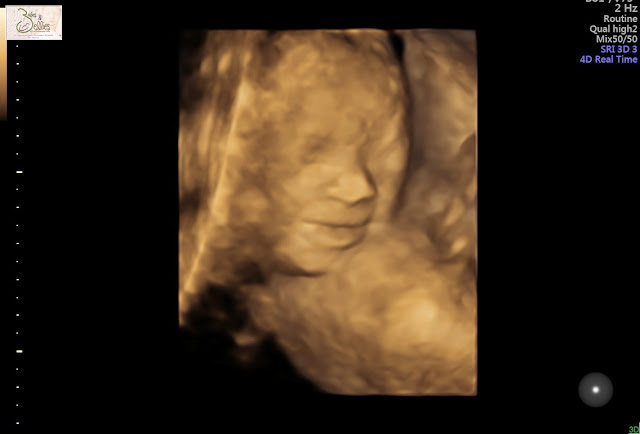 Of course I had only seen her in 2D up until this point so this gave me a better idea of what she actually looks like. It's still hard for me to get a good idea of what she will look like when she's on the outside. Our ultrasound tech was amazing and really took her time showing us everything. She showed us her foot that has been resting on my bladder (yup! knew that was happening!!) and showed us that she had her other foot pulled up but her face. She was trying to suck on the cord and also had her hand up by her face and was trying to get her thumb in her mouth again. 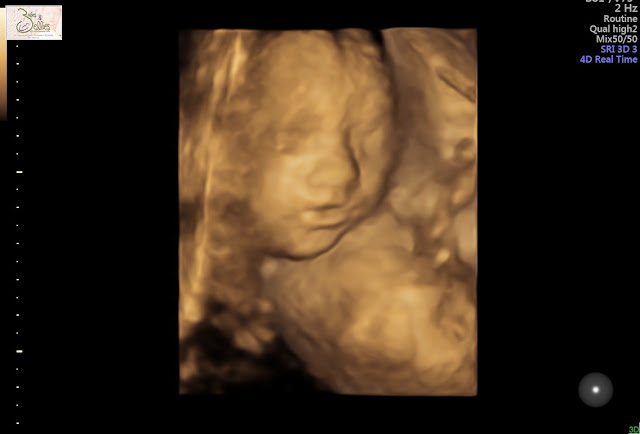 Her lips looked so full and I do think she has my nose, but it's hard to tell for sure! The ultrasound tech also told us to come back again so we could see her better when she's bigger. I am not sure that we will because it is pricey but it's nice that they offer multiple sessions if you'd like to do that. 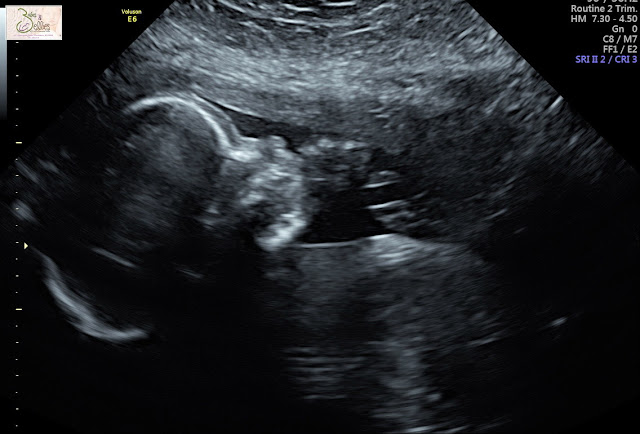 Here's the 2D image, such a difference!

Overall, it was an amazing experience and I am SO glad we went for the private ultrasound. If you are in the Rhode Island area I highly recommend Babies & Bellies. Everyone there was so nice and they send you off with a little gift bag full of free samples when you leave which is so sweet.

Have you ever had a private ultrasound?